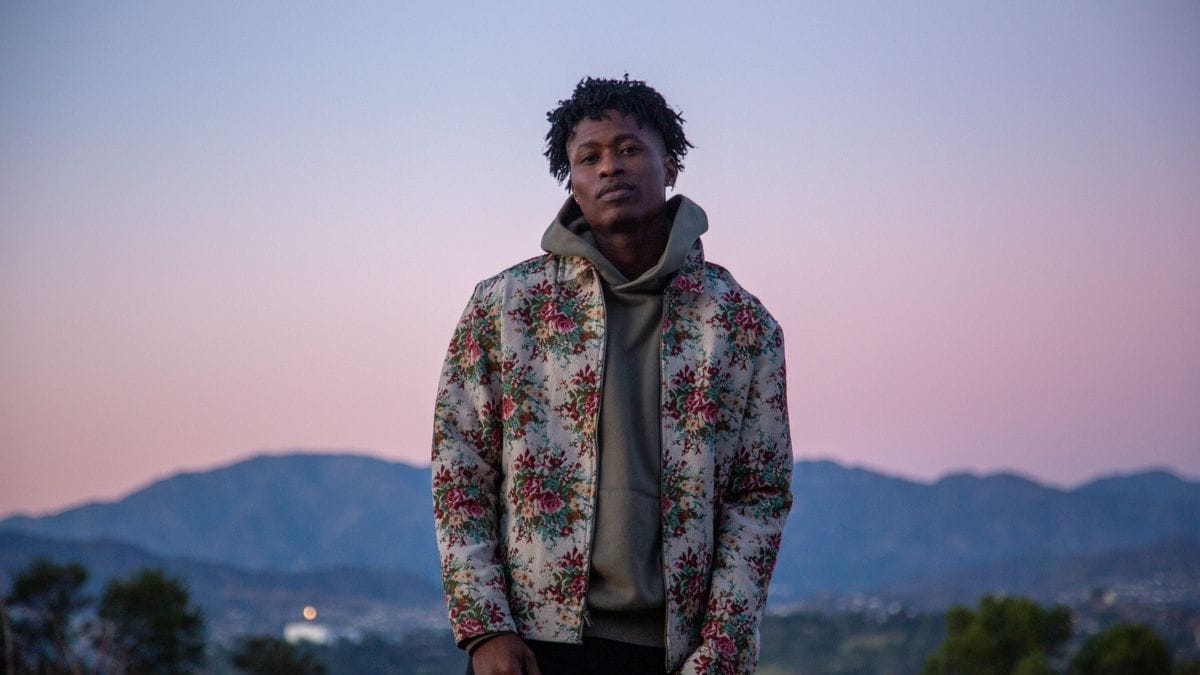 When the pandemic hit in 2020, and many people retreated into isolation, Lucky Daye went the opposite route: he started recording collaborations. He released a deluxe version of his 2019 GRAMMY-nominated album, Painted, adding new songs with Babyface and Victoria Monét, and recorded a slew of features, lending his talents to songs by Leon Bridges, Kiana Ledé, Buddy, SG Lewis, KAYTRANADA, and more. It’s only fitting that Lucky’s first project since then, this past Valentine’s Day’s Table For Two, is an EP of duets.

Each of the EP’s collaborations—songs like the wrenching “How Much Can A Heart Take” featuring Yebba, and the pulsing “Access Denied” with Ari Lennox—came together organically. They were all lying dormant, awaiting a home. If not for Lucky’s previous managers, who took the liberty of playing these songs for Lucky’s record label, they may have never seen the light of day.

Equally important to Lucky, however, is the narrative this project creates. He wants it to be an accessible crowd-pleaser that will cleanse his audience’s palate before the arrival of his second solo album, a project he anticipates being far weirder and more idiosyncratic. “It’s always a fight,” he says. “It’s always a battle between wherever your music is coming from and wanting to fit in. I felt like I wanted to fit in. I wanted to create something that was easily digestible—something sweet that anyone could have—and save all the nasty stuff that’s good for you for later.”

Table For Two is a smooth listen, overflowing with swirling choruses, gorgeous harmonies, and Lucky’s stunning vocal tone. From Tiana Major9 to Joyce Wrice, the album’s costars all match Lucky punch for punch, fitting their voices around his like puzzle pieces and creating a fuller emotional picture to understand the stories of these songs. It’s the perfect cap to Lucky’s year of incredible collaborations. 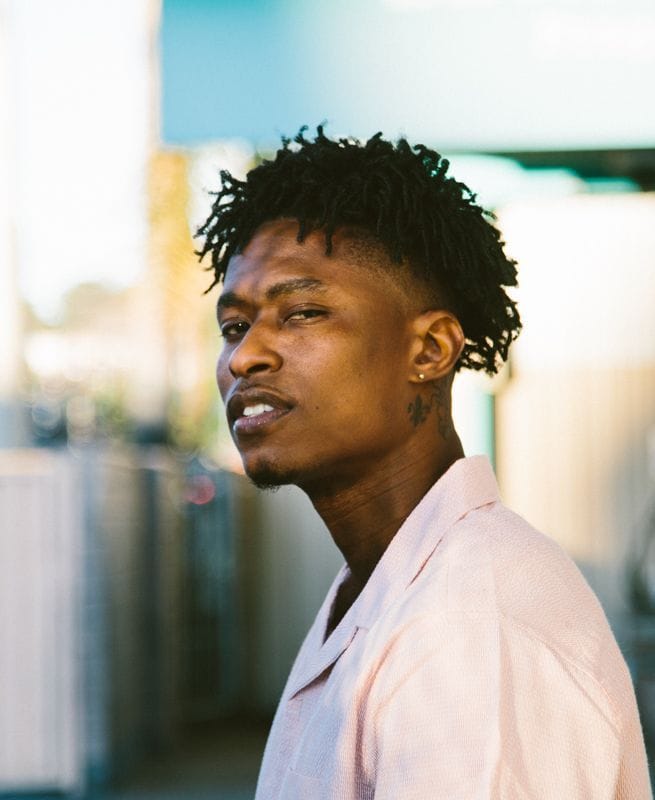 When the pandemic hit last year, a lot of people started working in isolation. You did the opposite. What was it about the last year that put you into such a collaborative spirit?

How does your writing approach differ when you’re going to work on a song with someone else? Do you try to write lyrics that can accommodate someone else’s side of the story?

Yeah, I do. I enjoy channeling other people’s emotions. If I’m going to the studio by myself, I can literally just not say a word. You might think I’m on Instagram or something, and I’ll have a whole song written. Just in a little second.

When I’m writing with other people, I like to l venture out. I feel like every great artist does it. Even Michael [Jackson] went to Quincy [Jones]. I feel like I needed to branch out and make my tree bigger. That way, I could give myself more room to come back to the crazy stuff I do by myself. I know I do weird stuff. My intention with this EP was to come to the surface, and now I’m going back in my hole.

The first thing that struck me about this EP is how great the harmonies are. As a listener, I have to imagine recording harmonies is an incredibly intimate experience. I mean, you’re literally in harmony with someone. Would you say that’s the case?

The harmony thing is incredible because on both sides, for both artists, we were almost always telling each other we didn’t think our own parts were great enough. We’d be like, “Nah, I like what you did. Let me do that instead.” It’s a great process because you get to know that even people with great minds second-guess themselves, and they want input from outside. That felt good. It made me more comfortable to do what they were doing because they were trying to do what I was doing.

In rap, there’s this idea you hear in regards to collaborations about artists not wanting to get “murdered on their own shit.” Does that light competitive spirit ever pop up while recording duets?

That’s exactly what it was! Especially with Yebba. She’s one of the best singers right now. Period. Even before I got to the studio, I was like, “Everything she does is going to be great.” So, she goes in and records this little stretch, and it was great. But then she comes out saying, “I don’t like it.” I was like, “Whatever, we’re keeping all that greatness, and then I’m going to put something on top of that.”

But then I was like, “I don’t know,” myself. And everyone was like, “Nah, keep that. Keep that.” It felt free at that moment because we both kept deferring to each other. But then we took it home, and we started thinking another thing. Like, “You ain’t about to kill me on that rhyme.” “Oh, you said that? No, I gotta rewrite mine now.” 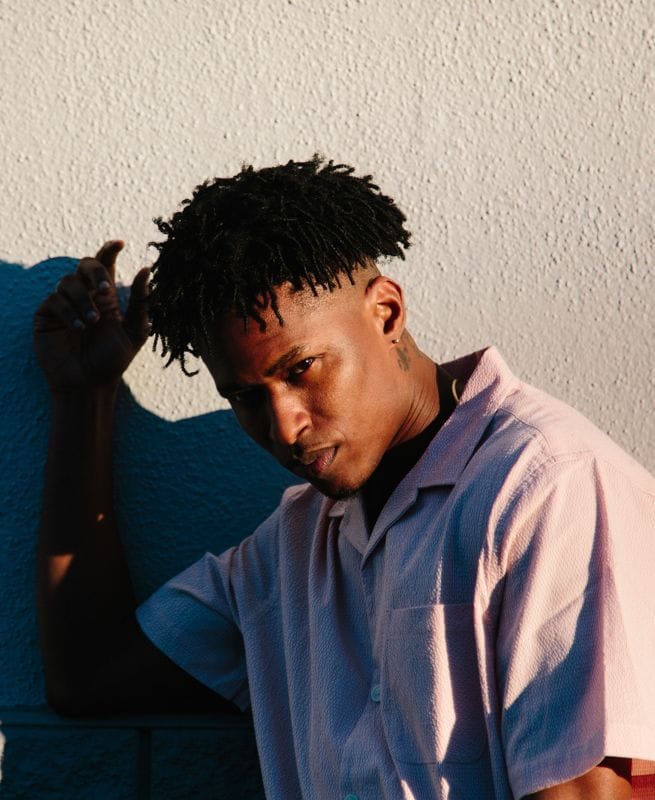 Two of the artists you worked with on Table For Two, Mahalia and Tiana Major9, are both British. Was that a coincidence, or is there something about the R&B scene in the UK you really enjoy right now?

The thing about people from Europe and London is they have this sort of melancholy love. It’s super mushy. American R&B is more sharp; you know what I mean? It’s right in your face. You don’t have to think about it. Usually, when I hear music from the UK, I hear rain, even if there’s no rain in the song. So I had to include them. It was a no-brainer.

As someone who just released an entire project of duets, why do you think we see fewer and fewer duets in today’s music scene?

I think it’s because sometimes it’s hard for artists to get along. We stand for what we believe in. And if you’ve already made it, it’s easy to be like, “I made it doing this, so I’m going to keep doing this.” When you’re a creative person, and you make music together, it becomes deeper than just music. You start to feel like you’ve known someone for a long time. Some people don’t want to get that connected.

I read somewhere that you wanted to put this album out before your solo album because you wanted to give the listeners “a serving of cheesecake before kale.” Can you elaborate on what you meant by that?