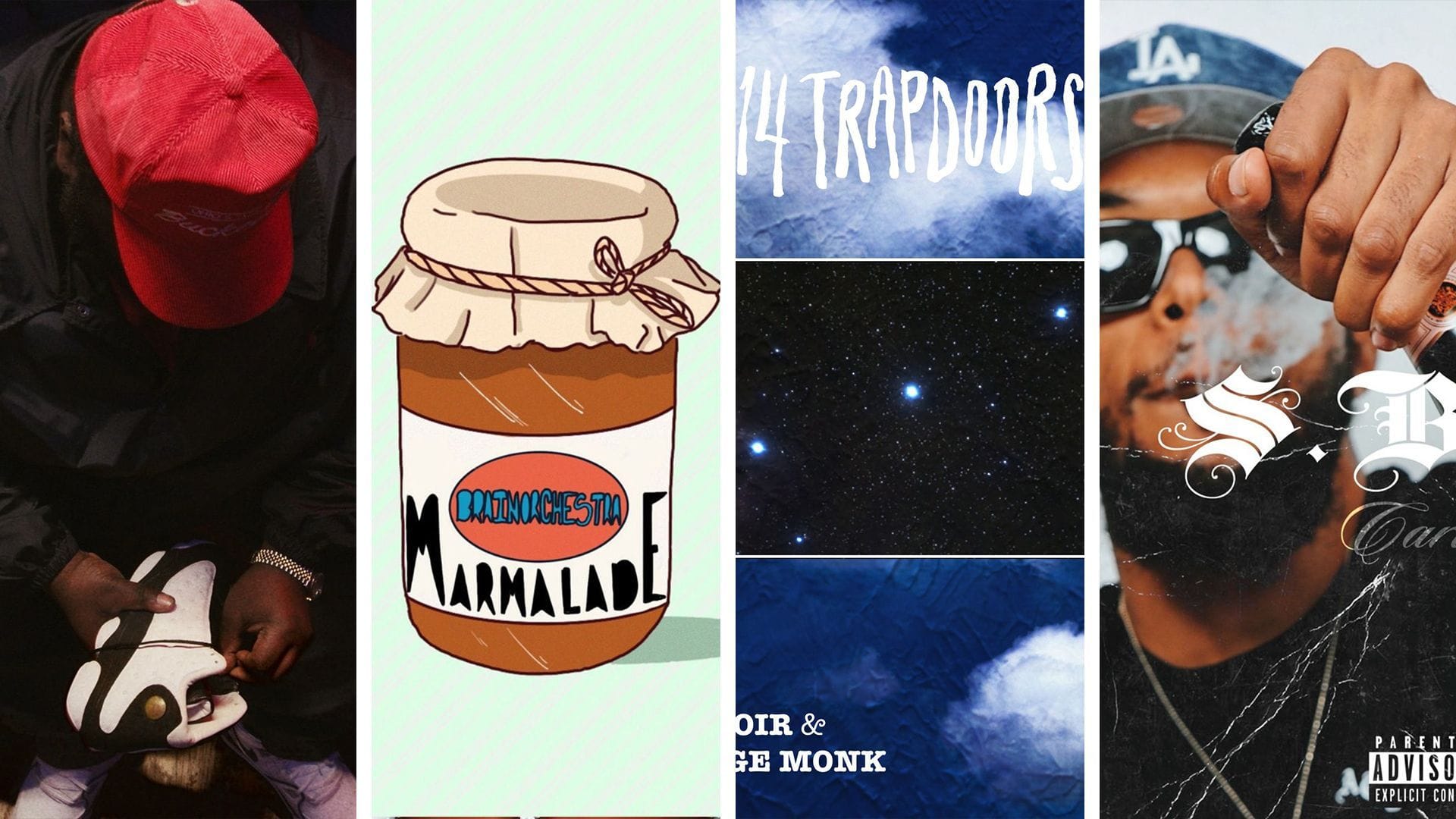 Chuck Strangers is fearless. “Regular Season,” the first single from his forthcoming EP, Too Afraid To Dance, offers a tighter look into his state of mind. A haunting orchestral loop billows under Chuck as he waxes about the revolution, reconnecting with old friends, and the kind of courage transparency requires. The vocals are so distorted that it sounds like you’re listening through an AM radio. Yet, Chuck has the newfound confidence of someone who wears alligator shoes; his signal is clearer than ever.

New Jersey rapper/producer Brainorchestra. revels in jazzy, shit-talking energy on “FOES,” a standout track from his latest EP, Marmalade. He wastes no time finding a pocket in producer Roper Williams’ silk-smooth beat and nonchalantly strolls across it. He’s not just counting money; he’s making it “do the tango / With my feet up, hammock swinging, eating on some mangos.” Even at his most aggressive, Brainorchestra.’s flow makes the difficult feel like a fruit-scented breeze.

Watching a trio bounce off each other in real-time is one of rap’s simple pleasures. Buffalo crew 14 trapdoors—composed of rappers Short Moscato, Bendyface, and Wza—use chemistry to their advantage across their single, “Orion’s Belt.” Fellow Buffalo native Camouflage Monk’s beat sparkles as the three trade bars with guest Che’ Noir. The song doesn’t have an overriding concept, with each verse jumping from braggadocio to investment bars, to cheating death over moved drugs. Each rapper gets an interesting story off under the moon of Monk’s glittering beat.

Virginia hip-hop has seen an uptick in talent over the last few years. Monday Night is one of the latest rappers from the Richmond area to make noise over gorgeous loops. He does so on “SDot Carters,” a standout song from his latest album, S. Block Carter. Producer Jwizdum’s soft drums, synths, and vocal coos toe the line between triumphant and subdued. Monday Night and guest 3WaySlim testify about relationships, money, and guns bigger than comedian Bruce Bruce. “SDot Carters” is a short but potent blast of personality as suited for drives at dusk as it is for anyone on their grind.