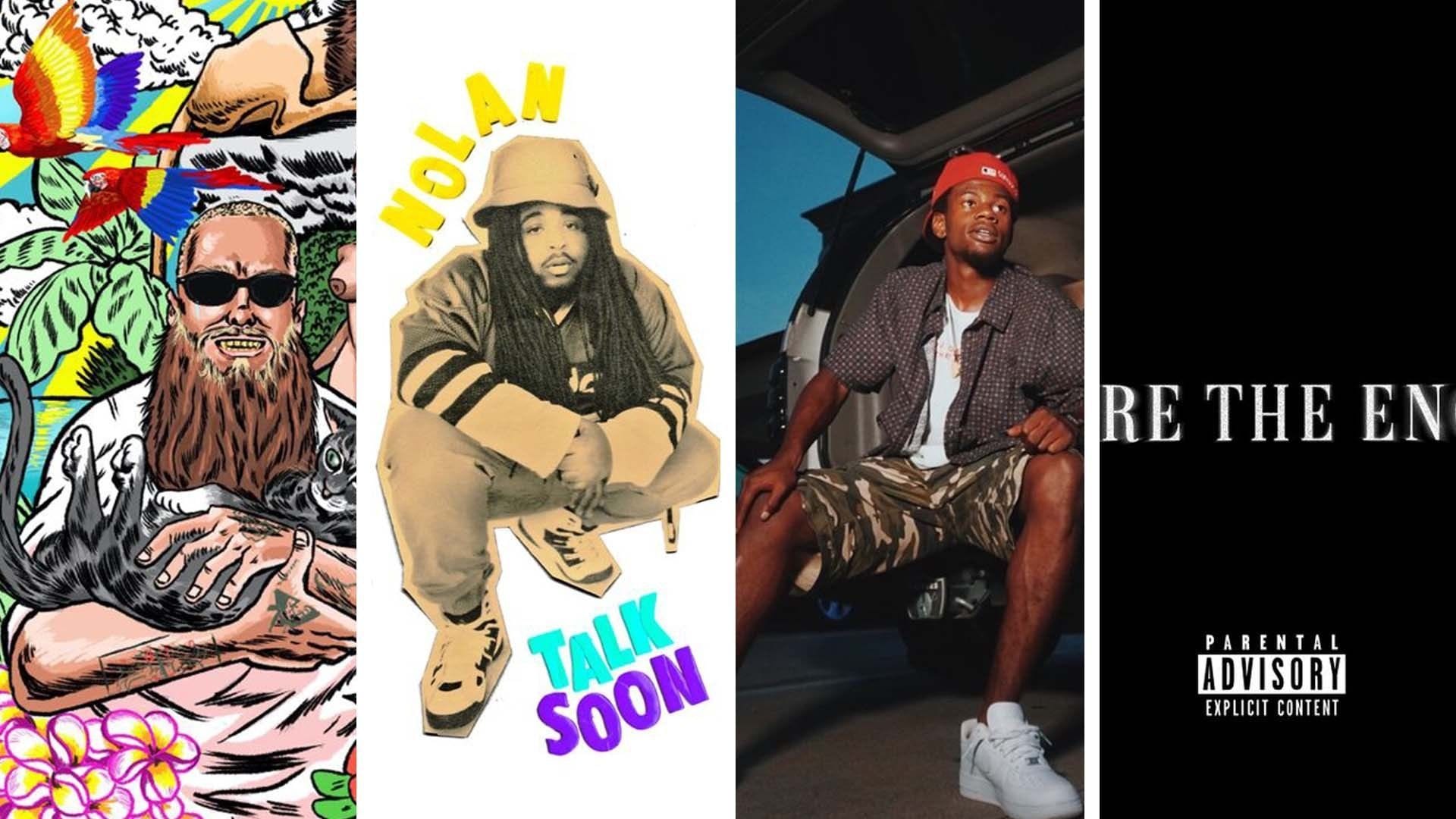 New Jersey rapper CRIMEAPPLE’s rhyme patterns turn bar structure into a lurid game of hopscotch. On “Pistachios,” a standout song from his latest project, If I Don’t See You In Paradise, CRIMEAPPLE offers a mouthful of images over RLX’s hazy beat. Spliffs are rolled while CRIMEAPPLE and his friends debate the best Al Pacino movies and friends cockblock each other in Creole. The stories are lush, mysterious, and intriguing enough to keep you coming back for seconds.

NOLAN consistently finds beauty in simplicity. There’s something soothing about the way the Detroit rapper/producer can sound as comfortable over a cacophonous sample as he does over the more stripped-down production he tends to prefer these days. “Go’Head,” the debut single from his upcoming album, TALK SOON, solidifies this tradition. He sounds confident over the sturdy drums and clicks of the song’s beat: “I’m naturally stoic / All my moves are historic.” He sounds like an antihero on the cusp of a master plan, kicking shit about his Apple wallet and catching flights while plotting his next steps.

wheards and danny watts find clarity in the somber. On “Mathmatics,” the Texas rappers join forces on record for the first time to parse through their thoughts over some uncharacteristically moody production from kenny segal. The beat billows and wails like a spirit as danny opens the song with an emotional balancing act: “What started out as a person submerging from the perfect fall / Turned into something more beautiful than previously recalled.” wheards follows by adding the positives and negatives of his life and ending with a succinct note: “I could be gone tomorrow; enjoy today.” The thoughtfulness of “Mathmatics” helps it become more than the sum of its parts.

J Nics isn’t afraid to talk his shit. The Florida rapper is strapped with the confidence and metaphors necessary to slot himself into a timeless pocket of rap music. “Lyrical Miracle,” a standout song from his latest EP, Before The Encore, leans further into Nics’ talents with a tongue-in-cheek title and more raps to back it up. Producer Trox’s beat twinkles in the background as Nics raps about lessons learned from OGs and claims himself as the Leatherface of the rap game. Nics doesn’t mice words, and that alone makes his stories worth telling.