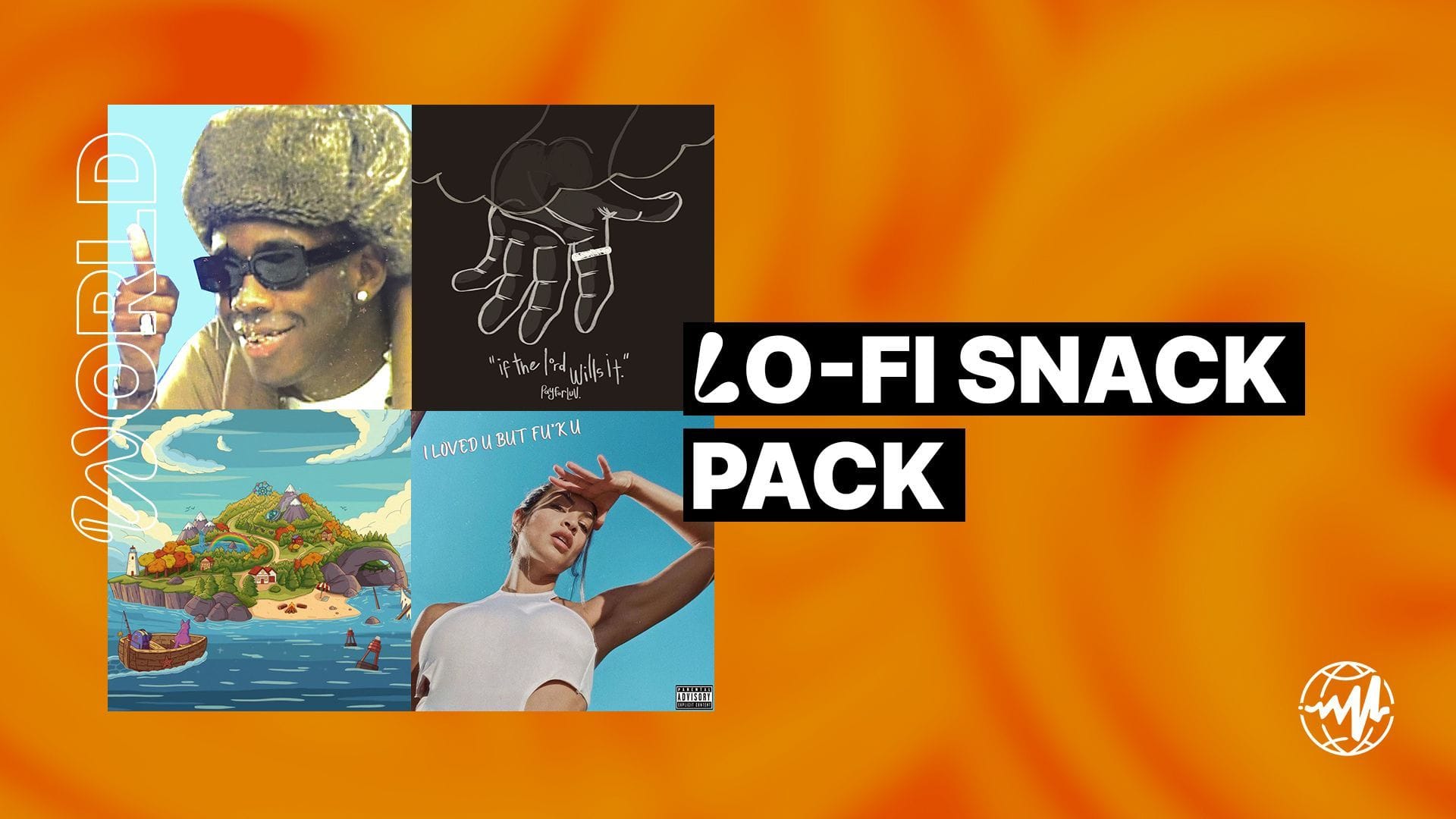 Tyler, The Creator is back in mixtape mode. Much of his latest album, CALL ME IF YOU GET LOST, is back-to-basics rap shit with a slight Tyler twist, and the lead single “LUMBERJACK” is a perfect example. Over bludgeoning drums and distorted synth stabs, Tyler channels the same energy from his pre-album loose singles into boasts about selling out Madison Square Garden, winning his first GRAMMY Award, and the infamous blowback to having Drake as the surprise headliner at his Camp Flog Gnaw festival in 2019.

New Orleans-via-Minneapolis rapper-producer payforluv values concision. On “eddie murphy,” a standout single from his latest project, if the lord wills it, luv condenses years of fights in high school, romantic trysts, and a new interview opportunity into just under a minute of soulful rapping. The self-produced beat, a jittery vocal sample over chopped drums, gives dimension and weight to luv’s come-up and marks “eddie murphy” as a potent shot of rap that goes straight to the brain.

Producer Purrple Cat’s latest album, Adventure Island, is 14 tracks of soothing castaway fun. “Lost Treasure,” a mid-album highlight, marinates in that special feeling of finding something lost to time. Drums, synths, and keys twinkle like white sand reflecting off a padlock. “Lost Treasure” is meditative and leisurely, the kind of vibe you’d expect from anyone who’s stumbled across a secret only they will ever know.

Producer Snoozegod’s music is as playful as it is technically sound. The song “April 16, 2021,” a highlight from his latest project, ILYBFU, packs a fair amount of personality into a 90-second beat. Drums and piano keys anchor the song, but other flourishes help it stand out further: a wispy vocal sample at the song’s beginning; the sound of an iPhone being plugged into a charger. They’re minor touches that keep you on your toes while listening, a way to flesh out the world that “April 16, 2021” creates in a short timeframe.