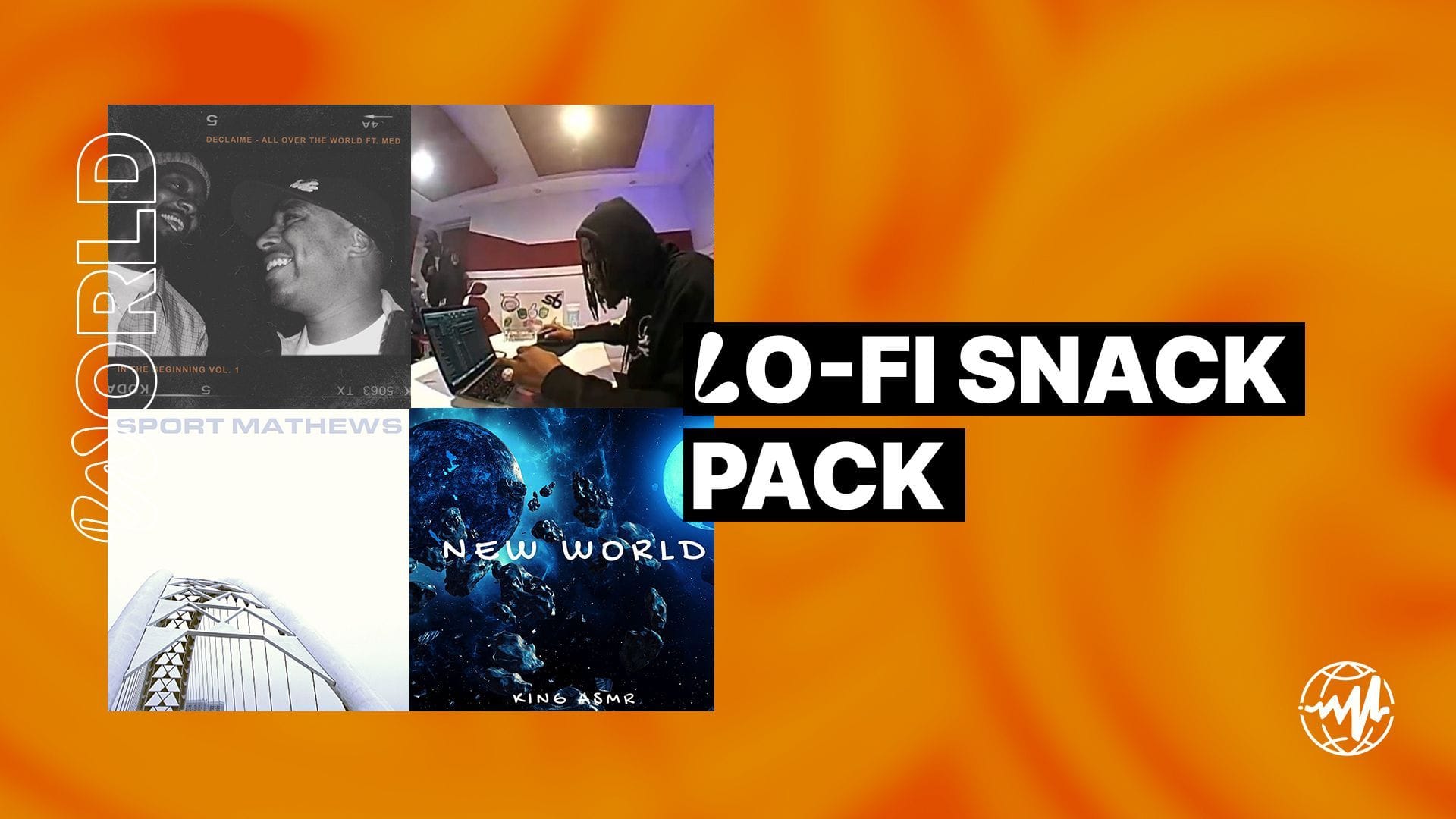 Rapper Declaime and superproducer Madlib have a relationship stretching back almost 30 years. As the duo gears up to release In The Beginning (Vol. 1), a compilation of never-before-heard songs recorded in the mid-’90s, the first single “All Over The World” puts their chemistry on full display. Declaime finds the pockets in Madlib’s shuffling beat, backed by distorted and damp drums and an equally energetic feature from rapper M.E.D. Unearthed rap oldies are worth their weight in gold, and Declaime and Madlib are clearly sitting on the motherload.

The energy of producer Ryan’s latest single “NOW” matches the intensity of its all-caps title with a swelling vocal sample, bass, horns, and a thumping drum line. The song sounds triumphant without sounding overwhelming, just enough to soundtrack a well-earned crossing of the finish line.

On “Touching You/Midas Touch,” a standout single from rapper Sport Mathews’ self-titled album, he boasts about his Midas touch to a potential new partner while drums, synths, and saxophone provided by producers T. Montgomery and Nasty Spock wail in the background. The beat is busy and aggressive at times, but Mathews’ smooth vocals manage to stand out and keep the song tethered to solid ground.

Much of producer kingasmr’s music is girded by a sense of discovery. His latest project, Lo-Fi Space, particularly its standout single “new world,” is no exception. The song opens with a soft bed of synths before twirling arrangements of drums and keyboards enter the mix like asteroids dotting the space coastline. “new world” is the sound I would imagine hearing after coming out of the other side of a wormhole.