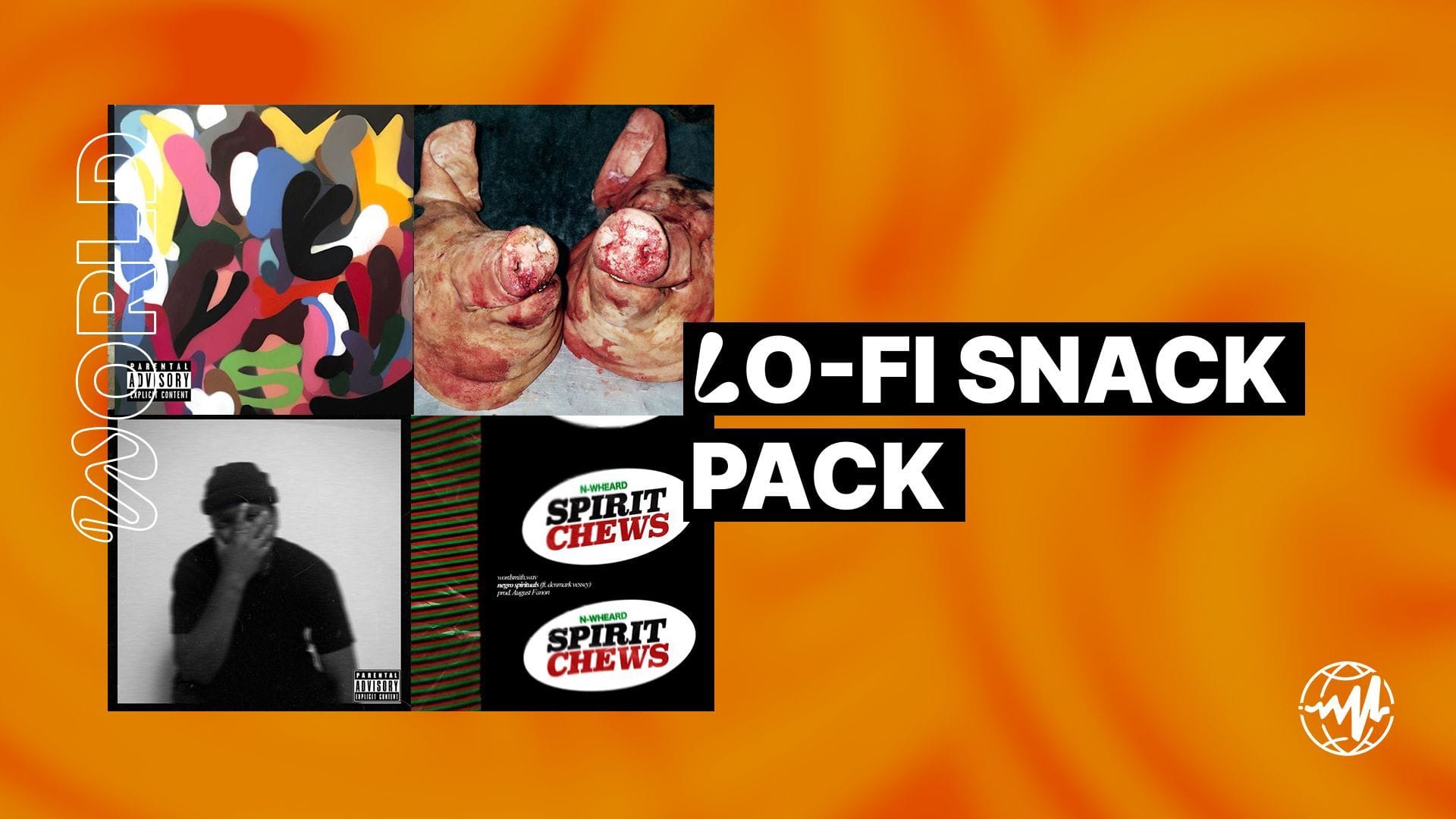 Nothing in the world sounds quite like a Westside Gunn ad-lib. His hi-octave yelps and machine gun sounds ground his best work in concrete and cartoonish ways. Their unique flair energizes “TV Boy,” one of two new singles from the prolific Griselda frontrunner. You might think Gunn would struggle to find interesting ways to rap about cooking dope in Pyrex while wearing Moncler jeans five years after his breakout album, but “TV Boy” is never short of compelling. Griselda’s stalwart producers Daringer and Beat Butcha provide fuzzy drums and piano keys that sound like standing under a bottle tree during a heavy breeze.

“Relaxed” isn’t often a word associated with Armand Hammer. The duo, comprised of rappers billy woods and ELUCID, makes music that pulses with poetic urgency. “Falling out the Sky,” a standout song on their latest album, Haram, slows the pace and deepens the groove without losing any of the duo’s potency. The stoned sway of California producer The Alchemist’s reggae-inspired beat offers plenty of space for guest Earl Sweatshirt to lament his late father (“My father body swollen behind my eyes”); for woods to rap about summers painting houses and blasting 8Ball & MJG from his car; and for Elucid to recall learning how to swim in a pool where a young boy drowned.

Danny Watts is making a mission of holding onto his faith. The Houston, TX rapper’s latest single, “Bang Bang,” is a snapshot of a spiral brought about by a childhood of “pistols and violence” and “broken environments” attempting to sap away at his soul. As he did on his 2017 debut album, Black Boy Meets World, Watts uses music to rearrange the puzzle of his brain and work his way through the cobwebs.

Black music is a spiritual experience. Just ask Texas-based rapper WHEARDS, who makes a solid case on the aptly titled “Negro Spirituals,” a single from his latest project, RTS & CULTR. He and guest Denmark Vessey go back and forth about affirmations, slavery, and code-switching over producer August Fanon’s sepia-toned beat. If a negro spiritual attempts to explain the context and feeling of being Black in America, then WHEARDS, Vessey, and Fanon communicate a beguiling sense of anxiety.