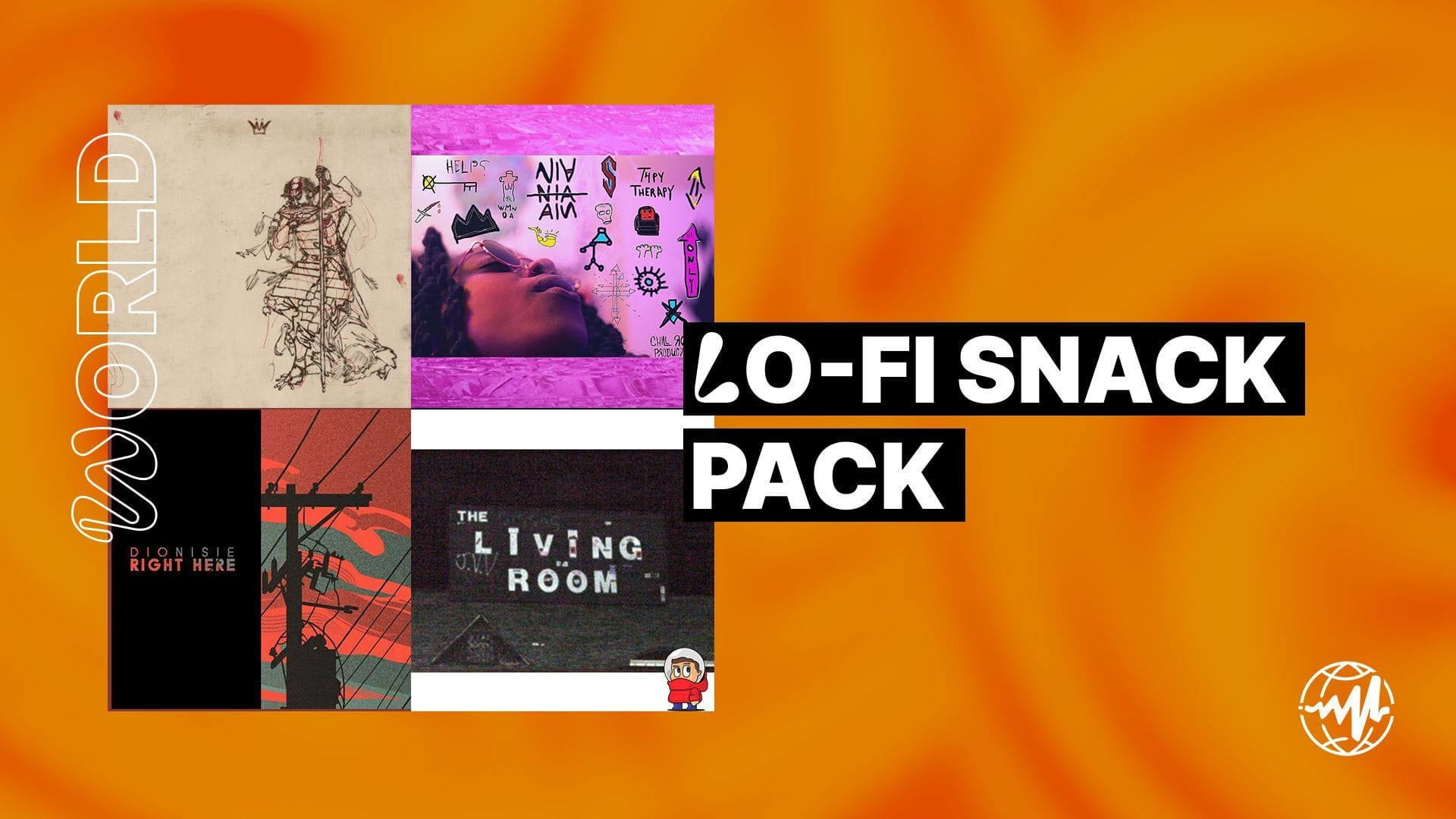 Homeboy Sandman isn’t afraid to embrace the fact that he’s one-of-one. His refusal to make the same song twice is well-known among fans, and on “None,” a standout song from Mello Music Group’s label compilation album Bushido, he lays his thought process out on a table for all to see: “I’m number one, and number one’s odd,” he admits. Over producer Iman Omari’s muted melodies, Sandman is fit to be as strange and wordy as he pleases.

Producer NIA’s “Trippin,” the closing song from her latest project, THERAPY, begins with what sounds like a walk through a crowded mall. The moment acts as a prelude, like the early stages after you’ve taken an edible in public. Before long, a piano melody lifts us into the song proper as the beat kicks in. Drums, snaps, piano, guitar, and bass combine to create a steady groove that evokes deep purples and fuchsias as NIA takes listeners on a two-and-a-half-minute journey through her mind.

dionisie — “I Will Wait”

A sense of longing is hard to convey through music alone. Producer dionisie makes a game effort of it on “I Will Wait,” the opening song from his latest EP, RIGHT HERE. The song begins with an isolated fuzzy piano riff and gradually grows from there: a quiet drum pattern and subtle guitar slowly creep into the frame. The sounds evoke the classic image of a person standing at the edge of a cliff, overlooking a sunset waiting for a loved one to return from parts unknown. “I Will Wait” engrains this image into our heads with no words at all.

Rhode Island producer Tecknowledgy’s rich sound is a wonder to behold. Hearing “Love Below,” a standout song from his latest project, The Living Room, you’d be forgiven for thinking it was created by an entire band. The beat has texture and personality to spare: guitar flitters in the background as violin strings swell and a steady kick drum grounds it all back to Earth. The song, much like the project itself, is dedicated to The Living Room, a former Rhode Island nightclub that used to host beat battles.