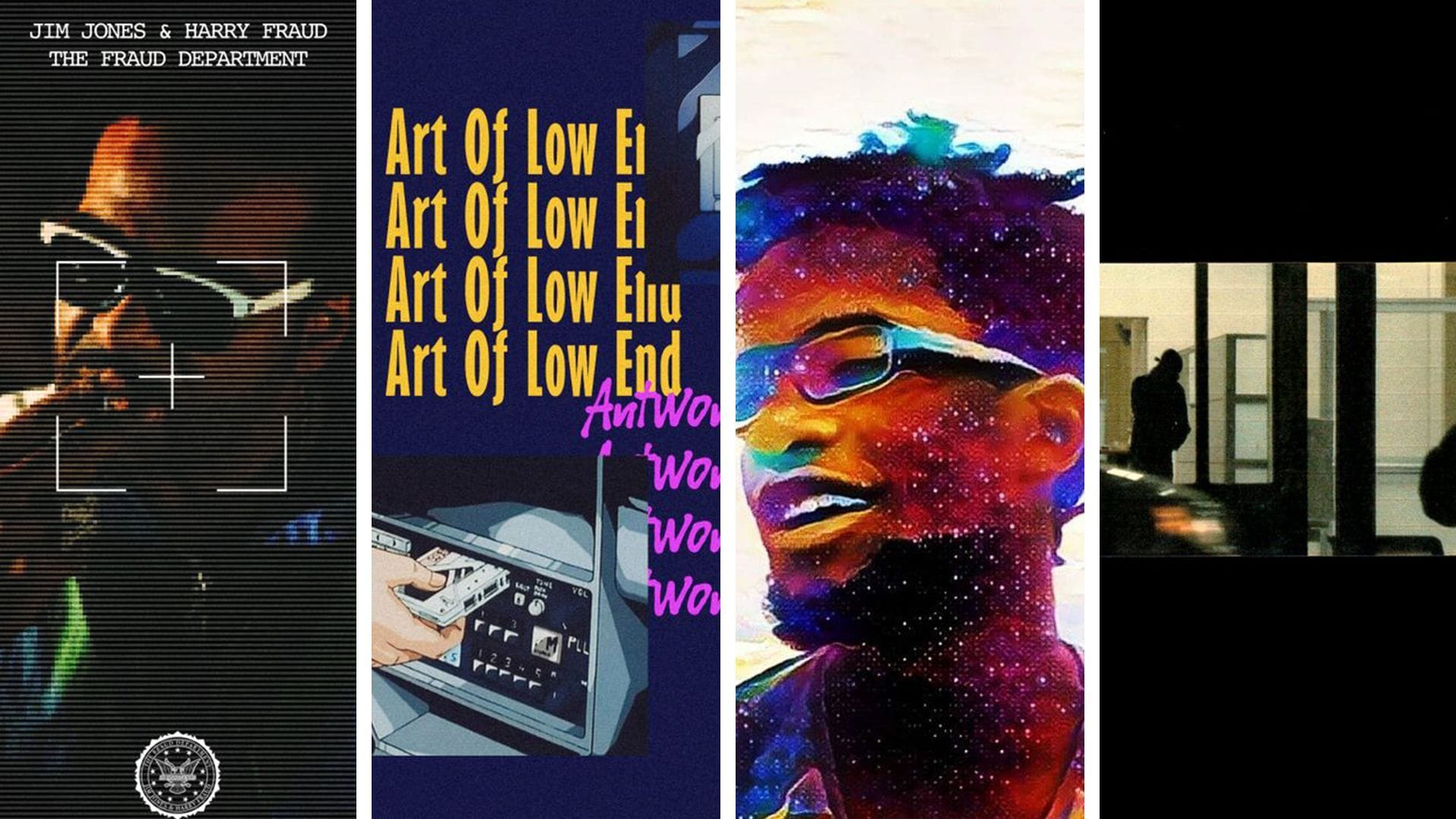 New York rapper Jim Jones and New York producer Harry Fraud are both aging gracefully. On “Laps Around The Sun,” the opening song from their collaborative album, The Fraud Department, the duo offers brass-tacks rap mixing the contemplative and the flex-worthy. Jones begins the song in a grateful mood; he appreciates reaching 44 years old and not having to sell crack around his son while remembering trips to Africa and rocking the latest Air Max 95s. Fraud provides a stately loop of flute and cooing vocals that sound like they were ripped directly from a radio broadcast. In a genre that moves and changes quickly, Jones and Fraud are just happy to still be orbiting the sun.

There’s a thrilling rawness to the music of Brooklyn rapper-producer AJRadico. Its rhythm is unmistakably New York, but the sounds reach across hip-hop’s creative table for inspiration. “Centre,” a standout song from his latest project, Transit, uses a shuffling drum pattern as a jumping-off point for blinking synths and distorted vocals not tethered to any one particular scene. It’s reminiscent of Baby Keem’s spacious ear for production, but lyrics like “Forces on my feet / When I step, I feel like Darth Maul” firmly ground AJRadico to his city. Having written, recorded, produced, and mixed the entirety of Transit himself, AJRadico is proving why he is deserving of your attention.

Chicago rapper Shaya Rhymes sifts through his memories with rose-colored glasses. Take “Forever Gold,” one of two songs from his Therapy I EP. Over a sped-up vocal sample and thumping drums, Shaya waxes poetic about childhood, Soulja Boy, young love, and moments paralyzed by lingering memories of his late grandmother. While foraging through his mind for gold, he packs a lot of thoughts and experiences into just two minutes and 26 seconds of airtime.

A good beat can make you feel weightless as if you’re drifting through space. Washington-based producer Antwon La Great succeeds at capturing that feeling on “Interstellar,” the opening song to his latest project, The Art of Low End Vol. 2. Percussion marches forward in the background while synths dance across the skyline, creating an audiovisual light show to complement its hypnotizing rhythm.