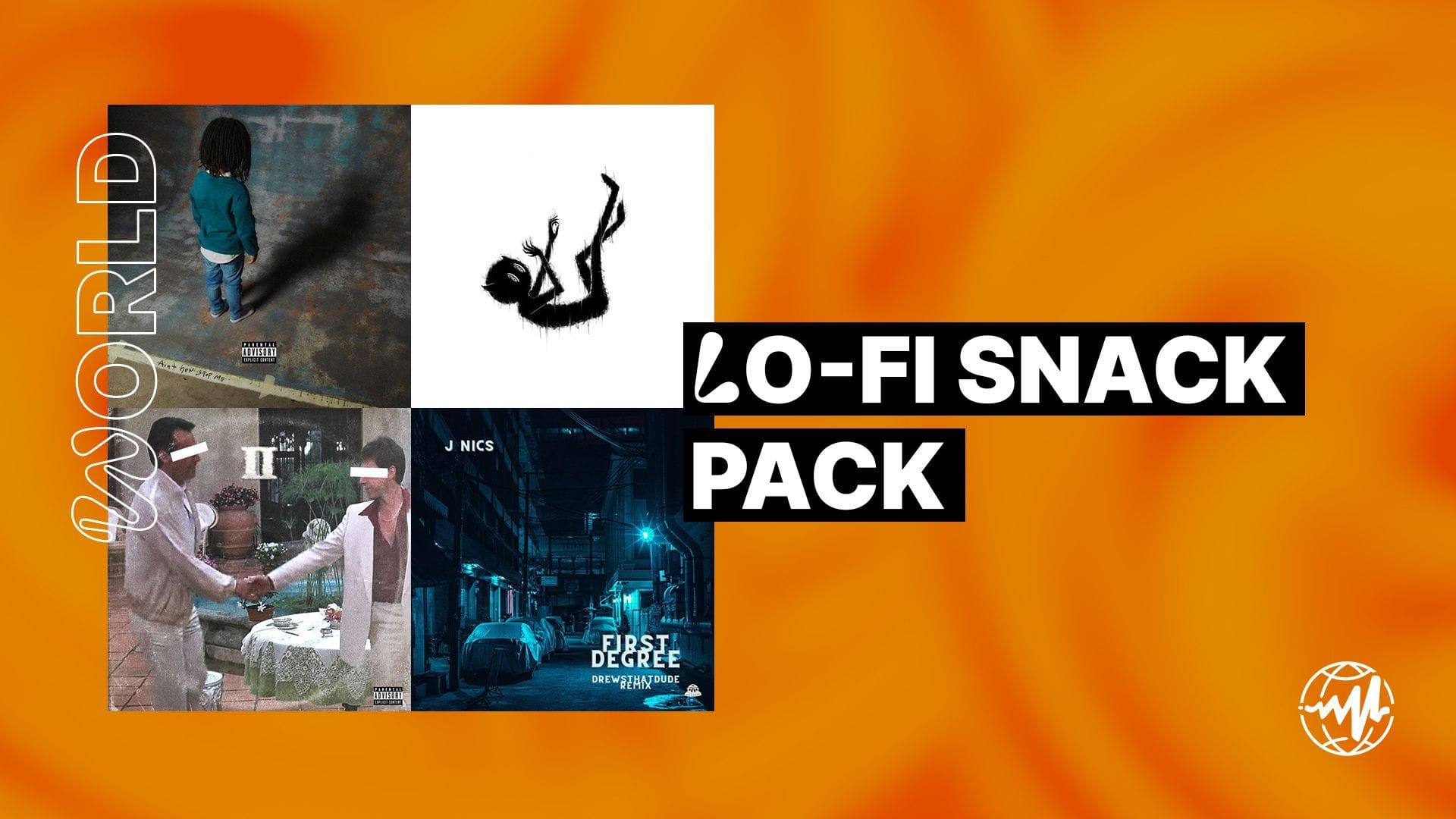 Houston rapper-singer reggie’s confidence is beaming. His latest single, “AIN’T GON STOP ME,” opens with a tongue-in-cheek assessment of his mood (“I know God could stop me but he ain’t gon stop me”) before he explains how drug addiction almost ruined his life and alienated him from his family. Producers Monte Booker and Kenny Beats match his powerful words with distorted drums and an eerie soul sample clawing at reggie’s heels like the demons of his past. reggie’s crossed the finish line of his own accord and he’s not slowing down anytime soon.

Only an MC/duo pair like Namir Blade and L’Orange could turn something as benign as going to the corner store into an adventure. The Nashville rapper and Seattle-based producer do just that on “Corner Store Scandal,” the debut single from their upcoming Mello Music Group collab album, Imaginary Everything. L’Orange’s psychedelic drums and wailing guitars and horns bob and weave through a tale of a trip laced with love for the homies and Crash Bandicoot references. Blade and L’Orange are a natural pair; their music toes the line between the surreal and the grounded while bending hip-hop to their respective whims.

There’s something alluring about hearing a hardened voice over a buttery smooth R&B instrumental. New York producer DrewsThatDude steps up to the plate to offer a remix to Florida rapper J Nics’ hard-hitting single “First Degree” that splits the difference between grit and grace. Nics’ voice is a sharp baritone that can cut through any clutter and Drew calibrates his beat accordingly. Stories of drug dealing and New Jack City references flow smoothly over Drew’s drum slaps and aquatic synths. It adds an immediacy and glossy sheen to Nics’ stories that refurbish them into a steady cold burn.

Buffalo rapper Benny The Butcher is in the business of busting through ceilings. Even after the breakthrough of his Hit-Boy produced album Burden of Proof last year, the Griselda representative presses on for others stuck in place. “My heroes in federal sweatsuits and New Balances,” he says with a hint of sadness on “When Tony Met Sosa,” the opening track to The Plugs I Met 2, his collaborative project with producer Harry Fraud. Over a sedate violin loop and crisp drums, Benny digs his head back into the mud and provides the hustler anthems he’s become known for. Even when he’s on top of the world, Benny still knows how to get down and dirty.