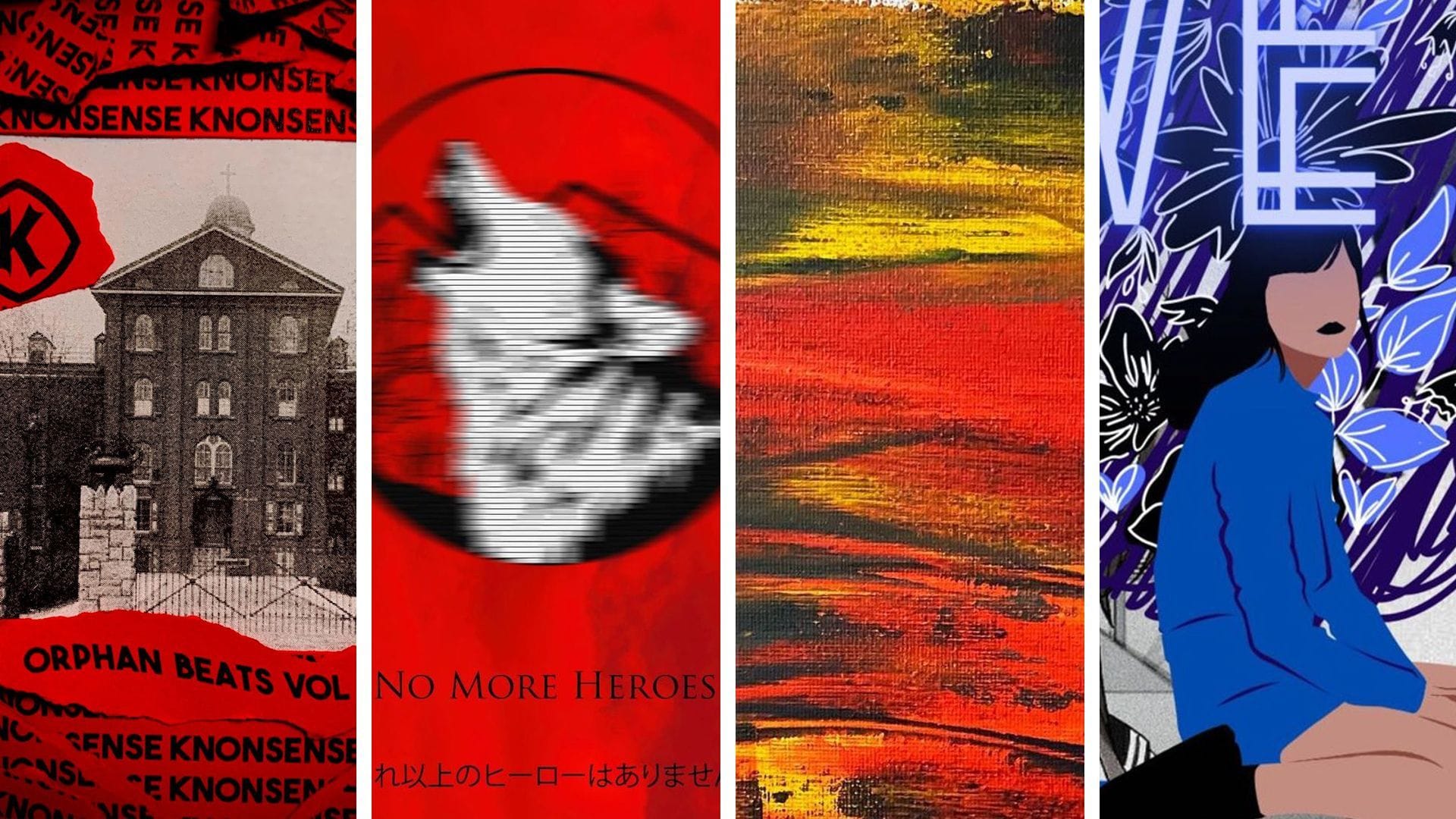 Boston rapper-producer Jonathan Cloud lists some of his aspirations on “Gaze,” a standout song from his latest album, No More Heroes. Respect, commitment, and leaving behind a legacy are the most important things on his mind. Cloud often raps about persevering through struggles, but his forward-thinking vision, combined with a beat that sounds fit for crossing the finish line, marks “Gaze” as one of his most optimistic songs to date.

Rap music is full of desperado figures. Philadelphia producer Knonsense meets this fascination head-on with “Forgive Or Let Die,” a track from his new instrumental album, Orphan Beats Vol. 1. The beat is centered around a guitar refrain that wouldn’t sound out of place in the opening credits of a Western, flanked from all sides by ghostly vocal samples. With “Forgive Or Let Die,” Knonsense has captured the sound of a sunset on the wrong side of the desert.

It’s been a whole year since most of the world has been able to grace a dancefloor. Ohio rapper Swooty Mac and Ohio producer Devin Burgess offer us a chance to live vicariously through “Function,” a song from their joint project, Sunday Morning. The beat emulates the sweat and busy atmosphere of a club at its nighttime peak, as Swooty sings and raps his way through a bacchanalian love affair. Even if you can’t dance, the energy of “Function” is infectious.

Producer skyfall.’s song “breakfast burrito” begins the way I’m sure many of our mornings start: a brief moment of fuzzy silence before we shamble out of bed and head to the microwave for a snack. The blaring microwave alarm starts the song in earnest, an instrumental that uses piano chords, drums, synths, and a faint bass line to create a morning atmosphere both groggy and beautiful. Even if you’re not a fan of the titular morning snack, the lush crawl of “breakfast burrito” provides a soundtrack for an action everyone can relate to: waking up.