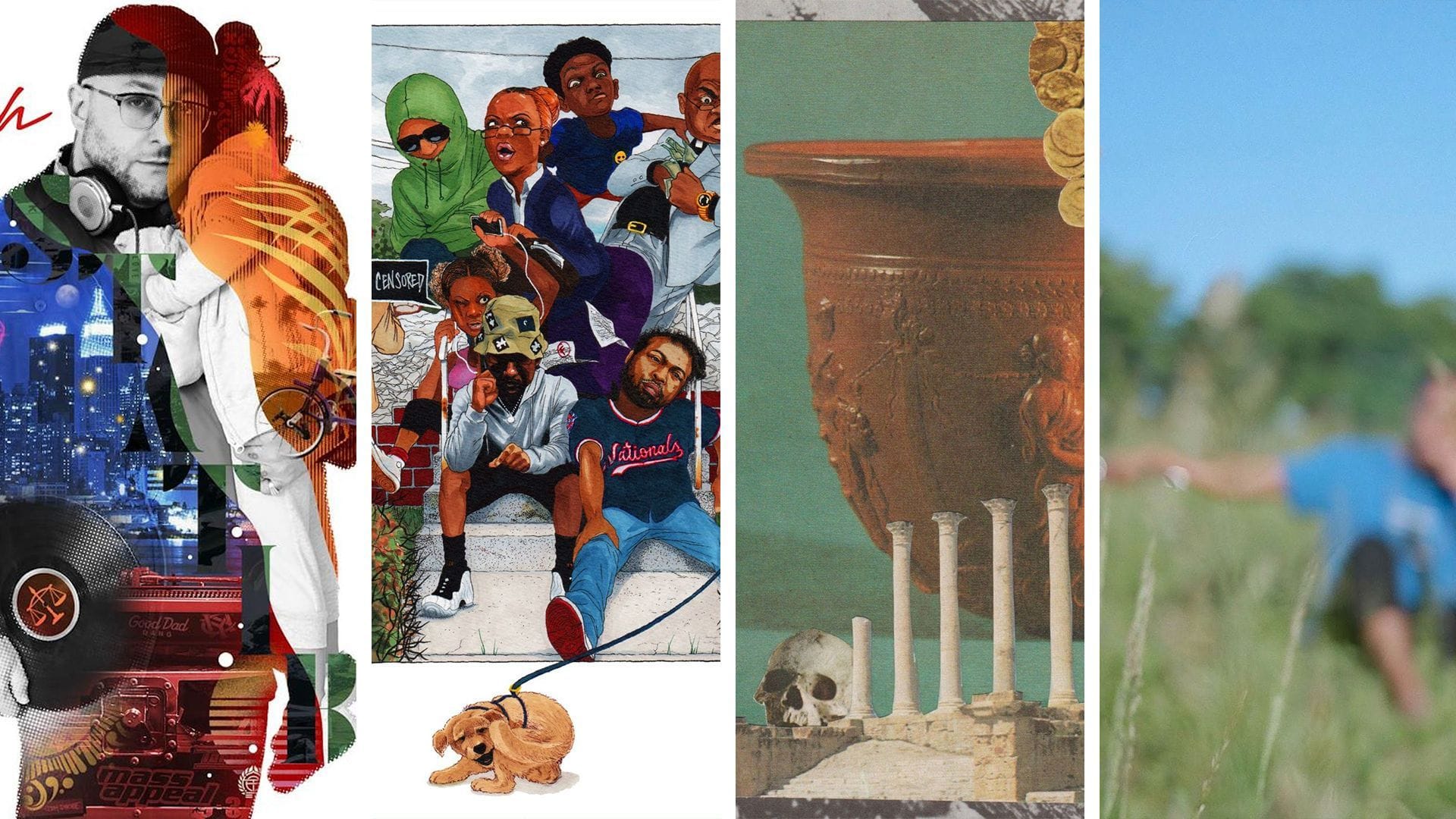 New York-via-Boston producer Statik Selektah’s latest album, The Balancing Act, is full of triumphant and somber moments. Statik enlists hip-hop royalty Bun B and Havoc to bring a touch of the latter to “Way Up,” a song dedicated to fallen soldiers. A mid-tempo groove settles around both guests as they pay tribute to their respective group partners Pimp C and Prodigy. Bun B is thankful for leaving nothing unsaid with Pimp C before his death yet wishes both he and his kids could have one more day with him. Havoc’s tribute to Prodigy is his first on-record since Prodigy’s death in 2017, and its rawness is palpable. The laughter and the tears on “Way Up” reflect the toughest balancing act of them all.

Virginia producer Drew Dave and Washington, D.C. rapper D.C. Cortez take pride in their perseverance. “CarryOn,” the closing track on the duo’s collaborative album, Stoop Stories, extolls the virtues of sticking to your craft. Over Dave’s piano stabs and crackling drums, Cortez remembers being 15 years old and spending what little money he had to record music before walking home in the cold. You can hear the blood, sweat, and tears in both Cortez and guest Toine’s voices and Dave’s steady beat. You can’t say shit to someone who’s risked it all.

For Illohim, creating music is a freeing process. On his latest project, some day soon…—released as one flowing seven-minute suite—the North Carolina rapper-producer reflects on his gratitude, his faith, and his ability to spit rhymes as well as anyone in his class. “turpentine,” the project’s closing track, features Illohim running a rap decathlon over producer axpuzzles’ otherworldly beat. “I’m ahead of my years, so I be speaking with the tone of my elders,” he proclaims. With his grasp of multisyllabic words and assured flow, it’s hard not to take him at face value.

OG Spliff is looking for love anywhere he can get it. On his latest single, “LUV ME,” he translates his search into a buoyant track. He’s afraid he’ll be abandoned by friends and lovers alike, his deep, monotone voice masking the anxiety in his lyrics. “That shit really prey on me / I know ain’t nobody pray for me, but that’s okay with me,” he admits over producer Black Magic’s somber 808s and a ghostly vocal sample. Guest TiaCorine answers Spliff from the women’s perspective at the song’s center, calling him out for being perpetually broke and deeming him an unreliable narrator. “LUV ME” is an emotional tug-of-war.