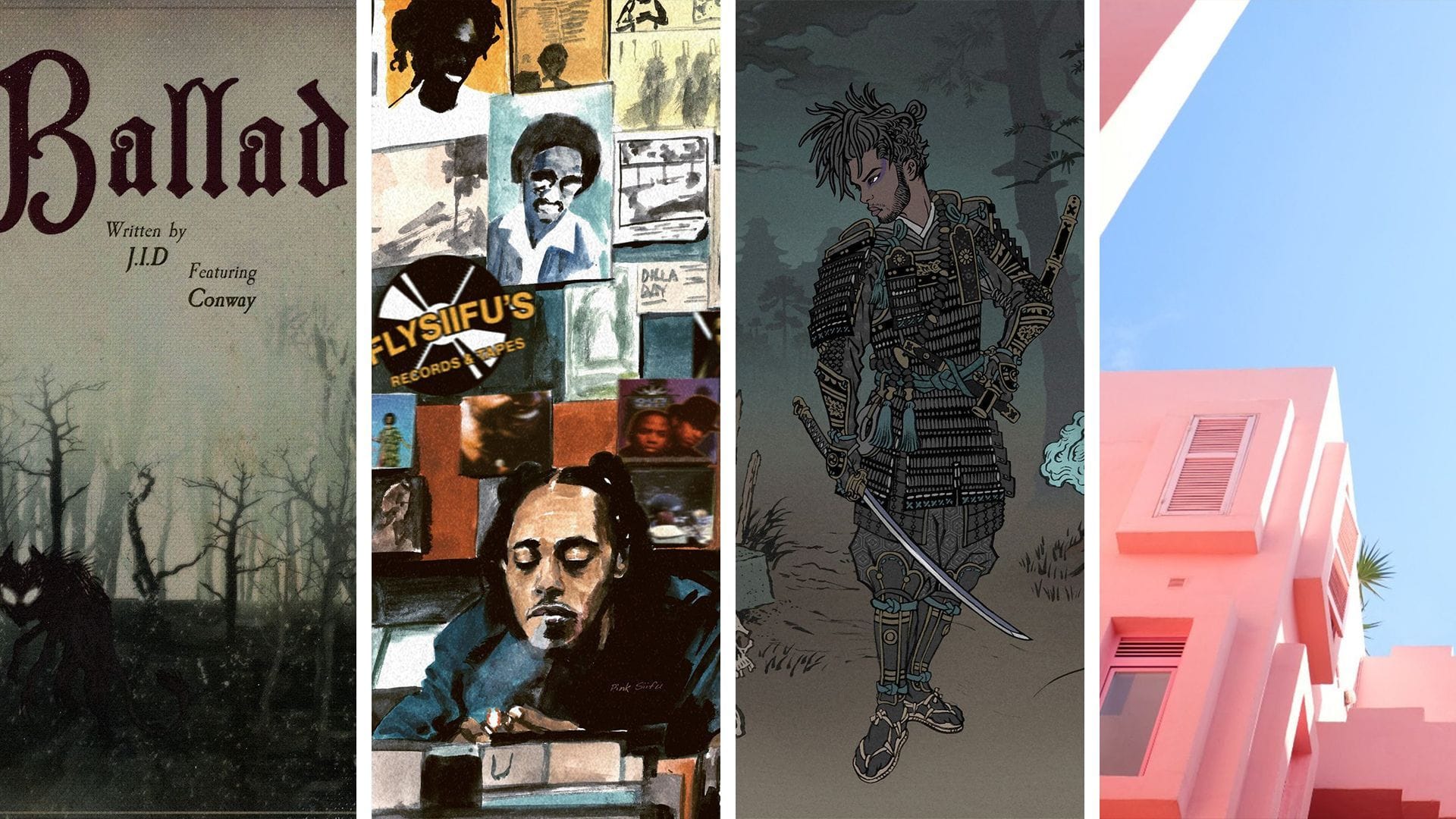 Whether he’s rapping a mile a minute or crawling across a beat, JID’s words pack a serious punch. On his latest single, “Ballads,” the Atlanta rhymer treats the recording booth like a confessional. “You calling God but shit me too, he gotta hear one of us,” he sighs over Christo and Big Jerm’s lurching sample work. The beat’s desiccated vocals and chimes evoke a sharp tinge of melancholy, adding weight to JID and guest Conway The Machine’s limber verses. It isn’t often we hear JID within this kind of hazy atmosphere, but it’s an appropriate stage for him to talk his shit without judgment.

Pink Siifu and Fly Anakin may have different styles, but they know how to move as one. Their debut collaborative album FlySiifu’s is a showcase for their mutual appreciation of slick raps kicked over crispy loops. Their synergy shines brightest on “Razberry,” a standout song from the album’s homestretch. Over psychedelic production from Ohbliv, the pair reflect on the good, the bad, and the ugly of life. Siifu flows through the beat like a spirit while Anakin zig-zags through different schemes. Their styles are in fluid conversation, a perfect hip-hop yin-yang.

The late Japanese producer Nujabes’ influence on two generations of rap fans can’t be overstated. Chester Watson is undoubtedly working from his template across his fantastic new concept album, A Japanese Horror Film, especially on the aptly titled “NUJABES.” Watson’s production features strobing synths and damp backing drums—two of Nujabes’ production hallmarks—bent and twisted around ruminations on his thoughts and life goals. He communicates with Japanese yokai through astral projection and wishes to have tea with anime filmmaker Hayao Miyazaki. Watson’s love and appreciation of Japanese culture come through in the way these icons and symbols are intertwined with his life.

Emotional vulnerability only comes through a trust of self. Just ask singer/songwriter Alison Wales, who bares his heart to an unnamed lover on his latest single “Protect Me.” His nightmares cause him to wake up screaming, and all he wants is someone to confide in and some weed to ease his stress. Producer Ali Muhammad provides a bed of soft boom-bap drums and twinkling background synths for Wales to plead his emotional case. The duo cuts to the core of feelings most people currently in quarantine can relate to.