A faceless Internet sensation, Gravy is the Soundcloud rapper that deserves his own stand-up special. 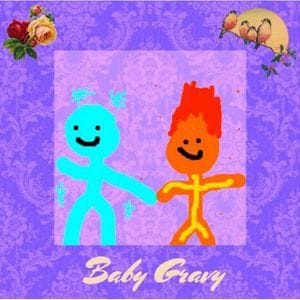 Wisconsin’s Yung Gravy brings his potent personality to his latest EP, Baby Gravy. A faceless Internet sensation, Gravy is the Soundcloud rapper that deserves his own stand-up special. You might know him for his off-kilter flow and love of 50s samples on “Mr. Clean,” but much like Ugly God, there’s more that meets the eye with Yung Gravy. Between being the funniest man on Soundcloud and reviving images of pinup girls, Gravy also has his own clothing line.

Baby Gravy has some maturity, mostly laced into the rich timbre of Yung Gravy’s voice. The lyrics on the EP are hysterical, mostly gravy themed, and the flow is somewhere between deadpan comedy and the tight delivery of the 80s. Yung Gravy is the oddball’s oddball, and we love him for it.