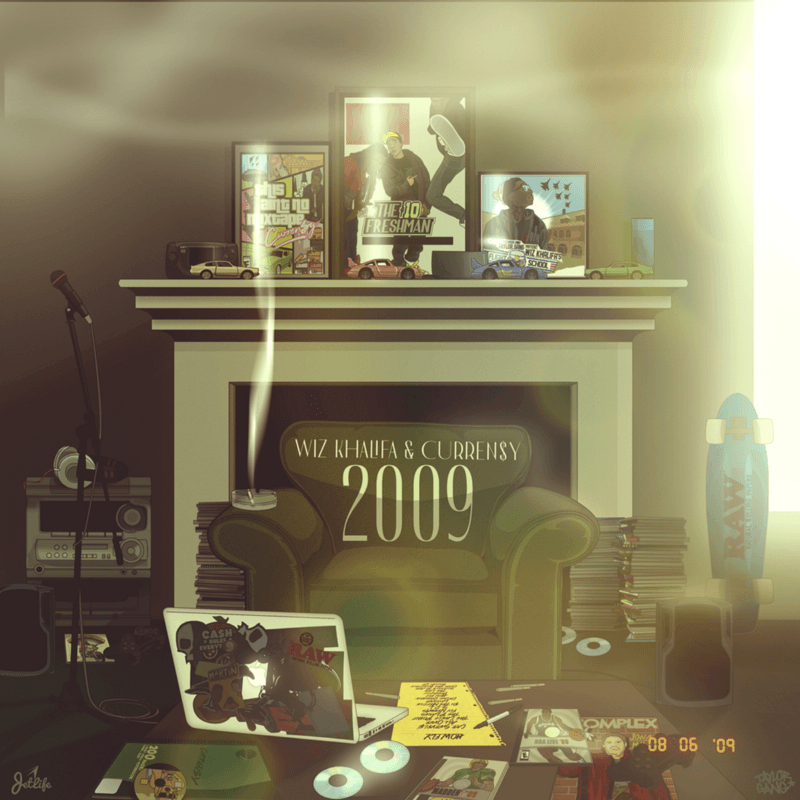 The iconic stoner duo returns with their long-awaited How Fly sequel.

Ten years ago, two kindred, red-eyed spirits joined forces for a project dedicated to their shared love of international travel, rolling up, and doing fly things. Born from the now-iconic duo made up of Pittsburgh’s Wiz Khalifa and New Orleans native Curren$y, How Fly was a dream collaboration for blog-obsessed hip-hop heads and E-Z Wider enthusiasts across the globe. For a generation of rap fans, Wiz Khalifa and Curren$y defined cool, and while the two have collaborated a number of times over the years, fans have long clamored for an official sequel.

Ten years, hundreds of songs, and enough papers to put Dunder Mifflin to shame later, Wiz and Spitta have united the Taylor Gang and Jet Life banners for How Fly’s long-awaited follow-up. With 14 tracks, guest spots from Ty Dolla $ign and Problem, and production from Dame Grease, Cardo, Harry Fraud, Sledgren, DJ Fresh, and more, 2009 picks up where its predecessor left off. “Planes and Chucks, bottles and luxury,” and plenty of weed remains the lifestyle, and the boasts float effortlessly over first-class beats.

A decade later, Wiz and Curren$y trading bars about cars, clothes, and cannabis remains a match made in rap heaven.

2009 is streaming now on Audiomack.