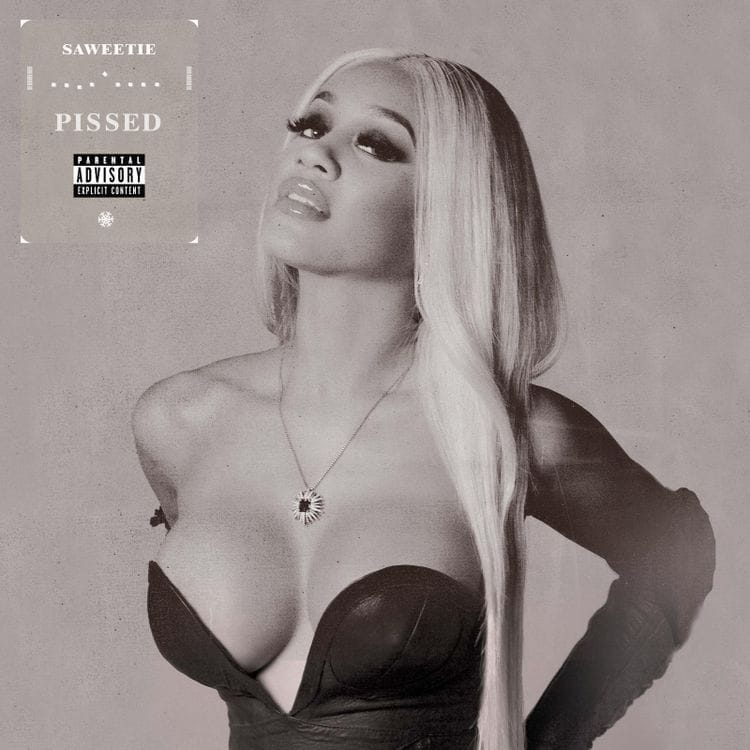 This was Saweetie’s year. In 2018, the Bay Area rapper went from Instagram freestyles to dropping a debut EP, High Maintenance, a label deal, and co-signs from major Bay Area legends: E-40, Kehlani, G-Eazy. The stars have seemingly aligned for Saweetie, who told DJBooth earlier this year: “I’m really grateful for all of the opportunity and the notoriety I gained because it’s changed my life. I would definitely say that I didn’t expect it, but I love all of it… I’m gonna be here for a long time.” All of this leads us to her latest single, the hard-hitting banger, “Pissed.”

“Pissed” is a proper fuck-you-anthem. Saweetie, who declares she is making “white man money,” has but one question for her haters: “Why you pissed?” She delivers with a bite and snarl that elevates her from the Bay’s next punchline queen to a hardlined rapper ready to do battle with any and all adversity. She blends West Coast bounce with the thump and rumble of East Coast grit. Crisp percussion and nettling bass turn the track from ubiquitous diss to infectious tune, showcasing the multiplicity of Saweetie’s style.

Not only is Saweetie wonderfully aggressive on wax, but she is having a great time taking down snakes. She brings a bouquet of flows that move from nightmarish to mawkish, putting these bitches in their rightful place below her. From the first drum hit, the song promises to be a smash, but it’s when Saweetie begins to laugh off-beat that we realize we’re dealing with a groomed star just having fun. “Pissed” is a prime example of Saweetie breaking the Bay Area curse, that she herself does not believe in, to make universally beloved and bumped music.

Press play to hear how Saweetie is moving music forward from the Bay to the universe.