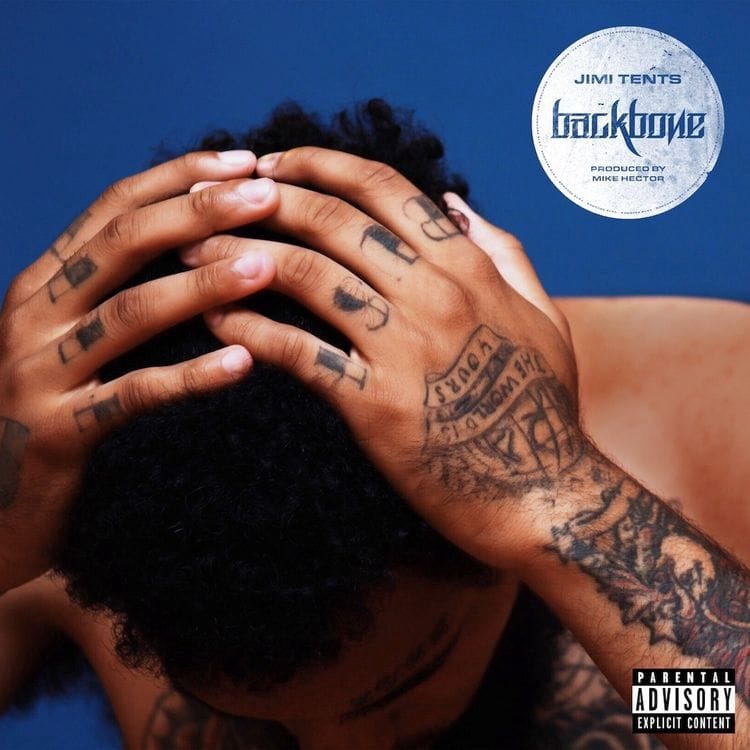 Thank goodness for Jimi Tents. The New York emcee brings bars and flows, without question, but Tents’ specialty goes beyond technical skill: he keeps hip-hop honest. His 2017 album, I Can’t Go Home broke down his knotty relationship with success, wealth, family, and of course, himself. Tents revealed himself to be a complicated man capable of taking the most obscure anxieties and putting them in a song. There are struggle rappers, and then there are rappers who can personify and humanize the struggle to keep moving music forward. Jimi Tents is the latter.

Over a year removed from I Can’t Go Home, Jimi Tents is finally back delivering new music. His newest single, “Backbone” is a steady maelstrom of bars driven by the natural hunger in Tents’ delivery. Of course, it wouldn’t be a Tents record without a concept. On “Backbone,” Jimi Tents is at war with himself (“Where your backbone?”) as be brings his demons to the forefront of the track. Addressing his doubts and his rage, his fears and his impulses, Jimi Tents continues keeping himself and hip-hop honest by leaving it all on wax. In 2018, few writers are willing to go there, to put themselves in a revealing light, but Jimi Tents is an artist’s artists through and through.

If you like what you hear, make sure to keep up with Jimi Tents on Audiomack!