Eminem fires back at MGK with “KILLSHOT.” 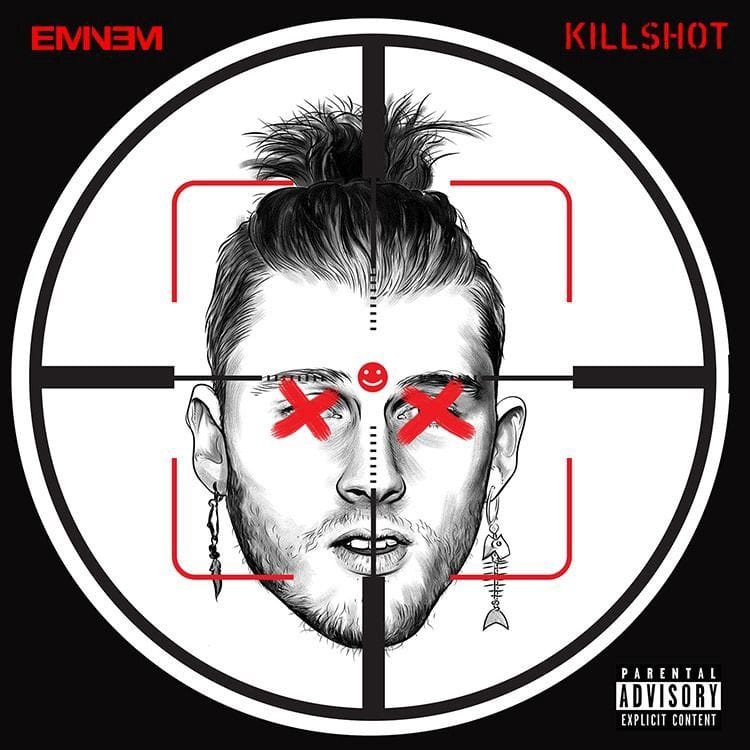 The ballad and MGK and Eminem goes a little something like this: in 2012 there was a tweet and a press run, in 2018 there was Em’s Kamikaze album and an MGK stray, and then there was MGK’s Eminem-focused diss track, “Rap Devil.” As a seasoned and immovable battle rapper, Eminem knew he had to respond to MGK’s shots about his skill, his age, and his hats. Days later, Em delivers “KILLSHOT,” an eviscerating track where Eminem takes down MGK bar for bar in a near surgical manner.

“KILLSHOT” is exactly that, a diss track featuring Eminem tapping into his signature anger and going for MGK’s throat by way of advanced wordplay. Em hits Kells where it hurts, clowning everything from his career to his fashion sense, to his attempts at starting beef with Bay Area rapper G-Eazy. Akin to 8 Mile, Eminem admits he’s hitting middle age, but would rather be an old Eminem than a young and washed MGK.

Who do you think won this beef? Let us know in the comments or on Twitter, and make sure to sign up for an Audiomack account to stay up to date with everything and everyone moving music forward.