On Restoration of an American Idol, Bennett slows things down and navigates his emotions over a mellow pack of beats. 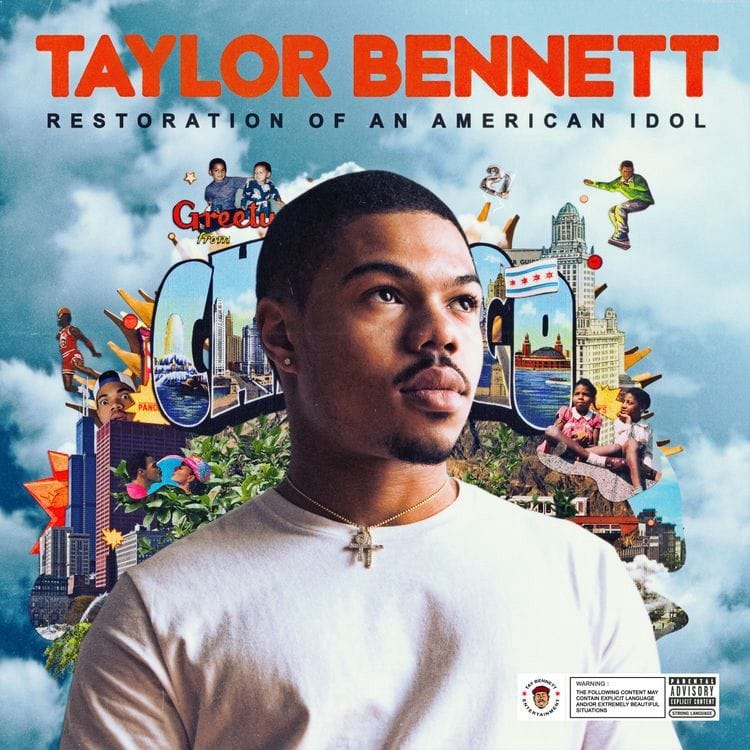 Taylor Bennett explores the nuance of happiness and life in Chicago. His 2015 album, Broad Shoulders, established him as a clear voice for the city and later as a voice for the LGBT community when he came out as bisexual. Bennett follows up with the infinitely more focused Restoration of an American Idol. On the project, Bennett slows things down and navigates his emotions over a mellow pack of beats.

Featuring other Chicago standouts like Supa Bwe, this is a project about coming into your own. The project is far from singular. Heart heavy jams like “Roof Gone” offset more anthemic cuts like “New York Nights” and the “Outro,” where he proclaims that the essence of Chicago is creativity, juking, hustling, and unending sunshine. As Bennett continues to explore his sound, we’re eagerly waiting for the emergence of another Chi-town classic.