‘Life of a Dark Rose’ is Lil Skies’ hazy and charismatic debut. 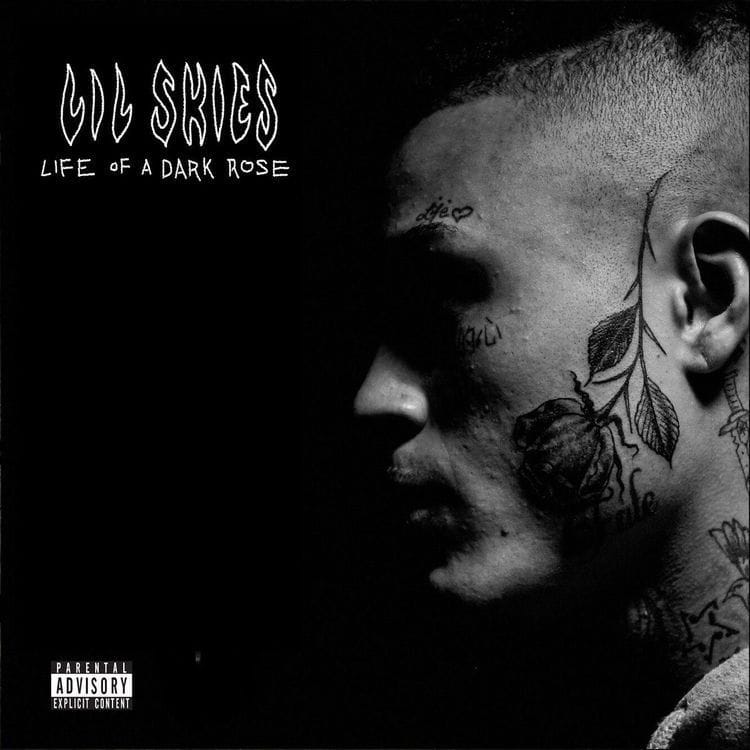 Florida isn’t the only state to get things popping on and off SoundCloud. Pennsylvania crooner-rapper Lil Skies, holder of the trophy for fastest come-up in recent memory, proves that rap’s new wave is not confined to one state or one town. Dropping his debut project, Life of a Dark Rose, Skies is par for the course in terms of differentiating himself from the other ‘Lil’ rappers.

Hit tracks like “Nowadays” and “Red Roses” now share the spotlight with “The Clique,” “Welcome To The Rodeo,” and “Strictly Business.” While Skies spends the majority of the album playing with the sound that helped him blow up in record time, it’s his charisma that moves the project, and likely the rest of his career, along in a positive direction.

If you like what you hear, make sure you watch Lil Skies talk tattoos and music on his episode of Audiomack Ink.