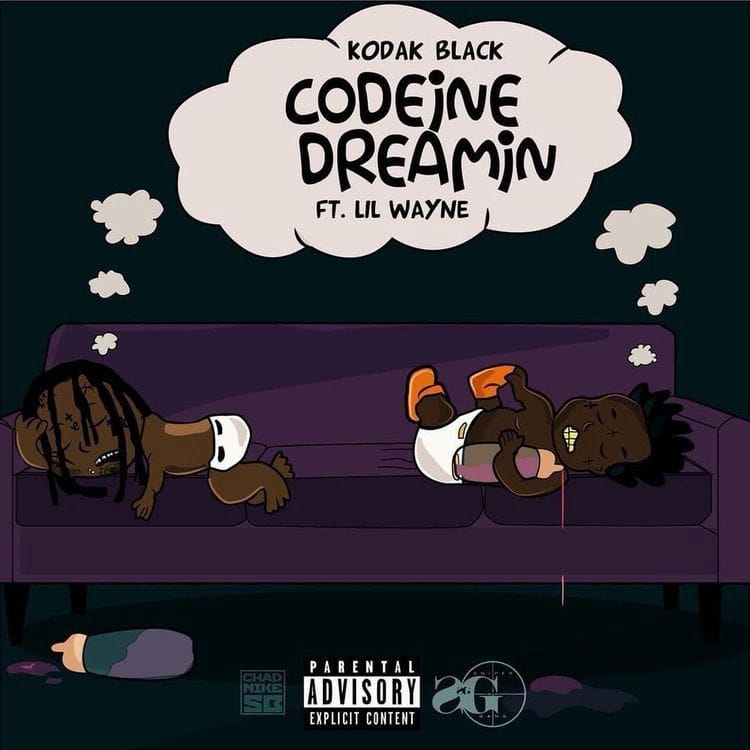 A bonus track off the deluxe edition of Kodak Black’s Project Baby 2: All Grown Up, Black taps Lil Wayne for the hazy and tweaked banger “Codeine Dreaming.” Where once the two artists were sending shots at each other, they’ve set aside their difference and bonded over a love of lean and knocking beats. Known for his two hits, “No Flockin” and “Tunnel Vision,” Kodak Black brings a brand new energy to this track. Through the haze and trap drums, Kodak delivers some of his grittiest bars to date.

Lil Wayne’s verse lifts the track off into space. Between the dark purple tones and booming production, “Codeine Dreaming” has Lil Wayne right in his pocket taking us to Mars, then crashing his Porsche, then getting that ethereal codeine high all over again. Between the strong Wayne verse and Kodak Black’s newfound focus on the mic, “Codeine Dreaming” is poised to be the next quintessential Kodak Black track.

Stay up to date with Kodak Black’s releases and collaborations by following him on Audiomack.