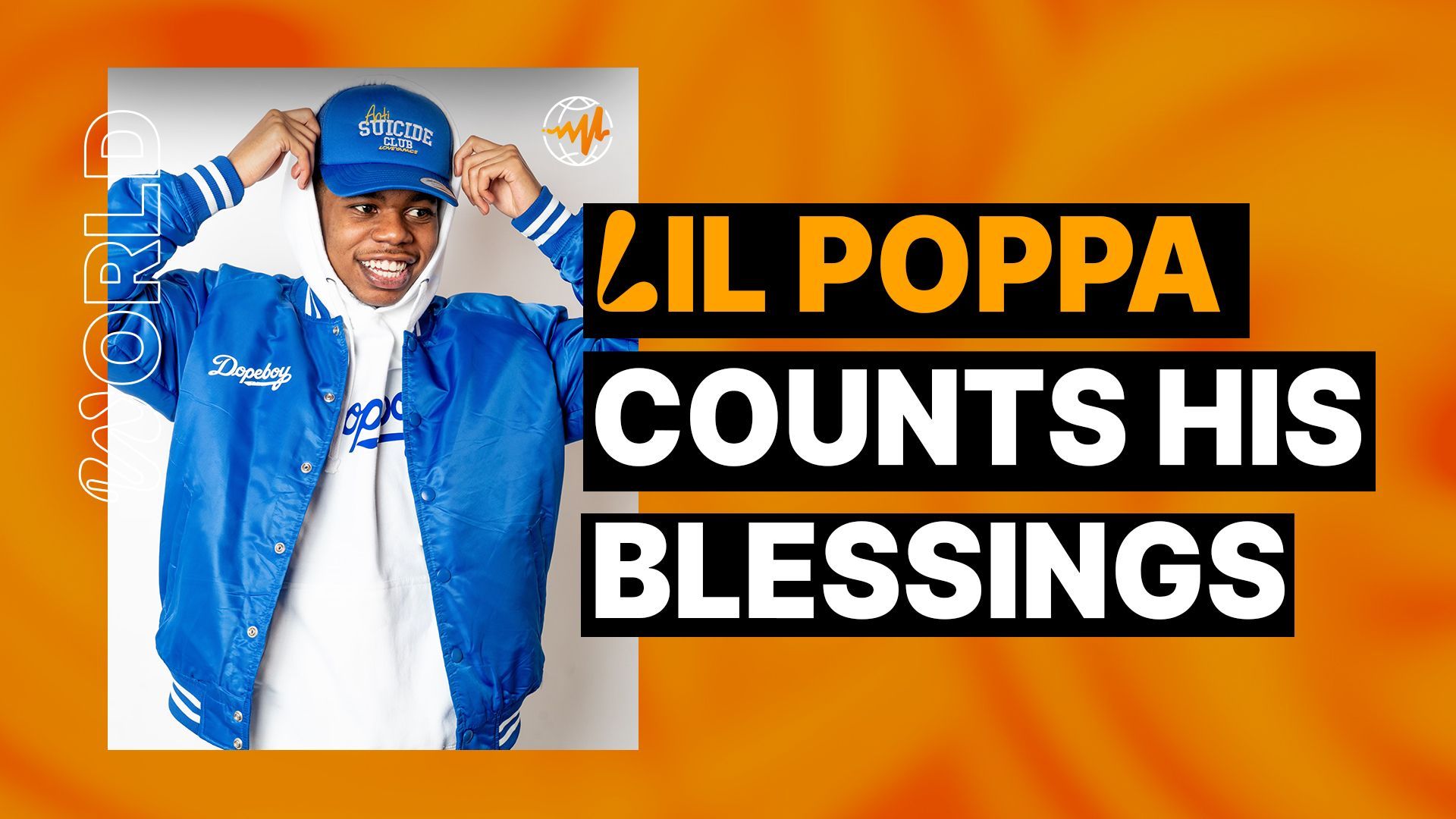 Lil Poppa is a reluctant rap star. Before he was old enough to drink, his strong authorial voice earned him tens of millions of streams, a record deal with Interscope, and co-signs from the likes of Lil Durk and DMX. But the 21-year-old remains acutely skeptical of the music industry circus and the redemptive power of success. On his new album Blessed, I Guess, he lays out the tension of his position with characteristic clarity: “Why I rap? I don’t like attention / But now when a n***a say Jacksonville, I’m the first name that they mention.”

During his childhood years, the artist born Janarious Wheeler bounced between his mother’s home on Jacksonville’s Eastside and his grandma and aunt’s place to the west. He got the name “Poppa” from his mom and added the “Lil” because he always hung around older kids. He picked up rapping from his eldest brother Chi Chi and performed original songs at his neighborhood church.

While coping with a chronic blood disease that left him periodically bedridden, Poppa developed his sound and made waves in his hometown’s music scene. His early work caught the attention of prominent DJ Bigga Rankin, who sponsored some of Poppa’s first mixtapes and boosted his profile as a rising talent.

In 2018, Poppa survived a drive-by shooting that left one of his close friends dead. He recounted the incident and its traumatic aftermath on a song called “Purple Hearts,” which became his breakout hit and helped him secure the Interscope deal.

After a string of impressive mixtapes under Interscope, Poppa released his debut studio album, Blessed, I Guess, in May. Like all of his projects, the album prizes subtlety over sweeping statements and zooms in on Poppa’s carefully considered, sometimes conflicted thoughts. He writes with a world-weary perspective, constantly guarding himself against life’s empty promises and looming catastrophes. But his realism never devolves into cynicism, and he finds purpose through an earnest commitment to his loved ones and his craft.

“Every day, I want to go back to how it used to be,” Poppa admits. “But I know this is what I signed up for. I can’t cry and back out. I just gotta do me.” 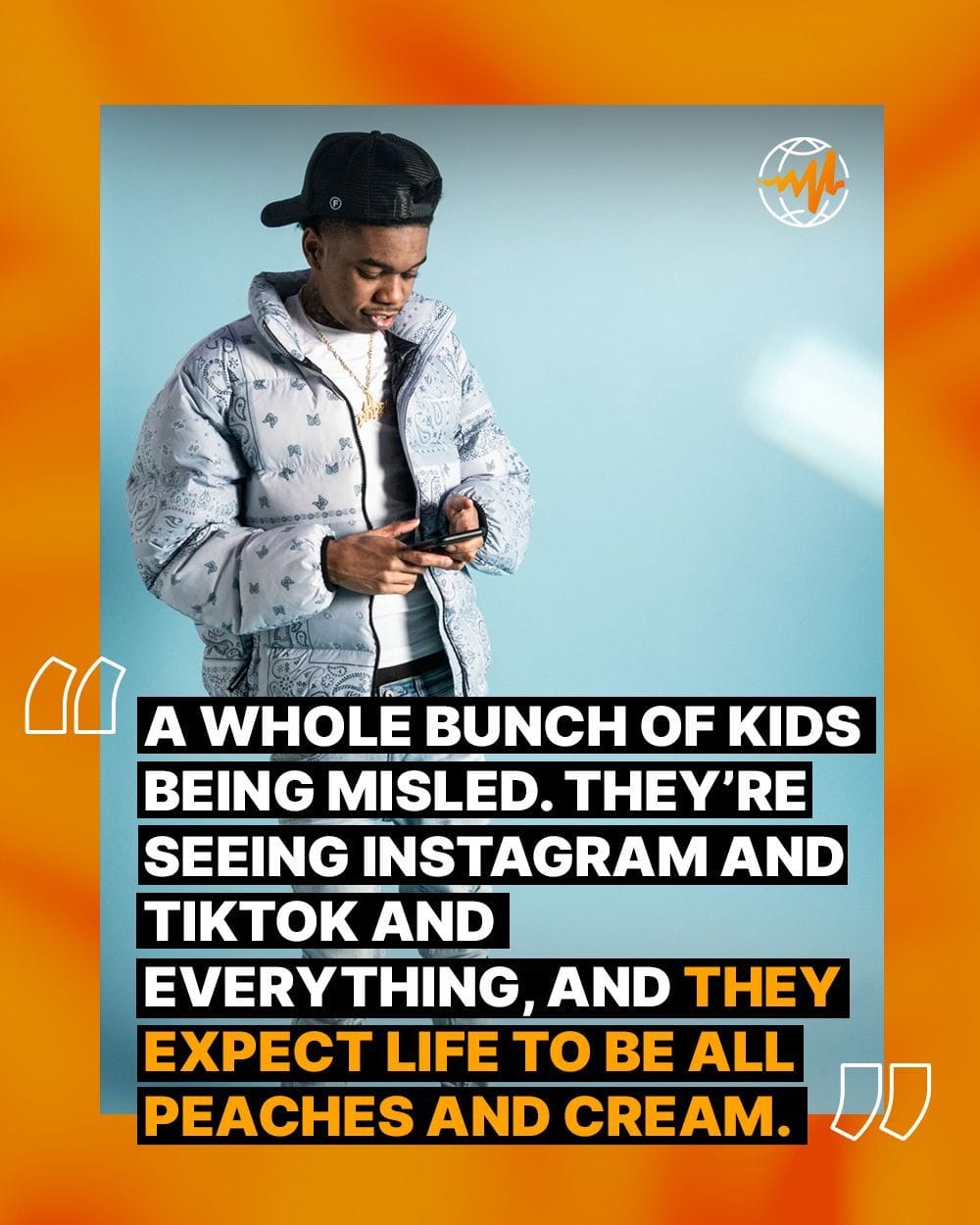 One thing that stands out in your writing is your skepticism about fame. What is it about fame that turns you off?

I just don’t care for all the extra attention. I like to be able to move around normally, to get up and go whenever I feel like it. I don’t care too much for the spotlight. It’s just not me. So I try to stay as far away from it as I can and continue to do what I do. That’s it.

You’re not the typical artist who dreams of winning a GRAMMY or whatever.

Nah. Being an artist is easy as long as you got something to talk about. As long as you’ve been through something, it’s gon’ always be easy.

That’s what I tell a lot of people when they ask me for advice on how to become a rapper and all that. It’s easy, as long as you got something to talk about. If you don’t got nothing to talk about, you gon’ say the same thing we hear from everybody else.

Another thing I noticed about your writing is your comfort with ambiguity. Even your album title is ambiguous. What makes you want to explore those gray areas, between happy and sad, blessed and cursed?

We go through so much on a daily basis. So we might feel like we’re at our worst, but we don’t even realize how much of a blessing some situations are. Not everyone believes in the idea that everything happens for a reason. But even when we’re feeling like we’re the most cursed at times, we really can’t complain. Ain’t nothing to complain about, because it could be worse.

That’s what I’m trying to bring to the light and get everybody to realize. It’s just the blind leading the blind right now. A whole bunch of kids being misled. They’re seeing Instagram and TikTok and everything, and they expect life to be all peaches and cream. It’s deeper than just always being blessed, or always being cursed.

There’s a lyric on “Love & War,” “You ask me about my day, I say it wasn’t promised / And you don’t like it when I talk like that, but I’m just being honest.” Is your honesty about the heavy stuff in life hard for people to handle sometimes?

Yeah. All the time. For my mom, my siblings. That’s why I have to be real mindful. I just started thinking about how words are powerful. Whatever you say, you can speak that right into existence. Whether it’s good or bad. So you just gotta be careful about your choice of words. 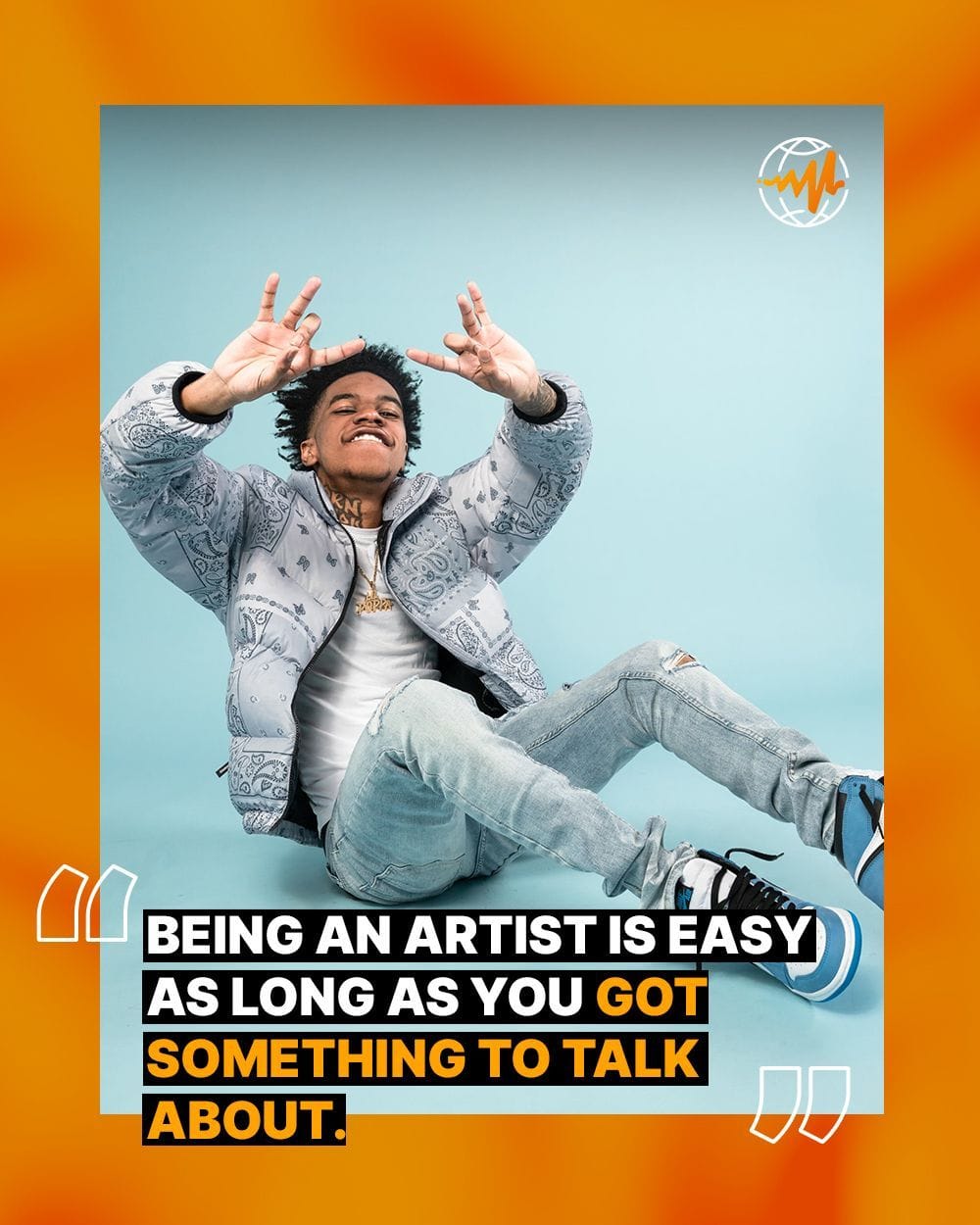 Your grandma is a recurring character in your music. Is there a certain lesson or piece of advice you got from her that sticks out in your mind?

Just being raised by her, being able to say I was raised by her, is the biggest blessing to me. It ain’t nothing that can be better than that. I’m blessed to have had her as a grandma.

You built your audience without a heavy social media presence. Why do you prefer to let your music speak for itself?

Because that’s all I can do. That’s what I’m here for at the end of the day. I’m an artist. I’m not a social media guru or none of that. So it’s all about the music with me. As long as I’m putting the music out to my fans, and they’re vibing with it, I’m good.

When you interact with your fans, what kind of feedback do you hear most often?

I’m sure that means more to you than random industry accolades.

Exactly. When I was listening to certain artists, that was all I wanted from them. So for me to be able to do that for my fans, it’s a blessing.