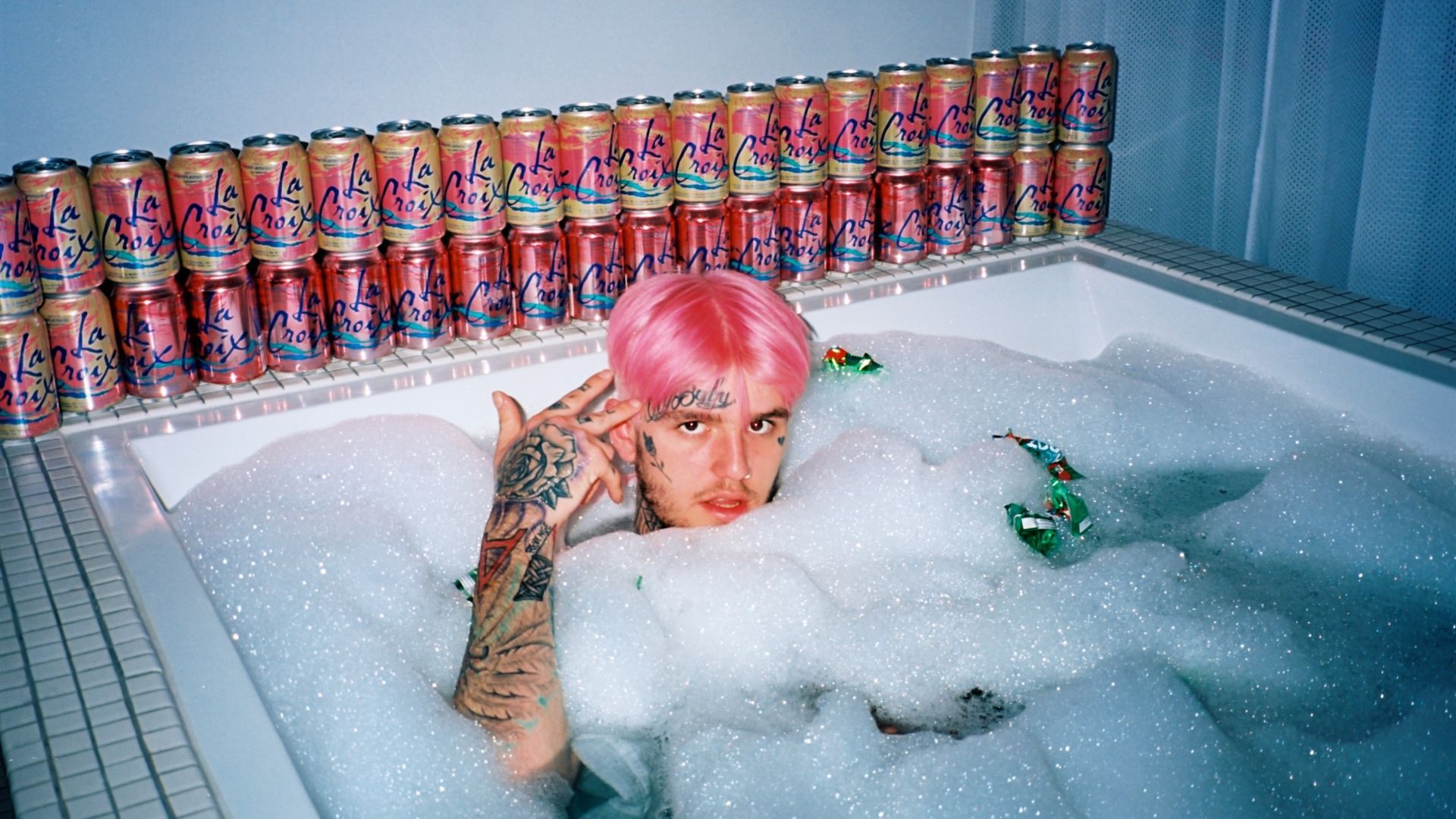 Emo rap icon Lil Peep dealt in kindness and irreverence. Breaking incrementally with standout projects from 2015 (Lil Peep; Part One) to 2016 (crybaby and Hellboy), and finally formally debuting in 2017 (Come Over When You’re Sober, Pt. 1), the artist born Gustav Elijah Åhr changed the landscape of hip-hop with his ear for unorthodox hardcore samples and bare lyricism. He drew skeptics and eventually, two years after his untimely death on November 15, 2017—just 14 days after his 21st birthday—was heralded as one of the artists of the decade.

Listening to Peep, though, you get the sense, and rather quickly, none of the above mattered to the young man. Peep’s only cares were bucking authority, singing his heart out, making music with his best friends, and finding his path in an unforgiving world.

Lil Peep sang about women, drugs, death, and, in his own way, life. As winter 2017 set in, I remember unzipping a copy of his seminal 2016 mixtape, Hellboy, and adding it to my library. I remember being mesmerized by Peep’s simultaneous sentimentality and fuck-the-world-isms. Here was a young artist ready to be all things to all people, obviously complex, and genuine in every sense of the word. “You don’t even know what I’ve been through,” he wails to open Hellboy.

“His most iconic tape,” producer Nedarb declares. Ned’s got credits on “drive by,” “OMFG,” and “we think too much.” “Even though it was a mixtape, it was put together like an album, and it was his most well put together project at that point.” 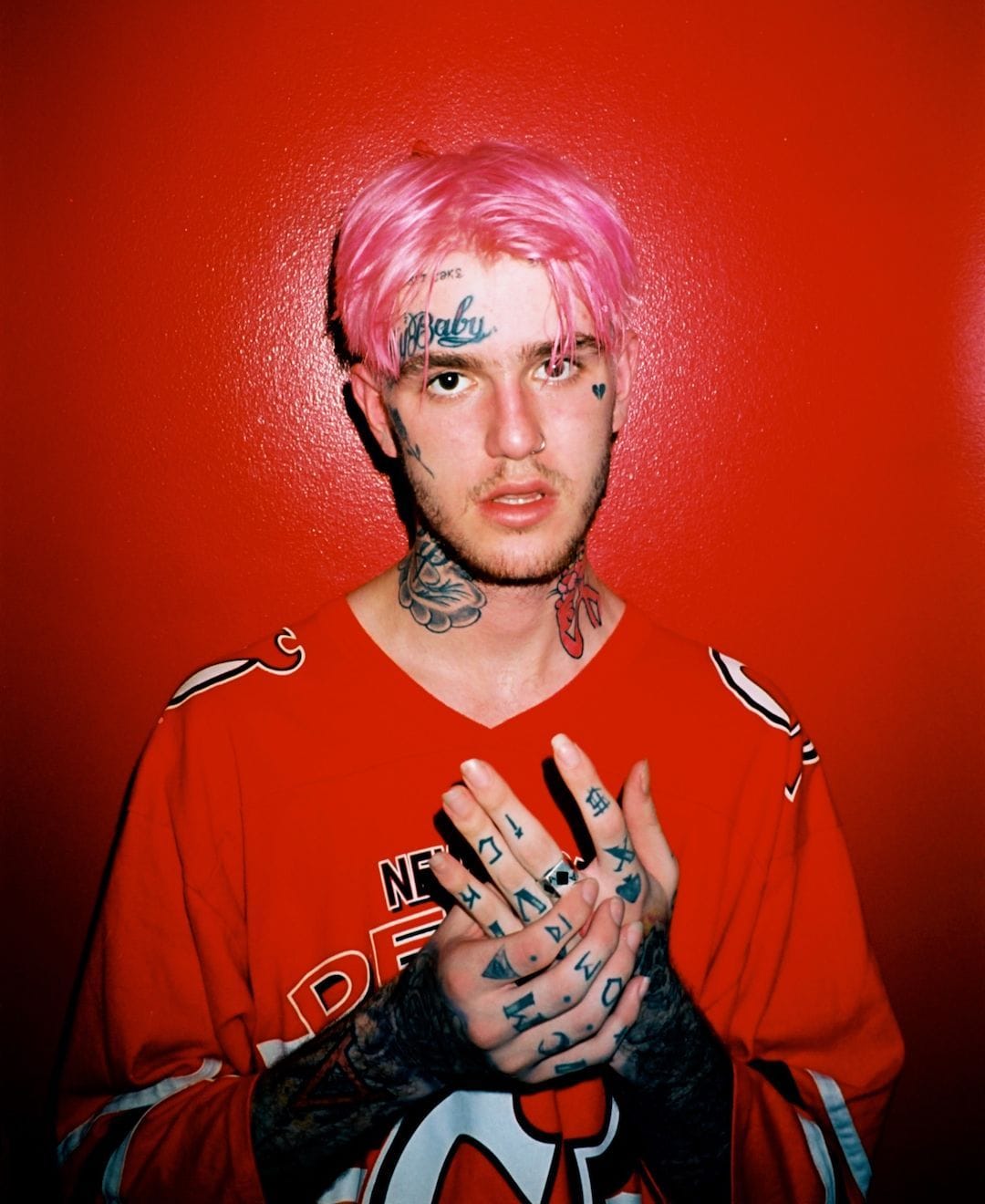 “I remember being in college, hating my life, going through that,” producer Charlie Shuffler tells me as we near the fourth anniversary of the mixtape. Meeting Lil Peep in 2016 through fellow GothBoi Cold Hart, Charlie’s credited twice on Hellboy: “gucci mane” and “red drop shawty.” As we chat on the phone, he reveals himself to be much like the rest of Peep’s friends and collaborators: eager and soft-spoken, until we get to the grit of the music.

“Honestly, those were two of the first beats I ever made,” Charlie continues. “I was just learning to produce during that time. It was pure, raw, just making shit and not even knowing how to make it. It was literally, ‘How can I make something from scratch?’ It’s so mind-blowing, because the first 10 beats I made… ‘gucci mane’ and ‘red drop shawty’ were in that pack.”

Charlie Shuffler’s “it’s raw, let it rock” approach is the obvious ethos of Hellboy. Peep’s good friend and “crybaby” producer Lederrick, who has no credits on Hellboy but was present for the making of the project in Peep’s Echo Park apartment, emphasizes that despite the dark writing, it was a fun time in Peep’s life. Overwhelming, but fun. It was friends coming together for the greater good of music.

“I couldn’t say what was the best part of that album, because we were always chilling, partying, hanging out, watching movies. Just normal shit, and making music,” Nedarb agrees. “I remember that era as having a lot of fun with my friends. We were all hella young.”

“During that time, it was rock-star shit,” Charlie says.

“One of the first ones we made was ‘hellboy,’” producer Yung Cortex tells me. He’s credited on “hellboy,” “walk away as the door slams,” and “move on, be strong.”

“It was me, Smokeasac, and [Peep],” Cortex explains. “[Peep] had just gotten his apartment [in] Echo Park, and he was letting me and Smoke crash on the couch there. There was one early morning where me and Smoke heard the guitar riff from the Underoath song [“Too Bright to See, Too Loud to Hear”] we were sampling. And [Peep] was instantly like, ‘Oh, my God! I love that.’”

“It’s funny because every time we made a song with him, it was really fast,” Cortex continues. “We had made that song in like a day, pretty much. Peep told me and Smoke to finish the beat, so we finished and sent it to him, and he was just sitting there on the couch with his headphones on, pretty much what he did with any song. Then, an hour later, he went and just recorded something real quick. He’d do it extremely fast and quietly, and then he’d have a whole song done. That was how Hellboy was done.”

According to handwritten notes provided by Lil Peep’s mother, Liza Womack, Hellboy was made, officially, between July 31 and September 19, 2016. It was released on September 25. It took off immediately. “I know I’ve produced other songs with more plays, but [‘hellboy’ is] one of the first things I ever produced that ended up going crazy really fast,” Cortex says. “It was special to me, and it was such an era of time when we made it.”

On Thursday, September 3, 2020, 22 days before Hellboy finally hits DSPs, Liza Womack’s publicist reaches out to me in the middle of the night. Liza would like to speak with me. Am I available Friday for a chat? Of course, I am. What follows is a two-hour-plus conversation with a woman dedicated to preserving an honest memory of her son. 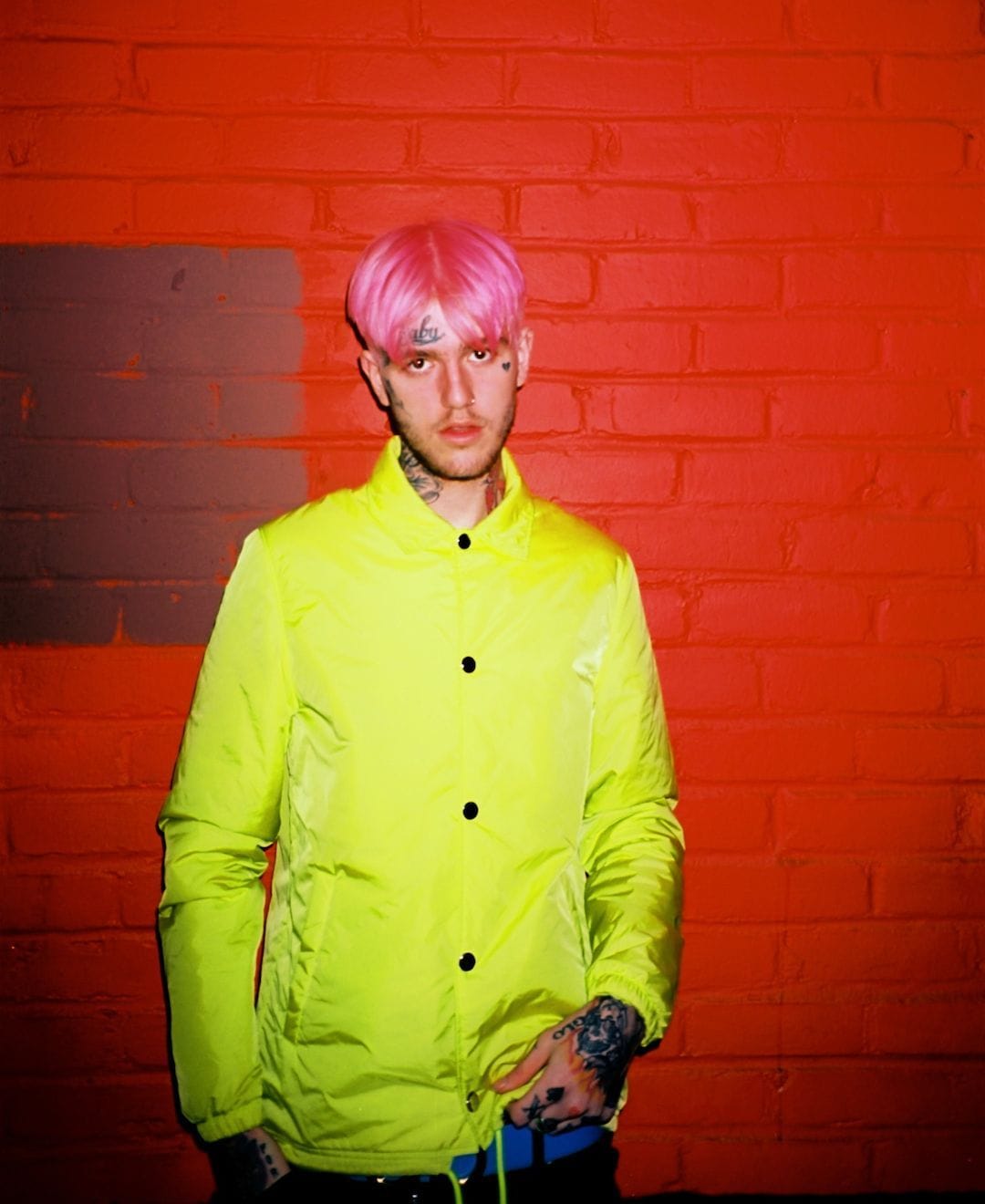 “People really did gravitate to him, whether or not he was singing,” Liza tells me earnestly. “He made people feel better, even when he himself wasn’t feeling good. He was expressing something many people feel. He was giving a voice to the people who weren’t able to get it out with their voice—sometimes, you don’t even know that’s how you’re feeling. Then, somebody says something or does something, or he makes a song, and you hear it and, ‘Yeah! That’s how I’m feeling.’ He became [a comfort] for other people.”

Liza regards Hellboy as a “breakthrough in terms of people finding out about him. He found something: more confidence in guitar, samples… He discovered and went with that, especially the Charlie Shuffler tracks. I picture Gus’ music—even though he was so young when he died—as a folding accordion. There’s this panel, and that panel, and another panel.”

Unfolding Hellboy reveals an artist overwhelmed by his surroundings, but in love with his art. Liza calls the loft Gus lived in a proper atelier, a suite where creatives could come and go to make the best music possible.

“[Peep] was coming off of couch surfing,” Liza recalls. “He got his apartment [in Echo Park]. He was exhausted, and he made some good friends. [Everyone] was trying to get him to sign a deal. He was staying with different people and being hunted down for a contract. I think he was also—I know—he was lonely and homesick. The way he handled a lot of that, Lederrick was telling me, he just got it out in a song.”

“Him making the songs was helping his sanity stay together,” Yung Cortex agrees. “Everything around him was intense and moving fast, way faster than I’ve seen anything happen for an artist. Prior to him getting his apartment, me and Smoke had an Airbnb, and him and [Lil] Tracy crashed on our floor. A month later, he was signed, had a spot, and we were already doing that whole thing. There [were] a lot of people around him that wanted to leech off his creativity, and I could see it wearing down on his mental.”

From this intensity rose iconic moments in Lil Peep’s catalog, including the viscera of “OMFG,” which Liza reports as having been made in the middle of a party, with Gus sitting in the middle of the room, just letting it out.

“We made that song when we all lived in [the] loft,” Nedarb recalls. “The song came together pretty easily. I remember him recording it in the middle of the entire loft. He grabbed a metal folding chair, and he took another chair and put his computer down, had his mic… There [were] hella people, probably 15 people in the loft, and he was singing his heart out in front of all these people!”

Cortex reminds me Lil Peep “recorded [Hellboy] himself and mixed it all himself on GarageBand, which is the coolest thing on planet Earth.”

Of the 16 songs on Hellboy, Liza cites a handful as being true slices of who Gus was in 2016: “hellboy,” “gucci mane,” and “we think too much.” The rest of the tracklist, she explains, is rooted in very specific situations Lil Peep was living through, but those three tracks captured his overall aura.

“It’s one of his most honest, emotional, and heartfelt songs,” Nedarb says of, “we think too much.” “That was the last song me and him ever made together.”

They’re sad songs, but as Liza details, when Peep was 19, it was a very emotionally wrought time. She attests that, even at 57, she sometimes listens to Hellboy and relates heavily to the themes of not caring and not needing anyone, but hoping for some semblance of comfort. No wonder the swelling metal moment of “move on, be strong” closes out Hellboy.

“‘move on, be strong,’ that’s a funny one,” Cortex remembers. “Gus was actually sick when he recorded that one. We started that beat a day prior and he really liked the Avenged Sevenfold sample. We were sitting on Gus’ couch watching the Beyblade movie at 10 in the morning, and he was recording in his living room, but he was sick! He wanted there to be screams, but he had lost his voice. I can’t believe, to this day, the song sounds as good as it does because his voice was at the point of a whisper. He banged out the entire thing in an hour.”

“I hadn’t heard anything like the whole tape,” Charlie Shuffler says. He takes me back to his college days, spinning “the song they played” on repeat as he walked between classes, miserable. If you were lucky to come of age alongside Lil Peep’s music, you likely have a similar memory. He was a voice for himself, and a voice for a generation wracked by the atrocities of the world, internalizing them, and letting their hearts bleed without suppression. In that way, Hellboy is an incredibly selfless offering.

“He was a hyper-intelligent person, and he was honest,” Lederrick says of Lil Peep’s undeniable magic. “He just did something no one else had done before, so I think people resonated with that. He was the whole package.”

“It’s just that Gus was a person, and he was a very passionate and poetic, expressive person,” Liza Womack says as we round out our conversation. “He went his own way when he couldn’t handle the road that most people take—the road he was expected to take. He was incredibly hard-working and did an amazing amount of research on music and sounds. Constantly working, thinking, doing, and creating. He was one of the most prolific and creative people I’ve ever known.”