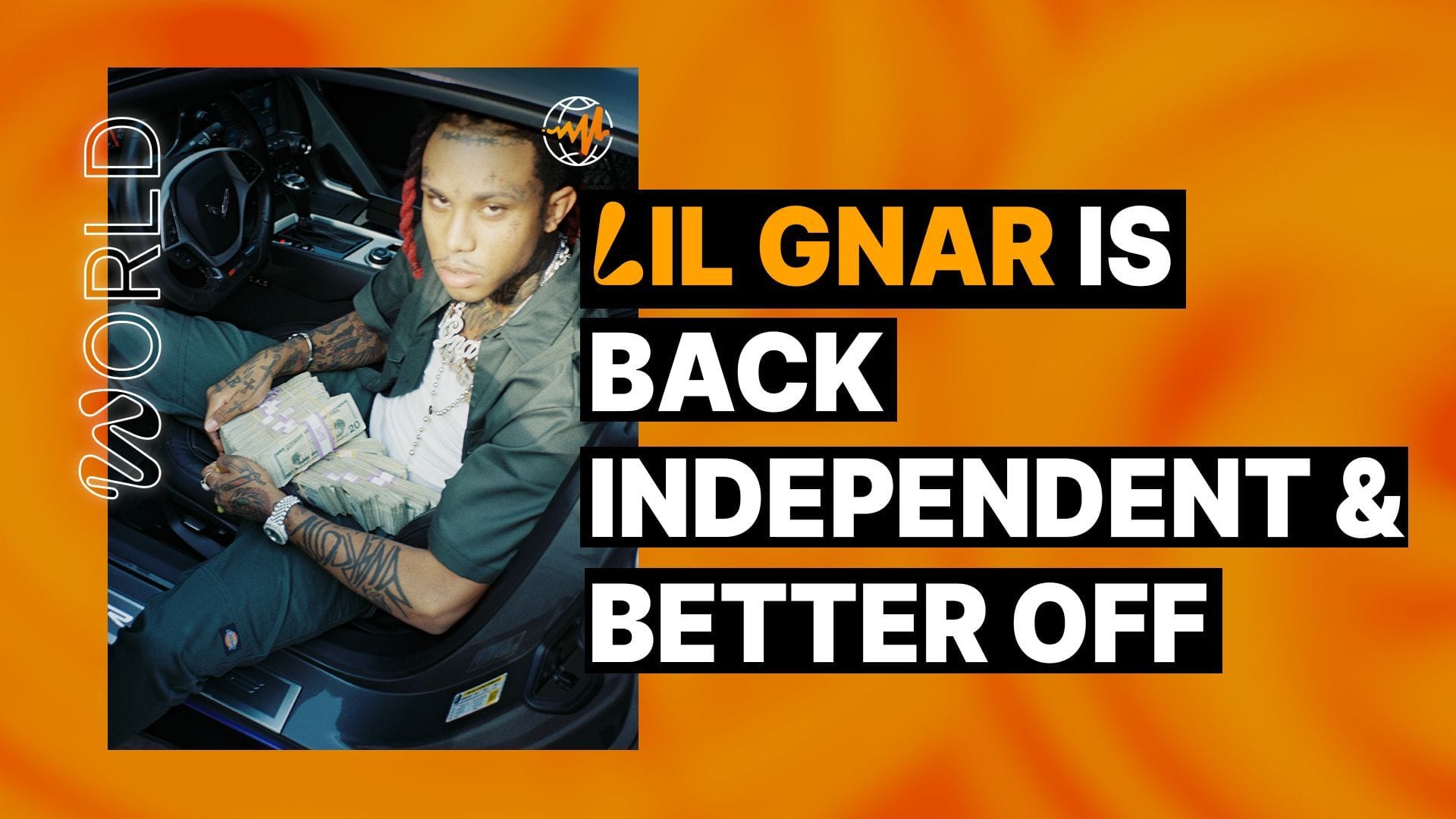 Signing with a record label isn’t a viable solution for every artist. Some benefit from having more structure and planning, while others prefer to keep their careers in their own hands. Atlanta native Lil Gnar, having signed a record contract early in his career, has recently entered an independent chapter, and he’s enjoying the freedom.

Taking music seriously in 2017 after gaining notoriety in the worlds of skating and fashion, Lil Gnar has immersed himself in vibrant, catchy, and sometimes rock-inspired rap that has featured collaborations with artists like Lil Skies and Travis Barker. Early single “Ride Wit Dat Fye” and follow-up EP Big Bad Gnar Shit, both with frequent collaborator Germ, quickly put him toward the forefront of the underground rap scene, leading to a deal with LA-based independent record label 10K Projects.

Unfortunately, the music hasn’t always gotten to fans’ ears in the way Gnar would have liked. His 2018 project GNAR Lif3, billed as his true introduction, suffered from delays and false starts. 2019’s FIRE HAZARD album, despite being led by Gnar’s biggest hit to date in “Death Note,” suffered similar delays. 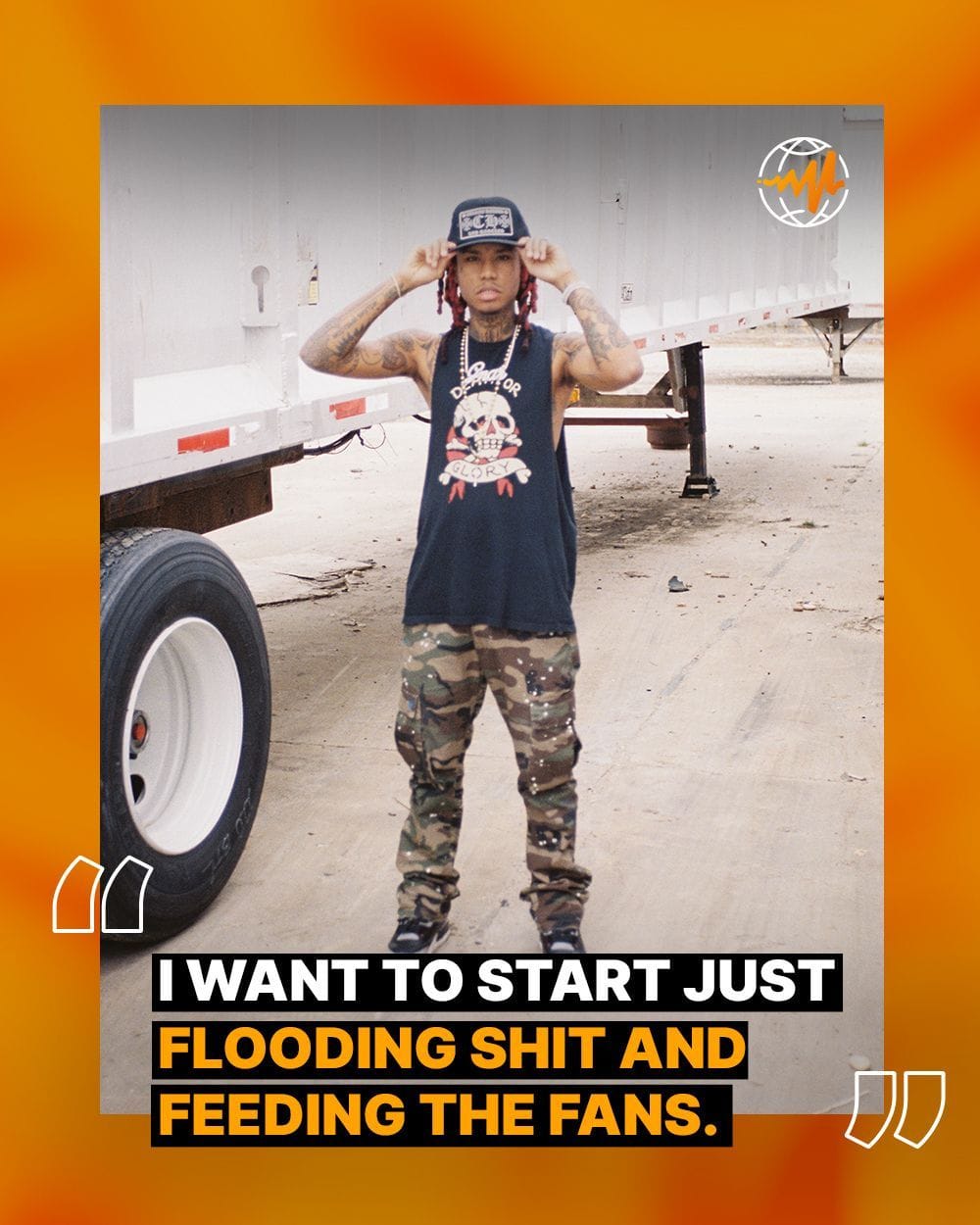 Today, Gnar is free and happy to be independent because he can work at his own pace. Though it’s only been a few months since he got out of his deal, he’s already planning to make major changes to his release schedule. “I want to start speeding up how quickly I release music, so I’ve always kind of waited, but I want to start just flooding shit and feeding the fans,” Lil Gnar explains. “I’m going to start dropping music every couple of weeks now that I’m independent. When I feel like the time is right, I’m going to drop the project.”

What drove you to start rapping?

I just always loved it—all different kinds, really. And then just freestyling in high school, realizing I could kind of rap. I had a couple of homies who actually started rapping. They were seeing some success from it, and I was like, “Oh, you can actually do this.” Really it took me seeing the homies. Mainly my boy Germ.

Before that, I didn’t understand you can just rap, and people will actually listen to it. But once I saw that, I was like, “If you can really do it, okay, let’s go.” I didn’t even start rapping just then, but a couple of years later, I was like, “Alright, I’m going to take it seriously and start putting out music.”

You haven’t been around for too long, yet you’re adamant about being independent. Why is that so?

I signed to 10K Projects in early 2018. I only had a couple songs out when I signed, and I was just able to get out of my deal maybe between four to six months ago. It was cool being signed over there, but I just thought they didn’t really do much for me. 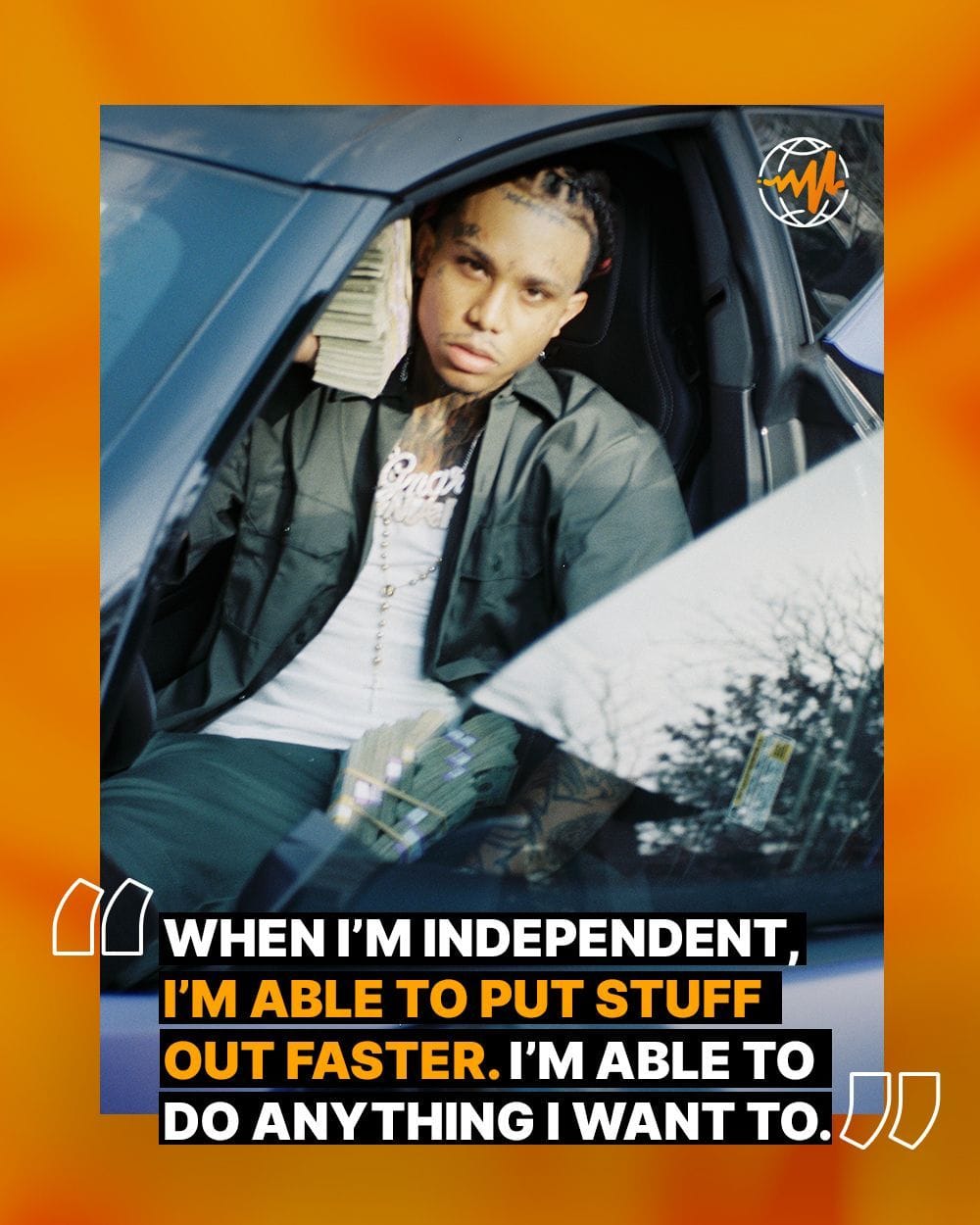 When it comes to being signed versus being independent, what kind of changes come with that from a business and creative perspective?

When I’m independent, I’m able to put stuff out faster. I’m able to do anything I want to. The crazy thing is, as far as promotion or working with artists, that’s honestly the reason I signed, and they didn’t really do anything for me. So I haven’t honestly seen any change in promotion or working with any big artists or nothing. The only difference is now I just pay for this stuff myself, but I’m able to drop when I want, how I want, whatever. So just full freedom with my career.

You recently moved back from Los Angeles to Atlanta. What spurred this change of scenery?

I always wanted to come back home. I kind of started my career when I was living in LA, but my plan was always to come back to Atlanta. Once I got to a certain level in my career where I could just leave LA and come back, I came back home, back to my roots, back to where I started. It’s been great being around all the homies and everything. My music’s been getting better. I’ve turned into the artist I’ve always wanted to be. So it’s just been perfect coming back.

You’ve been killing it with high-profile collaborations recently. How did “Missiles” with Trippie Redd come about?

I just locked back in with Bankroll Got It. [He’s] the producer I’ve been working with a lot—he did me and Lil Uzi’s song “Diamond Choker.” He was actually in Atlanta, so he set up a session, and I pulled up and did a couple songs. [“Missiles”] was one of the ones I did. I actually called it “300” when I first did it, and then I went out to LA the next week, and I was over at Trippie’s house, and we did a few songs.

I had just flown all around. I was tired, so I wasn’t really making no heat, and I was like, “Man, I do got this crazy song I did last week.” So I played that one, and everyone around was like, “That’s it.” So instantly, we just looped it, Trippie put a verse on it, and then that was it.

With the ramp-up of new releases, is it safe to assume you’re about to drop a new project?

Yeah, I’ve got this project Gnar Lif3 2 I’m dropping. I just want it to be as crazy as possible, so I’m not in too much of a rush to drop it. I just want to keep giving. I want to start speeding up how quickly I release music because I’ve always kind of waited, but I want to start just flooding shit and feeding the fans. I realized that’s what they want, so I’m going to start dropping music every couple of weeks now that I’m independent, and then when I feel like the time is right, I’m going to drop the project.

Now that you have the independence you’ve waited for, what’s the most important thing for you right now at this stage of your career?

Dropping music. I want to feed the fans because I feel like I’m at a pivotal place in my career. I’ve been working with a lot of big artists the last couple of months that my fans have been wanting me to work with. So I just want to keep putting out music, to work with people that I think are sick, and just put my foot on necks. I want to keep the gas on for the next year straight and then look back and see how it’s looking.