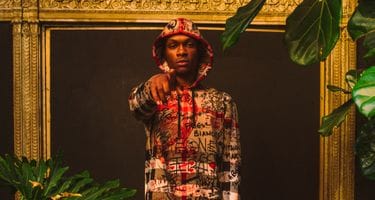 It’s been a hard year for the graduating class of 2020, but a major label record deal is making the adjustment to adult life a little easier for Lil Eazzyy. The young rapper dropped “Onna Come Up” as a live freestyle, performed from the passenger seat of a luxury car, on his Instagram page in late May. Over an eerie descending piano, Eazzyy raps about the perks and perils of street life in a tumbling flow reminiscent of fellow Chicagoans Polo G and G Herbo. The song soon became his breakout hit, garnering over 700K streams on Audiomack.

Eazzyy had spent much of his senior year of high school in the studio, and the success of “Onna Come Up” helped him land a record deal this summer around the time his peers were finalizing college plans. The Underrated EP is his debut. It showcases the sounds Eazzyy draws from the well of the last decade’s Chicago rap: from the thudding drums of “Feeling Different” to the bluesy Auto-Tune smears of “Kick Da Door.”

Eazzyy is now shopping for a new place to live between studio sessions, deciding between the industry hotspots of New York, Atlanta, and Los Angeles. “I don’t want it to feel too far from home, from Chicago,” he says. “Gotta have good eats.”

I spoke to Lil Eazzyy on a video call from LA about collecting unreleased Herbo tracks, trying out new sounds, and attending a high school full of talent. 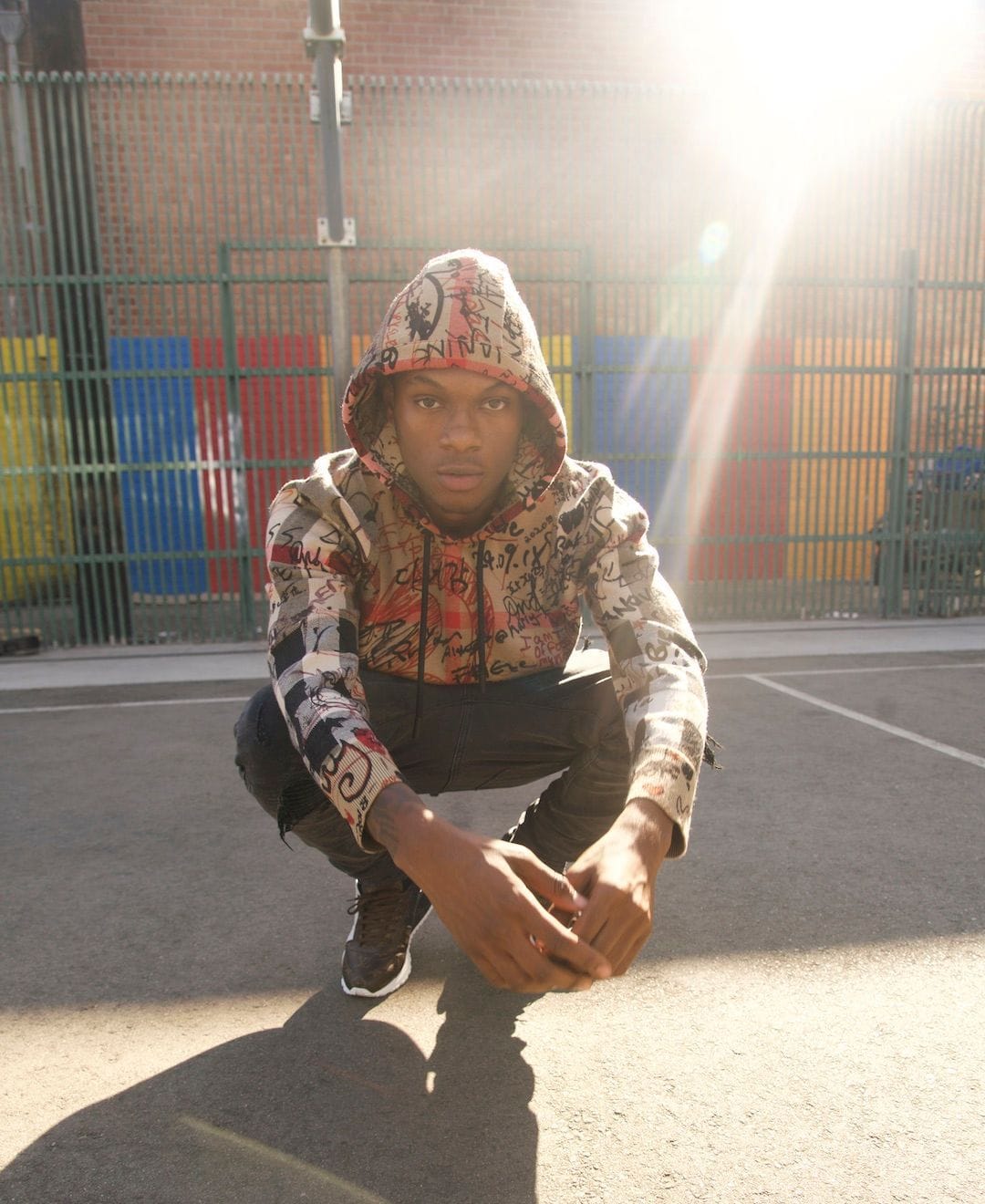 What are you up to while you’re out in LA?

I’ve been recording every day pretty much. I brought my engineer with me from Chicago because I really fuck with him. Producers, I been fucking with Iceberg, John Yaya, Two Twins, Evan, Helluva Energy, Section 8... I’m tryna get in with Murda [Beatz] soon. Just tryna get a feel for everybody.

“Onna Come Up” started as a freestyle, right? Tell me how that came together.

My manager was like, “Get out there and give people some content.” I’ve been fucking with freestyles, but I hadn’t marketed them. I wanted to make a freestyle based on me coming up because I felt like I was gonna come up after this freestyle, felt like I was gonna do big things. I went to my friend’s house, they recorded me, made sure the video was straight, and then I dropped it and marketed it, and it went crazy. People started gravitating towards my page crazy.

What was it like seeing the comments and views roll in, especially if you hadn’t formally recorded the song yet?

It was mind-blowing because of the area I came out of. I went to Homewood-Flossmoor [High School], so Juice [WRLD] came out of there, some big sports dudes. Getting the love from everybody in that area made me feel like another GOAT coming out of that area. Most of the love was coming from Chicago, but now it’s coming from New York, Canada’s fucking with me heavy, a lot of places outside the country. It’s just a warm feeling to have everybody fucking with me.

You’ve said your family life was stable growing up, but your dad wasn’t really listening to hip-hop. What were you listening to as a little kid?

That was my younger years. I moved out of my dad’s house at 11, and I went with my mom. Before that, he had me on Michael Jackson, all the old school shit. I never got a feel for rap because nobody showed it to me. Being in Chicago, he ain’t want me to have that many friends because he knows how people are in Chicago; everybody’s kinda grimy. So that’s when shit happened, and my mom moved us to the suburbs.

My mom let me be me. She knows I don’t like being told what to do. I don’t like authority like that. My mom is like my best friend, but she’s my mom at the same time. She let me do what I wanted to, so I kinda gravitated towards all that bad shit when I got to the suburbs, ironically. I was going to the city to see my dad, but I started making connections with different people, then I started going to the city to see them.

Are your parents fans of your music?

They are now, now that they’re really paying attention. They weren’t taking me seriously at first, just because it seems like the newer generation, everybody’s gravitating towards rap. Then they seen how my senior year, I was going to the studio every day. Once the summer hit and that shit blew up so fast, it’s like this shit is crazy. They started tuning in, and yeah, they fuck with it.

What was your next move for putting the Underrated EP together?

When I got to LA, my big thing was, I wanted to find my sound. I didn’t like just having one sound and sounding the same. Artists like that die down fast. I’ve been out here working. I’ve got 100 songs done. So I just picked through all the songs that portrayed the image of me being underrated, on the come up, how people doubted me, and now I’m here in such a short span of time.

How did you first get into rap? When did you start paying attention to the Chicago music that was big at the time?

My friends put me on first. My homie put me onto Herb when he was still Lil Herb. This was before Welcome to Fazoland. Then I got into Lil Bibby because that was his partner. That made me connect the dots, going to Chief Keef, Fredo, Lil Reese, Durk, Tay600, Rondo, LA Capone, all the good stuff.

Being in Chicago and going to a big school like H-F, you’ve got people that’s connected everywhere. They might have some old Herb because they cousins, or they cousins’ cousins, or whatever. Music just fly around. I got some unreleased Juice, unreleased Polo, unreleased Durk, unreleased Herb, really all Chicago. I don’t know if they send it to they homies, and they homies be sending it out, but that shit be hot. Once I got that first Herb song, I was like, I need to find some more.

Was there anything in particular that led you to take rap so seriously in the past year?

I wanted to play basketball, but H-F is a big sports school, so they already got they teams and shit situated. As I was playing basketball, I was already playing with words, trying to write raps. One day my homie took me to the studio, and I recorded something I wrote, and my engineer was like, “People don’t come in the studio they first time rapping like that.” That gave me the push to keep coming in here and see if I can do it. I kinda fell in love with it. I like writing about the shit I do or different stories. Next thing you know, I was going in there every day, producing.

Big picture, what are you hoping to accomplish as an artist?

I definitely want to get a track with Drake; that’s big picture. I just want to be the biggest artist I can be, and get to the highest point I can possibly get. I don’t want to put a cap on it. That’s why I like to stay on grind mode. I’m locking in right here, so I can get there. It’s gon’ come if you put the work in.