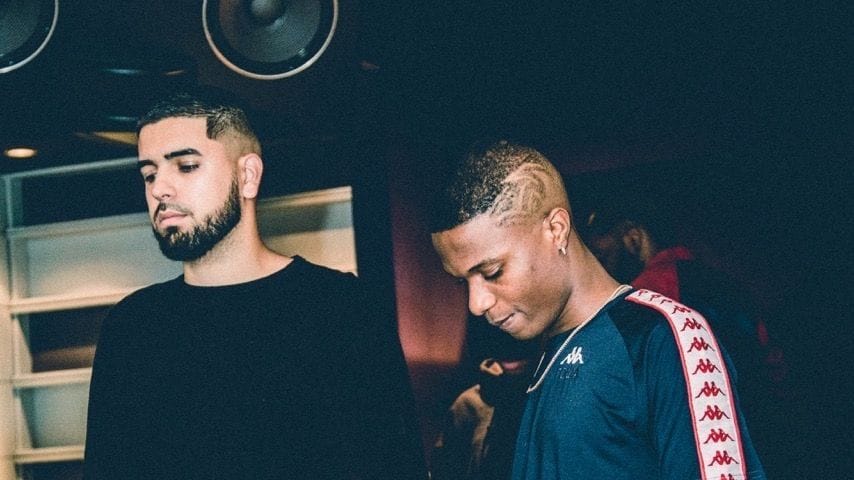 All praise to the mixing engineers making our favorite albums sound crispy and clear. One such engineer is Leandro Hidalgo, best known for his work with Wizkid. Affectionately referred to as “Dro,” the mixing maestro and producer also has credits with Khalid, 24hrs, Mr Eazi, Skepta, and many more heavyweights. Living in Los Angeles, Dro worked on Wizkid’s latest smash, Made In Lagos, which has amassed over 40 million streams on Audiomack to date since its October 29 release, remotely. “It’s a real, true collaborative process,” Dro assures me. “We [Wizkid and producer P2J] challenge each other. The whole album was an evolution.”

The amount of love and detail put into the album, and the reverence Dro has for Wizkid and Lagos itself, is palpable. He would often spend days working on minutia for the betterment of the music. “It’s a light in the dark,” Dro says. “It is truly a body of work.” Seeing the positive reception for the album, too, has made all the years of work worthwhile. An artist in his own right, Dro spoke with me about the making of Made In Lagos, breaking down the album’s creation in the time of quarantine.

How did you get into mixing?

It’s a funny progression because I grew up playing music. I was playing drums and played in bands and did citywide competitions for jazz band. I never thought I was gonna pursue music professionally, but it was always around. I started to meet friends who rap. That’s when I started getting into producing songs. Getting more into the industry, meeting people, and learning from other people, it was always around the idea of producing. I figured, if I learn how this guy records an artist, I can record [my artist] better. Let me go do an engineering internship.

That started adding to my skill set of being able to mix songs. It really started with recording and being able to dial in the feeling of the song. Then, when I moved to LA, I was working around, and I ran into Dave Pensado, who’s a legendary mixer—22 GRAMMY nominations. Out of nowhere, he asked me to the studio. I played him some stuff, and he said, “I think you have a really good ear for music. Do you have any interest in coming to work for me?” I took it! That’s when the majority of my mixing experience came. I did about two years with him, mixing songs every day. He taught me everything he knows.

When did you and Wizkid first connect and start a working relationship?

Wizkid and I first linked in the beginning of 2015. That was right when he just started working on Sounds from the Other Side. When I first heard the name Wizkid, I remember someone called me and asked if I wanted to work with him. I had no idea who he was. I remember Google-searching his name as I was driving to the studio and trying to listen to some of his stuff. Once I walked in the room and met him, you can just tell! I’ve worked with so many people of high stature, and there’s a certain spark about people where you know he’s a superstar. I could tell, right off the bat, he was a star. He had it! That’s not a feeling you come across very often.

I’m Brazillian, so our music and Afrobeats have a lot of… They blend a lot. A lot of the Brazilian music scene comes from Africans who migrated to Brazil. Primarily the Yoruba tribe. So, when I heard the music… “I’m familiar with this balance and this swing of drums!” 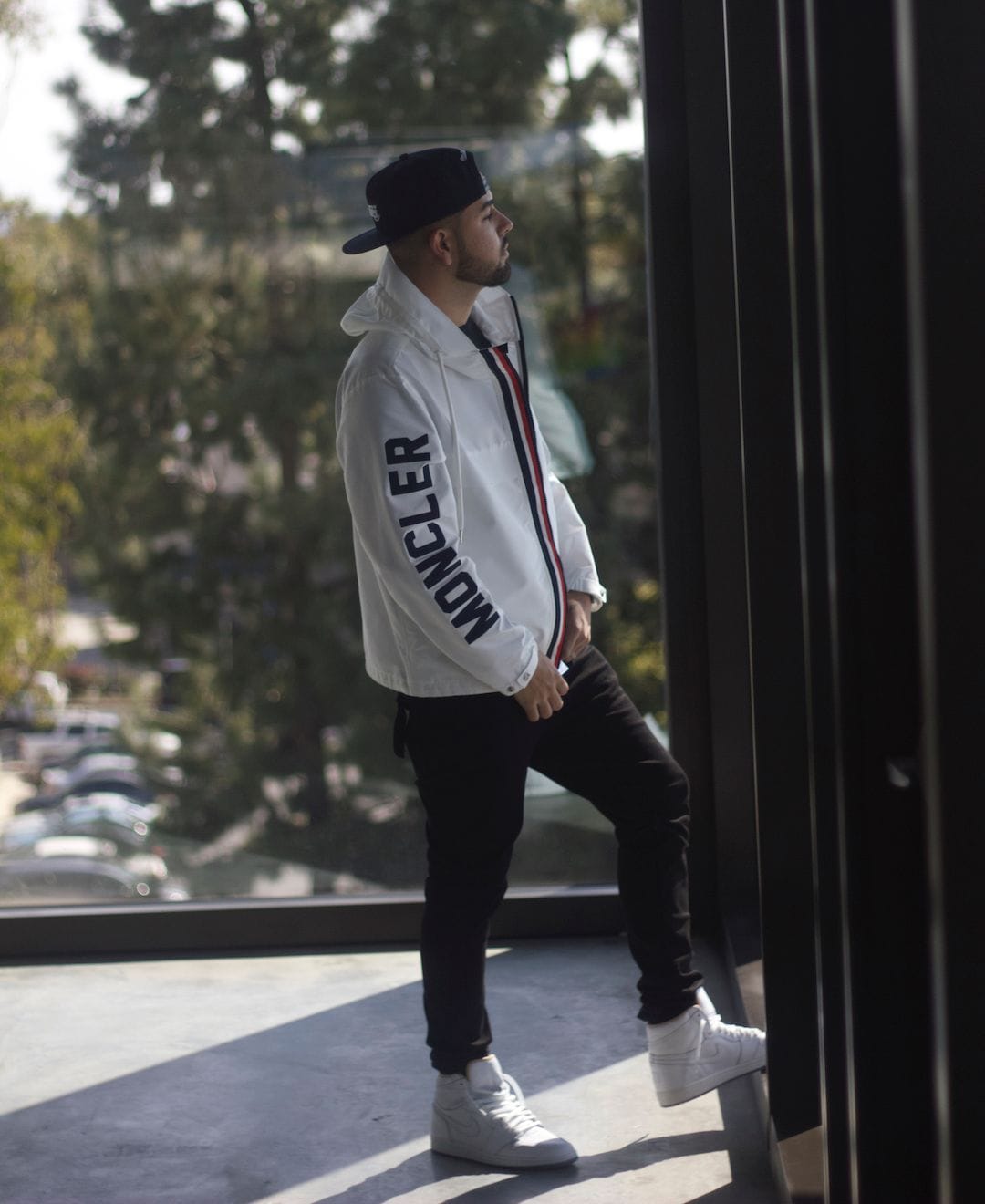 When did Wizkid approach you to start working on Made In Lagos? And how did COVID-19 impact the making of the record?

Made In Lagos had a journey. We always had the idea of working towards this album. We started working on Made In Lagos back when we were working on Sounds from the Other Side. It was probably two years ago when he basically said our only focus is Made In Lagos.

Last year, before COVID—it was July, August—I spent a month or so in London and traveled with Wizkid a little bit. That’s when we locked in on the vision of the album. We listened to songs and chose the direction. That’s what painted the picture for me. Coming back to America and going into the new year and COVID… I was ahead of the curve.I found a way I could work, virtually, with Wizkid. I have the ability to play Wiz, in real-time, what I’m hearing here in my studio, and he’ll be in London. We’ll be on FaceTime, but out of the speakers in London, he’s hearing exactly what I’m hearing, with no loss of quality. By the time COVID-19 hit, it was a blessing I had this figured out. We already had this virtual session. Corona didn’t slow us down at all.

So you were just ready?

Yeah. It was something I’ve always been working towards. I have people around the world hitting me up. I just got ahead of the technology to figure it out. This tech is ideal for this situation, and my studio is behind my house. I have a separate building with a studio built inside of it.

Never underestimate the power of the home studio!

I agree 100 percent. In a sense of mixing, there has to be a fair amount of things done to a studio for you to accurately hear what’s going on. My studio is a full-blown studio, built from the ground up, with all the treatments. Especially for artists and producers, when we’re creating new music, doing it at home is probably best. You’re gonna be in your best vibe, and there’s no time constraints. That messes with creativity.

Which Made In Lagos session was the pivotal session, the one that let you know you were working on a soon-to-be classic album?

From the beginning, we knew this was highly anticipated, and Wizkid has been breaking down boundaries outside of his country. We had to deliver something of legendary status. There’s no [one] bigger than him [in Africa]. When you’re doing that, your head is down, and you’re working all the way to the finish line.

We don’t really give ourselves the moment to sit back and go, “Oh, man, we made a monumental album.” The energy carried itself throughout the entirety of the album. It wasn’t a question of “Can we do this?” We knew this is what we’re doing. 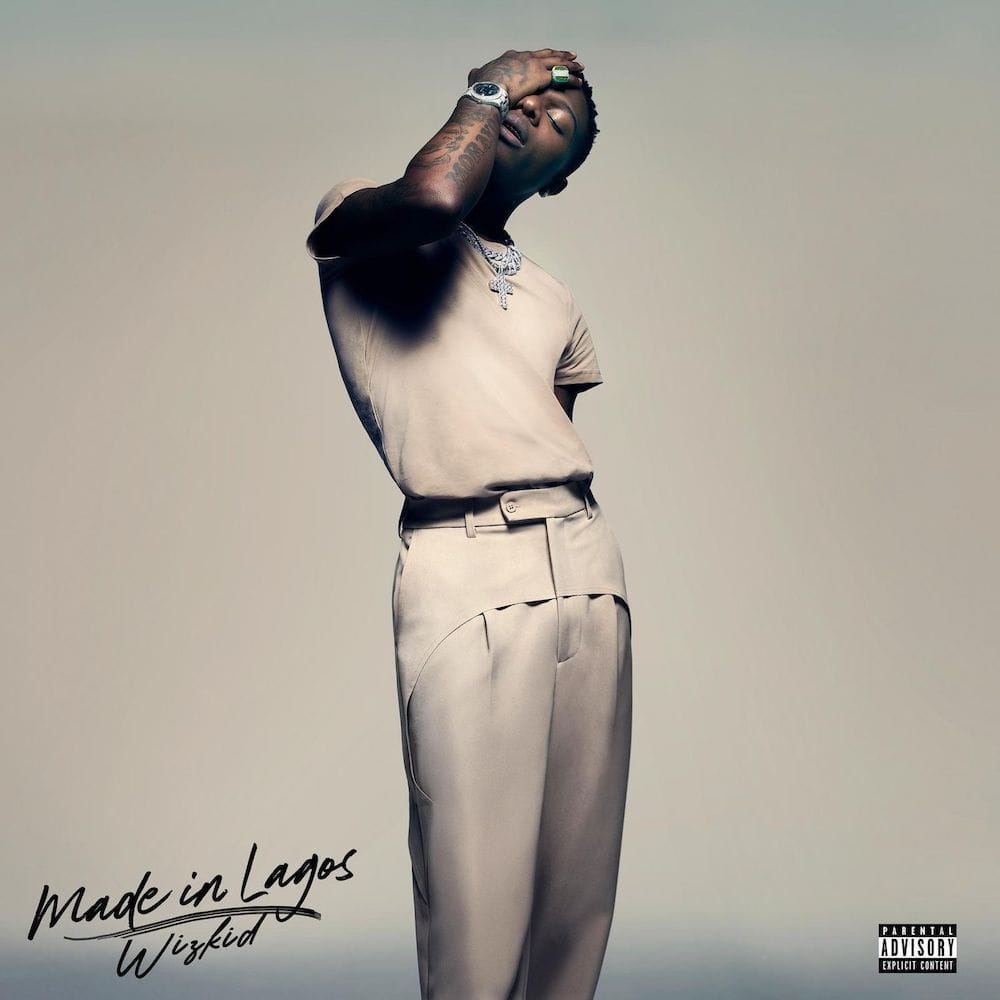 Were there any sessions that were particularly tricky?

I view songs differently because I’ve sat behind a microphone and recorded my own voice. I can look at a song from different perspectives, so I don’t stress over a snare. I’m not the type of engineer that’s gonna talk compressors and EQs, because, to me, it’s all about the feeling. How can I get this song to make me move? Sometimes, a little wrong is what helps. Engineers hone in too much on details and forget to take a step back and listen to the overall picture.

Which Made In Lagos session was your favorite, and why?

It’s like picking your favorite child! There’s special moments in all of them, and working on all the songs, there’s a moment where you feel like you’ve broken through. Cool! Now we just have to deal with the little details. I had that with every song. Two of my favorites were “Reckless” and “Blessed.”

“Reckless,” I loved working on that one because there’s so many little nuances going on with the drums. It was challenging to be able to get everything to a point where it felt. You know a mix is done when you stop listening to the mix, and you start listening to the song. With “Reckless,” it was all those little percussion elements. To hone those in and be able to let the song move you, it was a great challenge. P2J, who produced a majority of the album, we spent hours on FaceTime going back and forth to get the song to feel special.

“Blessed” is such a genre blend. One of the awesome things about music today is there’s no rules. You’re allowed to break down barriers of preset ideas. That song is a prime example. That was awesome for me!