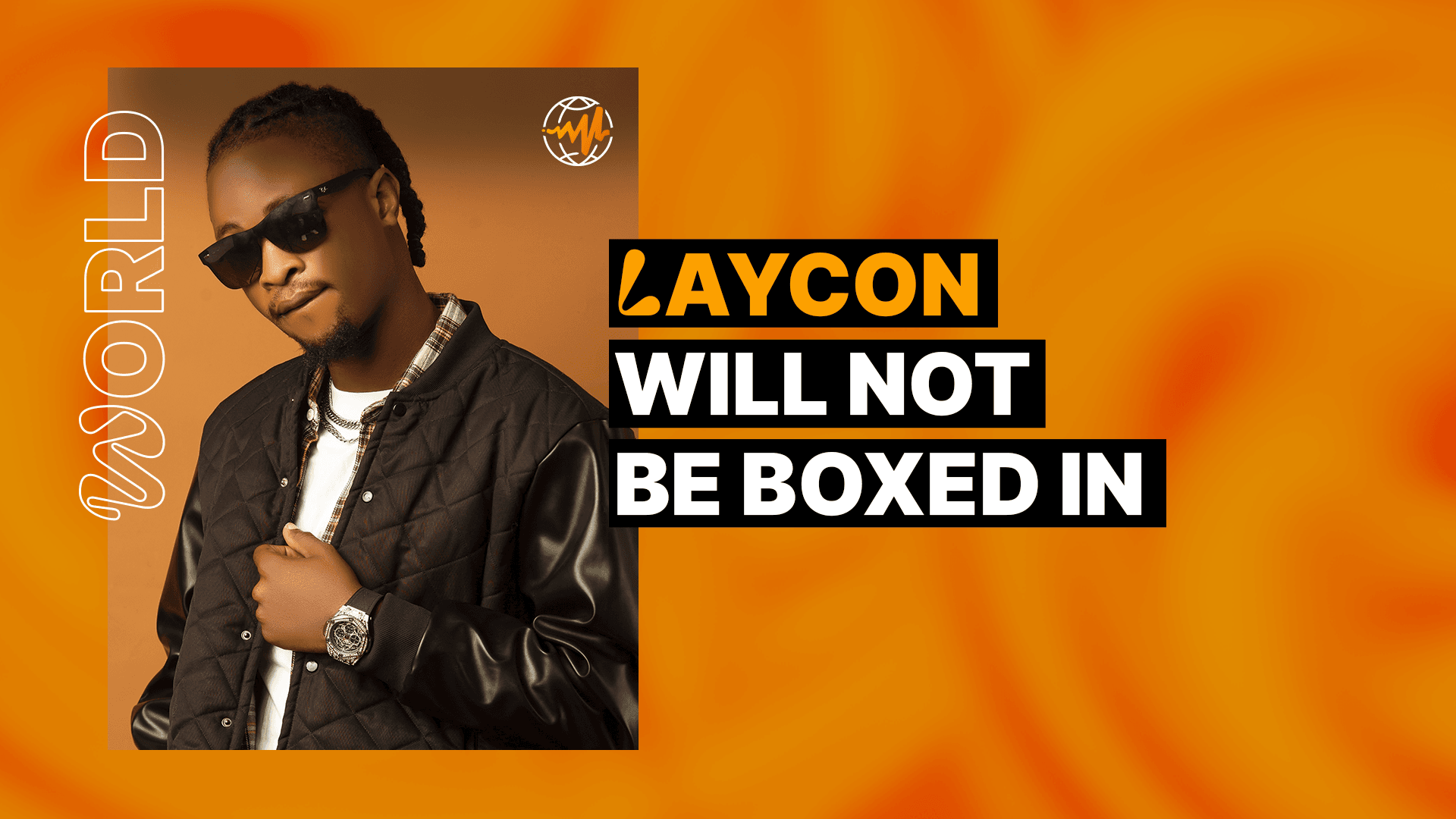 Born and bred in Lagos, Laycon channels the frenetic energy of West Africa’s most populous city with pride. "Everything in Lagos is rushed, so even my thought process is rushed because once I see something, I’m already making calculations in my mind about what needs to be done," the artist tells Audiomack during a recent Zoom chat.

Laycon's knack for making the right decisions even under pressure played an important part in his come-up. Born Olamilekan Agbeleshebioba, the singer came to the limelight in the middle of 2020 when he emerged as the standout contestant on the popular reality TV show Big Brother Naija, ultimately winning the fifth season of the much-followed competition. For all the visibility that a TV show brings, music has always been the raison d'etre for all of Laycon's choices. While in the house, his EP, Who Is Laycon, introduced fans to his dexterous blend of hip-hop and Afrobeats, winning new listeners over and making him one of Nigeria's most identifiable musicians.

In the year since winning Big Brother, Laycon's rise has been well-documented, powered by an unbeatable work ethic that he says comes from watching his parents and a number of people he looks up to. "You can’t bank on just being talented," he says. "That’s not enough to cut it. You have to work and be intentional about the decisions you make." 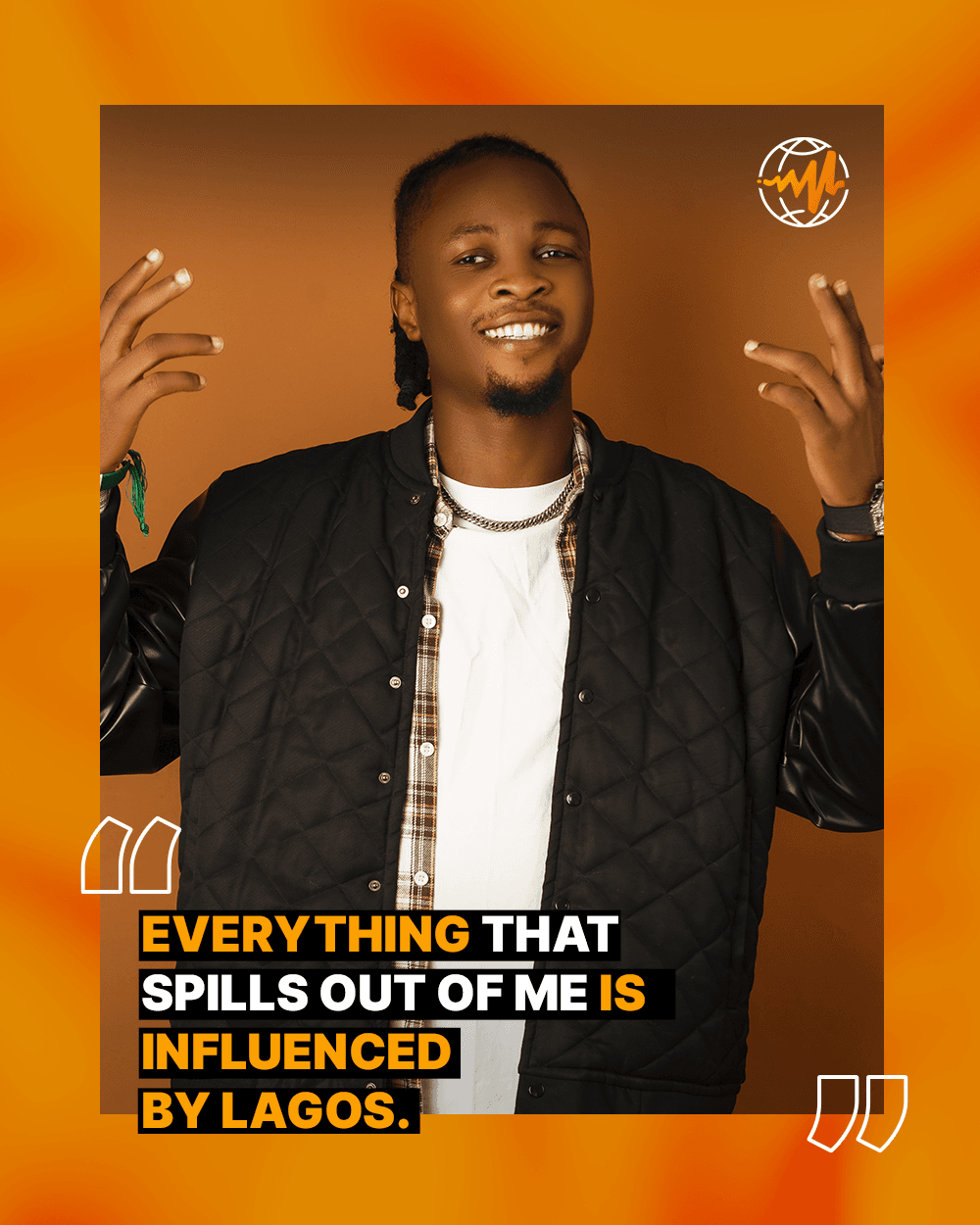 His debut album, ...Shall We Begin…, has been streamed nearly 20 million times on Audiomack since its April 30 release, proving Laycon is capable of making music that connects with a Nigerian audience. September’s I Am Laycon, his latest, sees him lean into his hip-hop roots more than ever, drawing from years spent listening to a variety of rap forms, but Laycon doesn't want to be just an avatar for rap in Nigeria. He knows he is made for more than that. “Music comes to me in different ways and my job is to express it,” he says. "I’m not rooted to one spot.”

How much of an impact does Lagos have on the person and artist you are?

A very big impact because there’s no way your society won’t have an influence on you. It’s probably the third biggest influence after friends and family. There’s a “make it snappy” vibe that you’ll get in Lagos; I don’t think you can get that feeling in any other place. Everything in Lagos is rushed, so even my thought process is rushed because once I see something, I’m already making calculations in my mind about what needs to be done. Ultimately, it flows back into my music and becomes part of my process.

On “Verified,” I was shouting out places on Lagos mainland and island and people there could relate because I know the vibe of the city and was just basically giving it back to them. Everything that spills out of me is influenced by Lagos.

Was your family steeped in music?

I wouldn’t say my parents had musical talents but they listened to music a lot. There was a range of music in my house growing up. While my dad would listen to Juju, Afrobeat, and Fuji artists like Fela [Kuti], Ebenezer Obey, and King Sunny Ade, my mum would listen to Lionel Richie, Michael Jackson, Diana Ross, and Tina Turner. So there was a large gap between what they listened to in the sense that my dad listened to more African musicians while my mum listened to more Americans. It also influenced my sound because it made it very diverse.

I put out ...Shall We Begin…, a very commercial album, then put out I Am Laycon, a core hip-hop album, and they came out in the span of eight months. People see the versatility in my music and it’s because of the way my parents were with the music they listened to. 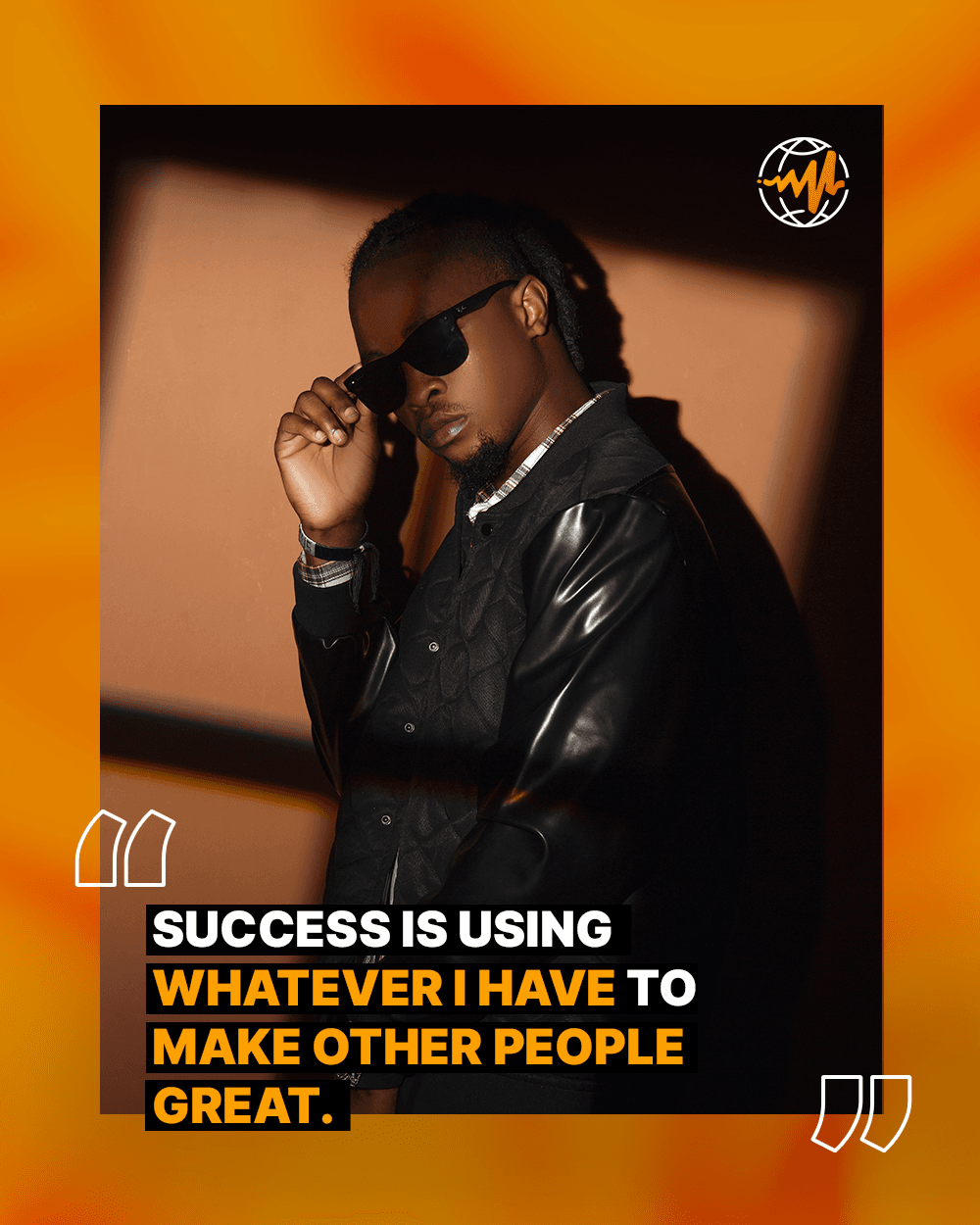 What musicians made you gravitate toward hip-hop?

The Game and 50 Cent. Their song “How We Do” was the first rap song I really liked. I just loved how people were able to play with words and twist them in a weird way that made me have to look for the meaning of what they were saying and attribute it to how I’m living.

Because of what The Game and 50 Cent did, I decided to listen to more hip-hop. I got into Chamillionaire, Lil Wayne, and Eminem. I listened to everything I could lay my hands on so I could absorb it all.

On ...Shall We Begin…, you pulled influences from diverse genres while still grounding your work in your rap background. Was it hard to get that balance?

So, I put a lot of effort into my diversity as an artist. I also showed that I can talk about different things as an artist, explore an array of themes, and keep rapping while doing it. That’s where I got my term “Afro-rap” from. It’s me mixing rap with a lot of things and fusing it with different types of genres. I just try to keep it relatable and ensure that it still has an afro-centric vibe to it, but with I Am Laycon, I just wanted to rap.

It’s been over a year since you won Big Brother Naija. Have you been able to put the win into context and rationalize what it means for you as an artist?

I have. There are times when I feel like I would probably have still gotten to where I am right now but in a different way and, probably, in a more complex manner than it is right now. But also, I feel like I have to work twice as hard also because a lot of people are like, “It’s just the Big Brother buzz,” but I’m still here. That shows me the work I’ve been putting in is paying dividends because immediately after I left the house, I started working.

The second day after I left the house, I recorded “Nobody (Remix).” I was really intentional about using whatever I got from the house to push my music. Of course, now, we’ll begin delving into things I feel will benefit me and society but for me, the primary thing is to use everything I acquired for music. So, I’ve put into perspective that whatever I did was for my music and whatever I do moving forward is for my music as well.

How would you define success for yourself right now?

Success, for me, is using whatever I have to make other people great. I want to use my success to make other people successful. Once I see that I have touched a lot of lives to the point where these people’s lives are also touching other people’s lives, that’s success. For me, it is never-ending. You’ll never be fulfilled when you see life that way because you’ll always have dreams and aspirations for yourself until the day you leave this earth.