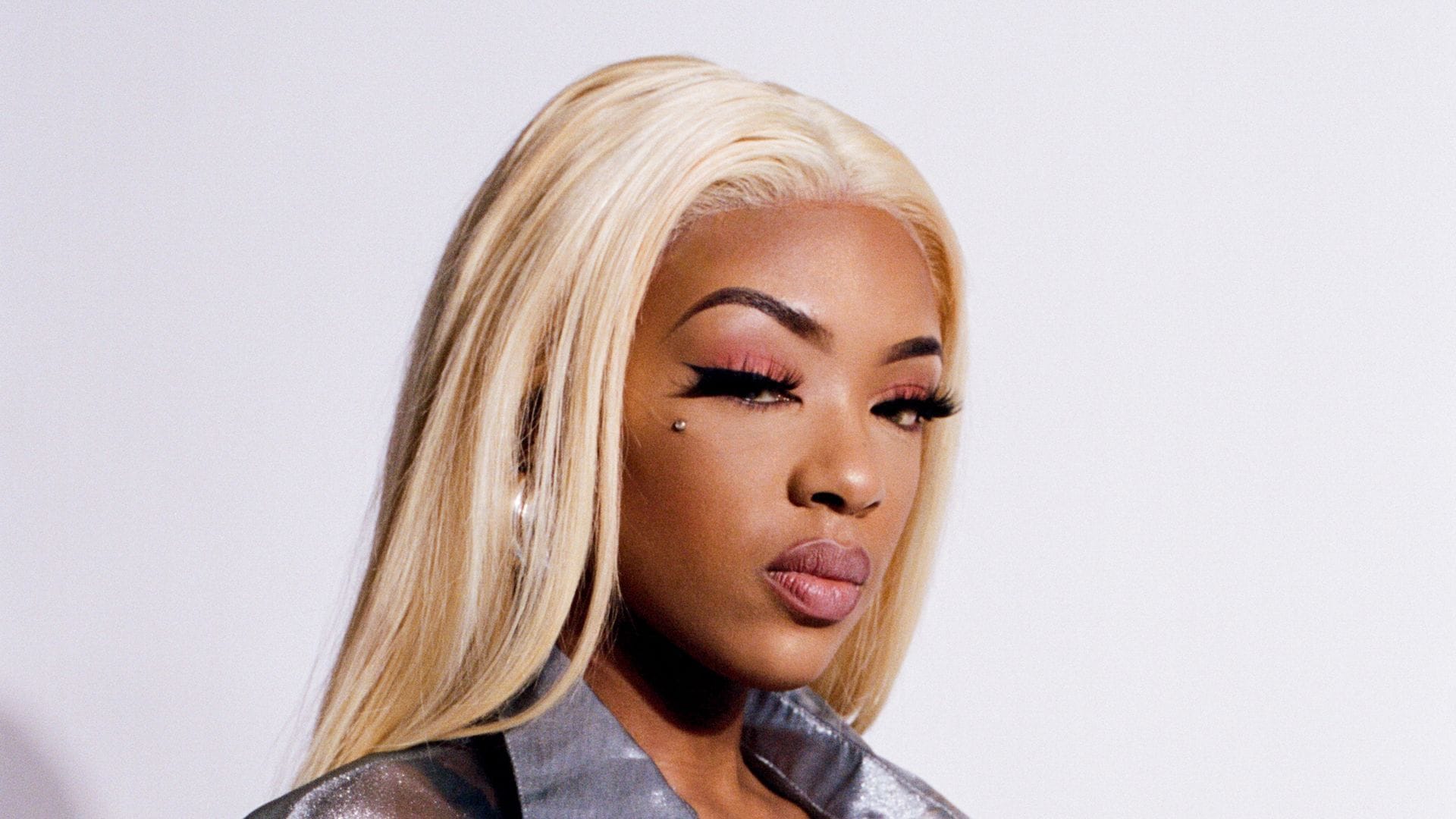 Having dropped out of high school in the eighth grade, South London rapper Lavida Loca says she joined a gang to feel security and gain a sense of belonging that was missing from her life. “I was kicked out by my mum and dad when I was 14. The school system wasn’t set up for me at all,” the 21-year-old says over a phone call where no subject is off limits. “I had to find a different path.”

Lavida Loca’s perseverance and blunt honesty are just two of the reasons why she feels like such a breath of fresh air. Having first turned heads with a raw take on drill, where Lavi barked out orders to the drug dealers on her block (“I tell them have the money right / not even short on the pound!”) with the assurance of a military commander, the rapper’s claim of being “the king of UK Drill” served as a statement of intent that a woman was ready to lead the scene and fully embody the role of the alpha male.

Her sound has since evolved and pushed into exciting new directions. She’s proved capable of taking on dancehall, pop, R&B, and trap sounds, and is more than ready to be a pop star. Her new single “Lil Booties Matter” is a brave takedown of a culture that places impossible beauty standards on young black women and a continuation of the artist (who previously rapped: “Real slim bitch, I don’t need no enhancing” on “One Mic”) being unafraid to talk up on issues other artists seem to avoid like the plague. 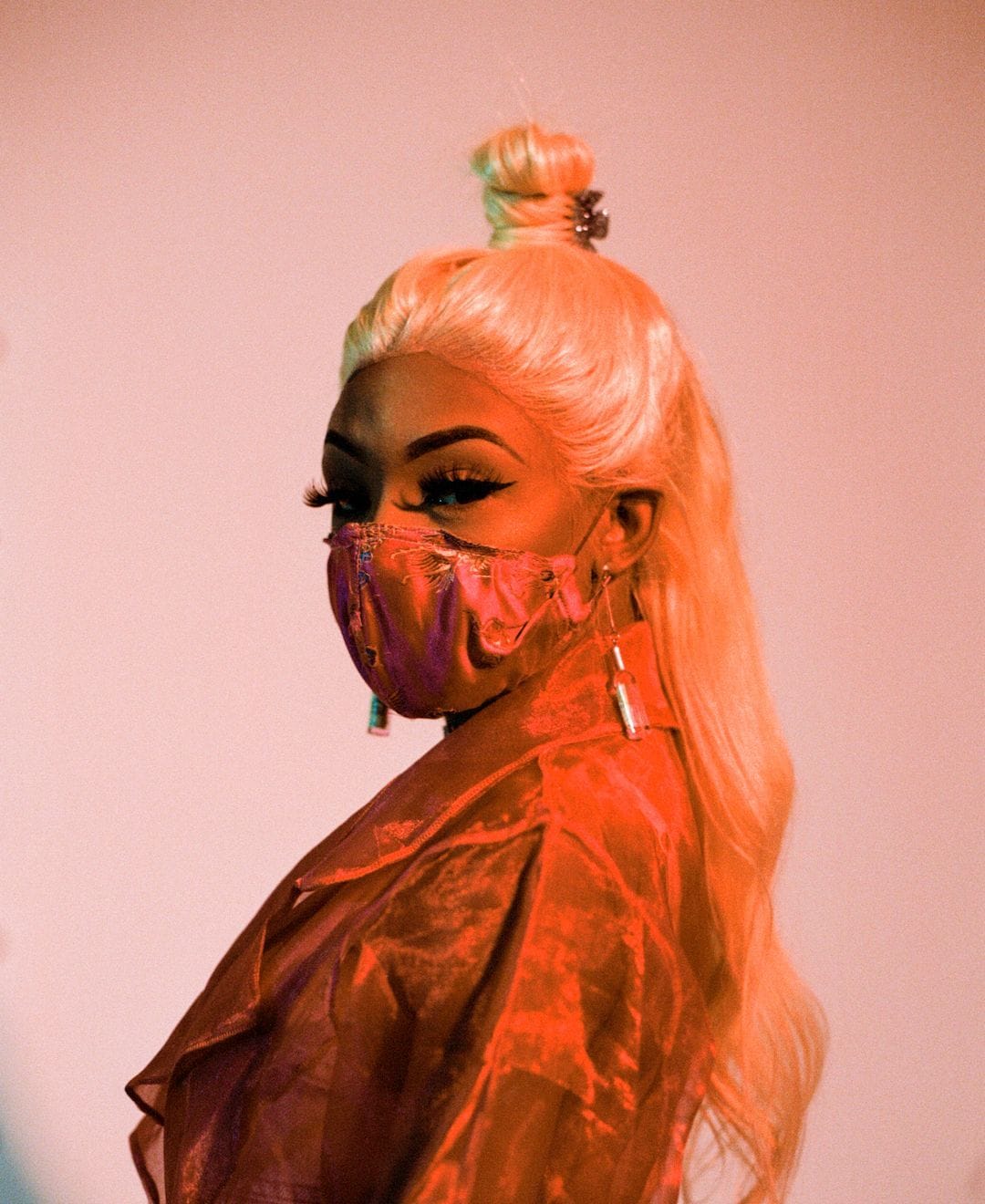 The fact she’s happy to talk about stealing both girlfriends and boyfriends on wax also feels important, with Lavi’s ownership of her sexuality flipping a UK rap scene still far too weighted on heterosexual values right on its head. Lavi possesses towering confidence, while her unique storytelling ability, which humanizes the addict just as much as the dealer (“2 Sides”), displays the kind of empathy you might hear on a 2Pac or King Von fable.

“It’s important I show you both sides of the drug transaction,” Lavi says, “because the roles could so easily be reversed. Look, I am whatever the class below working class is. I literally came from nothing! So, my focus [as a rapper] is to inspire the other girls who have nothing and try to push them out of that poverty mindset of feeling hopeless. It isn’t a fairy tale that I’m doing this; it’s just hard work! I live in the studio.”

There seems to be this impossible beauty standard right now within the music industry. I love how “Little Booties Matter” offers an alternative message.

Female rappers and singers are expected to uphold these impossible beauty standards and look curvy and thick like Kim Kardashian or Blac Chyna, and if you don’t look like that, then you’re asked to go get surgery. It started out in the US, but now it’s big in the UK too, and I think it’s sad that as soon as girls turn 18, they’re looking to get the surgery done.

I’m one of the few public figures they can look at and see something different. I want to inspire thin girls to love their bodies and not feel this pressure to get a BBL [Brazillian butt lift]. People have tried to force the narrative down my throat and make me change my image, but I don’t take it to heart. I don’t care what men want to look at; I care more about giving you something you’re unable to stop listening to!

I love how you refer to yourself as the “king.” Why is it important to be seen as the king rather than the queen?

Because the UK scene is so dominated by men, it means I have to go even harder. But there’s so many great women coming up—whether it’s me, Miss Lafamilia, Shaybo, or TeeZandos—and I hope this means we can open up more space for female rappers.

I consider myself a king cos’ my whole life, from being on the roads to rapping, I’ve always been in worlds that are male-dominated. I’ve always had to follow a male blueprint. Women are supposed to be raised as princesses and queens, but I didn’t have a normal upbringing like that, so I guess I identify more with being the king. By being the king, I’m never in a man’s shadow.

You project so much superhero confidence that it’s easy to forget what you escaped from to make it to this point. How have those experiences shaped the successful woman you are today?

Most people who go through the care system and living in children’s homes understandably end up being bitter. The care system can knock you down, as it isn’t easy being a young child and feeling like no one wants to love you or take care of you. You become lonely, isolated, have trust issues with people, and struggle to build relationships. I now have healthy relationships, so I’m lucky it didn’t have those long-lasting effects [on me] like it does for so many others. We are all labeled damaged children, so I want to use my platform as a rapper to show the people who are damaged how to heal and pick up the pieces.

I’d say prison saved me. I always wrote raps; when I was 12, I’d put my mind on a piece of paper. But I’d say when I was in prison in 2017, it became clear that rapping could actually be a career path. It made me realize how short life is. I celebrated my 18th birthday in prison, so it means I appreciate the little things a lot more now. I appreciate a McDonald’s and a Coca-Cola because I know what jail food is like. They serve you hard potatoes and raw chicken. These experiences all come out in my music. You’re going to hear me rap in Spanish because the South American ladies on my wing taught me the lingo, and you’ll hear a verse in Chichewa because that’s my Malawi mother’s native language. I want to give you every side of me.

“2 Sides” shares that emotive storytelling and the song shows how the dealer and the user are both victims of a society that has forgotten them.

In rap culture, drug addicts are so often disregarded or thought of as the dregs of society. It is a mentality you learn in the trap, too, as you’re taught to almost be rude to them. But as I grew up, I got more empathetic and realized that everyone has a story. In prison, I met a lot of girls who were addicts, but that was so often linked to being abused or coming from poverty. The drug addict I rap about [in “2 Sides”], Bryony, was kicked out of home the same age I was. She had the same foundations I did. It’s important I show you both sides of the drug transaction, because the roles could so easily be reversed.

“On My” is an atmospheric drill anthem. Your songs give off the impression you like snatching both people’s boyfriends and girlfriends, which feels radical given the lack of openly bisexual rappers in the UK.

I feel I am unapologetically me, and I try to inspire people to be the same way. There’s nothing I would ever shy away from when it comes to my sexual orientation. Nothing is a secret, and I wear my heart on my sleeve. I’m trying to show I like both men and women. People see that on my social media, too. If I push that story in my music, I hope other girls feel more open to be whoever they are, too.

If you could say something to 14-year-old Lavi, who had just been kicked out of home, what would you tell her?

It would be to keep going. There’s been hard times, where you’ve been ready to give up, but keep going as you’re capable of so much more than you realize. There’s going to be a happy ending.