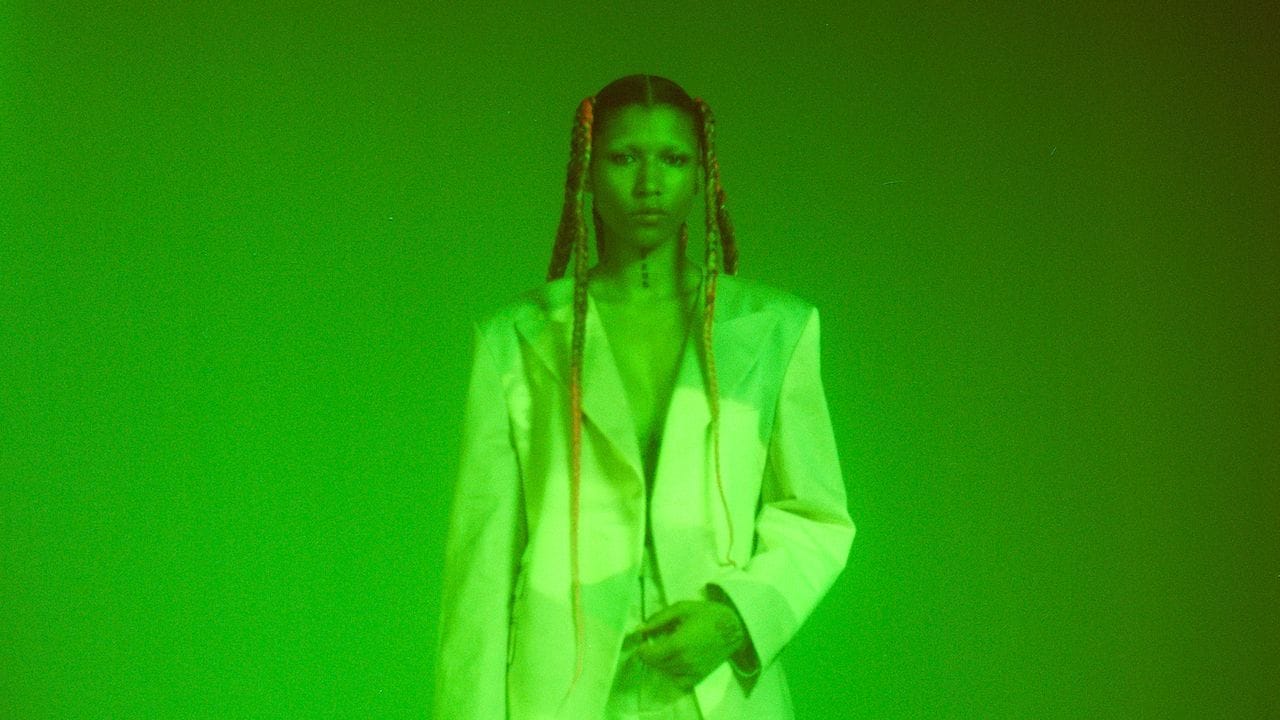 Lava La Rue, multi-hyphenate and founding member of her collective NiNE8, is a staple of London’s underground party subculture. The musician and artist is driven by the notion of family, especially after growing up in foster homes for most of her young life. But the Lava La Rue story is not one of tragedy.

Since her 2018 EP, Letra, and 2019’s STITCHES, Lava has been creating an irresistible pop oeuvre, culminating in the release of 2021’s Butter-fly, which features the ‘80s-infused single “Angel.” A collaboration with Deb Never, “Angel” flirts with hip-hop and classic electronica. Narratively, Lava tackles the tumbling sensation of falling for a girl with slick images of blowbacks and an emphasis on nourishment.

It would be easy to dub Lava as the next queer pop star of your dreams, but what’s more rewarding is realizing the space she is creating for queer people in her music extends far wider than simply headlining her identity as its own genre. Lava La Rue is an indescribable force, akin to a color wheel, and she describes her sound as psychedelic and alternative. She is a student of ‘80s ravers, West London music culture, and archived footage of Prince and Sade.

Butter-fly exists to create that “main character moment” for the listener. The moment you feel as if you’re the star of your own coming-of-age movie. Lava La Rue envisions the project touching the lives of all people looking to be heard and seen in a creative industry still uncertain about how to treat openly queer artists. While she admits much of this project is shouting into the void and hoping to get a shout in return, Lava also sounds confident in her narratives. Each song on Butter-fly is a necessary “queer love song” and exists to challenge the established framework of pop as only for cis white folx. They’re also bops. And isn’t that just as valuable?

Everything I’ve read about you has pointed to family being central to your work. Could you speak to what family means to you as a visual artist and musician?

Family is my sense of community. When you are queer or any minority navigating this world, especially when you live in a big city, you need to create your own support network. That goes into class, race, sexuality, gender—in a world that wasn’t designed for people like that to thrive and has gatekeepers at the top, you build your own thing that doesn’t have any gatekeepers. These are my people; this is where I’m proud to be from. That’s why I founded NiNE8 in the first place, to have my own family where we swapped resources. 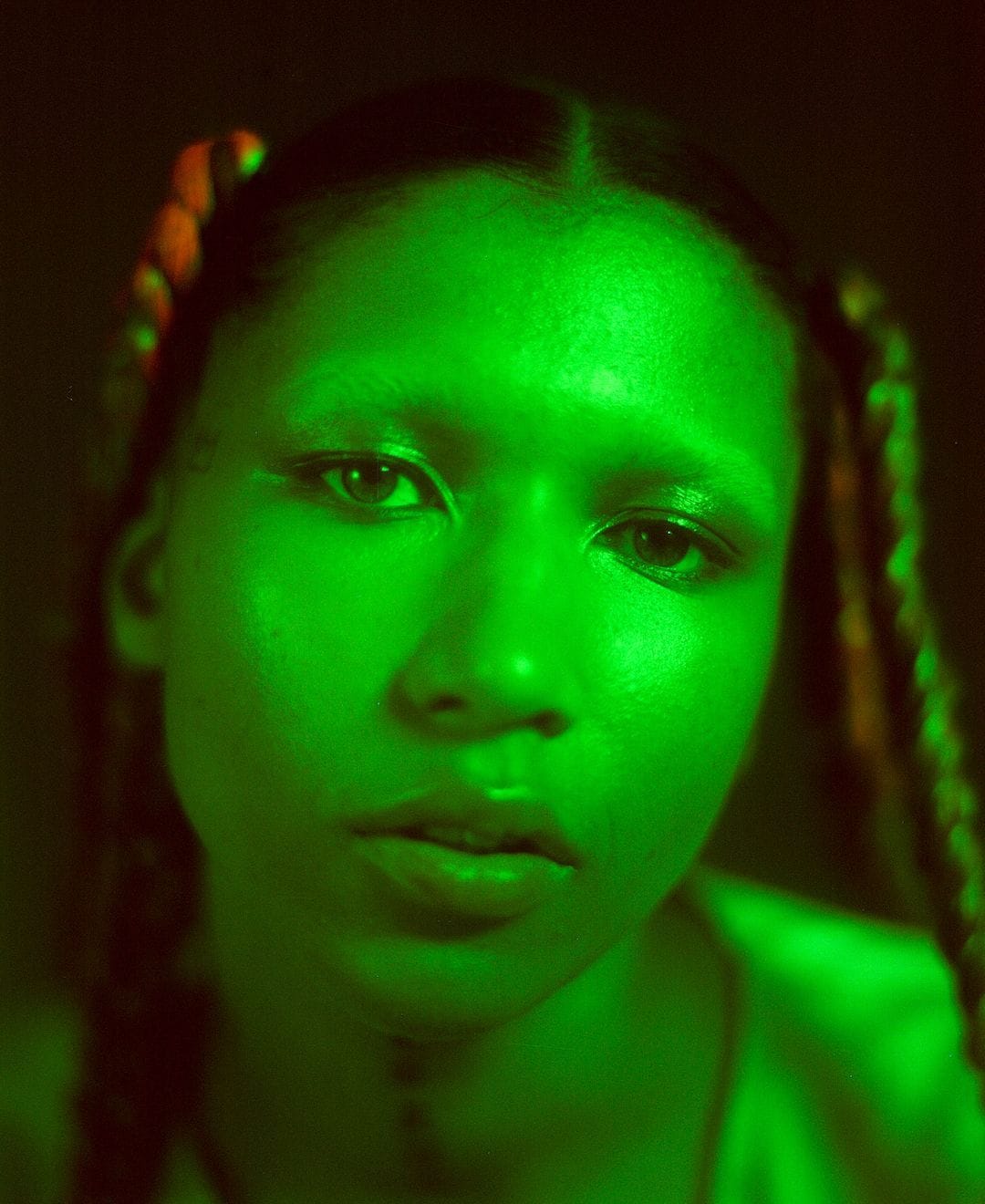 No gatekeepers is a revolutionary notion.

I feel like gatekeeping also happens when capitalism starts infiltrating scenes like queer scenes or DIY scenes. It starts becoming cliquey, and that’s not the purpose of creating, anyway. I’ve never been that way, regardless of if I have fans or didn’t. I was just like, “Yo, everyone’s just trying to fucking make shit. Just be nice! Involve them.”

How would you define your sound? I see a lot of “Lava La Rue Is the Face of Queer Pop” in your future.

I find it funny when people define my music because it’s normally not how I would describe my music. It’s like telling people to describe a fucking color. Music genre is a spectrum, a color wheel, so to box it off is not the point! Everyone’s gonna perceive it in a different way.

I always try to go for something that is a bit dreamy, a bit psychedelic, and there are always influences of R&B and alternative music. There’s a lot of stuff I make that delves into an indie thing. I just want my voice to be recognizable.

Do you feel like the music industry knows what to do with openly queer artists?

When people define queer pop as a genre, what they’re doing is highlighting the absence of these kinds of narratives in the industry. All they’re doing is [saying] this isn’t a common narrative because we’ve been hearing the same narrative in music for so long. When it is someone that just so happens [to not be] a guy or not cis, it becomes a headline. As much as it is revolutionary, because they’re reclaiming something, it is funny when it gets almost branded as a genre.

We just need these people to exist in these spaces as much as we get cis white narratives in music. We’ve gotta keep doing it until there’s just as many of our voices, if not more! 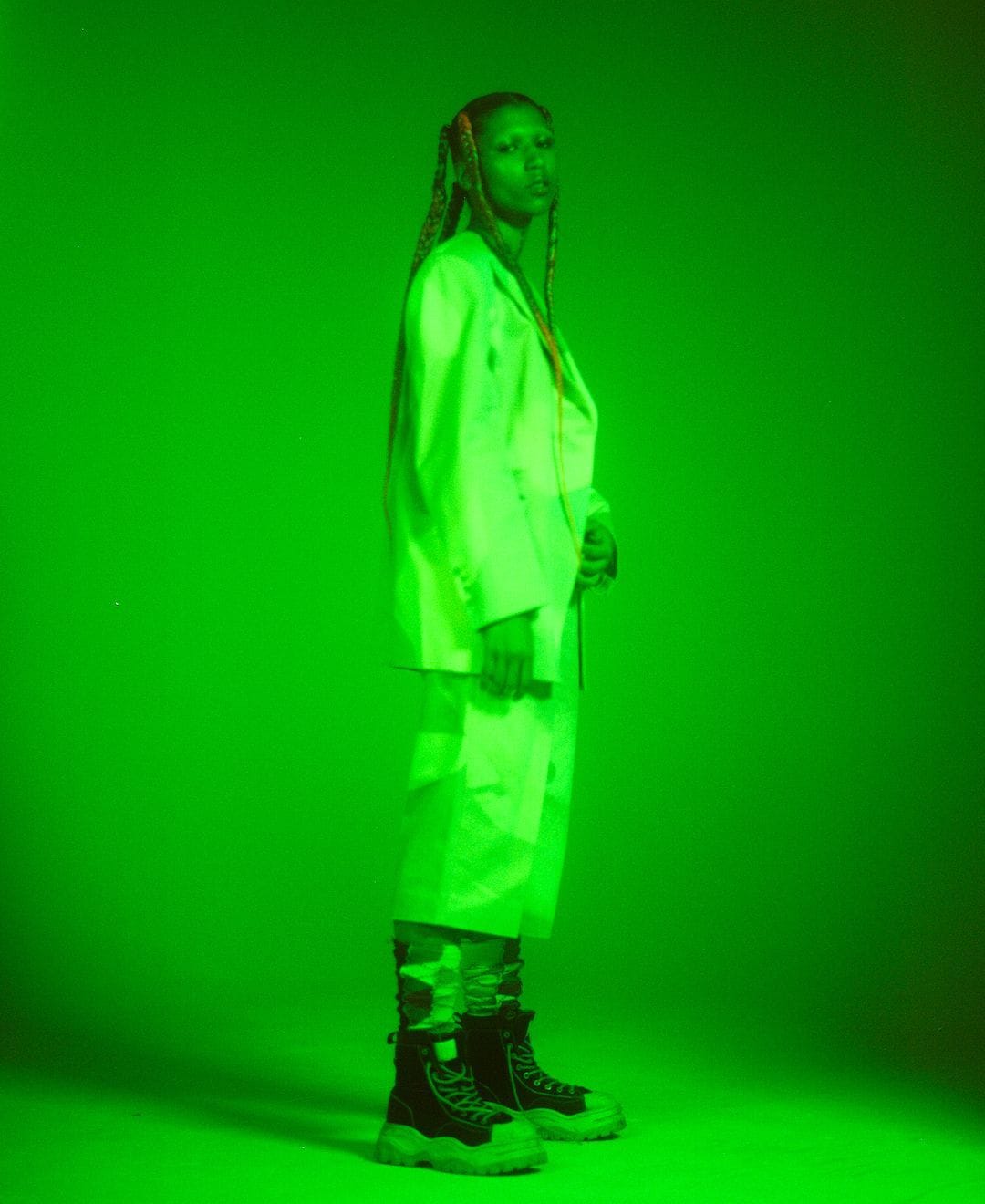 You feel very one-of-one, but nothing happens in a vacuum, so who in your life pushes you to be a better artist?

I’ve always been inspired by legends and people from the area of West London. The Clash… The blueprint for punk music! Pirate radio stations… This area is rich in musical heritage, so seeing these old-school ravers from the ‘80s still walk past me, or we’re shopping in the same bodegas… I see them and, “Fuck yeah! I wanna grow up and be like you.”

I always studied great artists: Sade, Prince. I would watch their interviews and behind-the-scenes videos of them in the studio. I didn’t go to a music school—I would watch archived footage and adapt elements [to myself].

On a number of tracks on Butter-fly, you slip from slick raps to these syrupy melodies. How do you know what a track needs of you?

Often, not too much thought goes into that element, to begin with. My collective and when I first started, it was all legitimate freestyles. I hum melodies while I’m washing dishes, then put it in my phone. When I go to the studio, I’m like, “This is the vibe!”

I always want my music to give me that warm, nostalgic, fuzzy feeling you get in your stomach. I listen to my songs and add elements until it has that.

So much of the EP is wrapped in this dreamy haze. What about those soundscapes speak to you?

Songs I always felt really connected to, and that made me feel closer to understanding the person I am, made me feel that. So I’m gonna try and create that.

Everyone has that moment when you listen to a song in the back of a car, and everything feels blissful. Your life feels like a movie; you have that main character moment. I want my music to make people feel that. I want that full feeling.

I see Butter-fly as creating space in the vein of Tyler, The Creator’s Flower Boy and IGOR. Who do you hope to create space for with this project?

A wide range of people! First and foremost, this project, every song is a queer love song, which I’ve never done before. I was like, “This shit feels really real, and it’s queer, and it’s good to have more of that in the world.” Anyone who can listen to those narratives and feel seen or relate to it… Things I’m saying that are less commonly said. Whether it’s someone who is gender-nonconforming, or a working-class kid from London, or any other city… I’m shouting out into the void and hoping someone echoes back to me.