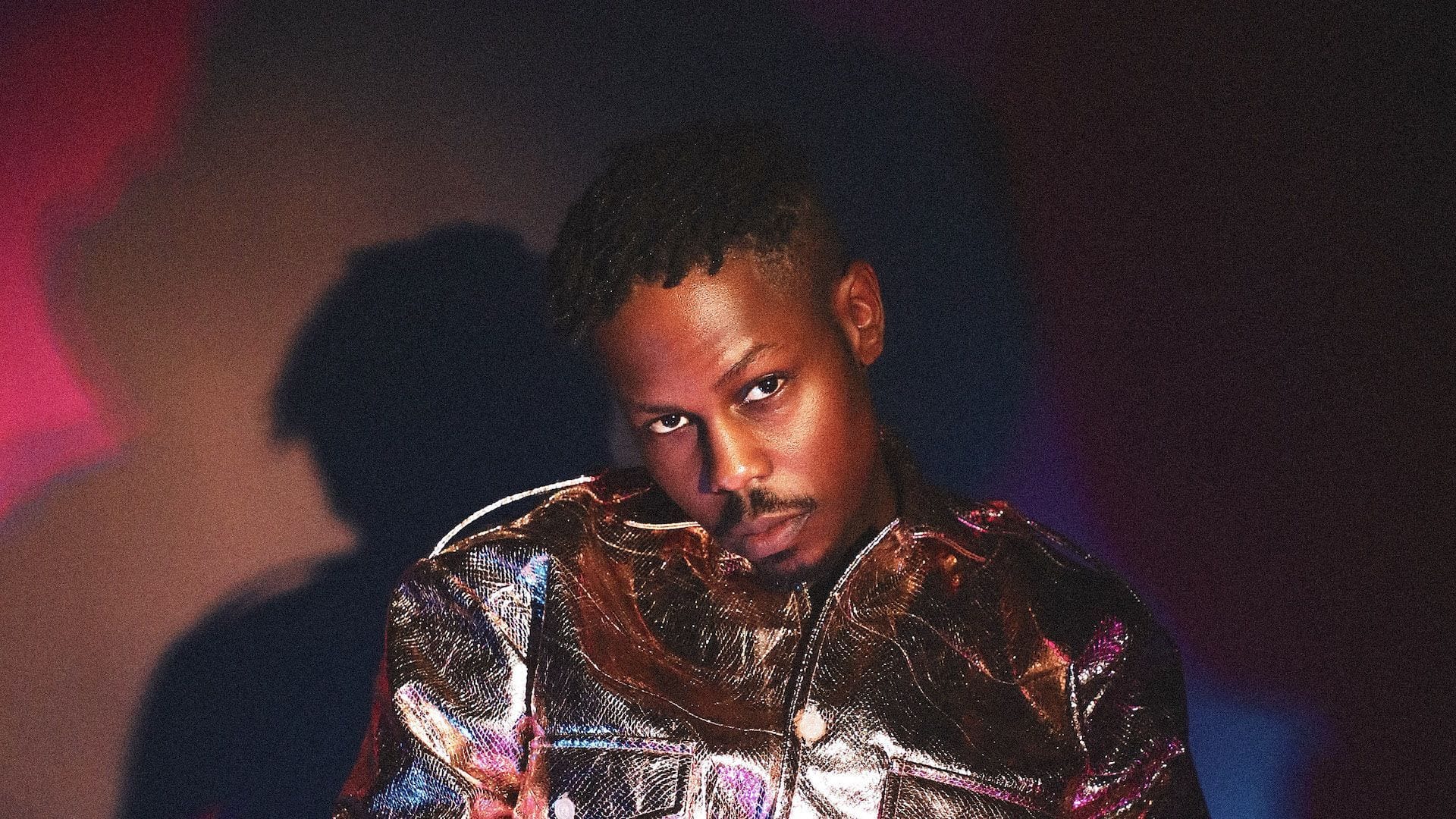 Very few songs contain the character of Nigeria’s lengthy COVID-19 lockdown like LADIPOE’s “Know You” featuring Simi. The song, released in April 2020, channels the nervousness, love lust, and bluster of that period into a stunning piece of music. “Know You” quickly became a ubiquitous presence on the charts, in the hoods, and all the places where weary hearts go to vent about attraction.

While it might be tempting to ascribe prescience to the song, LADIPOE points out it was originally written three years ago. “I wrote ‘Know You’ towards the end of 2017. That’s when we started it, but I finished the song in 2020,” the Lagos-based artist says. “We had written and recorded ideas but I left it for a while because I was dropping my debut album, Talk About Poe, around that time and it didn’t fit the sound I wanted on the album.”

Talk About Poe, his long-awaited debut released after signing a deal with Mavin Records, was packed with the immaculate writing and dexterous rapping that have become LADIPOE signatures.

Starting with 2019’s “Jaiye” and “Based on Kpa,” LADIPOE’s creative choices have been leading up to his recent success. “As an artist, I’m always switching sounds,” he explains. “The only consistent thing is how I rap, so, slowly over my career, I’ve been hoping that fans get it that LADIPOE will always come with something different but he’ll be consistent about how he communicates.”

In 2020, LADIPOE challenged Nigerian hip-hop to take more tonal risks and expand the range of its palette to pay homage to their primary audience. It’s all part of a revival of the art form that he envisions, and, clearly, is bringing to life.

“Know You” took off during the lockdown. Did you see that coming?

I already knew “Know You” was a good song, but I didn’t see the kind of success it had [before release]. It went from beyond Nigeria to all over Africa, which was amazing.

What was the timeline of writing the song?

I wrote “Know You” towards the end of 2017, that’s when we started it, but I finished the song in 2020. We had written and recorded ideas but I left it for a while because I was dropping my debut album, Talk About Poe, around that time and it didn’t fit the sound I wanted on the album. I wanted to drop it in 2019 but I decided to push it back a little while again to record more songs and this year was when we put it out.

What’s it like holding off on that type of song for over two years while fans have tried to pigeonhole you as just a rapper?

It used to bother me because people hear your music and like you for one thing. Or they love you for that thing and get anxious when they hear you do something different. For me, I don’t allow that to dictate what I do. However, I take note when they hear something they like and react to it.

I don’t think it’s fair to do something for people and not do it again; even if you want to evolve it, still find ways to incorporate elements of the things they love. As an artist, I’m always switching sounds. The only consistent thing is how I rap, so, slowly over my career, I’ve been hoping that fans get it that LADIPOE will always come with something different but he’ll be consistent about how he communicates. 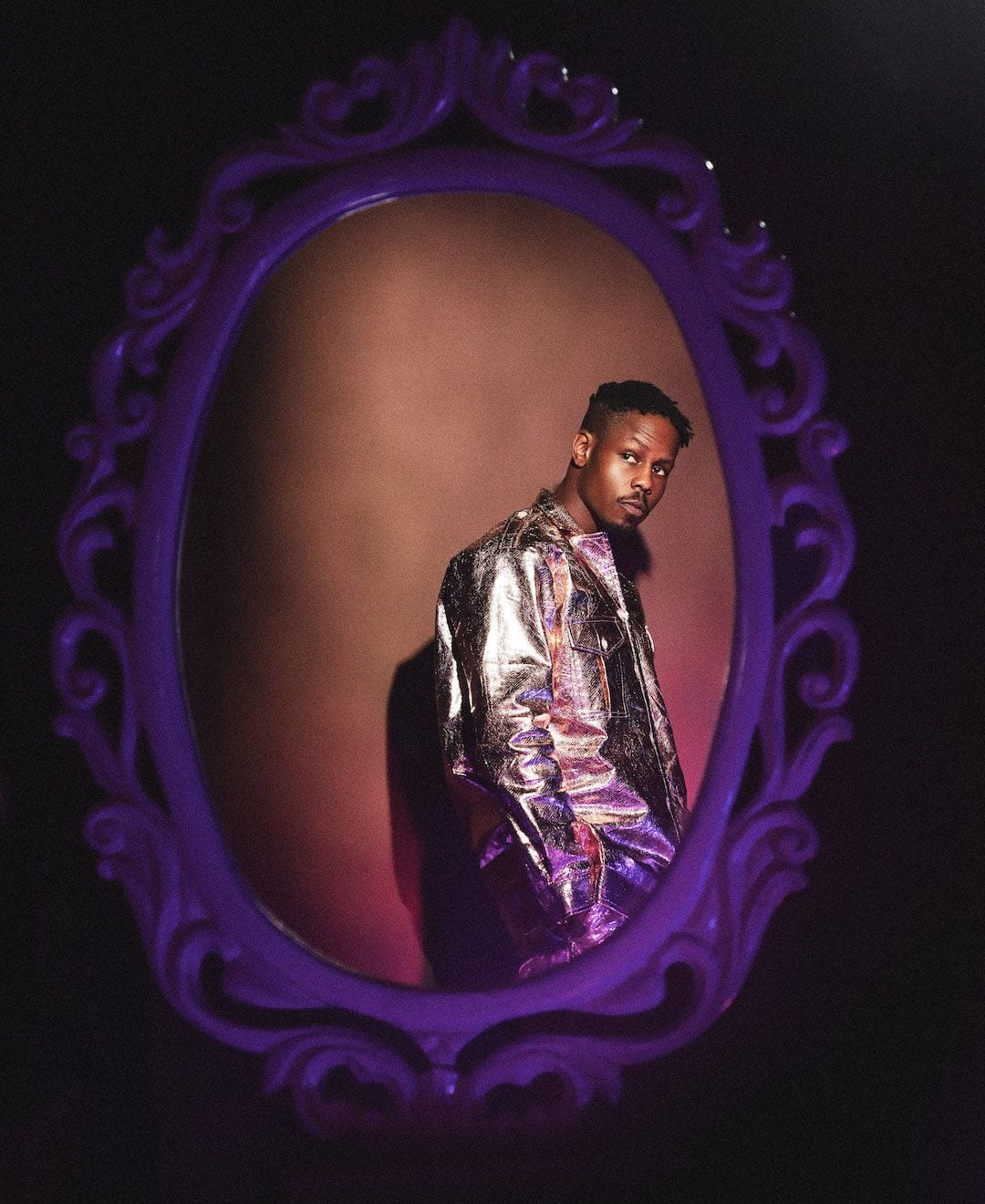 How hard is it being particular about hip-hop tradition in a country more popular for its pop music?

As I always say, the Nigerian audience has an open mind even if they don’t know it. And when they hear something they like, they just go with it. It doesn’t even matter to them what the sound is. On the other hand, the hip-hop audience [in Nigeria] thinks hip-hop should sound a certain way because that’s what they grew up on and are used to. Basically, any artist that identifies as a rapper here would have that inner conflict as to if they are meeting the expectations of the Nigerian audience and when they go in a different direction to that they might feel strange about it.

But at the end of the day, I would love for Nigerian audiences to realize they have the best of both worlds because they have all sorts of music coming out and if they want traditional hip-hop artists, they’re there too. I don’t think traditional hip-hop like we knew it will be popular in Nigeria because it’s not the sound of the people. And even if it becomes popular, it may pale in comparison to Afrobeats, but that’s not a problem because it doesn’t have to be the most popular sound in the country to be valued.

One of the biggest songs in the country [this last year] was a trap song: “Zoom” by Superboy Cheque. It’s a trap song with barely any Afro elements but it blew up because the hook works and the Nigerian audience, on all sides, just have to move with the artists.

On the inverse, when we last spoke, you talked about matching the output of pop stars and you’ve put out a lot of music. What has the renewed prolificacy done for you?

I usually take a longer time to create but I could have done three or four songs from September to December [in 2020]. I decided to hold back because I wanted to go into project mode. But it’s great to know that at my fingertips, I could push the button to put music out.

Also, I’m starting to understand that a song these days is as good as the marketing and distribution. I have passed the point where I have to concern myself overly with quality. Of course, I always will, but it is as important to pay attention to the amplification of the song. I want all my songs to get that treatment and that’s why I’m paying attention to having the right things said on my songs.

How has the pandemic affected your creative routines?

It has been tough. There’s no part of it that has been easy. There are parts that have been good because I obviously had a number of great releases and that’s satisfying but, creatively, it’s been tough because there’s been a lot of stuff on my mind. It’s hard to create when you are distracted.

Life happening is great for music because it makes your music rich and gives you things to talk about but when you can’t even be still in your mind to write that’s the problem. I haven’t had those moments of stillness this year. There’ve been lockdowns but that’s not stillness because there’s a lot of anxiety. There are protests, social unrest, and tension. I’ve mostly been managing those situations to find the opportunity to write and get work done in the studio, but it’s still tough.

Are you satisfied with where you are career-wise?

It’s impossible to be satisfied. Contentment, satisfaction, and all those things are seasonal. You might go through a phase where you think something is good enough, but there’s still so much to do. There are so many loose ends to tie up, the fanbase is growing but it can be bigger, I want to be on bigger stages, I want to release my second album, and I want to say more things. I just want to elevate and transcend.

Why was your remix of “Jaiye” with Aluna and Sigag Lauren for the COVID-19 and AIDS campaign in Africa the right way to end the year?

I felt like partnering with RED because this is big. It’s literally the phrase “music saves lives.” We are literally saving lives by releasing music because I don’t see a dime of the money that comes in off that song. I feel pride in this because I am a Nigerian, an African, and my people need all the help they can get.