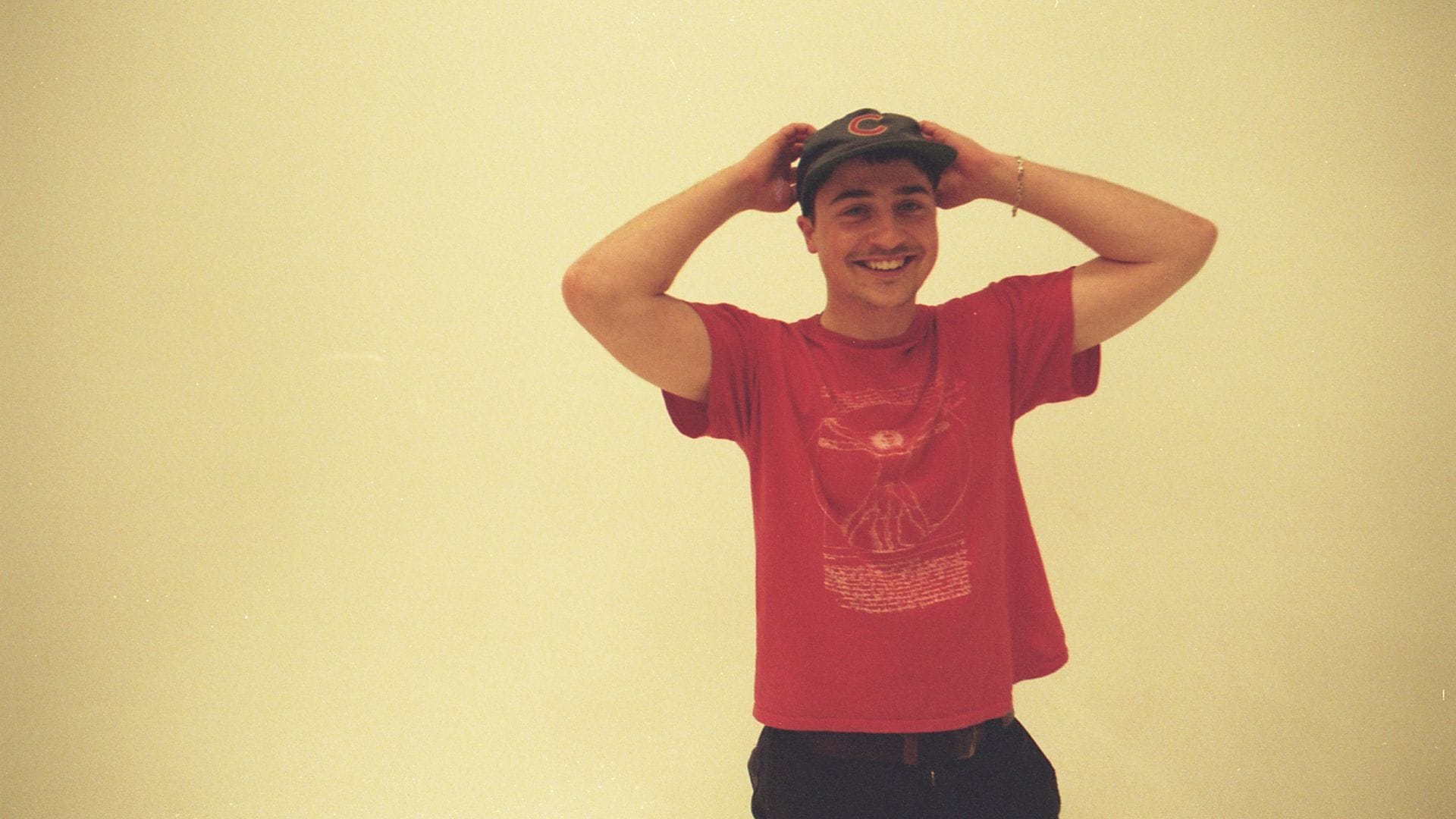 New York-via-Chicago’s Knox Fortune knows how to inspire a party. His 2017 debut album, Paradise, and his 2016 appearance on Chance The Rapper’s “All Night” both cemented him as one to watch and cherish as he got you dancing along to his splendid and spirited vocals. Blending funk, house, pop, dance, disco, and more, Knox Fortune’s singing and producing talents dissolve genre in favor of music meant to bring people together through a shared love of good times.

“Everything I’m doing is always influencing everything I’m doing, just because I am constantly making music,” Knox told me three years ago, just ahead of the Paradise release. This ethos follows him on his new album, Stock Child Wonder, which is more mature and polished, and some of the most fun 2020 has seen. In particular, the single “Gemini” sounds like a catchy soundtrack to a B-movie basement party. There’s a wonderful specificity to the images conjured by Knox Fortune’s sound: he brings you into film scenes, into bygone memories, and projects a groovier future.

Influenced by Steven Spielberg films, Knox Fortune’s music builds on Chicago’s longstanding tradition of creating space and deals in a joyful authenticity. From the once tinny love song ( 2017’s “Lil Thing”) to the subtly subversive single, “Sincerity,” Knox Fortune’s growth as a writer helps carry Stock Child Wonder, making it stick with you from movement to movement. An album course-correcting the horror of 2020, Stock Child Wonder is an eclectic and grounding offering from one of music’s most beloved secret weapons.

There are three years between your debut, Paradise, and your recently released album, Stock Child Wonder. Were you scared to come back after such a long break?

Yeah! I was pretty scared to come back. A large reason why I took so long was this fear of a sophomore album, or a fear of how humanity is operating right now. We see, on a daily basis, people put themselves out there and are shit on. It’s tough, as an artist, to see that every day and be like, “Oh, I’m gonna put myself out there!” It made it feel like maybe I don’t wanna rush into this next thing. It was a longer inner dialog in that regard. That was a looming thought in my mind.

After two years, I was just like… It doesn’t really matter anymore. 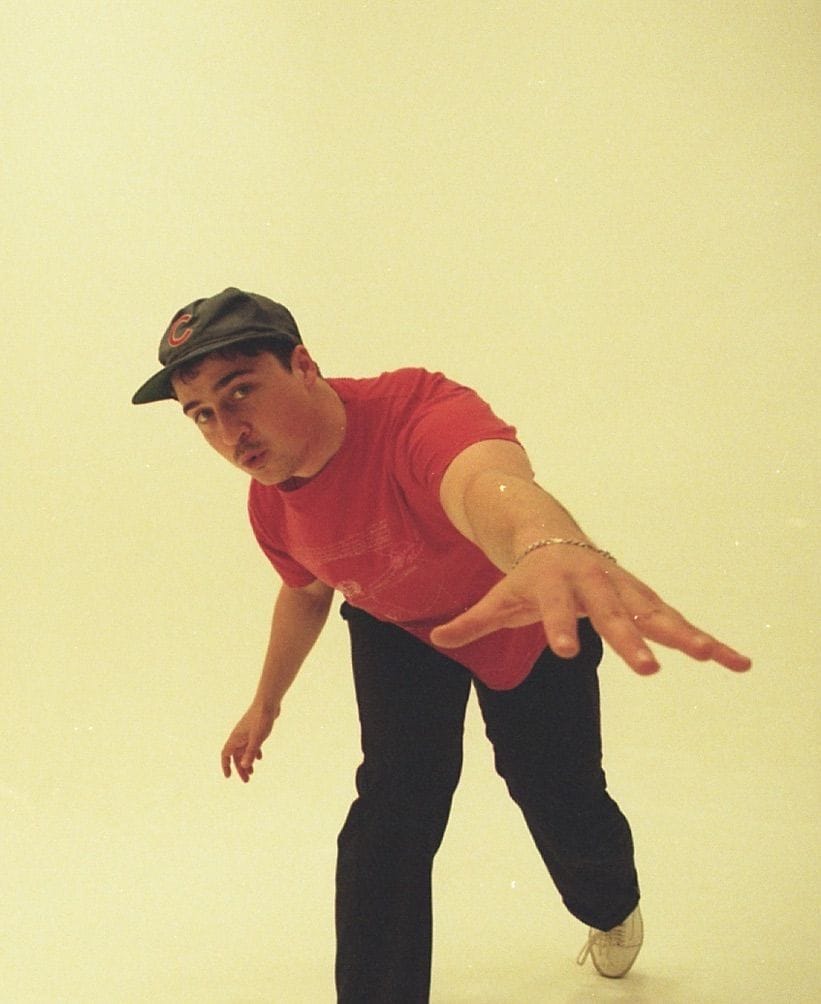 That’s the most peaceful state of being.

For real! Also, this last year, the way everything has unfolded, it’s forced me in a good and bad way to… Do what you wanna do. Just try whatever you want. The world is kind of in shambles, so drop your album! You don’t have to rely on these industry gatekeepers. Those things don’t matter nearly as much as they used to. There’s something inspiring about it.

The title of the new album makes me think of the sterility of stock photos, and the way you express yourself on single “Sincerity” has me thinking your aim was to subvert that expectation.

It was always tongue-in-cheek. It’s a way of saying, “The next pre-packaged thing that you’re gonna like,” essentially. As a joke. Here is this crystallization of my idea of pop music, and it’s almost like the stock… It’s compatible in any situation. It reminded me of how media is introduced to us now, and we’re shown things as a “You’re gonna love this!” and I don’t. Like celebrity McDonald’s collabs, it’s like being in a casino, and you’re the prey. So I thought it’d be funny to call my own album the stock, template good thing in the world.

Stock Child Wonder is some of the most fun I’ve had in 2020. Was your goal with this album to help course-correct this horrible year?

As much as I’d like to say, “Yes!” I had no idea what this year had in store for us. Most of the album was done before 2020, honestly. As the year came around, I moved to New York from Chicago. I had all my ducks in a row. I shot the “Gemini” video, and I was anticipating releasing the album into a different world. It just never felt like the world wanted something fun in the beginning stages of things. Enough time passed in 2020, where I was like, “People need some fun music. What better time than now?”The feedback was tremendous and heartwarming. The day I released “Gemini,” the comments on the video were: “I needed this.” It showed me there’s this lack of goodness in music and lack of pureness, and we need less money-grabs. I by no means attempted to make the most fun album ever, but it is that to people because it’s what they need.

Stock Child Wonder combines funk, house, pop, dance, disco, and so on. How do you blend all your influences without losing your voice as an artist in the process?

The thing that brings it together is, literally, my voice. That’s why I don’t have a lot of features. Because I create lots of different genres, if it wasn’t my voice on every track, it would be a little bit more scattered. My style of singing is the common thread through it all. Over the last three years, I made music every day. I made over 500 things. Maybe not songs, but things. A lot of them would not be cohesive with this project. So it was looking at songs and thinking, “What would make it sound Stock Child Wonder-ish?”

It’s hard to keep it sounding like the same world. My lifestyle up to 2020 was very nomadic. I didn’t record this all in one week in one studio. I recorded all over the world over a span of three years.

Three years ago, you told me your music was about “trying to bring people together in a unique way.” How did that apply to this album?

I was looking towards a time. I wasn’t looking at individual artists for inspiration on this. The years 2001, 2002… A lot of us lived through those years, and that’s our first memories of culture. Hearing that sort of music, I was born in ‘92, and I have fond memories of hearing Daft Punk at the bowling alley for someone’s birthday party. So many of us have had those experiences. I wasn’t banking on nostalgia but trying to tap into my youngest self. We all used to enjoy this stuff, and it’s vanished from the mainstream. I wanted to bring it back in a way that was refreshing for people.