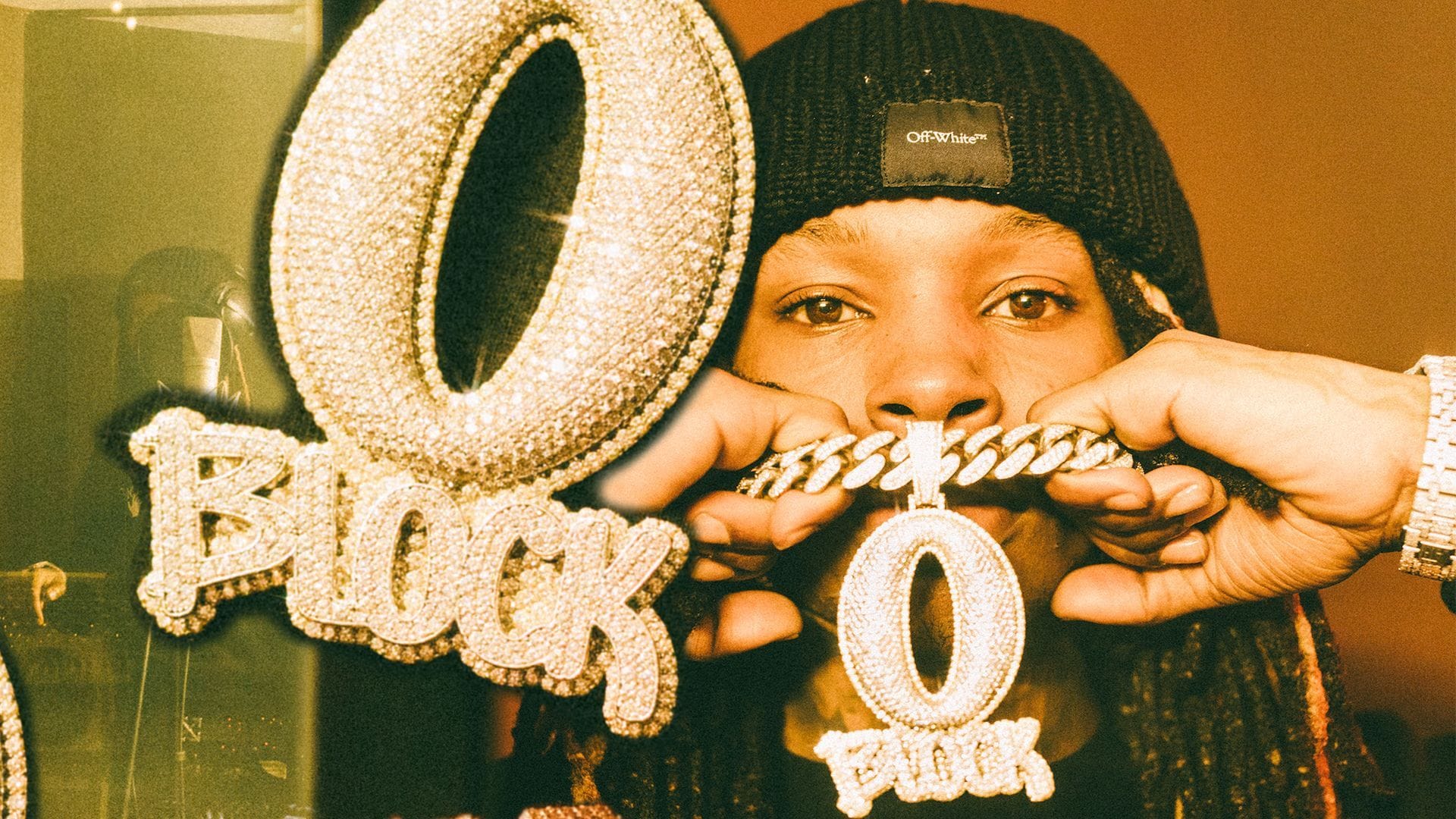 On November 6, 2020, the rapper King Von was shot and killed in Atlanta. He was 26. Days before his passing, Von visited Audiomack Studios in New York City, where he recorded an exclusive freestyle for our ‘Bless The Booth’ video series and spoke with writer Trey Alston over Zoom. This is one of his final interviews.

A natural storyteller and the protege of Chicago drill star Lil Durk, the artist born Dayvon Bennett released his first project, Grandson Vol. 1, in September 2019, and followed up with Levon James in March 2020. His third and biggest album, Welcome to O’Block, was released just one week before his tragic death.

The electric O’Block is full of the rapid-fire raps and graphic stories that catapulted King Von to the forefront of Chicago rap in a short period of time. It’s an introductory body of work that’s less concerned with explaining who the artist is and more focused on contextualizing his love of how loyalty, power, and respect coincide together.

For drill fans, “O Block” is no less a cultural touchstone than Sedgwick Avenue or Abbey Road. The stretch of Chicago’s South Side, home to the Parkway Gardens apartment complex where Von grew up and dubbed the “most dangerous block in Chicago” by the Sun-Times, was immortalized by drill legend Chief Keef.

While Keef was becoming a household name, King Von was dealing with a slew of legal situations that culminated in him facing charges for a 2014 shooting that left one person dead and another injured. In jail, Von taught himself how to rap without a beat and, once released, he pursued a music career with the help of Lil Durk, who took him under his wing.

Von’s breakout success can be traced back to his cinematic “Crazy Story” trilogy. When Von describes a scene in a song, it’s in 3D: the sights, sounds, smells, and emotions are relayed in such breathtaking detail, it’s like you’re there with him experiencing what he has been through. Welcome to O’Block built on his narrative strengths and artistic promise. The album is a vivid look into the pain and violence that defines Von’s origins and a tragic reminder that even success couldn’t bring an end to such trauma. It’s a shame the story ended way too soon.

Below is our conversation with King Von, edited slightly for content and clarity.

How long did it take for Welcome to O’ Block to come together?

It didn’t take that long—probably like a span of two months. We got that bitch together and shot a decent amount of videos and just put it out. That shit didn’t take long. Just a lot of hard work, though.

Where does the name of the project come from?

O’Block is really OD [Odee Perry], which was my homie who passed away. That was my brother. 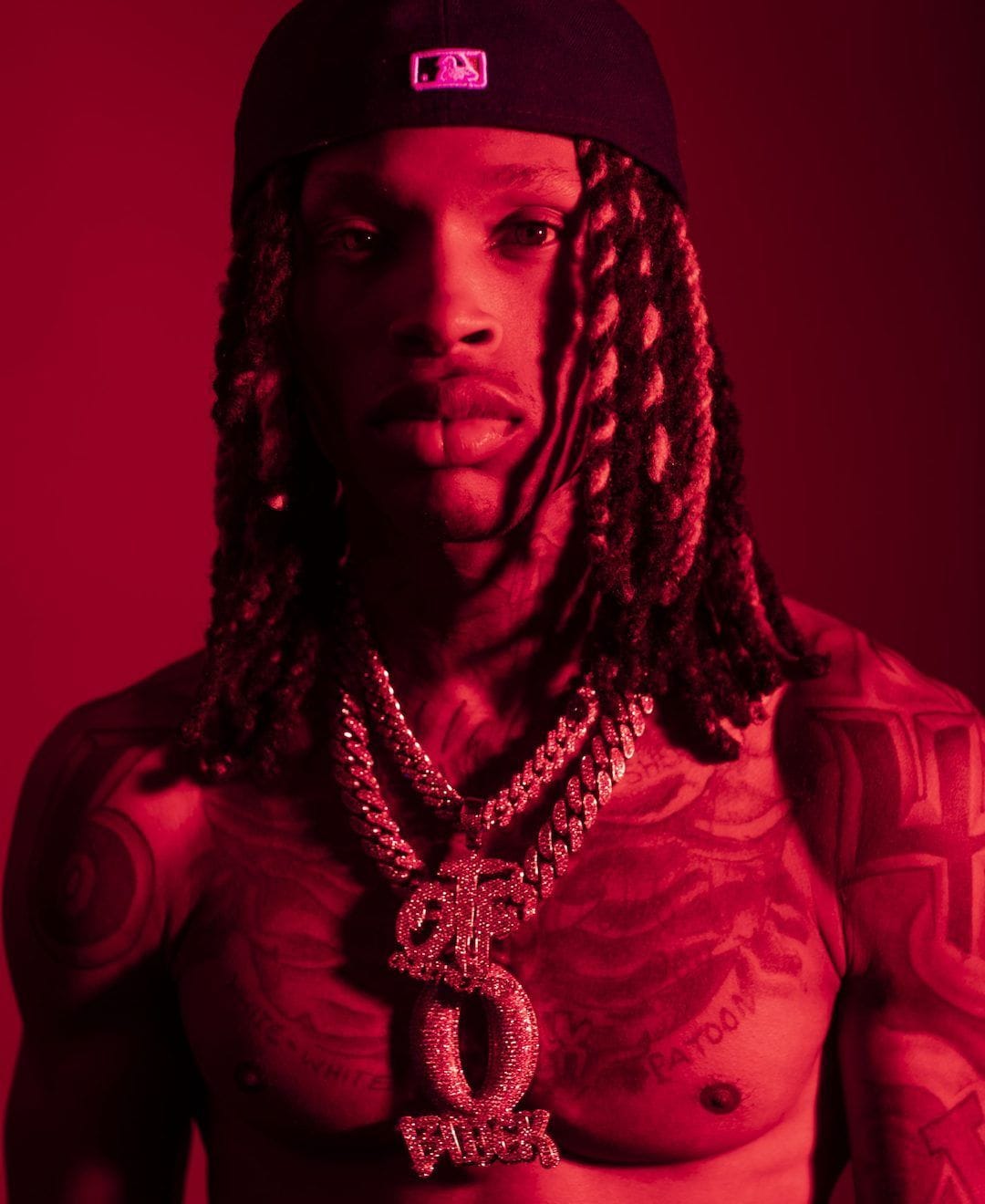 What role do you think O’ Block has played in helping you to become a man?

Shit, I don’t really know what role it played. You know, you become a man no matter where you are. I got in trouble a lot, so I had to sit down in jail. That made me learn to do everything on my own because I couldn’t depend on anybody but myself. Growing up, you learn from your dad or from wherever, you know? I learned a lot of shit in jail.

What do you want Welcome to O’ Block to teach fans about you?

I don’t know what it’s going to teach them, but what you’re going to get out of that shit is some real savage street shit. I got a few songs telling my story about my homies and shit; you know what I’m saying? I got a song talking to a snitch, others about snakes and rats, and another for the ladies. It’s going to tell you a lot of street shit, shit that niggas that’ll be in the hood a lot go through.

When you first started rapping, you had no beats. Now, you have access to anyone you want. How has your recording style evolved?

I don’t really have time to write no more. I just go in and punch in and out. I listen to the beat, you know? I listen to it a few times and might get some words off. “Oh, that’s a good beat.” You see what I’m saying?

On songs like “Gleesh Place,” your intricate storytelling abilities are on display. Does it take a lot of trial and error when making these songs to get the details right?

Some songs I finish halfway through. I go back and I record after I’ve sat and thought about it. Some songs, though, I just go in and do the motherfucking thing.

What’s your favorite song on the album and why?

Man, I don’t know. It depends on what day it is, shit, or how I’m feeling. If I’m feeling like being with some girls, I fuck with “The Ride.” But if I’m on some turned up shit, I listen to “All These Niggas.” If I feel like flexing, I’ll put on “Ain’t See It Coming.” It all depends on my mood.

When you perform, which song do you think gets the best reaction?

Lately, I’ve been performing “All These Niggas.” “Took Her to the O,” they’ve been feeling that one too, and “2 AM.” It’s mostly everything because I have a lot of hype records.

On “Mine Too,” you said you wish your family was closer. How would you do that, if you could?

It’s just you get old, and you forget, you know? My family was close before my grandma passed away not too long ago. We used to all meet up over at her house. She kept everybody close. Time goes by, and shit just changes, man. People get old. People got their own shit going on. You know how that goes. Then you don’t talk every day, but you know, it’s still love and shit.