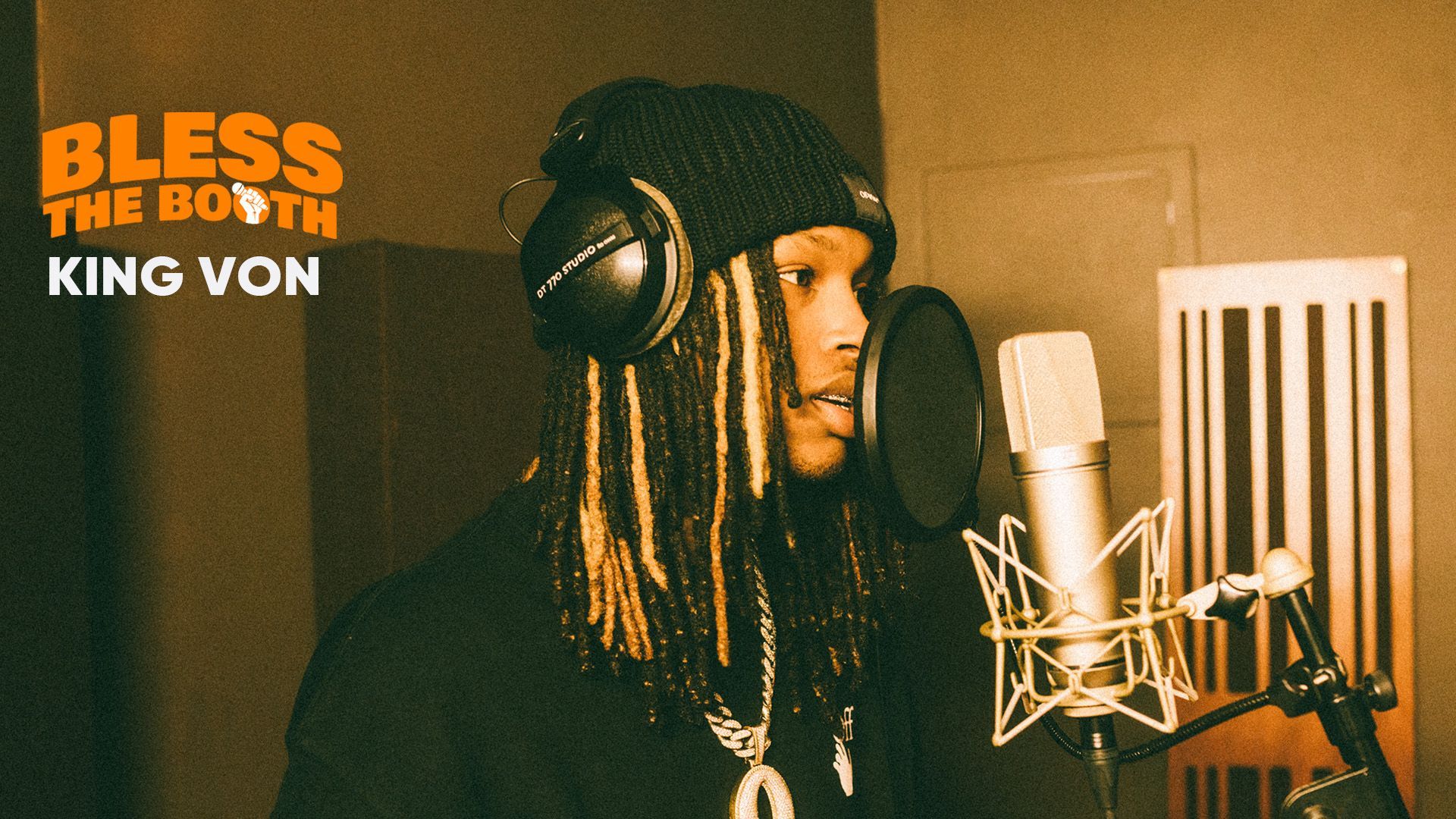 Chicago’s King Von was a storyteller. The late rapper, born Dayvon Bennett, tragically lost his life in November shortly after the release of his debut album, Welcome to O’Block.

Protege to Chicago drill icon Lil Durk, it was no secret King Von’s star was on the rise. His striking imagery and undeniable swagger can be heard across the rapper’s discography. Fans fell in love with the lyricist, who had a special capacity for placing listeners directly at the scenes of the traumatic events that defined life on the block he on which grew up.

For Audiomack’s Bless The Booth, Von delivers a haunting, raw performance true to his narrative spirit over production by TGUT.