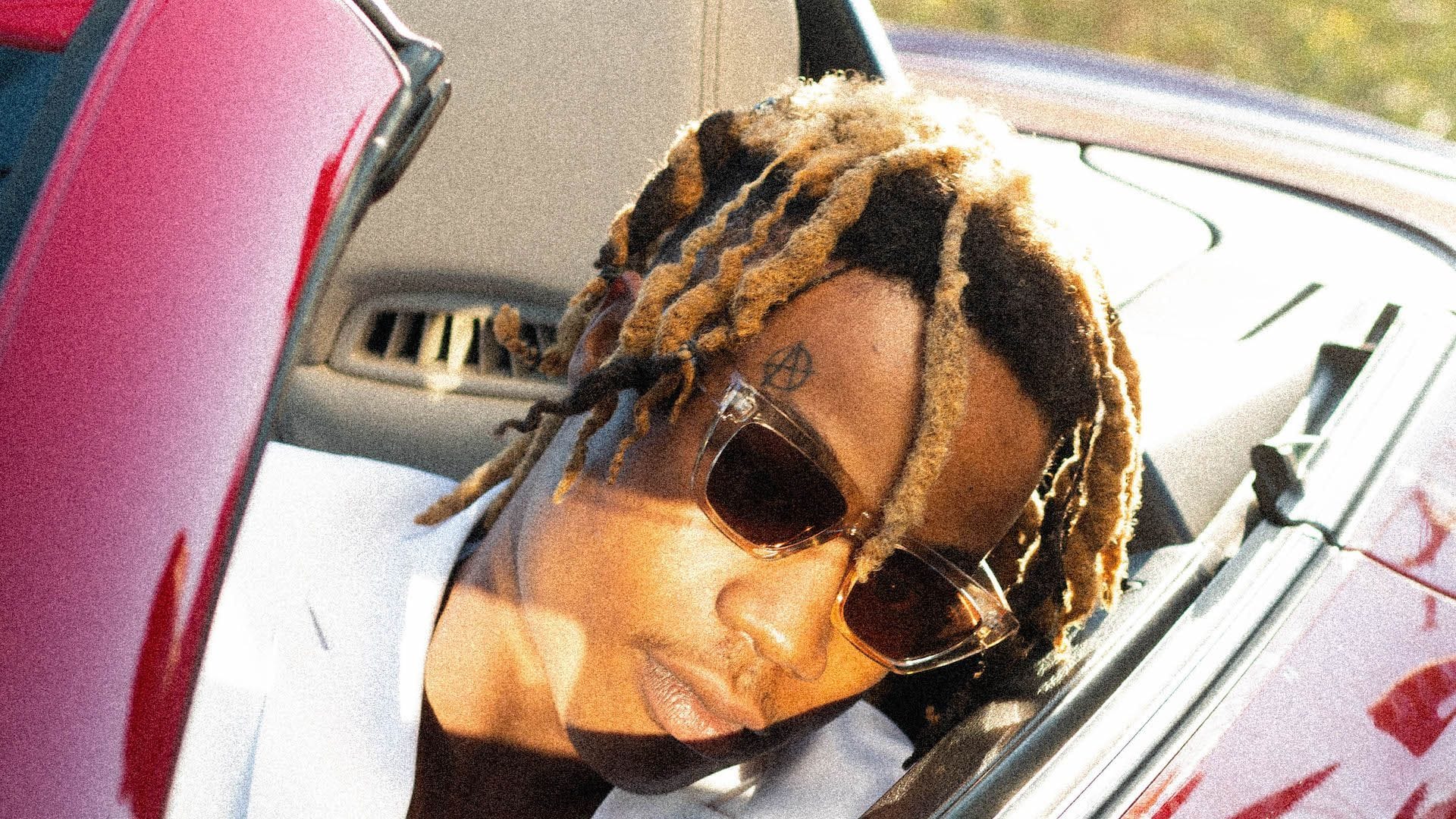 St. Louis’ King B invites you to the HeartBreak Hotel, but his music does not suggest sadness all the time. The now-LA-based artist makes achy tunes, sure, but his spry vocals have an undeniable air of life to them. Every howl is met with a tinny timbre, light enough to carry us from song to song on his recently released debut album.

HeartBreak Hotel begins with King B, 21, singing about running from his mistakes. As the project goes on, the emotions mount and ebb and flow. Tracks about all the “pretty women in LA” and songs urging men to let go of their inhibitions and dance (“Perfect Girl”) give proper release to explore the mind of a young man finding himself through music.

The album follows in the footsteps of artists like Juice WRLD, Polo G, Lil Durk, and even St. Louis’ own Smino on the brighter cuts. The way King B invokes gummy melodies and sugary deliveries establishes him the lineage of melodic rap crooners soundtracking and overcoming bitter memories. King B is carving his own path, though. HeartBreak Hotel ends with him mentioning touching hearts and inspiring the next generation.

What drove you to start making your own music?

I come from a spiritual family. I started, [at] the age of six, performing in churches. My family pushed me to turn to my music. They would listen to Aretha Franklin, Michael Jackson, Luther Vandross. My cousins were filling me up with Lil Wayne, Biggie, and Tupac. That’s what gives me the versatility you hear. That’s what gives me my soul. I decided to debut with my soul, and who I really am. My family grounded me and [got me ready] musically, being influenced by so many greats.

How did you find your voice and your soul as an artist?

I took a lot of time with myself. I’m really in my prime with [creating], and writing my films—I do a lot of stuff other than music. Finding my voice and my soul, I had to tap into who I was spiritually and what message I wanted to leave on this world. I knew God blessed me with this [talent] for a reason, so I decided to use it to give back. 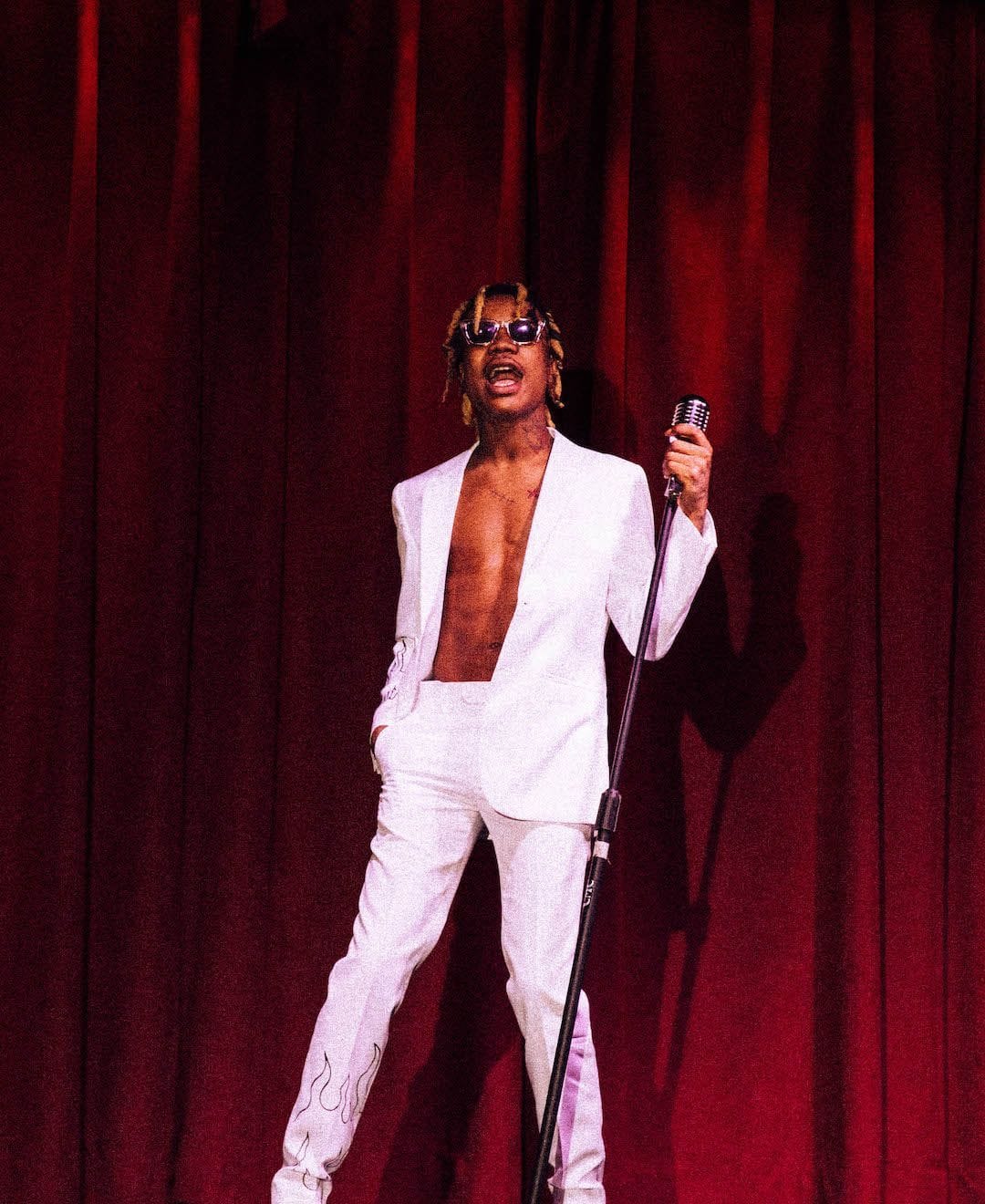 How did St. Louis, and now LA, shape your sound?

St. Louis, I was surrounded by a whole bunch of people who wasn’t accepting what I was accepting. Imagine going home and getting filled with a whole bunch of Aretha and Prince, and then going to school and getting filled with a bunch of other things that wasn’t that. I always had to entertain my family and then my friends when I started rapping in school. So, being away from everybody in LA, it put me back into my sole purpose. [LA] set me back into who I was and what I am. I went back to using my voice and using my soul.

You open HeartBreak Hotel singing about running from your mistakes. How has music helped you through the lows in your life?

Music saved me. I went through a lot of trauma, that’s why I decided to change my music to be the medicine for other people, to fully be that person others can go to. Music has always been there in my corner. If music stopped, the world would stop! The world can’t run without music; sound is everything. Music is saving a lot of people.

You get really emotional on this album. How did you grow comfortable being vulnerable?

Let’s just say I was jumping out of different mental perspectives. Coming to California, it’s a lot of beauty, but it’s a lot of pain. Accepting my demons was hard for me, but I eventually said, “I’m not the only one facing this.” So, I knew, even in my own mistakes, I had to speak out.

So it wasn’t about being comfortable. It was, “I have to let somebody hear this.” I had to expose people to the spiritual world—that should be your focus. Who you are and your divine spirit. I know a lot of people won’t understand [my music], but I’m glad to be the messenger.

So, you freed yourself by making this album?

Yes! By making this album, I put [my demons] out there. I felt like I gave my soul, and a piece of me, to the world. This is my mark and my beginning, letting everybody know [who I am]. When they go back to this HeartBreak Hotel moment, they will know [my career] was destined to be. I thank God for this moment. 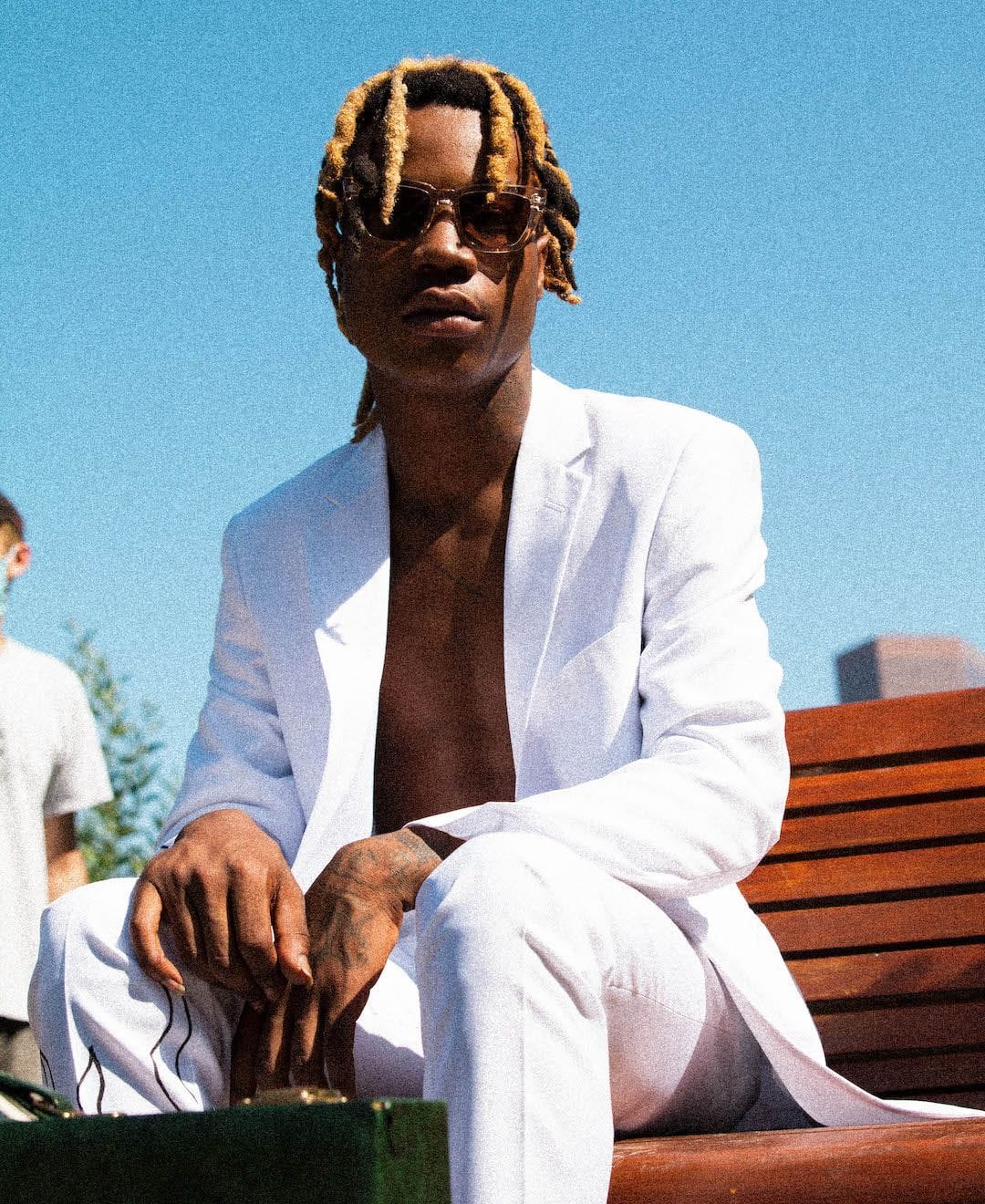 Which song on HeartBreak Hotel means the most to you?

“Hotel Suite” is one of the most important songs on there. “Toxic,” too. They have the same message and they’re more of me expressing what I have to go through and conquer every day.

The bad relationships and HeartBreak Hotel comes from me coming to California and having nowhere to stay, and actually having to go back to hotel rooms and make them my home. I found the purpose of creating in hotel rooms. That’s what inspired the whole project: going through heartbreak inside of a hotel.

You had to redefine your relationship to home, yeah?

I had to redefine everything. Who I am, what I wanted, and what I thought being rich was. A lot of people think being rich is being famous, but I had to see before I get these things. I can’t lose focus of where I’m at.

Which song on this album do you hope fans really live with?

“Ain’t Too Proud To Beg,” and I started off with that because it’s about being okay with your mistakes. Not to be afraid to call for help when you’re down. Call for other people, the spirits, and things to come in and reshape your mind. It’s okay to hit rock bottom so you can learn from these things. I didn’t waste no time [opening this album]. It’s about breathing it in and breathing it out.

You end the album by talking about touching hearts. What do you want your legacy with your fans to be?

I want my legacy to be something beyond music. I want them to understand King B is for the world. King B will do things limitlessly, effortlessly. I will do it in a way to inspire my people. I want to be remembered as a person who just wanted to give his heart out to the world. I am the light in any place.