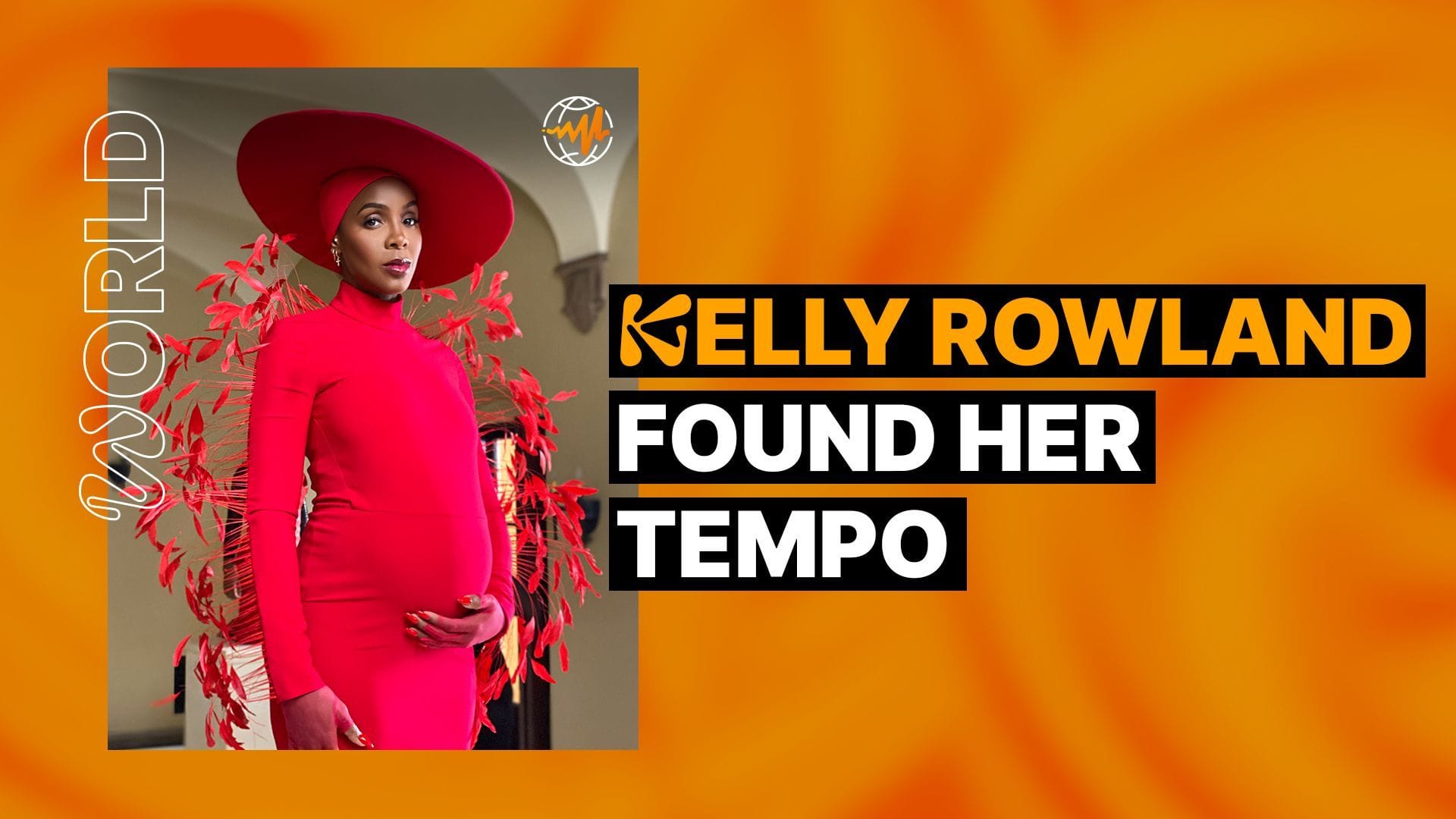 Kelly Rowland has evolved into her own brand, her own woman, and has created her own lane in R&B music, going beyond her days with the GRAMMY Award-winning group Destiny’s Child. Though we haven’t had a full-length project from Rowland since Talk A Good Game back in 2013, her newest EP, titled K and released in February, is a feel-good entry in her discography. As a follow-up to the 2019 EP The Kelly Rowland Edition, her latest project is a testament to her emotional, mental, and spiritual growth since her 2002 solo debut Simply Deep.

Only weeks after giving birth to her second son Noah and just days after celebrating her 40th birthday, the Atlanta-born singer also conceived a six-track project under her independent label KTR Records and new management family, Roc Nation. Rowland hit the soundwaves earlier last spring with her sultry single, “Coffee,” co-written by Syd. With the music video celebrating the assorted shades of Black women, the single set the bar for a project doused in self-love, sensuality, and self-awareness as a fearless Black woman.

“It couldn’t have come at a better time,” Rowland says on the release of K. “We’re in a pandemic and we’re really trying to fight through all of what’s inside of our heads, and I just wanted to break free creatively. I had a good time doing that and I’m grateful I had writers and producers along with me for the ride as well.”

Kelly’s music embodies Black beauty, Black women, and the boundlessness of Black experiences. With K serving as a reflection of growth, all there’s left to say is: Queens, this one’s for you. 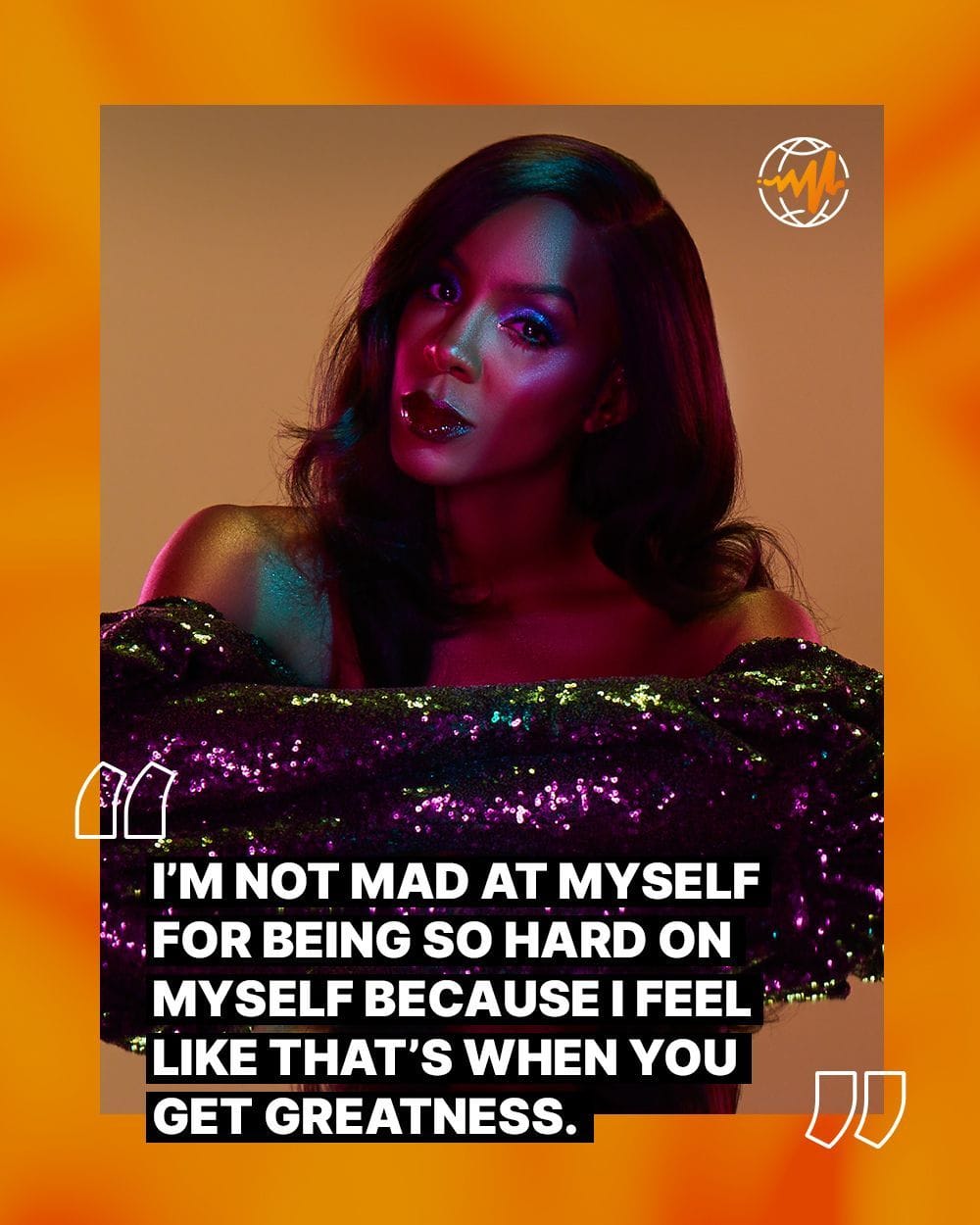 Tell me about K and how it serves as a reflection of your growth as an artist.

I remember going into K and I kept thinking about tempo. I wanted some tempo to this record and that really, really meant a lot to me. Because I was in such a flux of time, my fans would be like, “We’re ready for an album. What’s taking you so long?” and they kept getting upset with me. All I kept thinking about was I wanted to give great tempo. It took a pretty long time to find it and what got me was when I kept trying out so many different styles and sounds. If I didn’t get it or didn’t feel it, I just started over.

I was hard on myself during this record. I’m not mad at myself for being so hard on myself because I feel like that’s when you get greatness. If you already feel like you could do better or that you could be doing better, then why not bring the better forward? I kept thinking that I wanted tempo and I finally found it. I was excited about it and hyped that other producers understood my urgency for it.

What were the most challenging and most rewarding parts of creating K?

The most challenging was finding tempo. You’d be surprised to find how hard it is to find uptempo songs! The most rewarding parts were when I did find it because it was like a real celebration. I was literally dancing in the car and when I got home, I was still dancing. I was just proud.

As an artist, how has music served as a healing tool for you throughout the past year, amidst quarantine, the election, and everything impacting the world at large?

Music is everything for me. It helps me to calm down, it helps me focus, and it honestly sometimes can dictate my mood. I absolutely love music and music is constantly playing in our house. At the birth of my new son. My husband puts together playlists for fun all the time. Music definitely has a great meaning for us in our household.

Congratulations on your new son! From a mother’s perspective and as a mother of two, how does that impact your creative process as an artist?

When I think about songs, I’m always thinking about making sure they’ll stand the test of time and that my son can listen to the song and say, “I remember the year my mom put this out and what we were doing.” I want it to be classic. That means a lot to me so I’ll ask him for his opinion about songs.

Let’s talk about your song “Black Magic.” In a press release, you said the song “expresses everything there is to feel confident, feel proud of, feel encouraged by being Black.” How timely is music like this?

It’s on time. I’m just excited for the fact that I don’t think I’ve ever done a record like “Black Magic” at all. I know the feedback I’ve gotten so far has been so positive and everyone was feeling like this song was so perfect to put out right now. Someone else on Twitter said, “This video felt like I could be in it and that I was a part of it,” and that’s the kind of feedback I love because that was the goal.

How does your Blackness and livelihood as a Black woman empower you as a musician and an artist?

It’s everything to me as a musician and as an artist, especially when I have other great Black artists to look up to and who have been awesome peers.

Why do you believe it to be important to give people their flowers while they’re still around, especially during a pandemic where our freedom of physical touch isn’t an option?

I think about how many lives we’ve lost during the pandemic, but when I first heard “Flowers,” it made me think about my mother. Things I wish I would have told her before she left this Earth and I just thought to myself, “If I’m feeling like this, I know other people must feel like this.” I remember this one artist telling me, “If you have this one specific thought, just know there’s somebody else with this thought. Never let an idea just sit around.”

I took that advice and, like I said, thought about how many lives were lost during the pandemic and I wanted people to understand that life is fleeting, it’s short, and it’s like a vapor. When we do have people in our lives we love and care about while they’re here on Earth, we want to be able to tell them face-to-face. We shouldn’t have to wait until they’re gone and have any regrets or “shoulda, coulda, woulda.” That’s just not it, so tell people while they’re here and breathing. Give them their flowers and I hope they get theirs, too.

Who would you want to give flowers to as far as who molded you into the Kelly Rowland we know and love today?

Well, I give everybody their flowers now and there hasn’t been anybody I don’t do that with. I learned about this before I heard this song and I was taught that lesson with my mother’s passing. Since then, whether I’m just thinking about somebody for a second and I call them, or I haven’t talked to someone for a while, or I possibly was holding a grudge or something, I’ve called those people and told them how I felt about them. Whether it was good or bad. I think that’s important too if you are harboring any unforgiveness or guilt. You have to set yourself free because that stuff becomes toxic in your body.

If you could tell 2013 Talk A Good Game Kelly Rowland anything about her forthcoming journey as a mom, artist, and a Black woman in this world, what would you tell her?

I would tell her, “I’m so excited for you to see what’s in store for you.” I would tell her everything I’ve gone through has been worth the wait, we’ve only just begun, and to keep working hard. It’s gonna all pay off and the best is yet to come.