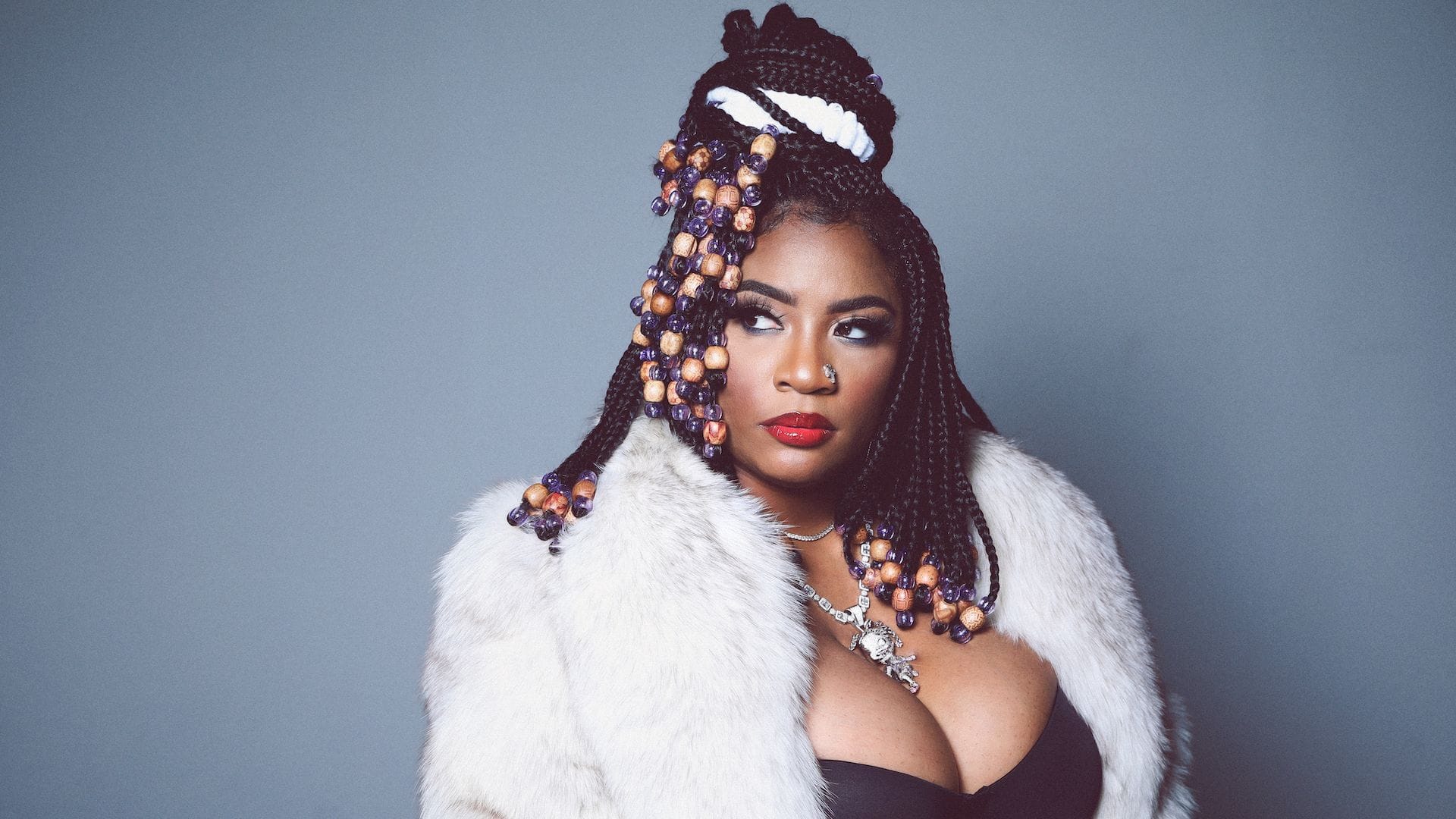 Kamaiyah beat the odds—all the odds. Got It Made, her latest independent project release since parting ways with Interscope Records, takes everything wonderful about the Oakland rapper’s 2016 breakout mixtape A Good Night in the Ghetto and amplifies it. On “Pressure,” she raps with ferocity and the vocal fry of her saying “I don’t need nobody else” blares through speakers. Now working in partnership with her own GRND.WRK label and EMPIRE, Kamaiyah is back to being her own boss and sounding like it, too.

“Kamaiyah sounds newly refreshed and self-reliant,” goes the glowing Pitchfork review of Got It Made. Her latest release, a timely single entitled “Black Excellence,” keeps up the trend of self-reliance, self-love, and refinement. With each drop, Kamaiyah sharpens her pen. She makes life music in the key of the Bay Area’s signature swing, imbued with her own signature swagger.

Speaking with Kamaiyah, you hear the voice of a fighter who knows and loves themselves for all they’ve got. “I feel like if your energy is surrounded by so many different things pulling at you, it will take away from your recharge, and you got to recharge yourself sometimes,” Kamaiyah said of her self-care routine in 2018. “My thing is literally space.” Got It Made and her GRND.WRK venture feel like Kamaiyah taking the necessary space she needs from the ire of the music industry to be her best self.

The key takeaways from my conversation with Kamaiyah on a 90-degree day in June, lightly edited for content and clarity, follow below.

Be your own boss. “I have the liberty to drop music as frequently as I want, and that’s all I wanted to do when I was on a label. It’s been easier to create and write music again. Me being stretched out had stopped my ability to create music. Now that I’m free, it’s been liberating, because I can create music and explore my ranges.”

Be yourself. “The limitations on me being able to be myself… [The label system] was all designed to be someone else’s vision of who they wanted me to be. I didn’t like that. I just wanted to be me and drop music. That’s what I came in here doing—doing music, so why should I have to do all this other shit? It was really unfun.”

Work with your team—present and future. “I don’t wanna stop an artist’s success or try to dictate what they’re doing. When I do get to the point of signing an artist, I want them to come to me and I just enhance what they’re already doing. Not try to mold them to what works for me and my career, ‘cause what works for me may not be their lane. It’s 2020, there’s so many ways for an artist to get successful.”

Figure out what works for you. “That’s why I’m just dropping music, and figuring out what works. When I came in, it wasn’t all these things—now we gotta figure out the system of how everything’s working. That may take a year or two, before we get a record, but I’m fine with that.

“People like the material I create. I create music because it’s something I was born to do. I hear melodies, I been like that since I was a child. For people to embrace something I was gonna do anyways, if I never made a dollar from it, that’s the dope part about it. I’m just trying to keep grinding. I notice most artists, in order to become household names, it’s five or six projects. I’m only on my third! So, I’m just trying to have fun, until I get to that point.”

Have a vision of success. “When we raking in millions of dollars and plaques! That’s independent success, ‘cause at the end of the day, independent artists always wanna thrive financially. What creates success is the wealth, the plaques, and the status.”

Keep riding your train. “Individuality is important. Do what works for you and continue to do that; never jump off the train. Ride the train, no matter what route it’s taking you. It might take a little longer than somebody else’s train, but your train is your train, and it’s gonna still get you to your destination.”

Beat the odds. “As long as I’m not letting down my ancestors or my parents, that’s Black excellence. I defeated the odds. I’m a statistic. I was born in a system where I wasn’t meant to succeed. My mother didn’t raise me. My father’s a drug addict. I was in foster care. I was supposed to be dead, in jail, or a prostitute. I defied all those odds, so I’m Black excellence.”

By Donna-Claire Chesman for DJBooth. Photo by Taj Stansberry.