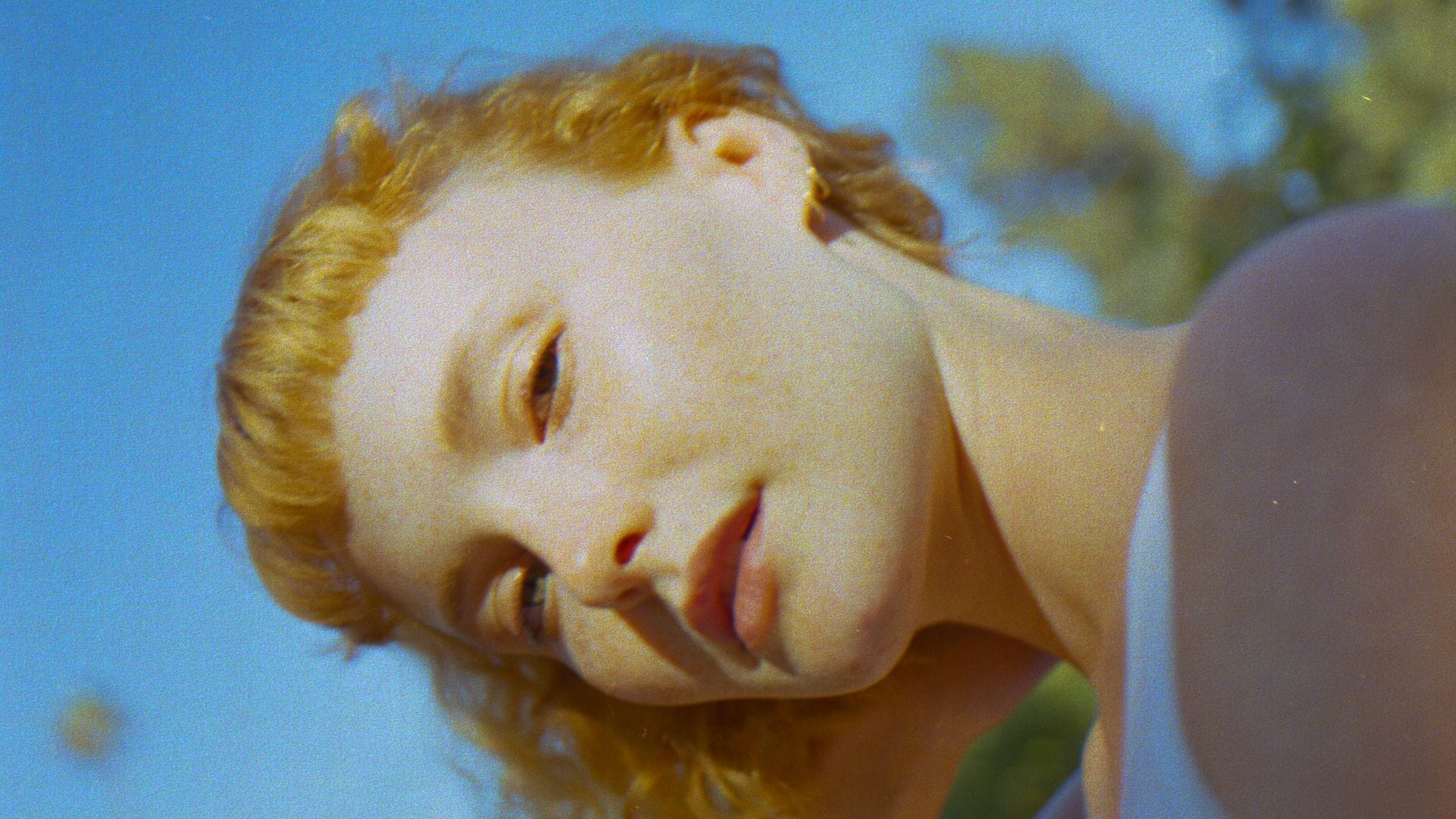 In an ideal world, Kacy Hill would be known more for how her voice pierces through music like a Celtic siren than she is for being the model Kanye West impulsively signed to G.O.O.D. Music in 2014. Unfortunately, the world is lousy with imperfections, and Kacy, a 26-year-old from Phoenix, has been defined by this narrative for the bulk of her career.

Last year, fresh off the heels of releasing her first independent project, Is It Selfish If We Talk About Me Again, Kacy spoke at length about this experience. In an interview with office, she explained that, while she was grateful to Kanye for the opportunity, she couldn’t quite find her artistic footing in major-label machinery marred by bureaucracy.

By contrast, Is It Selfish If We Talk About Me Again is very much an album Kacy wanted to make. It’s an assured collection of slick indie-pop songs—made largely in collaboration with Francis Farewell Starlite (of Francis and the Lights) and Jim-E Stack—driven by gentle synths, rich textures, cautious optimism, and of course, Kacy’s dazzling voice.

Late last year, Kacy followed this album up with a five-song EP titled Just Circling Back Here: Is It Selfish If We Talk About Me Again (Remixes). In it, she invited friends and artists she admires—like Jacques Greene and Michael Uzowuru—to draw inspiration from her album and reinterpret it using their own sensibilities.

The result is a fascinating listen. Tracks like the umru remix of “Six” or the Jacques Greene remix of “Unkind” do more than add an additional layer of bounce to Kacy’s songs. They create an entirely new context in which to appreciate them. They imply a willingness on Kacy’s part to put aside her past experiences and once again cede creative input to people outside herself.

Despite the EP being named after the parlance of a follow-up email, it feels more like the start of a new thread. 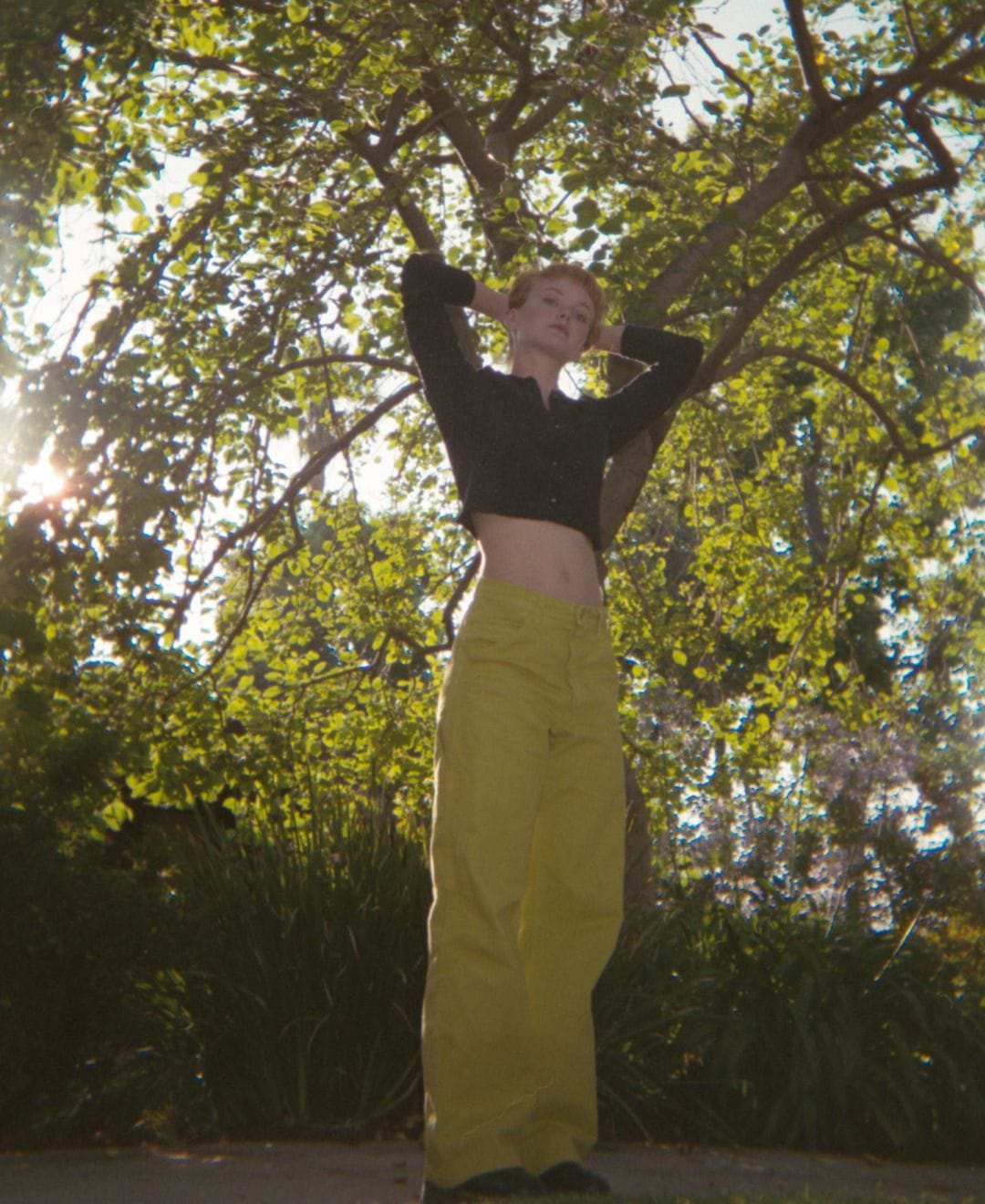 Most artists I speak to tell me they’re over their music by the time they release it publicly. They always just want to move on to the next thing. With this EP, you did the opposite. What made you want to go back and rework songs you’d already put out?

Well, I think having someone else remix it is different because it’s not me redoing it. I enjoyed having artists I admire reinterpret the songs in their own way because it feels like giving them a new life.

With this album—maybe it sounds self-indulgent—but I’m not tired of the songs at all. I feel a lot of love for the experience of making the album, and so I’m happy to give these songs a new life over and over again. But, having said that, if anyone were to play my first album around me, I’d walk out of the room.

What does the process of making a remix EP like this look like? Are you just reaching out to friends and asking them to pick the songs they want to remix?

Exactly that. It’s just friends of mine whose music I admire and who I think are wonderful people and wonderful creators. I asked them if they’d be interested in remixing a song and just let them choose whatever spoke to them. That felt like the most natural way to do it, instead of dictating who does what. I’m still so honored they were down to do it because I think they’re all incredible creators.

Is it ever jarring to hear a song you worked on so meticulously reinterpreted in an entirely new fashion? When you hear a song like “Porsche” turned into a pulsating dance track, does that produce a weird sensation of cognitive dissonance?

No, it’s so exciting for me! Once I finish songs and put them out, I’m not precious about them anymore. I’m precious in the creation stage, and I know what I want to hear, and I’m probably very annoying to work with, I’m sure. But once they’re done, they’re kind of for everyone else. It’s genuinely exciting for me to hear someone else reinterpret it, and I think it also gives me more insight into my songwriting, too. Just to hear how songs can be transformed into something totally different.

Which of the remixes were you most surprised by when you first heard it?

Probably “Everybody’s Mother.” I love Michael [Uzowuru] and have known him for a really long time. It’s actually funny—he was in one of the first sessions I was ever set up with right after I signed a deal. I was so nervous, and I knew nothing about songwriting or being in a session, so we didn’t get much done, but I just enjoyed him as a person, and so we stayed in contact throughout the years. I was just so excited we finally got to work on something together. He’s so distinct in terms of the sound he makes, and so uniquely his own thing, that it was just cool to hear him reinterpret the song as something that’s kind of ambient and ethereal.

Listening to some of the songs you’ve been featured on recently, like “Can We” with Jim-E Stack or “PDLIF” with Bon Iver, it feels like a lot of people like to take your voice and use it as a canvas to build around. Is that a feeling you enjoy, and is that part of why you decided to make this EP?

I feel like I can kind of fit around most things, so it’s cool to hear people produce around my voice or use it as a blueprint for something else. I noticed that, even in my own writing now, I’ll basically just freestyle a whole line and then chop it up and place it around. I can clunk around a piano, but I can use my voice so much easier, and you can use effects to make your voice sound like anything, so it’s cool to use little lines as motifs, so things don’t just sound like regular singer-songwriter songs.

How much easier or harder is it to do a project like this as an independent artist versus if you’d tried to do this while you were still on a major label?

Everything is easier when you’re independent, honestly. I could make a laundry list of why it’s easier. Number one is, you’re not working on anyone’s timeline but your own. I’m completely independent, so I don’t have anyone being like, “Okay, so let’s do the artwork now, and let’s send this for approval and send this budget for approval.” It’s all me. Obviously, it makes certain things harder because I don’t have a big team around me or something, but at any point, I would prefer having more work on my plate than waiting on other people. There’s nothing more frustrating and creatively debilitating than waiting for me.

What advice would you give to someone who was in a similar situation, who’s contemplating leaving a major label to go the indie route?

The biggest thing to keep in mind is patience and understanding that, at that point—and this is true at any point, but especially when you’re independent—you are steering your own ship. So, you have to be on top of everything. But, I feel like I have more advice for someone on a label than someone who’s independent because being independent means you’re able to carve out your own path for what you want to do, and there are fewer rules and roadblocks. You can just put out music and see what it does, and you don’t have to be super precious about it. It’s just about being consistent.