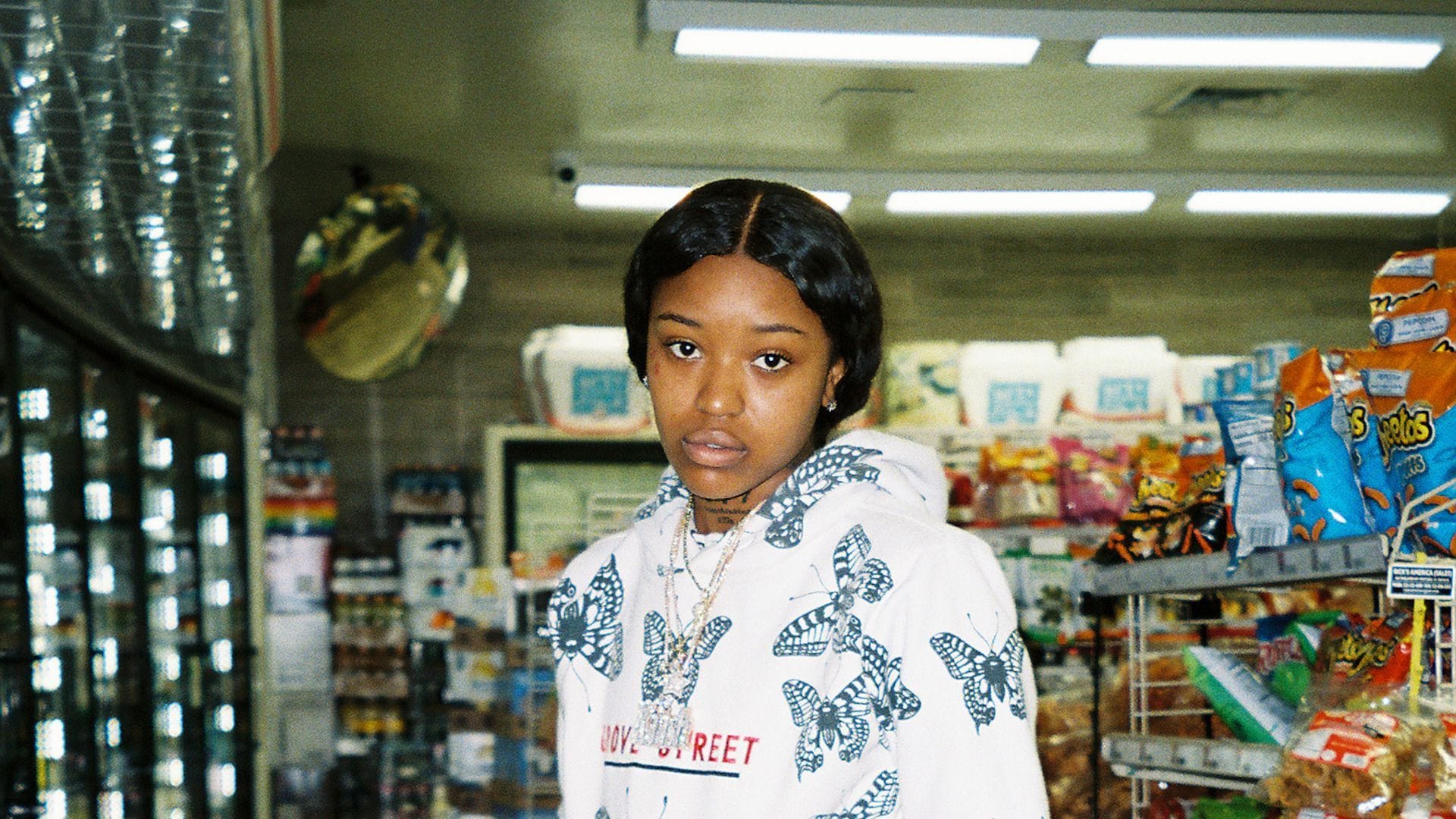 Dallas-born Kaash Paige oozes wisdom and yearning. Her viral hit “Love Songs” put her on the industry’s radar with its woozy and honest appeal. The now-19-year-old R&B singer went on to debut in 2019 with her EP Parked Car Convos, a sterling display of her ability to pour out her heart but not lose herself in the pain of heartache. The Def Jam signee’s pen drips with swagger and honesty in equal measure, never letting the vanity of fame overtake the quality and depth of her music.

“I knew I was a writer when I used to write poetry when I first started high school,” Kaash tells me over the phone. “I was always in my notes, just writing poems. ‘How could I put this to music?’ I started growing up more, and as a senior [in high school], I realized I had to be more vulnerable in my lyrics and let people know about the real-life stuff I go through.”

Kaash Paige is on a mission. It’s in her name, which stands for Kill All Arrogance Stop Hatred. Parked Car Convos brought the therapy sessions of said convos to life for a new generation. Inspired by SZA and Kid Cudi, whose influence can be heard all over her forthcoming debut album, Teenage Fever, Kaash makes music for the wounded souls of a generation entrenched in depression, anxiety, and being misunderstood.

“Some families don’t understand depression,” Kaash expounds. “I’m a teenager in this generation, we have depression—my family never understood that. I have to deal with these people and grades, and I felt like my family didn’t understand me. I was just tired of being shut out when trying to explain something. But now, we’ve learned to communicate—even with my friends. It’s been a better situation.”

In the nine months since the release of Parked Car Convos, with its alt-R&B haze and moments of irrevocable flyness, Kaash Paige has been working on her debut album nonstop. Though she admits she didn’t explicitly carry over any lessons from Parked Car Convos into Teenage Fever, she does emphasize the support of her label. “I told them, I’m trying to be the face of Def Jam,” Kaash says.

Being the face of a label comes with a spotlight, to which Kaash is quickly becoming accustomed. Casual hometown outings now mean the possibility of impromptu meet-and-greets. “I was going to the mall with my homie, and we walked past this store and I could see [fans] looking at me, but I didn’t think nothing of it—I had my mask on,” Kaash recounts, of a recent encounter. “I remember walking and all I hear is [heavy breathing] and, bro, I didn’t know they were chasing me. All the way to the other end of the mall! Just to ask if they could take a picture, like, ‘Yeah, bet!’”

Listening to Teenage Fever, it’s easy to understand why Kaash Paige is getting chased down by fans. Each of the 13 songs on the album features deeply relatable writing. On “Soul Ties,” her personal favorite, Kaash details the ways in which we bond with our lovers, and though she wasn’t in love at the time of writing, she explains that writing about love itself is nourishing for her creativity.

Elsewhere, on “Grammy Week,” Kaash produces a manifestation anthem, complete with a skit and Don Toliver feature, meant to foreshadow her impending mainstream success. “I believe in manifestation—always put out good energy and you’ll receive it back,” Kaash says. “‘Grammy Week’ is me manifesting being a part of the GRAMMYs. Having that call to my homie, like, ‘Yo, today’s the day!’ Me and Don [Toliver] are both upcoming artists and I do see us getting GRAMMYs. Being successful is elevating in the world, having the world become more aware of who we are.”

“Break Up Song" and "Problems"—featuring K Camp and Isaiah Rashad, respectively—both boast Kaash in her more aggressive bag. These songs showcase her range as an artist and her ability to step outside of the “lovey-dovey” spiel which made her a popular act in the first place. Kaash Paige will tell you a break-up song is far more fun to pen than a love song. The story, the toxicity, it all comes together to be a more fulfilling writing experience. Break-up songs are universal, but Kaash loves love too much to stuff her project with heartbreak anthems. 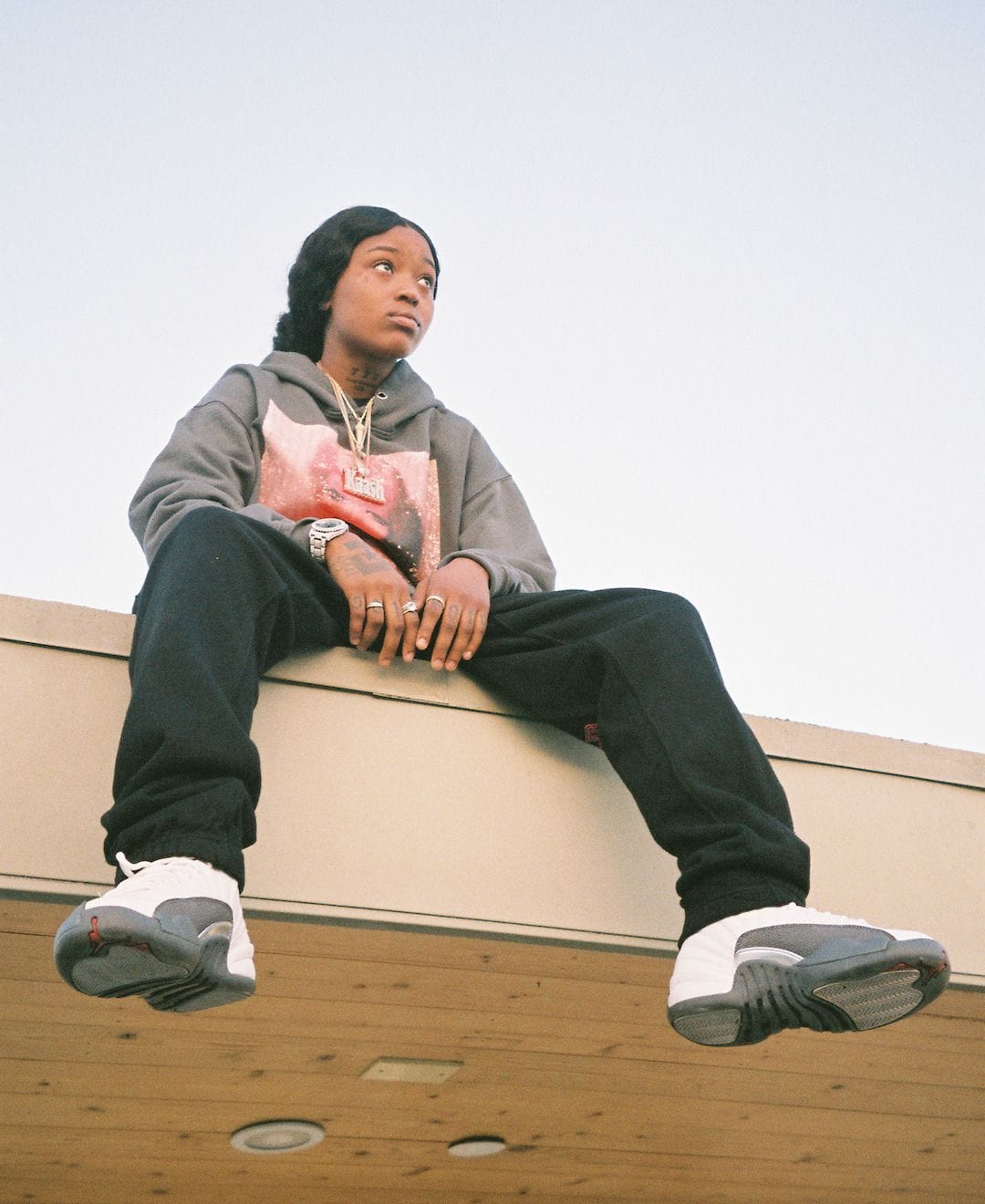 “I love the fact that they can relate!” Kaash exclaims as we get back to her fans. “It’s fun because all my fans are cool. They really wanna talk. They wanna get to know me like, ‘Yo, Kaash, your music helped me through this time.’ ‘Thank you so much, blessings.’”

Clearly, Kaash Paige crafts music in the vein of understanding. Listening to Teenage Fever, I’m reminded of SZA’s Ctrl for a younger and more vexed generation. “You saying that makes my heart smile because I love Ctrl,” Kaash says. “SZA’s music… I got my first inspiration when I was listening to ‘Sobriety’ and ‘twoAM.’ All her other tracks, I was like… ‘Bro! This is it!’ It was a crazy vibe she was giving, and it influenced my sound.”

“Being able to put out words that make you feel good or even saying you’re lost in lyrics…” Kaash trails off. “Just talking about it, and having something to vent to. Not a person, but having a pen and paper to vent to is amazing—at least you feel like you’re not alone.” We both agree writing is a blessing, and as Kaash Paige’s star rises, we get on to the topic of fame. While Kaash has yet to feel famous, she does have the moment her fame will hit her in mind.

“I got that question yesterday from my homies, like, ‘Has it hit you?’” Kaash recalls. “It’s not gonna hit me until I have my shows and I’m on stage and about 100,000 people are singing my lyrics and I’m putting out the mic and watching it. That’s when it’s gonna hit me. Until then, I’m gonna continue making music.”

Always on her grind, Kaash admits fame has a scary element to it. “The opinions are scary,” she says. Knowing her music will not resonate with everyone has the potential to break her, but Kaash Paige is a conqueror. She says it herself, part of fame is being judged, and she’s growing a thicker skin every day.

“I love fake love because it makes me go harder!” Kaash says. “I know when I drop this project, the fake love is gonna go insane. I’m not a fake person. I’m from Texas and I believe in Southern hospitality. I don’t respect people who come around and wanna drain you as a person. I’ve lost a lot of friends who started to act different when I started getting money and putting out music. They start to feel entitled, and it’s like… ‘Why?’”

Though the fake love stresses her out a decent amount, Kaash promises me she’s got a handle on protecting her energy and keeping the right people around her. With the right circle, she explains, fame can’t hurt her. The debut album, Teenage Fever, it’s a dream come true. But Kaash Paige has more dreams to manifest. She wants “Lost Ones,” another Teenage Fever standout with silky vocal lines, to be the No. 1 song “in the world.” She wants people to know Teenage Fever is her first classic. And, finally, she wants people to know it’s only up from here.

“I want the world to know who I am,” Kaash Paige concludes. “Like, ‘Okay, now Kaash Paige is a household name.’”

By Donna-Claire Chesman for DJBooth. Photos provided by Def Jam.