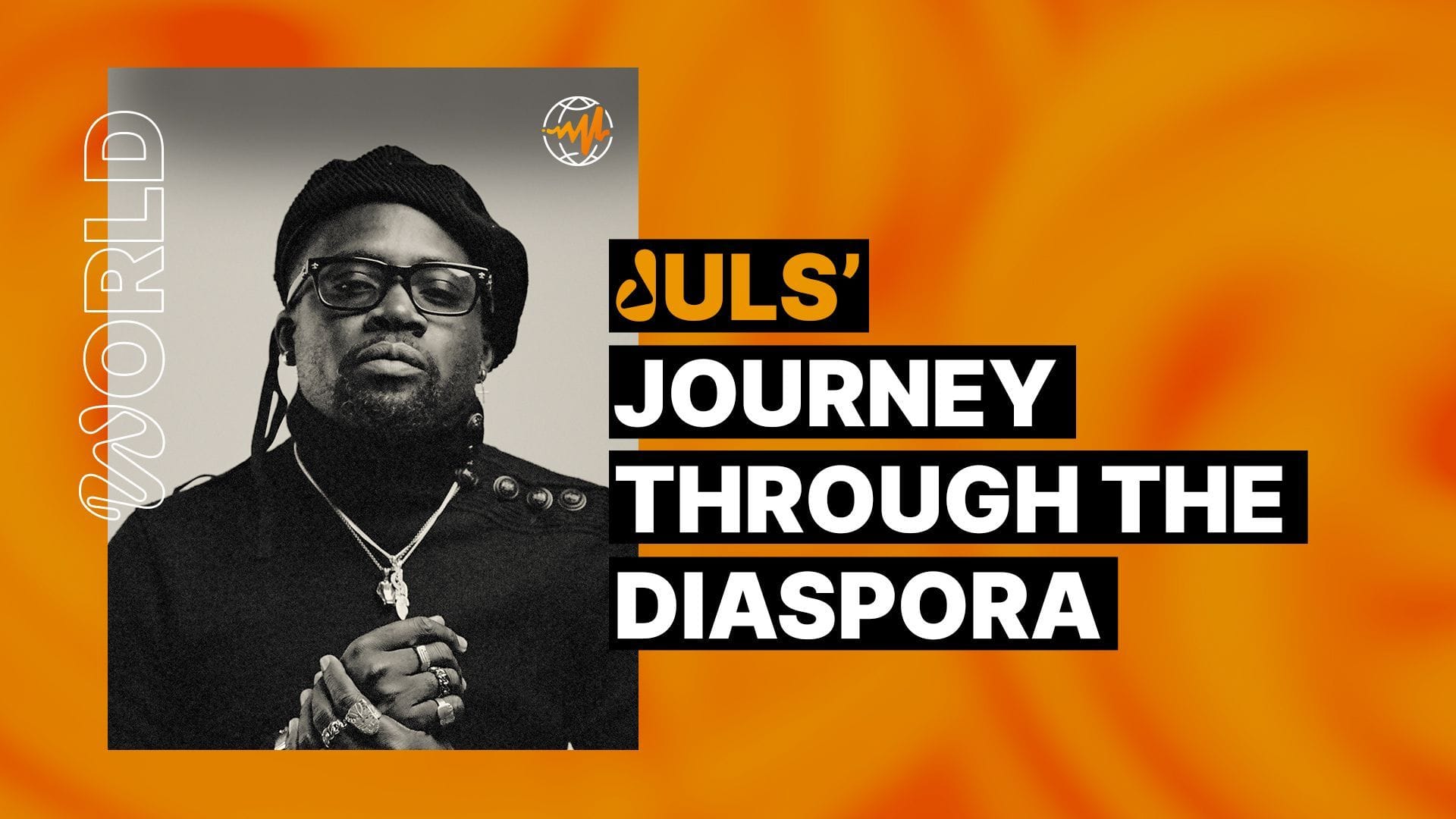 If there’s been one constant in popular music in the 21st century so far, it’s the prominence of the producer leading pop’s vanguard. And if we’re talking about the ascent of popular African music, one name you can’t avoid is Juls.

Since 2013, Juls has commanded our attention with soulful and unshakably African beats, always preceded by an ultra-recognizable “Juls baby” tag. Juls-produced hits for the likes of Mr Eazi, Burna Boy, Wizkid, and Show Dem Camp teased the boundlessness of African music and took the culture forward by bending and breaking the preconceived rules of the Afrobeats genre.

Born Julian Nicco-Annan to Ghanaian parents in Hackney and having spent some of his childhood in Ghana, Juls has a natural knack for sounds that will move people on the continent and beyond. “I’m an African at heart despite being a Londoner,” he explains. “It’s important that my identity is reflected quite heavily in the music.”

This instinct has helped Juls build up Afrobeats from a footnote in global pop music into a full and highly-cited chapter. Though he’s blessed your favorite African singers and rappers with some of their biggest hits and has been a key player in the growth of Afrobeats for some time⁠, the man behind the curtain has only now taken center stage with an album of his own. 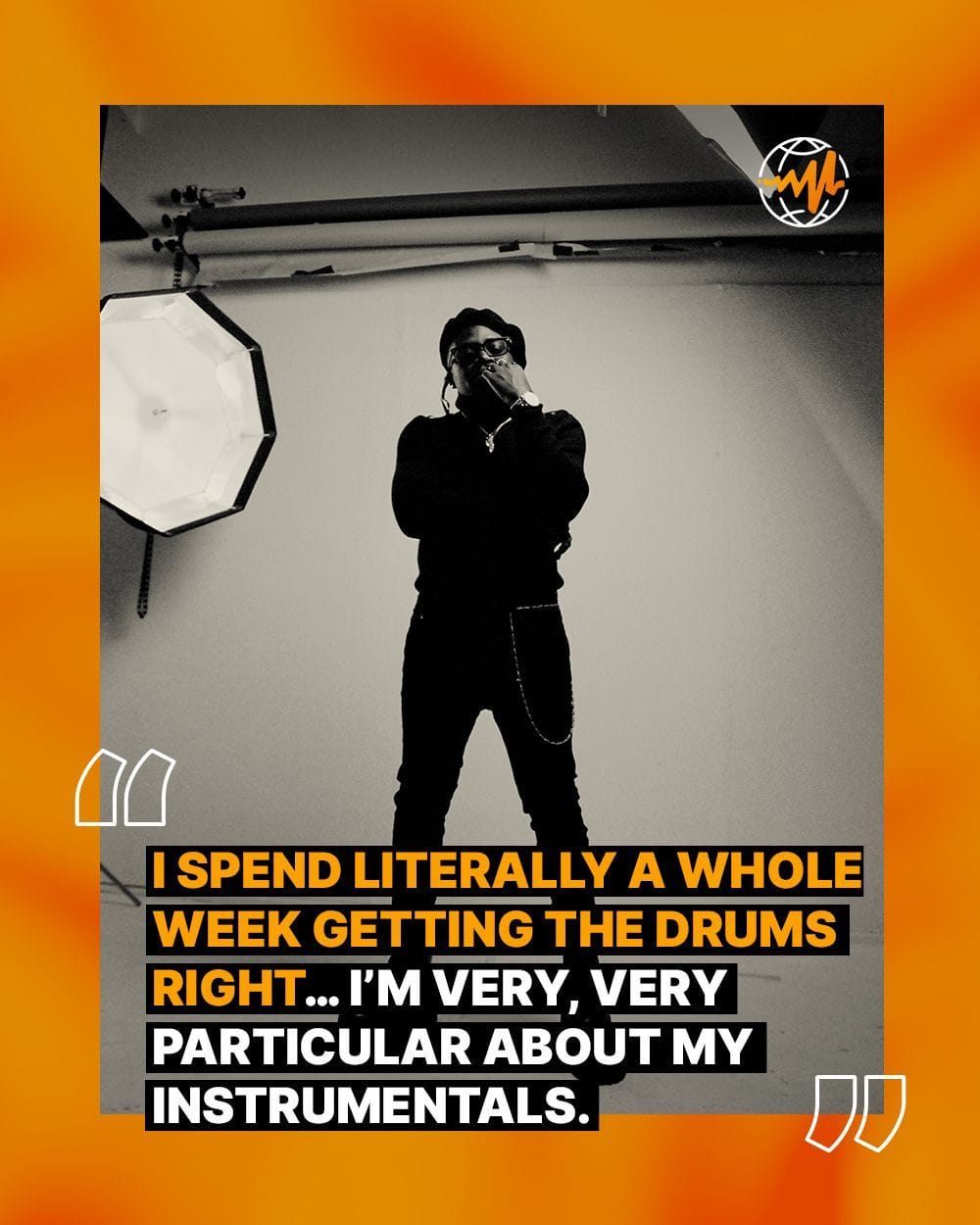 On his debut, Juls invites us to step into his universe with the aptly titled Sounds of My World. From the soulful roots reggae-tinged “Close to Me” featuring Wizkid, JAEL, and Agent Sasco, to the rhythmic highlife of “My Size” with King Promise, Darkovibes, and Joey B, the project is a journey through Africa and the diaspora’s rich musical treasury.

Do you remember what sparked this love for music and set you off on this career path?

Well, music was never really the plan. I just started as a listener. From when I was young, my dad loved jazz and my mom loved making music. But I only got introduced to African music on a lengthy scale when we moved to Ghana when I was a teenager. The first artist I got put on was an artist called Kojo Antwi. He’s arguably my favorite Ghanaian musician of all time. Something about Ghanaian music is very spiritual, and it just hits different.

I only started to explore making music when I was in uni. I did a degree and a master’s in finance, but I accidentally stumbled on software called FruityLoops that was installed on my laptop by somebody who was making music in school at the time. I started messing around with it, and I just got good at it, and here we are.

A Juls production is very instrumental. When did tinkering with software turn into this live sound?

The live stuff really started late. When I started making beats, being influenced by the likes of Kanye West and J Dilla, I was sampling a lot of old-school soul. Then, with time, I started learning you have to do sample clearances and stuff, and that’s a lot of money. So I started teaching myself how to play keys, and then just messing around with VST plugins [virtual instruments]. Now I work with a lot of amazing musicians.

The inspiration for me comes from my favorite African music, Highlife. We love our Highlife. Particularly when it comes to my drums, I spend literally a whole week getting the drums right. I just know when the drum pattern isn’t quite right, or when a snare could use a change. I’m very, very particular about my instrumentals. 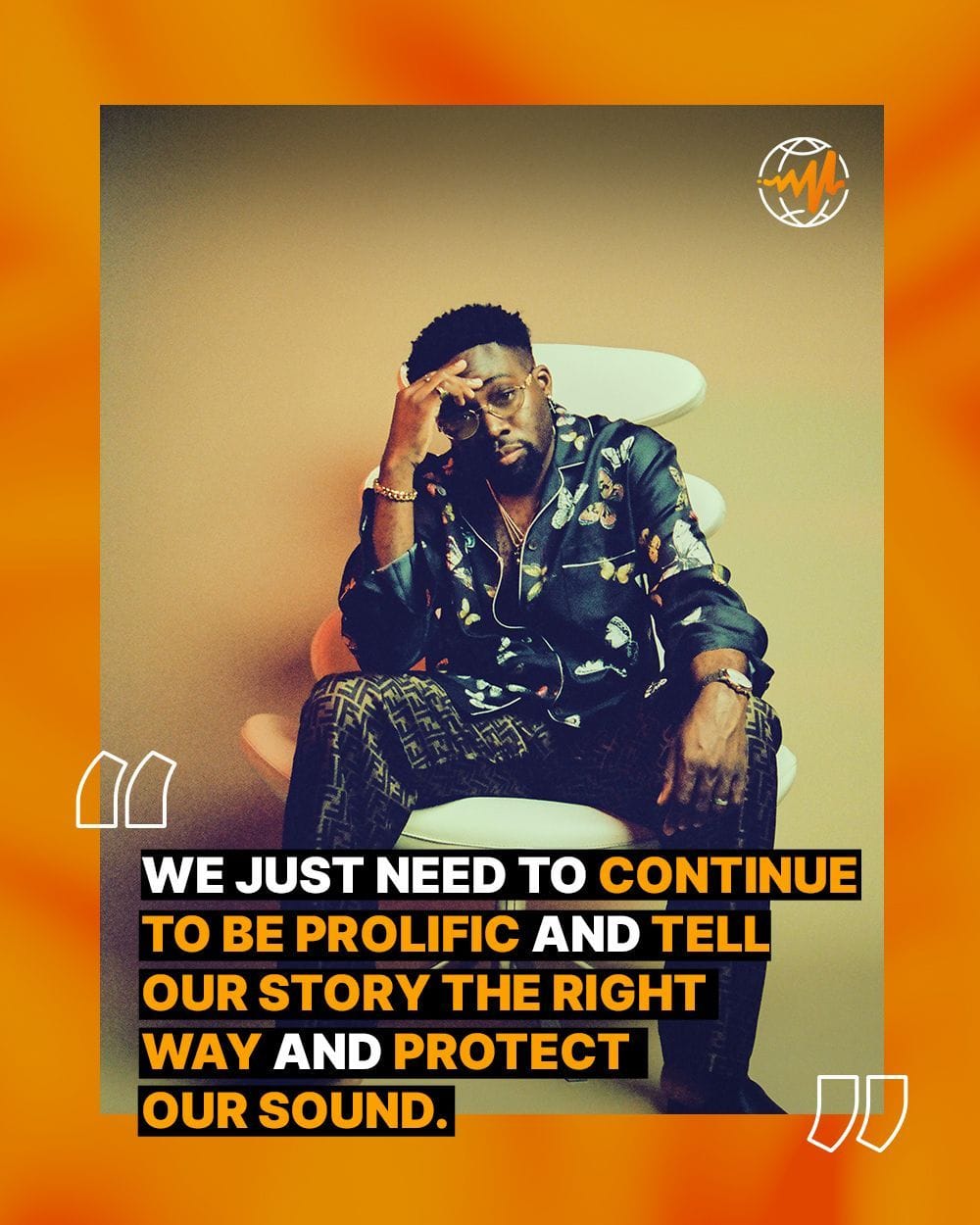 Sounds of My World is your debut album. What sets this apart from some of your previous projects?

In 2017, Leap of Faith was me wanting to start doing music full-time. That’s why I called the tape “Leap of Faith.” All of those songs were just me building a name, building a brand, putting out music I felt was dope. I feel like, at the time, producers weren’t given the love and the respect that they deserve, and it didn’t sit well with me. So I decided I’m going to start making my own records, and only work with people I mess with.

A few months after that, on the same day I turned in my resignation to stop working in the corporate world, I released a short EP called Ojekoo, which means “Good morning” [in Ghanaian], and what I wanted to say with that was, “Stop sleeping on me. Wake up.”

How did you go about choosing your collaborators for this project?

It’s down to me being a fan of their music, listening to them, and saying to myself: I wonder what kind of song we could make together if we got in the studio. A typical example is JAEL from Amsterdam. His style of music is very neo-soul and kind of reminiscent of Maxwell. But some of the beats he makes are also very hard Brazilian-vibe type of stuff. So I’m thinking to myself, “How would we make a record together?”

One day, I was just working on this beat and I was messing around with the bass lines, started playing the flute here and there, adding the drums. I was like, “Okay, this gives me that roots reggae type of vibe. Who would work on this?” I’m racking my brain. I hit up Agent Sasco. We spoke about concepts and I said I wanted it to be a love song. I sent the beat to him and when he sent it back a couple of days later he had made it so soulful. I didn’t expect him to even take that approach. That’s when I was like, “Oh! JAEL will do something soulful with that.” That’s how it all started. Then Wizkid heard it and he was like, “Yeah, bro, I’m going to bless you,” and hopped on as well.

What do you want listeners to take away from the album?

I hope everyone is able to appreciate all the styles from different cultures and enjoy it. My music is very particular. It’s mellow, it’s sexy, it’s calm. There are a couple of bangers but I’m not a club-banger person. I just like to make feel-good music. That’s the mood and hopefully, people enjoy it and recognize my hard work for all these years.

You are what I would consider one of the most meaningful architects of modern Afrobeats. When you started out, did you anticipate the genre’s global success?

I feel like the internet is what really made things pop. Because nothing’s really changed, it’s just that it’s a bit more prolific in terms of numbers.

To be honest, it’s always been a numbers game. We’ve been knocking on the door for a very, very long time, and now our time is here. We just need to continue to be prolific and tell our story the right way and protect our sound. Make sure nobody takes that away from us. ‘Cause that’s what tends to happen: not being able to tell our stories, then somebody tells them for us, and you get lost in the sauce. That’s happened too many times.

To answer your question, did I anticipate it? No. I mean, we were all [working] towards this goal and it could be frustrating because of all the stumbling blocks and obstacles, but we just kept on going and we made the right moves.

Looking back at this incredible career you’ve had, with all these iconic songs under your belt, what is the most meaningful moment or milestone to you?

Oh, man. I don’t think I’ve had it yet. I don’t know... I look around me and I look at my peers, and I see the plaques and the awards and all of those things. Maybe I don’t have that kind of setup yet, but I would like to soon.

I like my work to speak for itself, but at the moment I think I’m happy and lucky to have a very global fan base. To be able to travel the world, perform, DJ, and play my music. But I do want a lot more for myself. I’d love to have a GRAMMY. I’d like to be able to get this music thing to take care of my family. This is what I’ve been grinding for.

I’ve never really had a moment to take everything in I’ve done so far, or look back at the music I’ve made. I’ve literally just been working, working, working, trying to make things happen. Maybe after this album is out I’ll take some time off to chill for a bit, recharge, and then come back with something different.