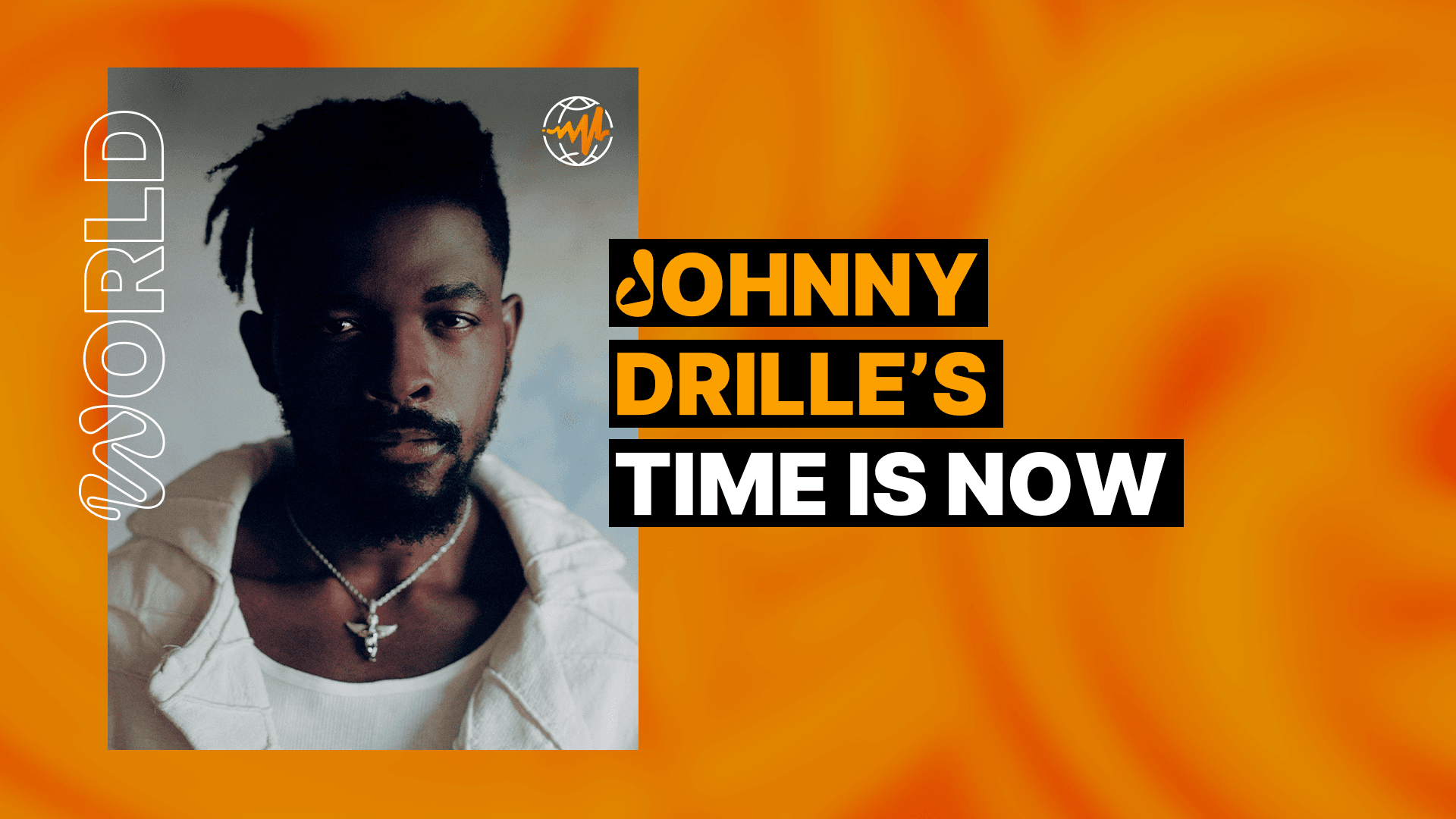 Looking at the Nigerian music landscape from the outside in, it’s unlikely to see indie and alternative artists at first glance. However, there’s a crop of acts making remarkable music that tends to get overshadowed. At the pinnacle of this alternative sound is Johnny Drille, who first came into the national limelight in 2013 as a contestant on the competition television series Project Fame West Africa.

Heavily influenced by the American electronic band Owl City, Johnny Drille launched himself into a scene that was not yet ready to embrace his alternative sound. He continued to release singles and covers, reiterating the necessity of diverse sounds in a burgeoning music industry. In 2017, he signed to Mavin Records, and a year later, delivered his wildly successful single “Halleluya” with Simi.

More recently, Johnny eased into fusions; his 2020 single “Mystery Girl” was a polyrhythmic drop. “I was in an experimental space, trying to see what was a good blend while being Johnny Drille trying out new sounds,” he tells Audiomack World. “I think it was an experiment that worked.” 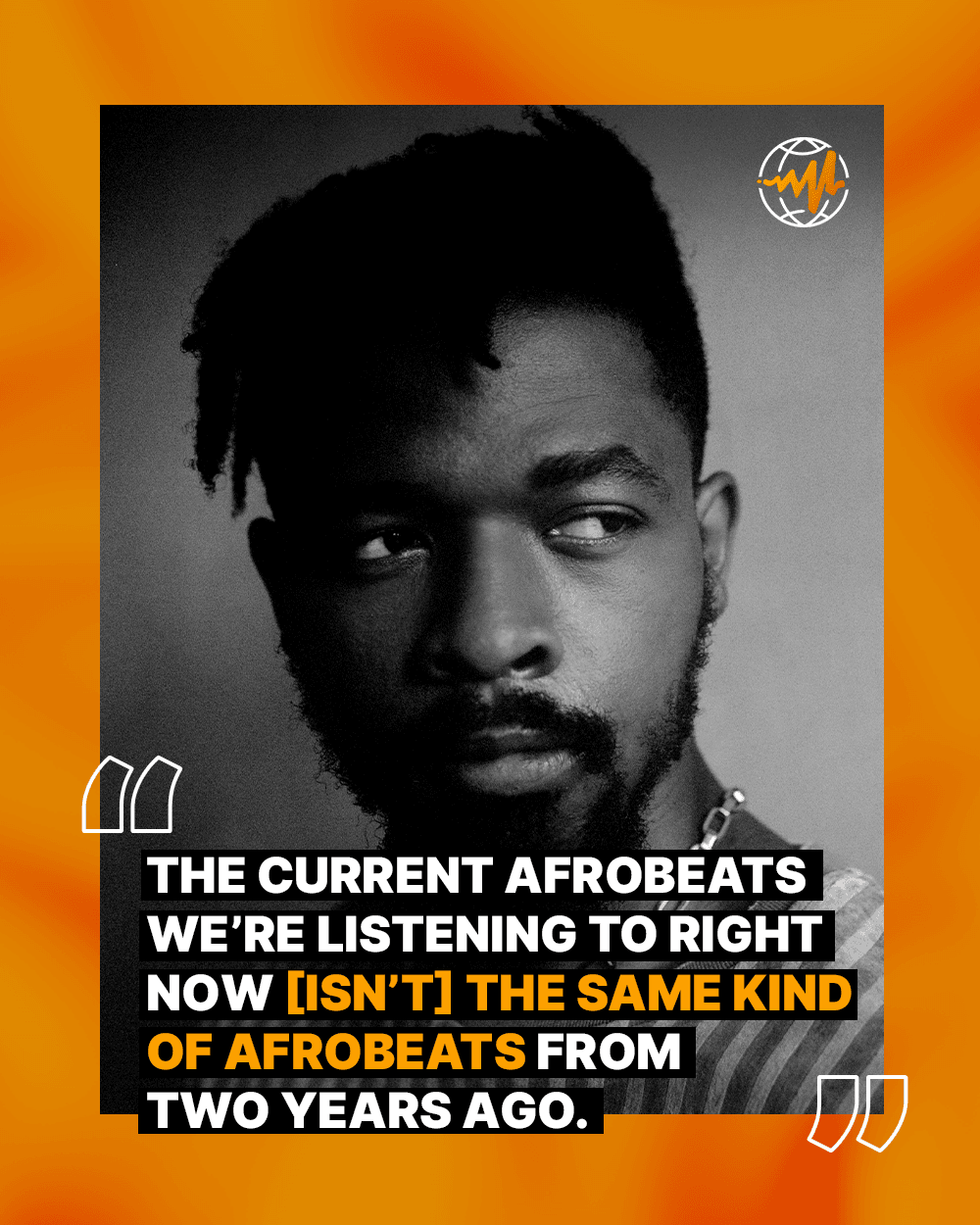 There’s a larger manifestation of these experiments on his 2021 debut Before We Fall Asleep. On the album, we hear Johnny wield the somber, acoustic sounds for which he’s known, combined with Afrobeats instrumentation. He sings about romance on an individual level, as well as wider societal issues like dishonest politicians and police brutality.

“I wanted to put out an album that was dynamic. I wanted to say more,” Johnny says. “Love is one of the most important things in the world, but I also wanted to touch on sociopolitical issues and family.”

Today’s Nigerian listeners are more open to slower-paced sonics, and the tenacity that Johnny has shown over the years seems to be finally paying off: his debut album has been streamed over six million times on Audiomack. He’s been through the furnace of obscurity and emerged a gem.

It took you five years to put out your debut album. Why did it take that long?

I’m a perfectionist, which is both a blessing and a curse; the blessing being that the quality of my music always stays there, but at the same time, people don’t need too much to impress them. The kind of ears artists would listen to music [with] is different from the ears the average audience would use.

Here and there I was stuck in my perfectionist self, and I think it all worked well for the album, but at some point, I just let go. I don’t think I got to a place where I felt like the album was perfect—I just felt like it was good enough. I also wanted to be able to move past this point as an artist to know that people could go to my artist profile and see an album. To pass that point, and to be able to now do anything I want musically. 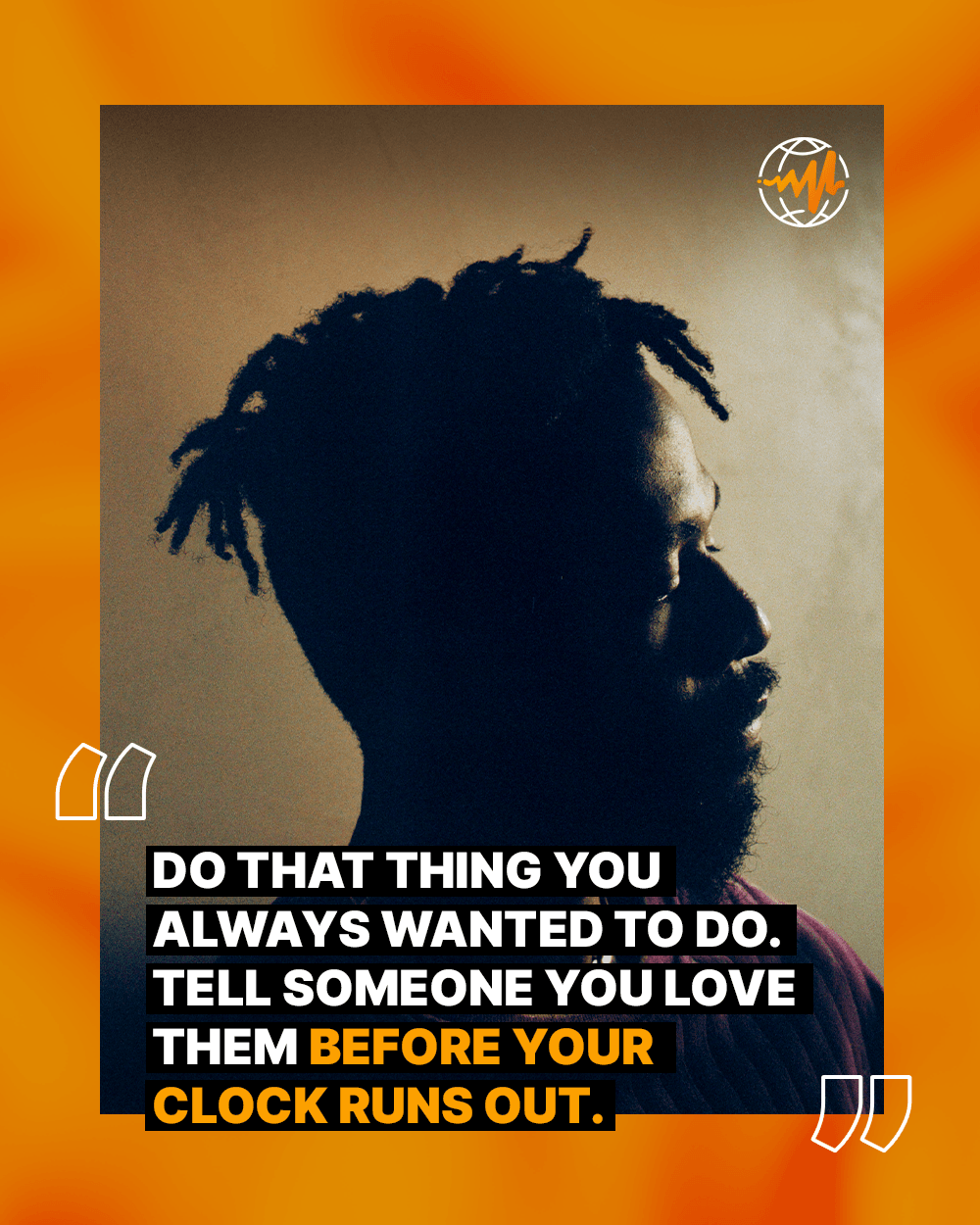 Looking back at your time at Project Fame when many people first came to know you, in what ways do you think you’ve grown the most since then?

The musical part of me has grown so much—even I can’t believe it sometimes. When I listen to my songs from 2013 and 2012 and listen to what I’m putting out now, I can see that amazing growth.

I’ve also grown as an artist in the sense of understanding how the industry works, how music works, how putting out and pushing music works, music videos, all that stuff. And being ready for it, mind and body. I’ve gotten used to the pressure… I don’t think you ever completely get used to the pressure of being an artist, but I think I’ve come to understand it and work with it.

“Mystery Girl” was a faster-paced song than your releases prior to that. Was this a transitional point in your career?

Around the time when the pandemic started to ease up a bit, myself and my label were open to experimenting and fusing things. I started to work with more producers; “Mystery Girl” was produced by London. I was in an experimental space, trying to see what was a good blend while being Johnny Drille trying out new sounds, and I think it was an experiment that worked.

In a lot of shows, people keep requesting it, and I think the reason why people weren’t alarmed at the experiment was because they could still hear Johnny Drille in there. It was not me trying to be something entirely different.

Why is your album titled Before We Fall Asleep?

So Before We Fall Asleep can be paraphrased to mean “Before we run out of time.” I wanted to play on that in the sense of running out of time and doing all the important things you need to do while you still can. If you need to apologize to someone, if you need to take that step, do that thing you always wanted to do. Tell someone you love them before your clock runs out. So “Before We Fall Asleep” plays on that essence of time, and doing everything while you can.

You have some very rare Don Jazzy vocals on “Ova.” Can you tell us a bit about how this song came to be?

The song was finished without Don Jazzy, but it felt incomplete, it felt like it needed something more. It took me a while to figure out that something more was Don Jazzy. I spoke to him about it and he so graciously accepted. Jazzy doesn’t sing as often as he used to. He’s involved in a lot of things so it’s very hard to get him to sing on your record. I feel so blessed that he did it because he made all the difference.

It took Jazzy about 20 minutes to both write and record his verse. It’s not that deep for him; he goes for it and gets it done. He’s such an amazing person to work with.

A few songs on this album divert from love into social issues. What prompted you to explore this direction?

I wanted to put out an album that was dynamic. I wanted to say more. Love is one of the most important things in the world, but I also wanted to touch on sociopolitical issues and family.

Family is a very dear part of my life and I wanted to incorporate that in my music as well. I have a song that’s about my sister, and I have another song called “SWEET AS A MOTHER’S LOVE,” which isn’t exactly about my mother, but it’s comparing love to a mother’s love.

There’s a song there called “Lies.” It’s a sociopolitical song, talking about how deceitful politicians can be, and all that. And then there’s the song “Lost In The Rhythm” about police brutality and fraud. So it’s a very dynamic album, not exactly what people would expect from Johnny Drille. I’m glad that it makes people see that Johnny Drille can be much more than what they currently know him as.

Your music has been referred to as folk, indie-pop, alternative rock, and much more. What genre are you most comfortable being associated with?

At my core as an artist, what I naturally gravitate towards, and what I’m 110% good at, I would say alternative. In Nigeria, that term tends to lump a couple of things into one, but I believe it’s alternative, which you can also call indie. It’s a whole blend of Afro-fusion, indie, alternative, and just a little bit of pop in there. It’s very hard to describe it.

How has your experience been navigating the Nigerian music industry as an alternative artist?

At the time people like myself, Ric Hassani, TJAN, Nonso Amadi, were doing this, there were not a lot of people making the kinds of music we were making. But I think there was already some level of acceptance. People were willing to listen. They were intrigued by these guys coming with entirely different things.

Thank God for fusion, because people are able to blend things, even the current Afrobeats we’re listening to right now, it’s not the same kind of Afrobeats from two years ago. Take for example “Essence,” it’s very much R&B but we found a way to make that blend. Imagine [if] we did the same thing with alternative music and see what that would be like.

The possibilities are endless if we’re able to be open to all the sounds rather than saying, “Hey let’s just do this one thing that’s working, and let’s move with it.” I think there’s a great future for alternative music. I’m still out here making waves, doing my thing, inspiring a whole generation of artists to dare to be different.

Do you face any pressures to tune your music to the more popular sound?

I think every now and then. I wouldn’t call it pressure. If there’s any pressure I think it’ll be the pressure from pretty much everyone wanting an artist to be versatile which, if you’re not careful, becomes like a trap. For me, I decided to be versatile because I knew I could fashion sounds and make [them] mine.

Even while listening to my Afrobeats, you can tell that this is still Johnny Drille. The voice is still the voice, he’s not trying to change it, he’s trying to blend it in a good way. For me, it’s always been about finding the balance.