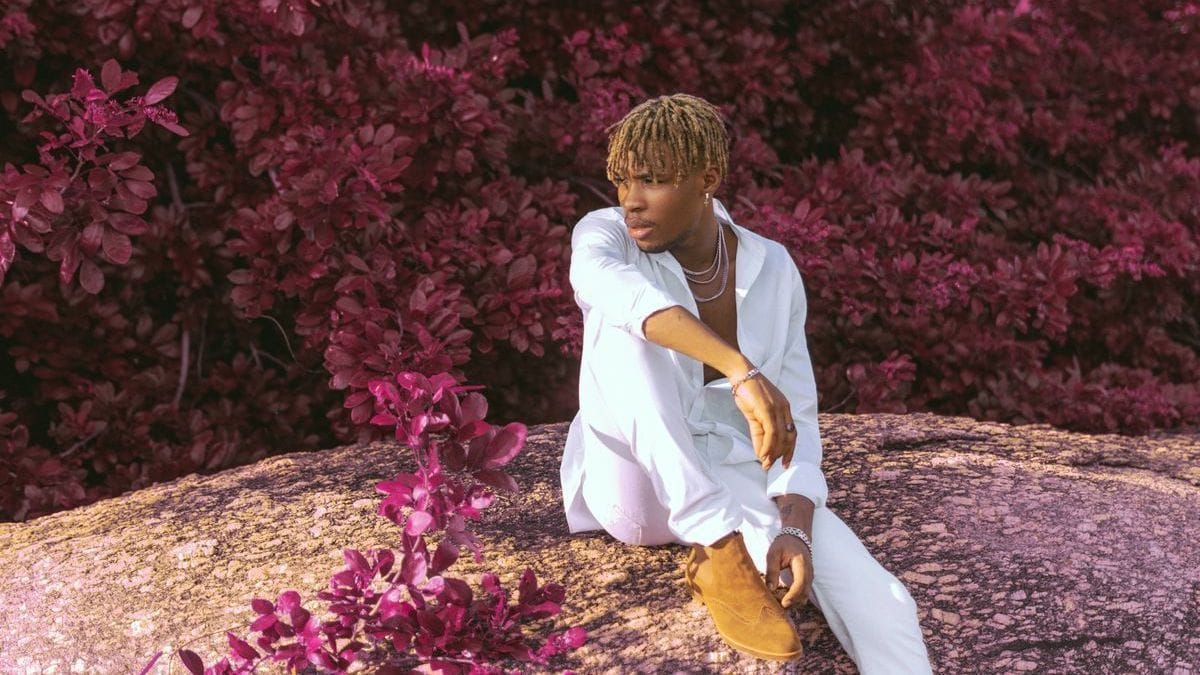 “Nobody” was the biggest song to come out of Nigeria in 2020. The DJ Neptune single featured Nigerian pop music wunderkind Joeboy and his mentor Mr Eazi, delivering an earworm that dominated radio and racked up over 19 million streams on Audiomack.

“Nobody” is trademark Joeboy, with its simple but catchy writing and melodies. Despite its success, it also underlined the struggles Joeboy faced in 2020. As “Nobody” popped off in different African countries, Joeboy was unable to perform the song due to the COVID-19 lockdown, which he says affected his mental health.

And yet, after back-to-back hits in 2019 (“Baby”) and 2020 (“Call”), Joeboy is still ready to release his debut album Somewhere Between Beauty and Magic. He is excited about showcasing his new body of work to the world and for an important reason.

“I want them to experience happiness because the way the world is right now, there is so much negativity and so much sadness,” Joeboy says of his upcoming album. “I want to bring some form of positivity through my music. I want people to listen to my album and be happy and excited.” 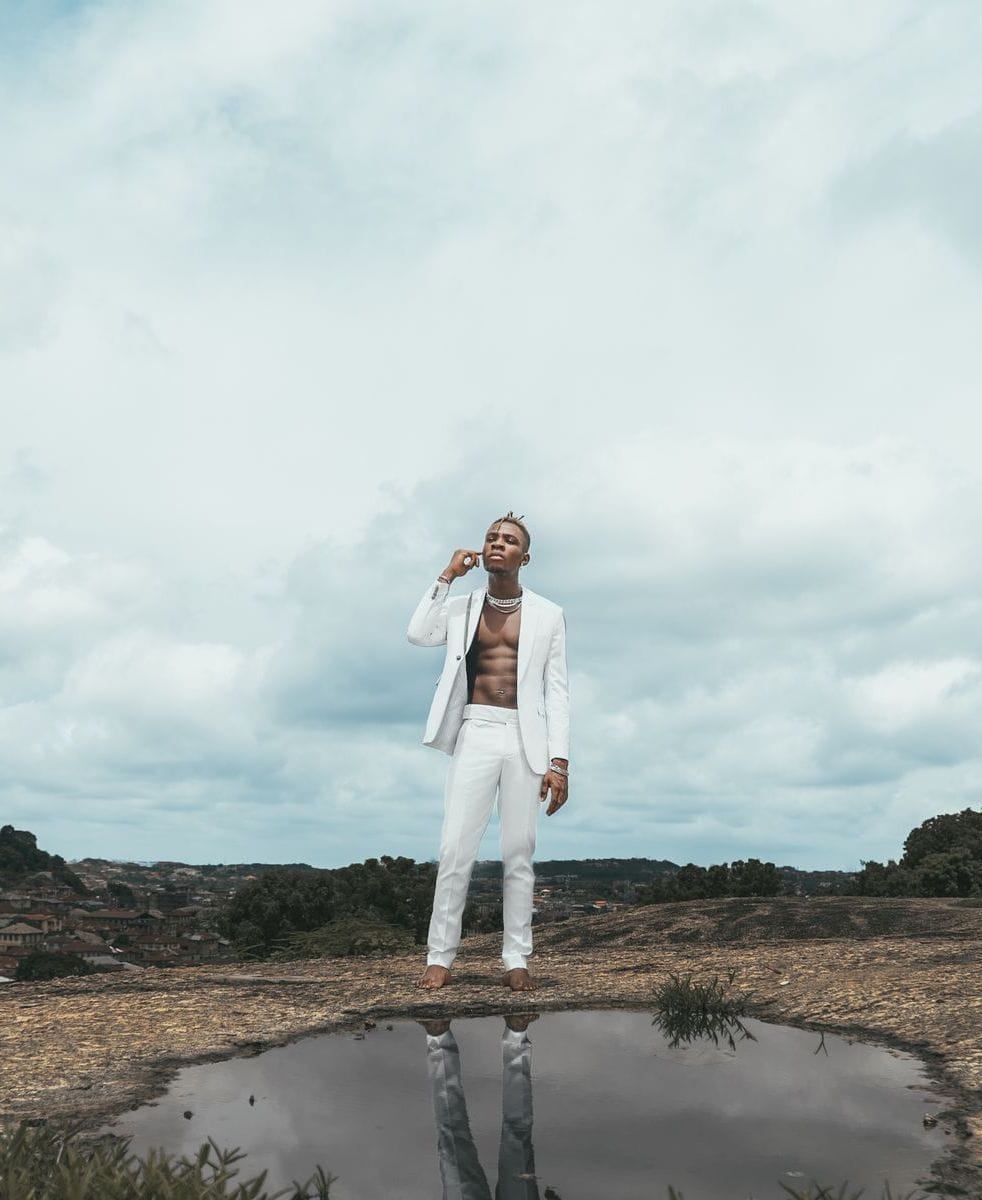 2020 was not what everyone, in every aspect of life, expected it to be to a very large extent. For me, 2020 was supposed to be full of tours. I had plans of touring the world, and the pandemic came up, and that could not happen. I was stuck in Lagos for like six months straight. That affected me mentally because, before the pandemic, I used to travel at least twice a week.

You are 23 years old. How have you been able to deal with the demands of fame, success, and back-to-back hits without it affecting your mental health and personal relationships?

I take personal breaks where I take time out to introspect and observe everything. I use this timeout to see what I’m doing wrong and what I’m doing right.

I think it is very, very important for young people to take a timeout and chill. It really helps in the long run. This is the way I have been able to manage fame. I take it easy and [take] each day as it comes. I understand things might not go the way I want them to, and that is totally fine. I don’t let it get to me too much.

Your hits—“Baby,” “Beginning,” and “Nobody”—are earworms. Do you intentionally go for pop hits, or is your writing style naturally direct and powerful?

Most times, I write to instrumentals. I wrote “Nobody” when I heard the instrumental. Like I said, in my writing, I try to make my songs as relatable as possible. I think that’s one of the major ingredients of a hit song: it has to be something a lot of people from different backgrounds can relate to.

When I’m making singles, I like it to be a song a child can sing in front of his or her parents. I get invited to birthday parties for children, and I see how five and six-year-olds sing my songs. It makes me proud.

How did you come up with your writing style?

I think it was based on observation and advice from OGs in the game. Mr Eazi played an important role in terms of developing my songwriting skills. I remember when I started recording songs, and I used to send them to him, and he was like, “Yo, you just need to calm down. You don’t need to prove to everyone you can sing.” You know when you are young, and you want to prove yourself. I think that kind of complicates songs in a way, so I try to keep it as easy, simple, and catchy as possible.

It seems you pay attention to your lyrics. Did the musical background of your family influence this?

Yeah, it influenced me subconsciously because, at some point, I didn’t know I could sing until after secondary school. I always used to love music, but I didn’t see myself as an artist.

[Since] 2008, I was a big fan of music. I knew everybody. I was a music fanatic. And my brother used to roll with ID Cabasa [legendary Nigerian producer] back in the day. I used to hang out with them in the studio, go out with 9ice for his shows then. I think this also influenced me.

In terms of writing and approach to lyrics, who do you admire or look up to?

I used to listen to a lot of rap. I think rap helps in songwriting, too, on a very large scale ‘cause rappers are amazing writers. I don’t think you can be a good rapper if you don’t know how to write. So I listen to rap a lot because they help with songwriting. 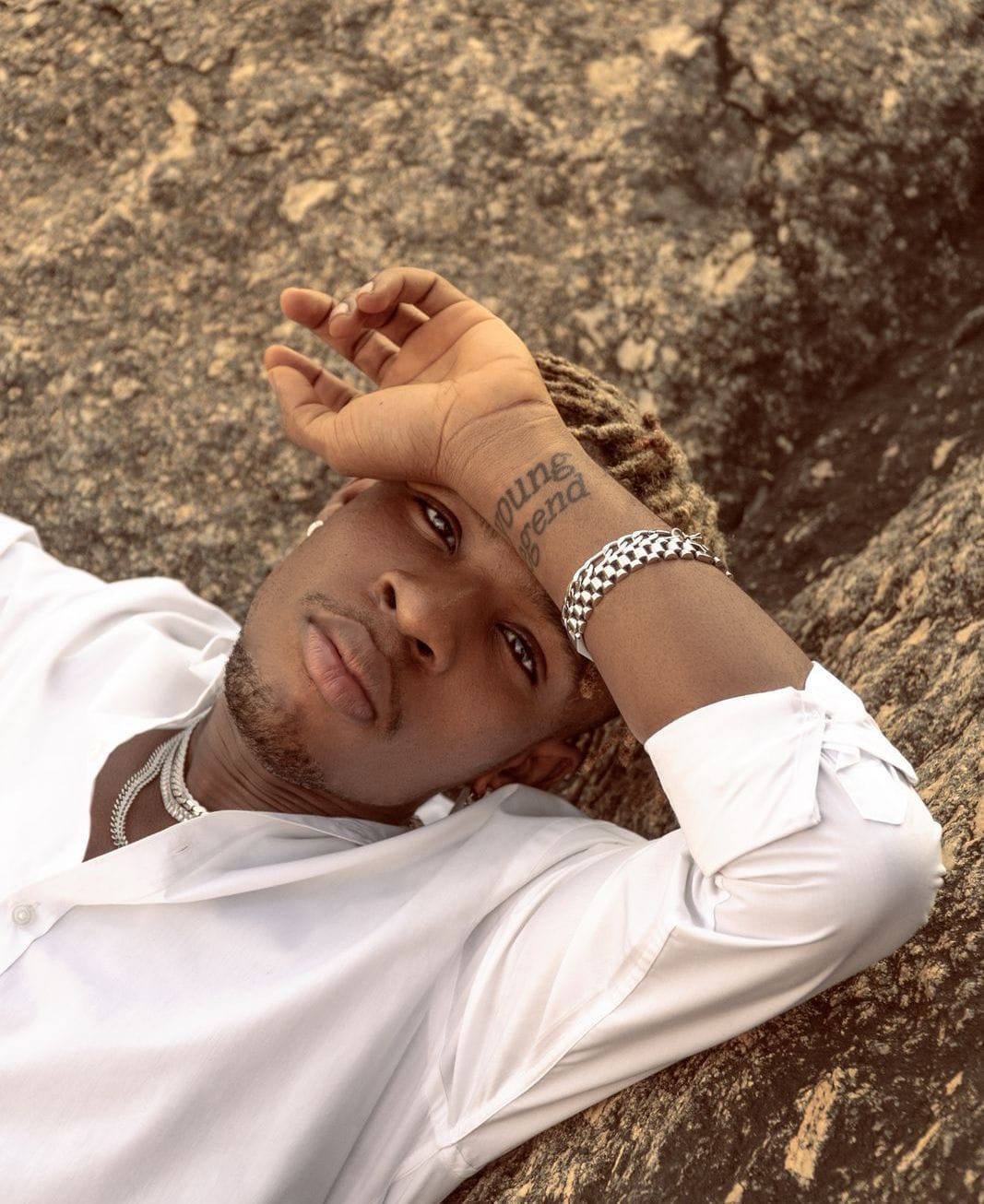 What does your debut album Somewhere Between Beauty and Magic feel and sound like?

It sounds like beauty. It sounds like magic. Anytime I’m speaking about the album, I’m really, really excited because I believe I should have put it out [before], but it was held back due to some delays. That’s why anytime I speak about it; I can’t wait to put it out and let people see and understand what Joeboy is all about.

It is an exciting album. It has a lot of smash hits on it. It’s different when it comes to singles. With singles, you have to do it in a particular way, but when you have a body of work, you can try different things. I think this album will showcase my versatility to a large extent.

Did you approach this album differently from your last project, the Love & Light EP?

Yeah, obviously, there was a different approach. The EP was a bunch of songs I put together just to show people who I am. I remember when I dropped “Baby,” people didn’t know my face because it came with a visualizer. I wanted people to know Joeboy was the guy behind this song. That’s why I put all my songs together to form an EP so people could know they were from Joeboy.

You belong to a new generation of Nigerian pop acts, including Rema, Fireboy, Oxlade, and Omah Lay. Why do you think your generation is championing a slower and softer sound?

I don’t think it is on purpose. I think it is just the times. That is just the way music is. It changes. It is kind of mid-tempo right now. Soon it could be fast-paced. There are different factors, but it is just not one artist that changes the tempo. It’s a bunch of factors.

The pandemic encouraged mid-tempo because we were indoors. There were no clubs open, so I think that influenced the popularity of calm songs to a large extent. It is not something we did intentionally. We are just making music.

How do you cope with the hectic schedule of private jets, numerous performances in a day, hotel rooms, and jet lags?

I actually enjoy it now because I didn’t get to perform for six months. That period now makes me appreciate relating with fans, performing live, and seeing the excitement on their faces. If I get five shows in one day, I will gladly perform at all the shows with high energy. It’s what I enjoy doing.

What does Joeboy like to do when he isn’t recording or flying across the world?

Joeboy is really an indoor guy. I most likely will be playing video games, working out, or reading books. These are what I would be doing if my schedule is completely free.