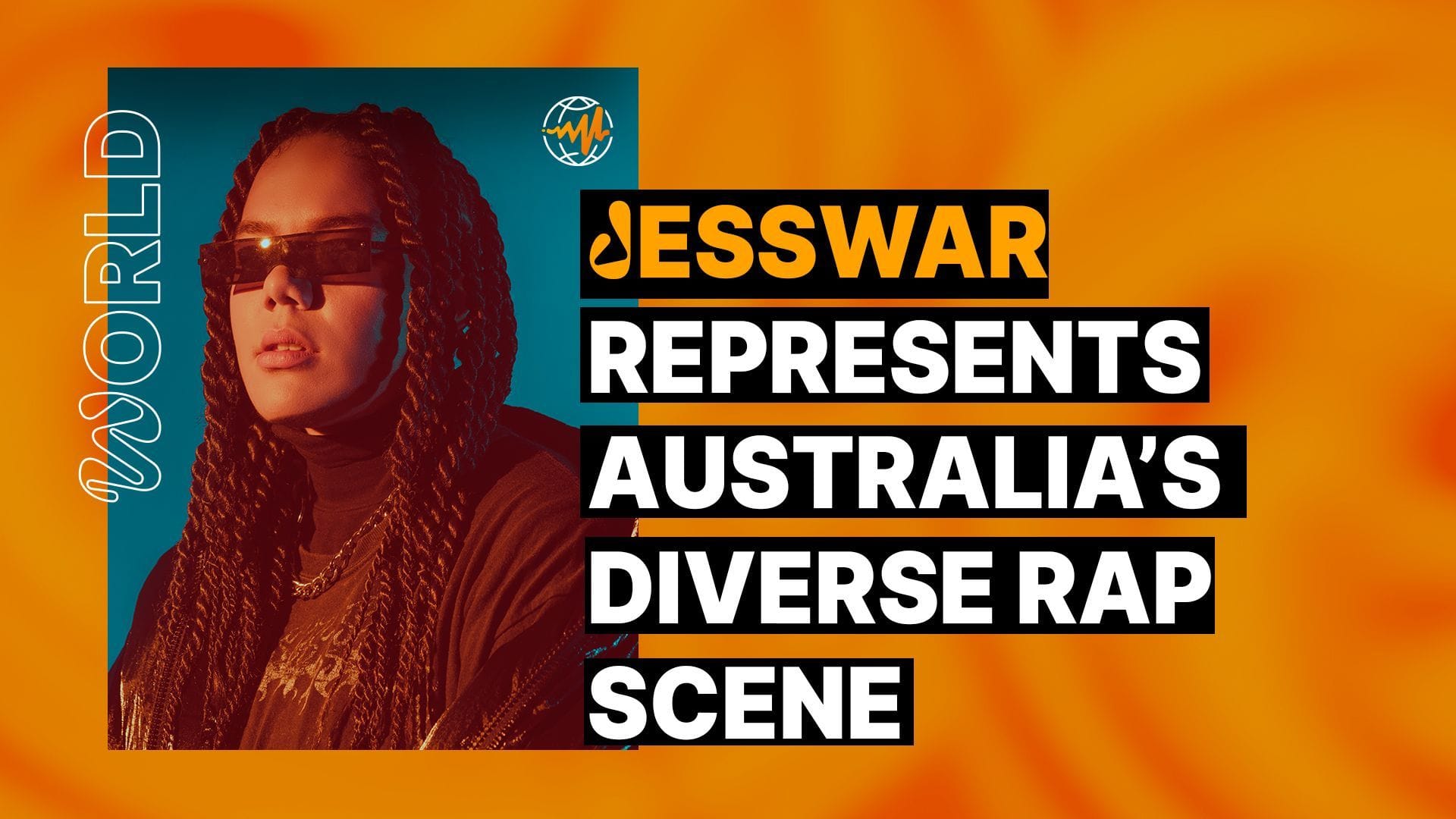 As rap music grows more inclusive to female rappers, the borders become more expansive. From American stars like Megan Thee Stallion and Lizzo to British newcomers like Ivorian Doll and Bree Runway, women are dominating on a global scale.

Jesswar, an Australian rapper by way of Fiji, is hungry to take charge. After emerging in 2017 with breakthrough single “Savage,” the Yugambeh/Kombumerri land-based independent rapper’s ferocity hasn’t let up. On March 5, she released her gritty debut EP, TROPIXX, which is both a celebration of womanhood and embracing the justified rage that comes with proving yourself in a testosterone-heavy industry.

“I personally didn’t see any female Pasifika [indigenous peoples of the Pacific Islands] rappers growing up,” Jesswar tells me. “A lot of the rappers we were listening to from the South Pacific were more from New Zealand, like Savage and Scribe. But these were male artists. So I never saw that representation. There’s now heaps of females coming up from over here, like Sampa The Great and Tkay Maidza, which is amazing. Tkay is based in Adelaide and is doing big things. For all of us to see where she started from to where she is now just gives us so much hope.”

The Pasifika community is important to Jesswar, who also runs music workshops for young people in the outer suburbs of Brisbane. The rapper, who was first introduced to artists like Wu-Tang Clan and G-Unit by her older brothers and cousins, didn’t see enough representation growing up, so she wants to provide a different opportunity for her peers. 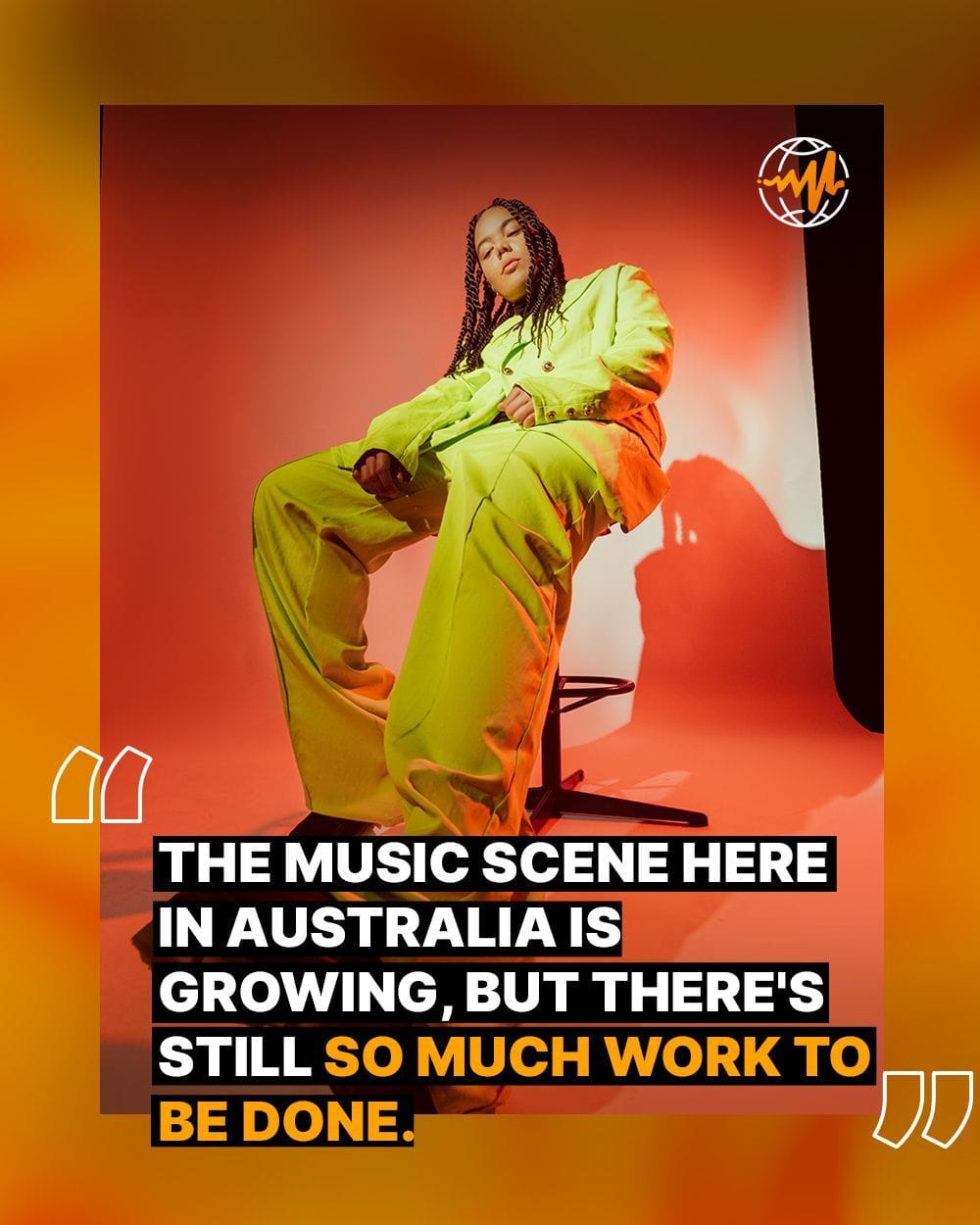 “Growing up, my Pasifika women [and I] could relate to a lot of the stories that were being told in hip-hop,” Jesswar continues. “We would see video clips from the UK and the US of people that looked a bit like us. So I think we’ve identified with that more than what was happening in Australia at that time. Australian hip-hop was pretty much dominated by white males. We didn’t see ourselves in that.”

I read you were born in Canberra and then moved back to Fiji with your family and then back again to Brisbane. What was it like living in different places?

I haven’t been back to Fiji since I was really young. My mom and dad had been living there prior to when I was born. Growing up in Australia and doing my schooling here was quite difficult for me at times. I think that’s why finally finding my Pasifika community was something that helped me get through it here. Music was a thing that blended all of our experiences together. We could walk through the world with each other and at least go back to our own little bubble, you know? It gave me a sense of bravery in a way. I think that’s what kept me grounded.

Being a Black woman myself, I find comfort in my fellow Black women. So I think you having that same sense of community is very important.

A hundred percent. Especially if you’re in the creative industry, it’s something that brings you back [to reality]. It helps me every single day. I love that. 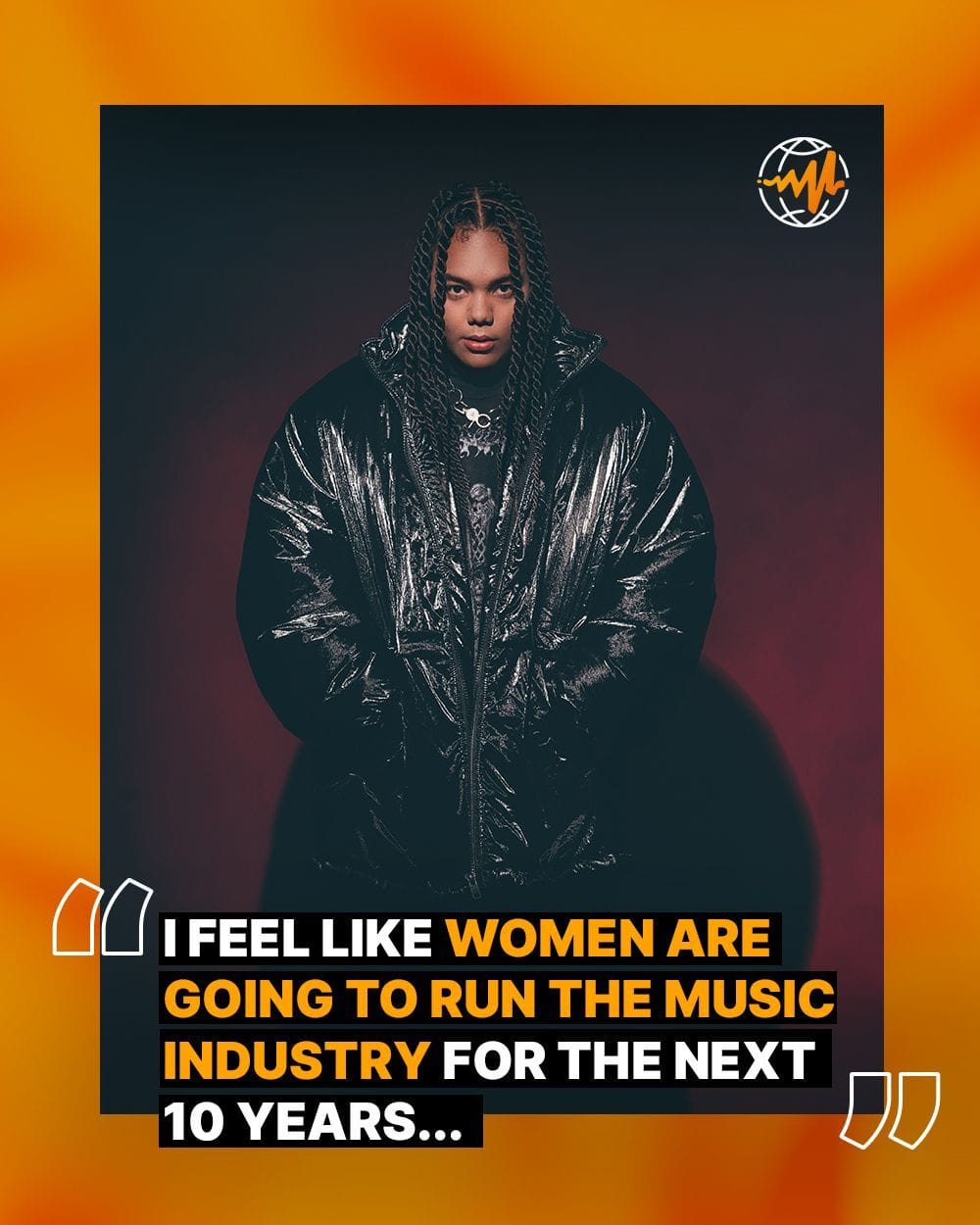 Going back to when you were growing up, who are some artists that inspired you?

When I was in high school, me and all of the Pasifika girls—Samoan, Tongan, Maldi, Fijian—would only listen to R&B, rap, and slow jams. I loved Lil’ Kim, Missy Elliott, and Eve.

Right now, I really love Rico Nasty. She’s a phenomenal artist. I heard her music, and I was like, “Wow, she’s doing stuff that’s never been done before.” It’s amazing to see so many women coming up right now and dominating.

Getting into TROPIXX, it has some gnarly sounds I haven’t heard from a woman in a while. What was your mindset going into this project?

I tracked it all in a room in my share house, and I was just working with what I had. I didn’t have enough money for studio time, so I was just throwing everything together in Logic, making it work somehow.

There are songs on there that are three years old. I didn’t have a clear view of where I wanted to take it. I was going through such a hard time in my personal life, and writing those songs gave me the power to keep going. At times I was like, “I don’t know if anyone will ever hear this.” It was something quite personal.

Coming to the end of the project, I chose songs that had a similar feeling. I just felt this was the perfect way to tell my story. Making that project gave me so much strength. I had a lot of self-doubt and self-hate, so listening back to the songs, I was just like, “I can’t believe I did this.”

In Greek mythology, Medusa was punished for being sexually liberated, and she represents female rage because she was berated by men. I was curious about your interpretation of the title “Medusa.”

It took me ages to find a name for that track. Then it just came to me. I did feel rage and so much anger when I was making that song. I felt like I was getting talked down to all the time and minimized; I had to write that song to work through my shit. I wanted to name it after her because she’s so powerful.

There is a line in “Venom” where you say: “This shit’s horrific like mood swings on ketamine.” These kinds of lines are immediate Instagram captions. It’s empowering but also super in-your-face.

I really wanted to work on my pen and wanted it to be punchline after punchline. I just love the way you’ve listened to it; it’s making me feel super happy. But I was in quite a dark space. There’s a line where I say, “I’ll keep you hooked like methamphetamine.” That’s the space I was in, and being in that pushed me to expand my creativity.

We’re getting to a place where there’s even more representation in rap music, especially for women. Missy Elliott definitely set the tone for us growing up because she didn’t look like the cookie-cutter figure. Now we have rappers like CHIKA and Young M.A continuing to break the mold.

To see that really does give me hope that there’s room for me too. One of my favorite artists right now is Leikeli47. The way she creates music and translates it into sound is… I’m just blown away.

It’s important for women to see different representations within rap. I feel like this is something that is only just the beginning. Women are going to run the music industry for the next 10 years, whether it be pop or rap. The music scene here in Australia definitely is growing, but there’s still so much work to be done.