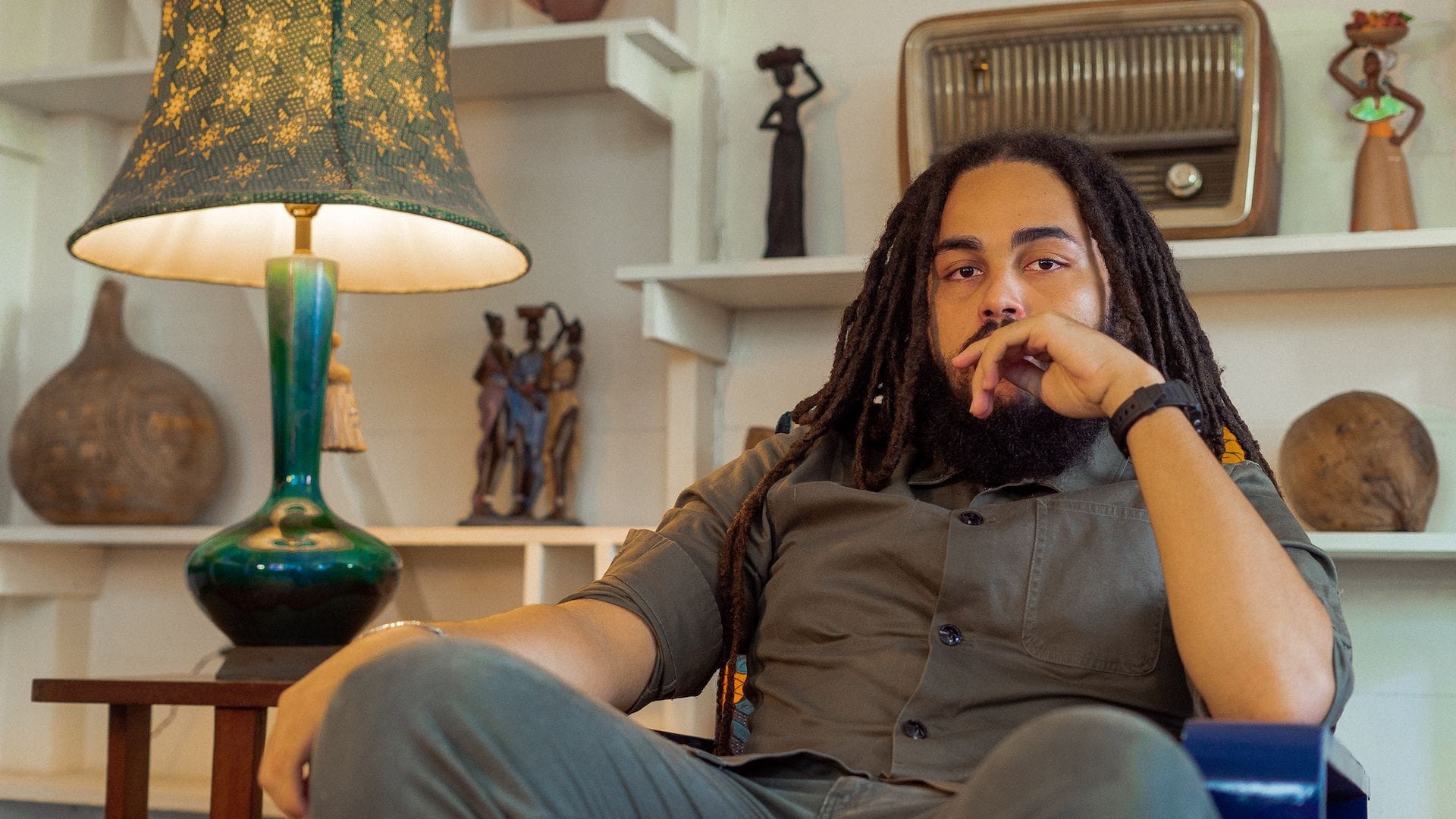 When you hear his tag, you know exactly what to expect. “i i i i ooo,” the distinctive audio stamp of Iotosh Poyser, consistently reminds listeners he’s part of an emerging wave of beatmakers continuing to propel the varied sounds of Jamaica to the fore.

This class of producers—inclusive of J.L.L, BNJMN, Boomdraw, Krs., Ziah, and others—are lending their ears and adding their touch to texturize the music and sounds coming from the island. The 22-year-old Iotosh is grateful for the opportunity to build laterally with like-minded peers. “There’s a whole sound coming up right now, and we’re the foundation of it,” Iotosh says. “It’s not like we’re necessarily running down the fame or the image, but it’s the appreciation [for the music and craft].”

In the past year, Iotosh’s production can be heard on three singles off Jah9’s latest album (the co-produced title track “Note to Self” featuring Chronixx, “Highly (Get to Me),” and “Each Man (Ma'at)”), two singles on Protoje’s In Search of Lost Time (“Deliverance” and “Self-Defense”), and another on Lila Iké’s The ExPerience EP (“Solitude”).

Iotosh has been working alongside emerging artists from the country, getting placements on records by Zac Jone$, Leno Banton, Rude Jerms, Blvk H3ro, Royal Blu, Jane MacGizmo, and Runkus. In addition, he has been busy co-running his label, Sound Ting, with friend and frequent collaborator Kyraxx. 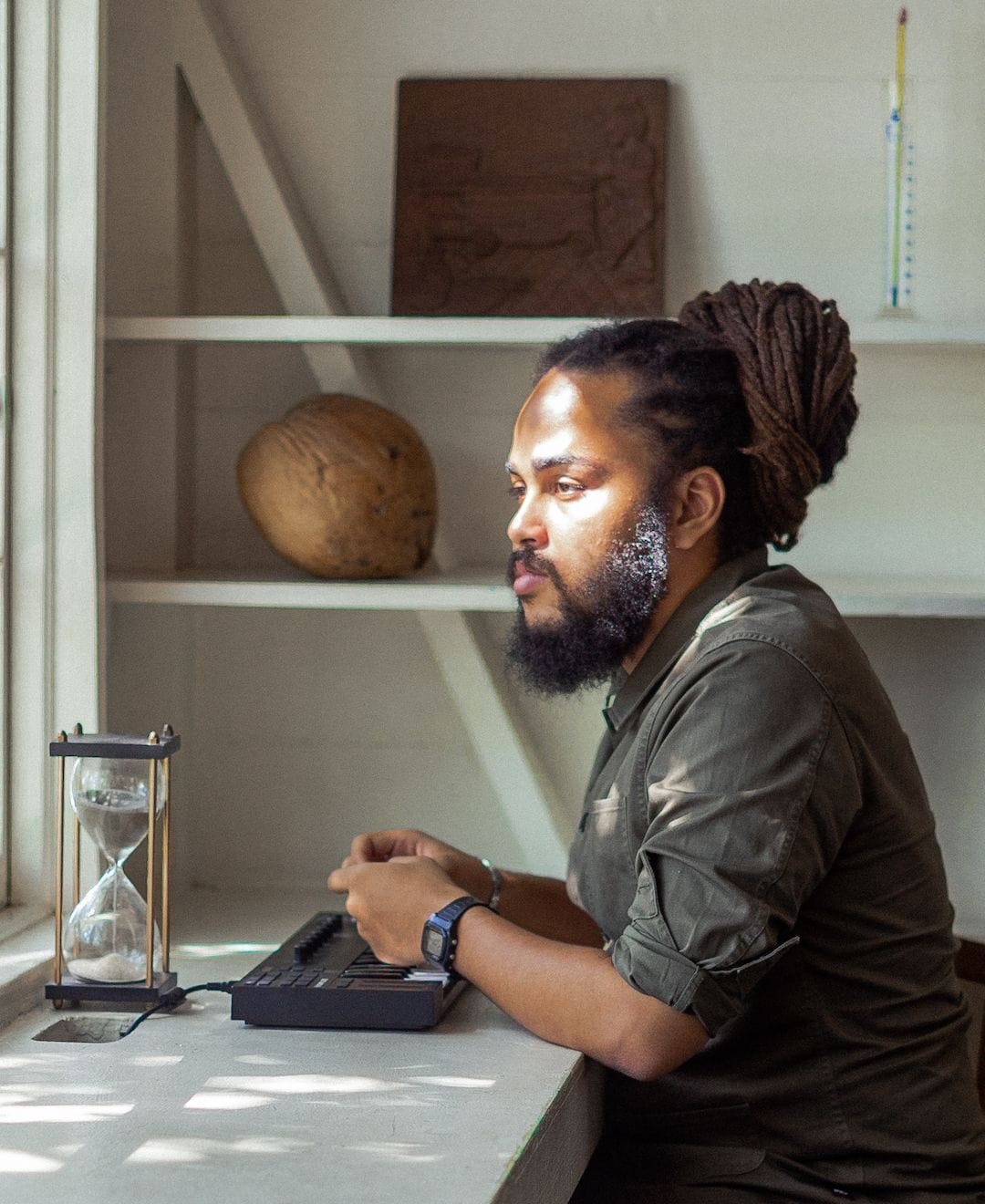 Primarily shaped by the sounds of reggae and dancehall, Iotosh cites artists like Bob Marley, Dennis Brown, the Congos, and Lee “Scratch” Perry as his influences, though he also spent a lot of time listening to soul and rock titans like Kool & the Gang, the Gap band, Teddy Pendergrass, Marvin Gaye, Led Zeppelin, and Stevie Wonder. While those artists and genres colored his musical view, it was the work of Japanese hip-hop producer Nujabes to which he felt particularly drawn.

“[Nujabes] produced the soundtrack for this anime I used to watch, Samurai Champloo, and heavily influenced all of my early beats,” Iotosh says. “If [my beats] weren’t reggae or dancehall, it was based on what he was doing. He introduced me to the world of sampling records.”

Yet, something else was simultaneously fueling Iotosh’s creativity. Many of the producers currently at the helm of pushing Jamaica’s sound to the forefront were in the infancy of their careers testing the waters by sharing their creations digitally.

“There was an era circa 2015 [where everyone was uploading music online]. I don’t even remember the names of all the people, but every single one of them played a role in me developing my taste,” he says. “I think that’s where the genre-bending part comes in, because [those places] removed [the rigidity of] genres for a lot of people. That’s how I met a lot of the producers who are my peers today like J.L.L. J.L.L is a huge inspiration for me and he’s my bredrin.” 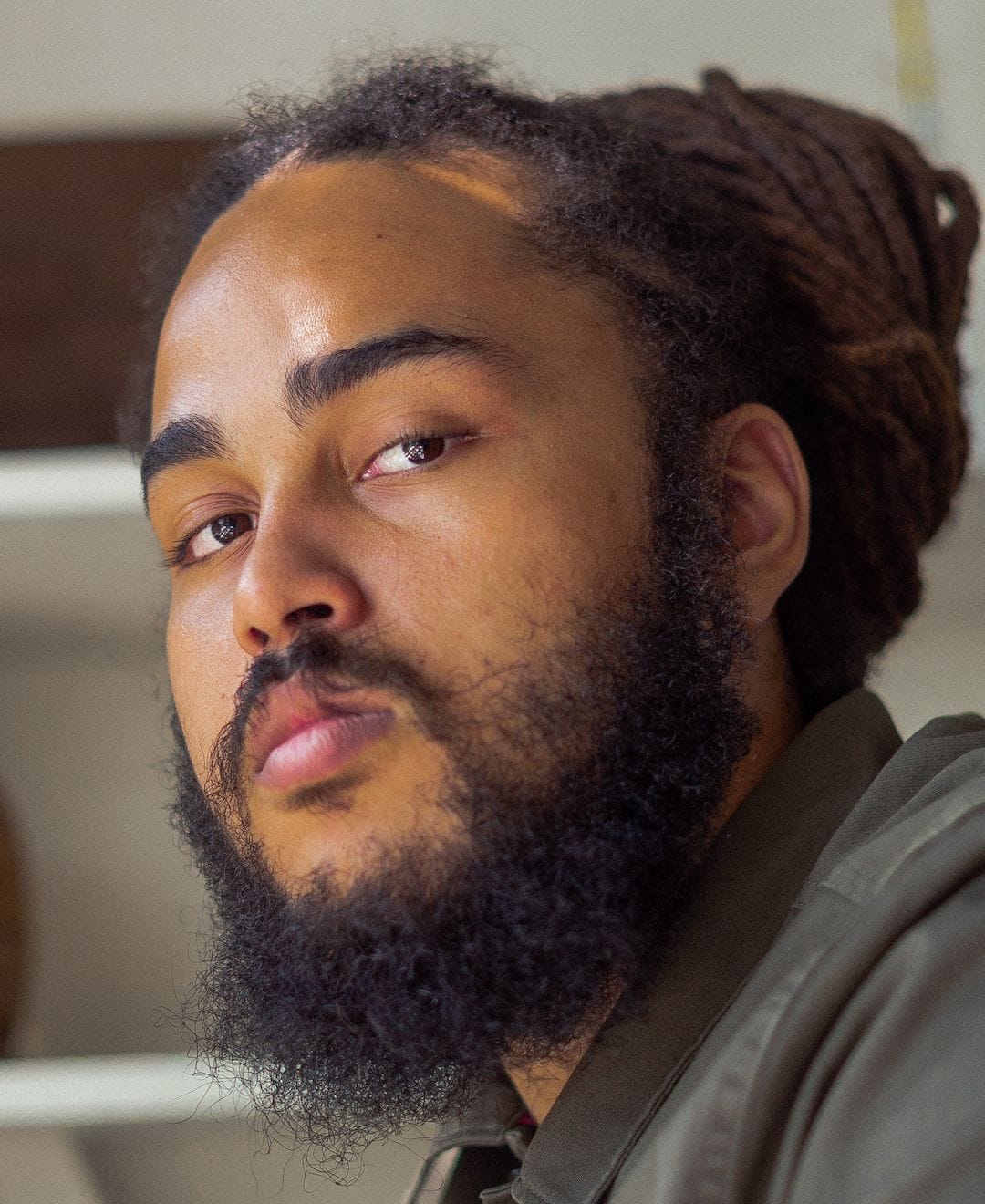 At a young age, Iotosh was given a Casio keyboard from his mother, a preface to his musical journey that began in earnest upon his enrolling in high school. A student at St. Elizabeth’s Munro College, he met Kyraxx, who was a new transfer student from Maryland and had already made a name for himself due to his rapping abilities.

“I dove into being a producer when I met Kyraxx because we both went to Munro at the time. He just came from America and was freestyling everywhere,” Iotosh says. “Everybody knew him as a rapper. At this time, I was making some lo-fi beats, and we were put together by some people that were like, ‘Yo, you make beats. You should probably link with him.’ That was the stomping ground. I was producing, we were making songs together, and that was the genesis for everything.”

Iotosh and Kyraxx’s collaborative spirit was instant. They worked on Kyraxx’s first EP, released in 2015 and titled Waves, 2016’s Waves II, and 2017’s Double Standards. While earlier projects and records are a testament to the producer’s gravitation towards sampling and reverence for hip-hop, the duo has transitioned into a unique fusion of hip-hop and trap bound with Kyraxx’s clever wordplay weaving in and out of Patwa. 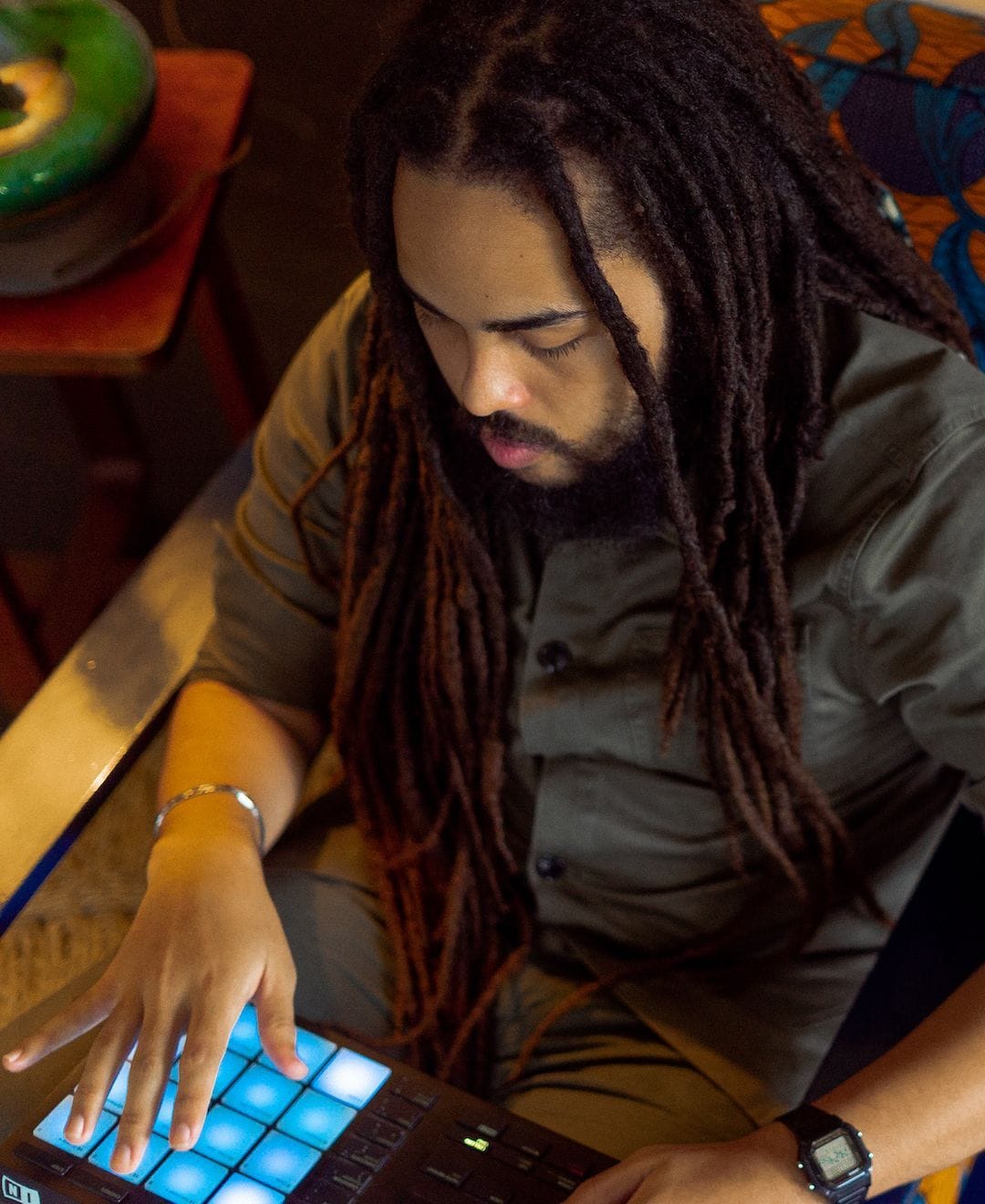 “The main issue is overthinking, especially in this digital era,” Iotosh explains of one of the biggest challenges he faces as a producer. “The possibilities are already infinite, but now there are so many sounds to choose from. You can pick a snare, and there might be a better one out there. There’s always this feeling you can improve on what is there, and what I had to learn to overcome was knowing when it’s enough.”

Iotosh shares the story of crafting Jah9 and Chronixx’s “Note to Self” with co-producer Runkus. At one point, the two thought they were finished with the production aspect of the single and were just waiting for Chronixx to record his portion. Upon recording, Chronixx suggested including a bridge. They worked on chord progressions and tinkered with it until Runkus suggested to layer it with an additional sound that the two went back and forth on.

“[The additional sound] stayed in the final version, and now I understand and appreciate what it’s doing in there,” Iotosh says. “It’s this weird sound, like a haunted-movie kind of vibe, but it played a role in the sound. I think [Chronixx’s] exact words were that it kind of gives tension. The song is like you’re feeling stressed, feeling depressed, you’re feeling down, but then the chorus comes around and says, ‘I’m going to be okay.’ Throughout the verses, you have this song that’s bringing tension, and then in the chorus, it releases, and it makes sense. I was like, ‘Wow, this was a good idea.’”

For Iotosh, this work will all be a part of his own and Sound Ting’s legacy. Of course, the producer wants to continue to create alongside other artists, but his true desire is to expand the label’s catalogue. Conceptualized by Kyraxx, Sound Ting was originally supposed to be a signifier of when the two worked together, but they saw the potential for it to be much bigger.

“As we grew more into the industry, I recognized Sound Ting can be a brand,” Iotosh concludes. “It doesn’t have to just be when [Kyraxx] and I work. It can be a whole label. Anything I produce can be Sound Ting. Anything Kyraxx releases can be Sound Ting. It can just be an umbrella for so many different creative ventures. 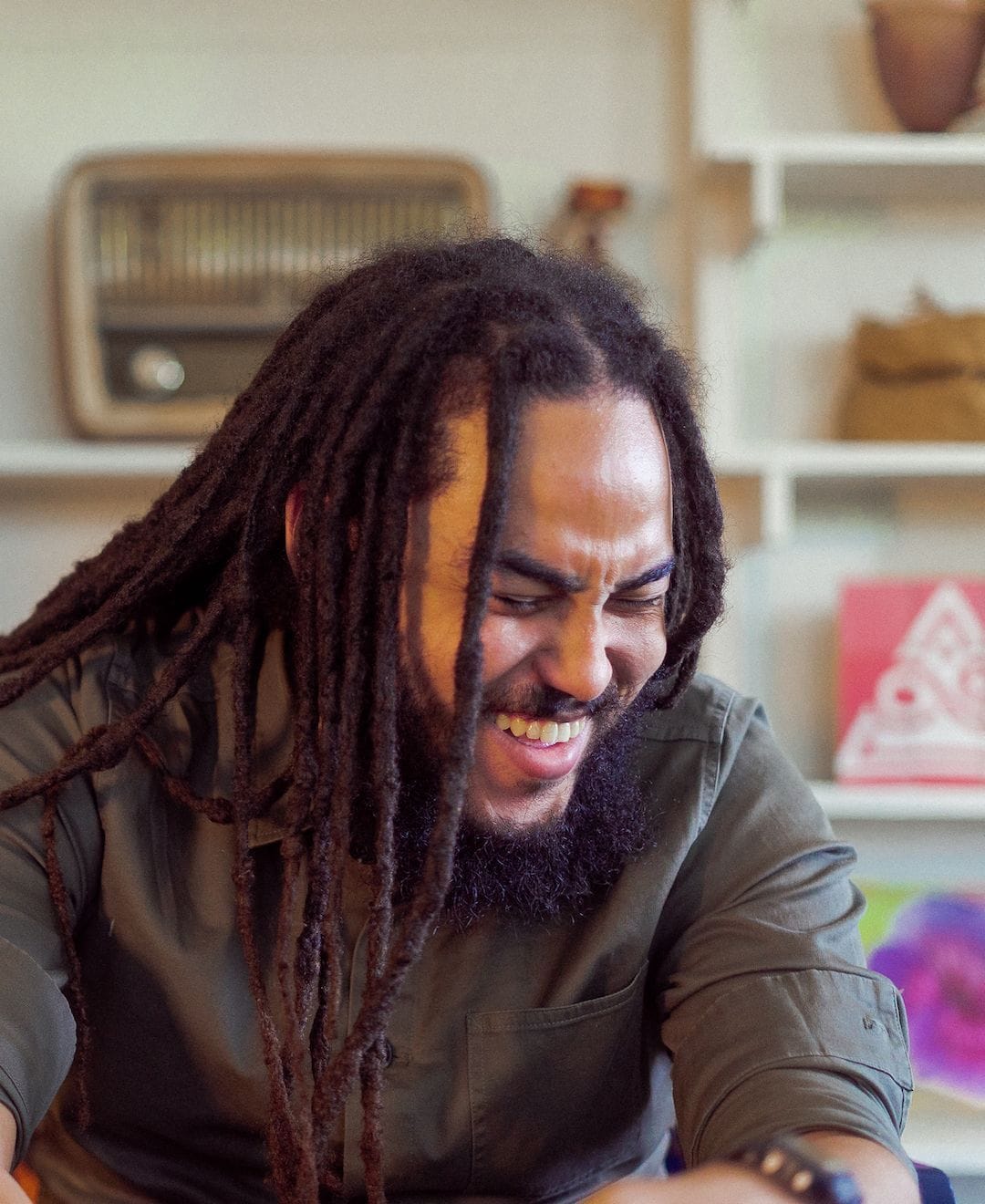 “The vision for it right now is not just to be a label, but to be a whole media house. Eventually, I want to get to a point where I’m not the sole producer and not the only one making the beats. I [want to be able to] bring in somebody else and executively produce a project but release it under Sound Ting.”

Ever mindful of his pivotal position within the scene and navigating with a collaborative spirit, Iotosh’s production is coloring Jamaica’s vibrant sonic palette.