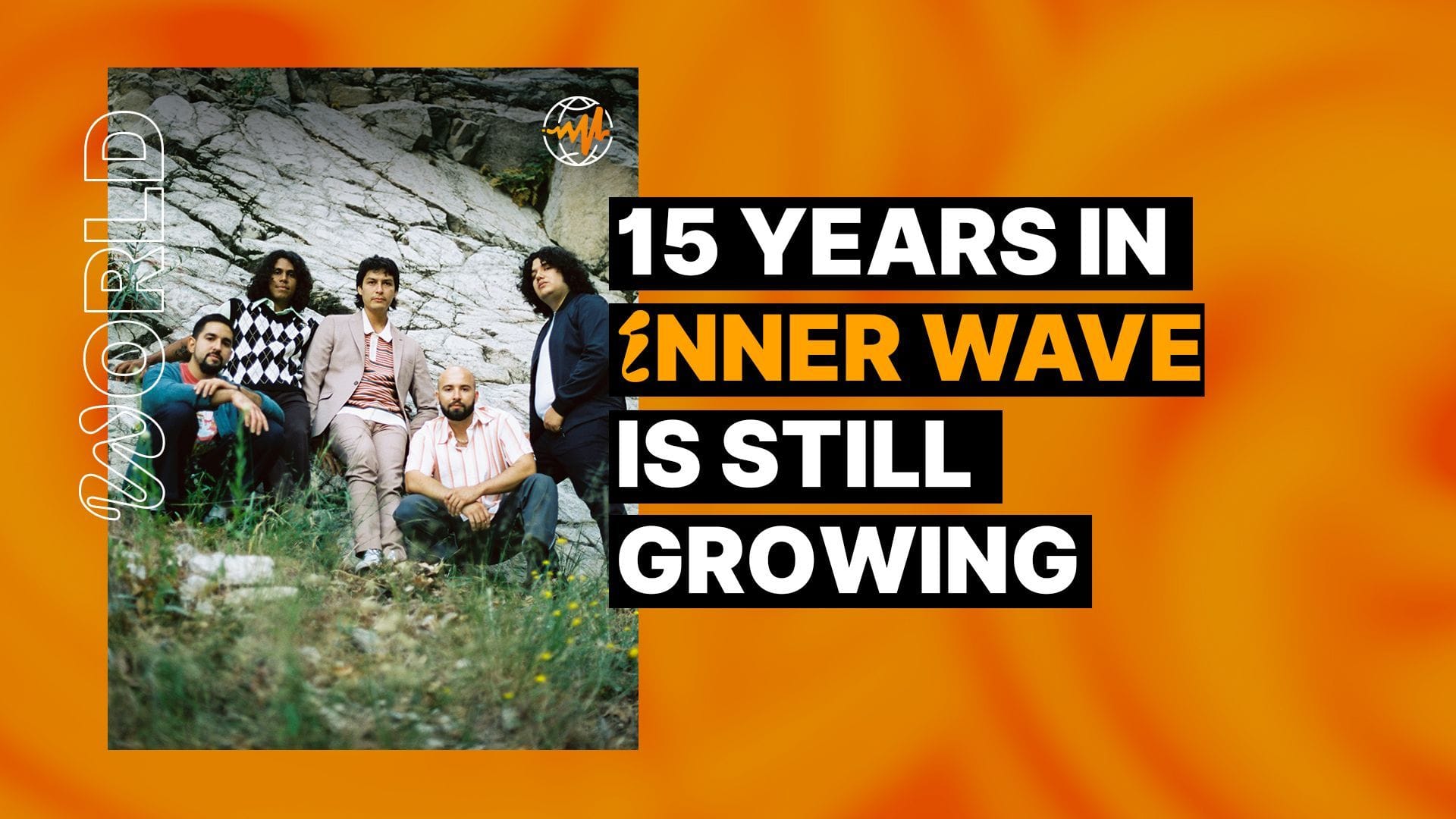 Apoptosis is a biological process in which cells die as a normal part of an organism’s growth. It’s also the title for the most realized album from Los Angeles-based quintet Inner Wave. The band—featuring guitarist-vocalist Pablo Sotelo, Elijah Trujillo on guitar, Jean Pierre Narvaez on bass and vox, drummer Luis Portillo, and Jose Cruz on keys—once known for electronic flourishes, spent the height of COVID refining their lineup as well as their sound.

“Every time we start writing, I feel so much excitement from all the new licks or chord progressions, beats, or rhythms we can come up with,” Narvaez tells Audiomack. “Just the other day, we jammed for the first time after a month: Pablo, Eli, and myself. We made a little demo on a phone, and it was cool. We’ve evolved and this little sound we captured is a little glimpse of that evolution that’s to come.”

Sotelo, Narvaez, and Trujillo—the core trio who have been playing together for 15 years—leaned further into the aesthetics of old National Geographic magazines and lush landscapes. The results are an astounding collection of songs dealing with death and rebirth, with the process of letting go. Apoptosis is Inner Wave’s strongest record, begun in Sotelo’s garage-studio—affectionately referred to as The Swamp—and completed in Cruz’s live-in studio in a two-week span. From tape machine demos to the final cuts, these songs bring to life the feeling of trying to hold a fistful of sand and resigning yourself to the truth that our need for control only hurts us in the end. 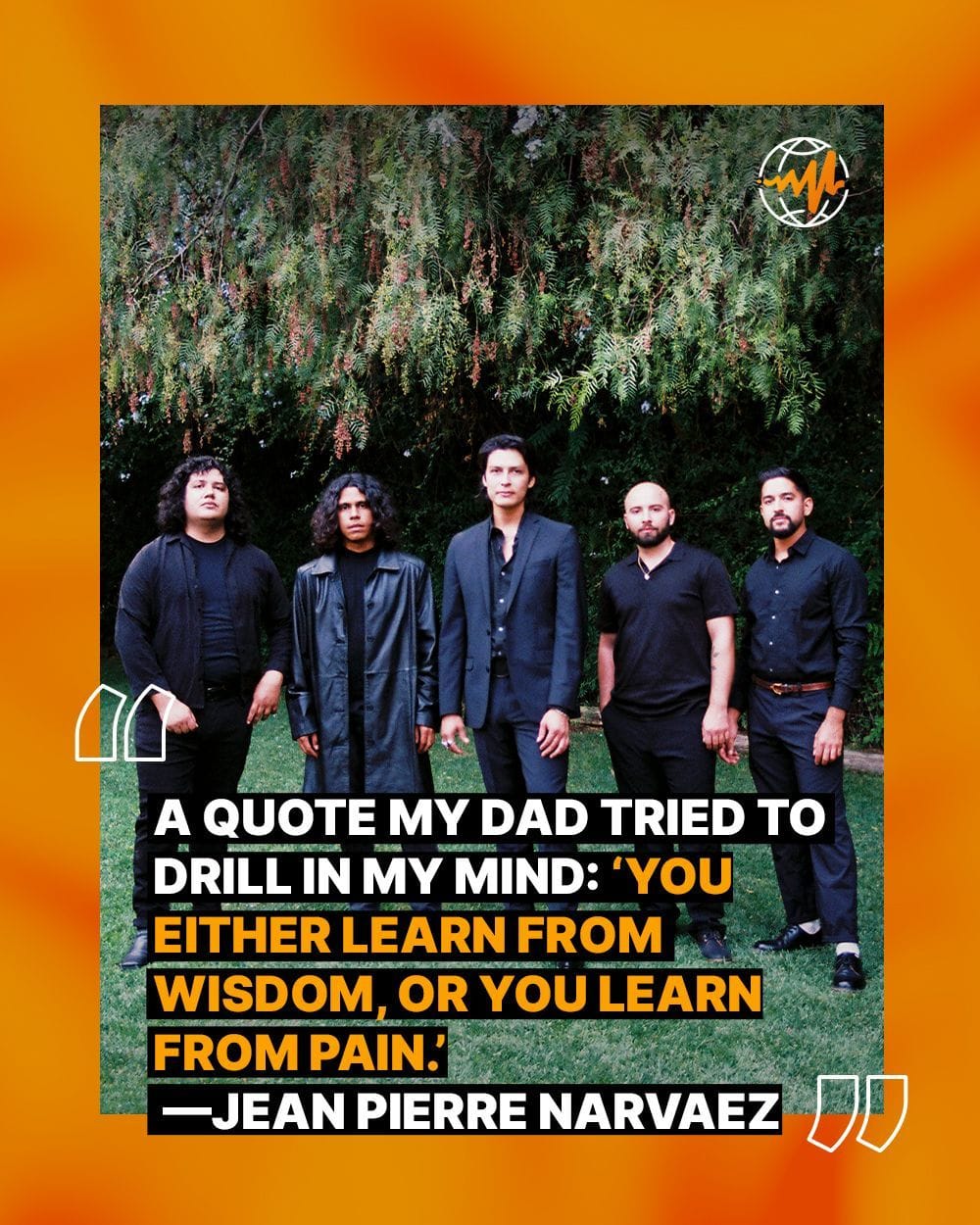 In the months leading up to Apoptosis, though, Inner Wave dealt with the inevitable highs and lows of the music industry, paired with the overwhelming anxieties of the pandemic. “Beginning of the pandemic, we let go of our old keyboardist, management, and were pretty much on our own,” Trujillo says.

“I was in a very weird spot; I ended up getting COVID in December of 2020, and thankfully it wasn’t that severe for me,” Sotelo adds. “Just the idea of having it in a time where if it did get worse, there wasn’t a lot of resources or help—it felt pretty surreal. A lot of that created feelings of anxiety within me. Now, I’ve been working on myself and been going to therapy for a long time.” Drummer Luis Portillo also contracted the virus, and thankfully both members recovered.

Yet, these trials ultimately strengthened the band. Narvaez cites the group’s emotional maturity as a tether. Despite the pain of the last year, bandmates supported each other and provided a natural balance. Eventually, things evened out for the best. “Domino effect is a pretty good way to put it because everything fell into place,” Trujillo says. “At the time, Jose Cruz was our sound engineer. He came to one of our practices and he started jamming with us on keys, and that fell into place. We got this tape machine, and we had that in our studio for the first time. It was a whole different process and recording on the tape gave this really warm, vintage-sounding demo we’ve never had before. That snowballed and created the vibe of the album.” 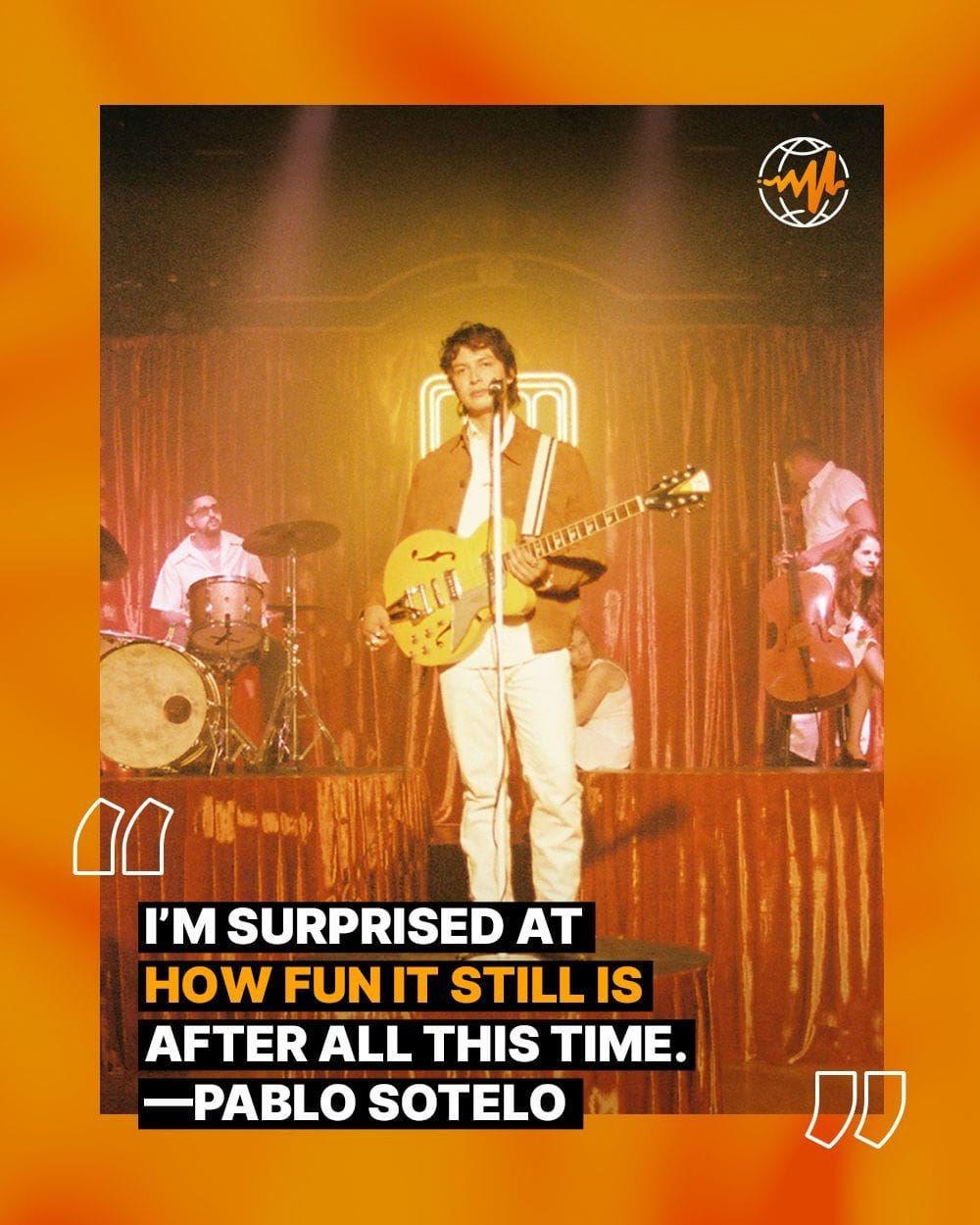 The demos were created day-by-day—around three to five hours per song—back at the Swamp. Seventh track “Nature” was the guiding light for the record. Sotelo notes the song’s dreamy atmosphere helped him envision and curate the direction of the album and Inner Wave’s broader sound. On its own, “Nature” enters uncharted waters for the band, with layers of harp and acoustic guitar veering so incredibly far from the more static-y feel of 2020’s WYD. The song, and Apoptosis on the whole, feels like the great moment of relief when you complete a hike and the payoff of the view comes fully into frame.

Moments of relief and the pain of growth helped define Apoptosis. Narvaez proudly calls himself the “number one advocate” of letting things go and moving on. Always in search of his next chapter, and welcoming new inspirations, he invokes his father: “A quote my dad tried to drill in my mind: ‘You either learn from wisdom, or you learn from pain.’ I see both sides. I know where I’ve grown from wisdom or pain. For this album, there was a lot of both.”

“It wasn’t as much a letting-go, as opposed to growing into a more mature self. I guess they go hand-in-hand,” Trujillo says. “Before this album, we were going in a more electronic and produced sound. With the pandemic and everything, the way we jammed afterward, it naturally fell into this more nature-y and band-sounding type of sound. We were introducing ourselves into our next stage: the dynamic, the sound, the feel of everything, even just the structure of the band with our management and team. We’re finally finding the right people that would be able to give us a better platform.”

So much of Inner Wave’s grooves come from the sheer respect the core trio has for each other, and how that admiration influences their jamming. After 15 years of playing together, the guys agree patience and empathy are the key lessons learned. They seem to hint at the language they’ve built between themselves, and how they’ve grown to understand each other’s subtexts. Nonverbal communication keeps jam sessions surprising and, most importantly, fun.

“I’m surprised at how fun it still is after all this time,” Sotelo says. “I’m surprised at what we can come up with, and also surprised after jamming with other people and going back to the guys, there’s a lot of musical chemistry that has been built up over time. It’s nice to have that connection with another human.”