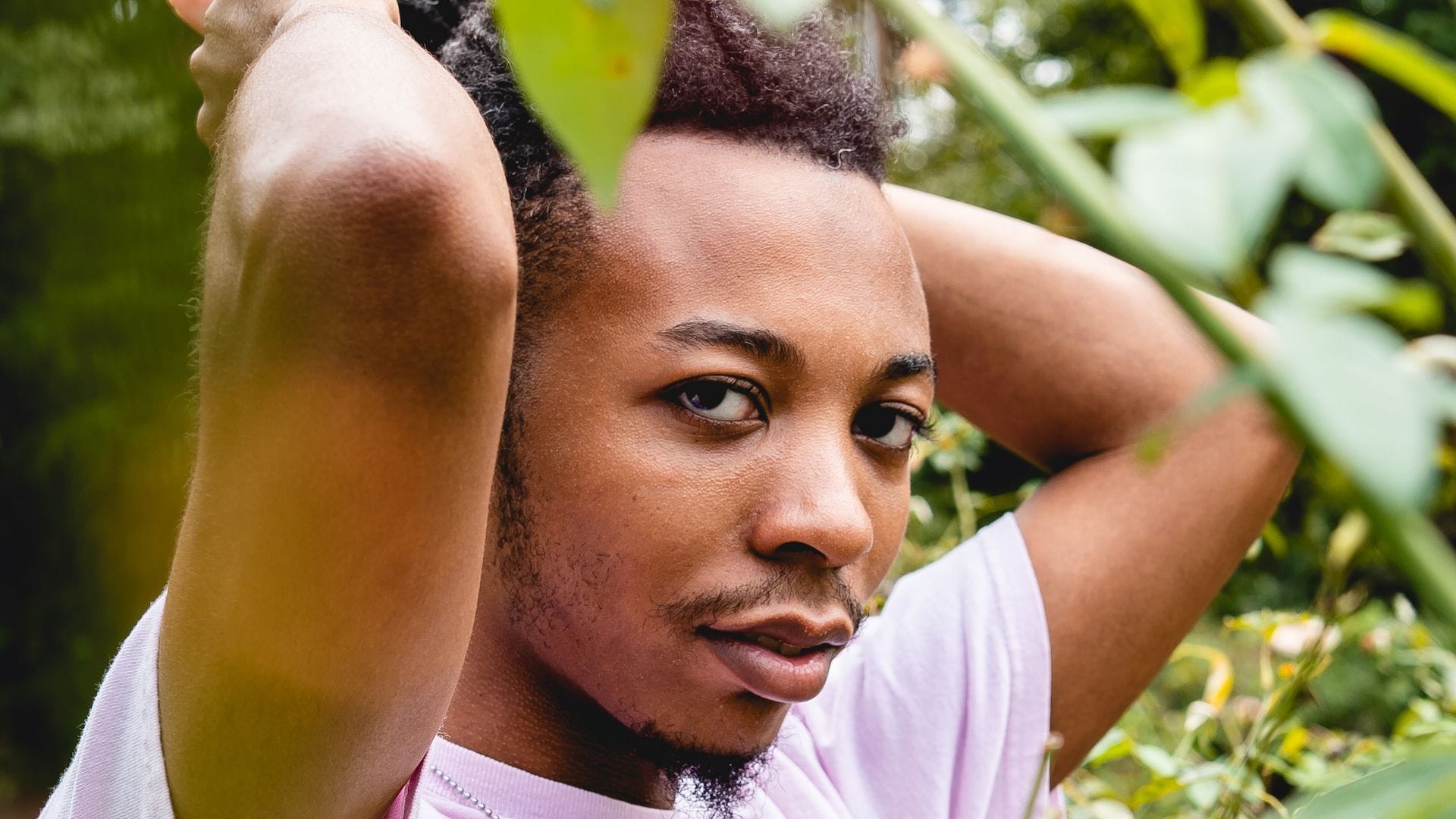 The term “lo-fi” is hotly contested within modern rap music. The general consensus on what it means—and whether or not it’s appropriate—is spotty, at best. Lo-fi is an abbreviation for low fidelity, music featuring imperfections either by circumstance or by choice. Since a lot of early rap was made using shoddy equipment, flaws like tape hiss, vinyl crackle, and minimal mixing made up the aesthetic established by producers such as RZA of the Wu-Tang Clan. Lo-fi wasn’t considered a genre in hip-hop’s initial heyday, but its ethos drove much of the boom-bap being created at the time.

Within the last decade, lo-fi has broadened into its own subgenre. Artists like J Dilla and Nujabes have been deemed godfathers of a movement based on loops and manufactured nostalgia. Its meaning has extended from the grit of its origins to the softer, relaxing loops and drum patterns powering lo-fi playlists the world over. Because of its muddled modern context, some artists embrace lo-fi, some are indifferent to it, and some reject it completely.

Burgeoning North Carolina rapper Illohim—whose latest project, honey, i love, was released on February 21—lies somewhere in the middle. When I ask him how he feels about modern lo-fi hip-hop, he gives a simple answer: “It’s low fidelity, but with intention.” The rapper, who also produces under the name hymnal, adopted lo-fi as an easy descriptor for friends who were unclear on categorizing the brand of thoughtful rap he makes. Since he started making music over five years ago, he’s come to value the spontaneity that powered older rap music and, like many, has developed issues with how the mainstream compartmentalizes the scene.

“I did a little Googling earlier to find what lo-fi means to other people and found an article on Forbes talking about how big lo-fi’s gonna be in 2021, and all the artists they listed were white dudes,” he tells me over the phone. “It’s starting to feel like gentrification of niggas who were trying to make real raw rap sounds in the underground.” 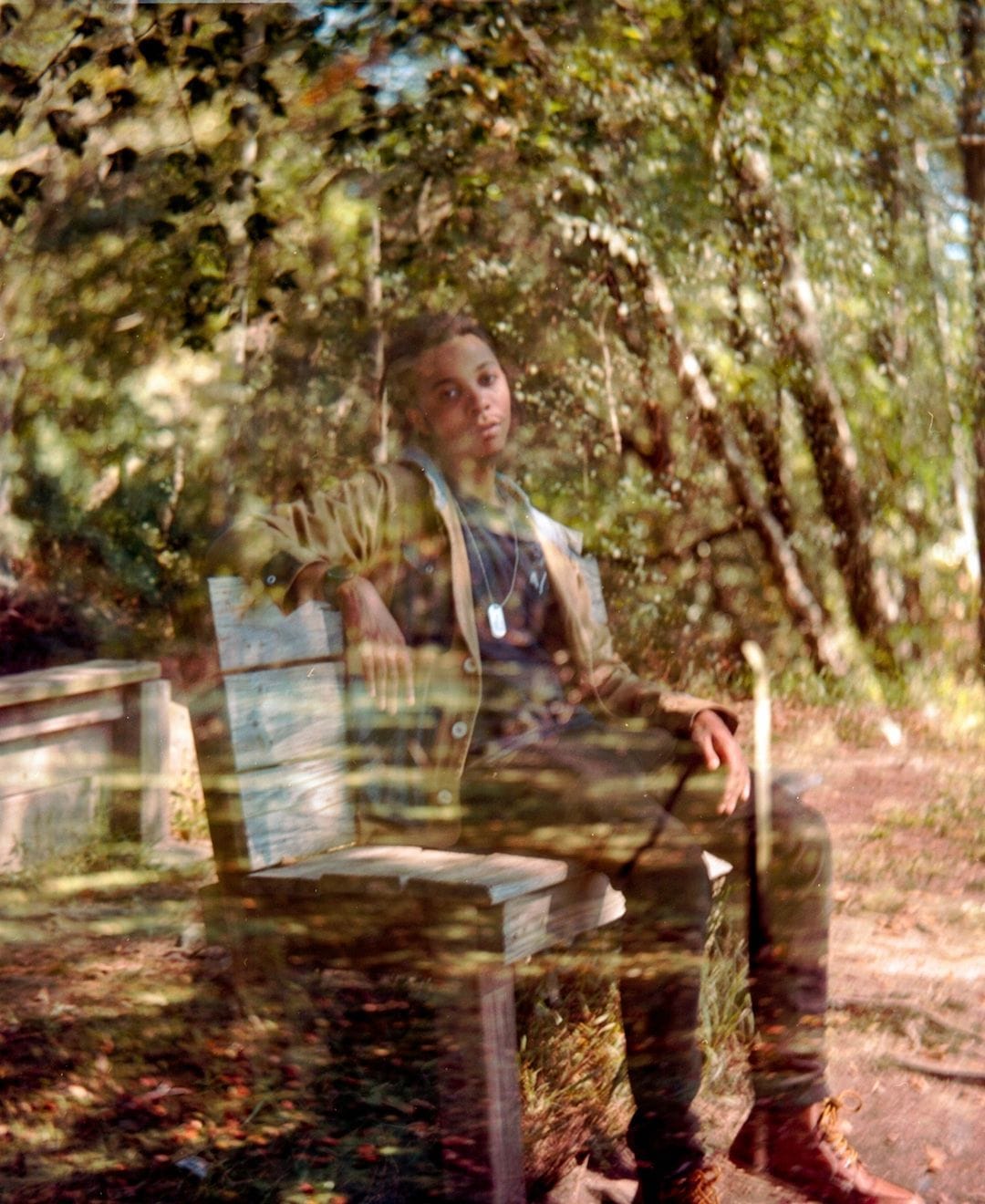 When did you first hear the term lo-fi?

I’m pretty sure I first heard it in 2014. That’s around the time I started to get into hip-hop heavy. I heard it through one of those dumb YouTube playlists or streams or whatever. I had been listening to a bunch of old ‘90s stuff because my cousin had put me onto [A Tribe Called Quest] at some point. I was into that sample-based boom-bap sound. The jazzy samples, the loops; I was loving it. I didn’t have a term for it at the time, and I heard one lo-fi song and was like, “Yeah, that’s probably what this is,” which is the first mistake.

As an artist, has there ever been a time where you’ve described or identified your music or someone else’s as lo-fi?

It was almost an acceptance for me. I was into [R.A.P. Ferreira, formerly known as milo] heavy, and people were associating those sounds with lo-fi. I had no real definition for the stuff I was making, and I realized a lot of my friends had heard lo-fi beats, which had similar DNA. So it just became “I make lo-fi beats,” at least in my closer circle.

I felt I had an obligation to have a word to define what I do. It was a path of least resistance type of thing. I don’t need to define my music for myself, but I understand how important that can be for the listener.

I think of lo-fi in literal terms: music that is, or is made to sound, low fidelity. What do you feel music needs to have in order to qualify as “lo-fi”?

That’s where it gets dicey. When other people think of it, they’re usually thinking this nigga is using a loop or a sample with a very basic drum pattern and a certain texture over the beat; it can be tape hiss, vinyl crackle, or something else to emulate the past in some way. It’s weird because that’s not always intentional, especially not within the history of hip-hop. Like you said, it’s low fidelity, but with intention.

This brings us to someone like J Dilla, whose influence on the subgenre is hotly contested. Some believe he’s a godfather of lo-fi, while others think his music couldn’t be more different. Is Dilla someone you’d consider to be a lo-fi artist?

I turned that thought over in my head because I knew it was gonna come up. Dilla is so important, even beyond hip-hop. He had hands in a lotta different things. That’s part of why it’s difficult for me to say Dilla is some godfather of lo-fi because Dilla was doing so much. He had plenty of loops and things I guess would qualify as lo-fi nowadays, but even then, there was a grittiness, rawness, and soulfulness to what he was doing that you just don’t hear when you turn on “chill beats to study to.”

Some of what Dilla was doing was intentional, and some of it was just intuitive. He grew up in an era where hip-hop was dusty and low fidelity because that’s the history of the genre. People didn’t have access to equipment; we had to steal equipment. It’s weird for me to classify him like that because he wasn’t even doing it intentionally; it was just by circumstance.

Speaking of circumstance, RZA comes to mind. He used fairly basic tools to create music that was so raw and dirty in the early Wu-Tang days. There’s an element of history that’s missing from so many discussions about lo-fi music.

It’s a formless, amorphous term because it gets applied to so many things. For me, that lack of history, especially when it comes to white listeners, is a lot. You look at how quickly the lo-fi boom was picked up by white listeners. I did a little Googling earlier to find what lo-fi means to other people and found an article on Forbes talking about how big lo-fi’s gonna be in 2021, and all the artists they listed were white dudes. It’s starting to feel like gentrification of niggas who were trying to make real raw rap sounds in the underground.

That’s part of what makes conversations about lo-fi so frustrating. There’s a lot of people who lack a fundamental understanding of what it means.

Even deeper, on a technical level, they lack an understanding. I looked up a lo-fi beat tutorial, and it was so basic and lacked so much character. A lot of them are kinda bland and boring right now. I don’t think anything I do sounds this bland and boring. I brought it up to a friend, and she said lo-fi makes her think of beats to go to sleep to. Nigga, I hope my music isn’t putting you to sleep.

Does lo-fi have a visual aesthetic?

Yes and no because to some people, there is a solidified aesthetic. Anything that falls outside of that, they rebuke it. Then, there are people like me who create art and don’t see an aesthetic because there are so many people doing it that you can’t sit here and tell me there’s a specific aesthetic that’s broadly applied.

You have pockets within it that have different sounds. You have the neoclassical boom-bap tethered to boom-bap of the past that’s gritty and honest but has a certain rawness to it. Then, you have the Chilled Cow stuff with the anime girls and loops behind their beats. It feels like there are two directly contested aesthetics. And there’s really even more than that.

It’s almost like lo-fi and DIY have similar meanings attached to them when they’re not necessarily the same.

What I extract from that is the idea of challenging the listener. You think about what lo-fi is kind of in reaction to, and it’s in reaction to a sound that’s gone mainstream and become accepted by the masses. It’s no longer challenging, right? That’s the issue I have. If you’re gonna make lo-fi, which is universally associated with the underground, your shit should be challenging. Not always, but at some point, you should. That’s what the imperfections and inconsistencies do: they challenge the listener’s ear to acclimate to something different.

Many artists take offense to the term for various reasons. Do you consider lo-fi to be a limiting or derogatory term?

In a sense. Personally, it doesn’t matter to me because I’m always gonna do what I want to do. No box can hold me, breh. I’ll continue to do me, regardless of how people define my music. I’d love if more artists adopted that mindset because then they wouldn’t get so upset by things like this. I’m sure if you talked to anybody else, this conversation would be more heated and dismissive. I guess it is sort of derogatory, especially if it comes from white people because I usually know what context they’re speaking in. If I understand the context, I usually don’t get upset. But if I can tell it’s different and it brushes up against my context, I do get a little bristled about it.

Lo-fi is sure to mean something different to Chilled Cow than it does to someone like, say, Earl Sweatshirt. As an artist, what does “lo-fi” mean to you?

It means accepting imperfection in the work you do. And to keep it real. Simple as that. That’s the only terminology that will ever make any sense to me.