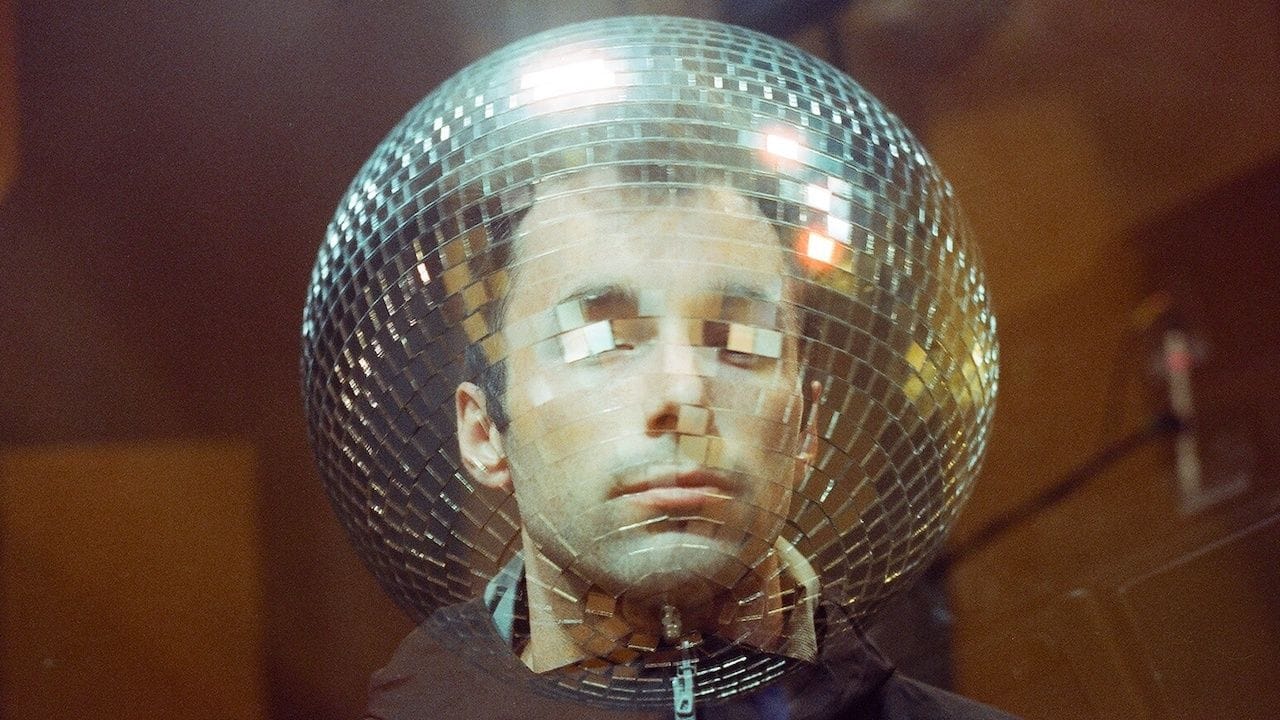 Memphis native Healy deals in tenderness. Armed with a soft voice and gentle imagery, his June 2017 debut album, Subluxe, is recognized for its warm and nostalgic tones. The singer-songwriter taps into hyper-specific memories, which just so happen to be universal in their delivery. Released during his second year of medical school and named for subluxation, Subluxe was meant to chart different points in a character’s life as they embark on a journey of self-discovery. Drawn to an array of samples and warping sound bytes, Healy’s first album established him as an artist’s artist obsessed with craft.

Nearly four years later, Healy returns with his sophomore album, Tungsten, released on January 13. The RCA signee relies on an escapist approach for making music, often taking trips to Joshua Tree to tap into his creative sphere. Specifically, “Second Wind” was recorded during a two-week Joshua Tree stint in February 2019. Too, Tungsten deals with themes of time and perfection, as on “Nikes On” and “Back in Time.” Listening to the album, there’s an overwhelming sense these songs are precious to Healy, who uses Tungsten to work through ego and humility.

Having grown up listening to Lil Wayne and Kanye West, in addition to ethereal melodies, Healy delves into the world of hip-hop productions and deploys familiar rap percussion elements to fill out Tungsten. “Second Wind,” in particular, features a satisfying vocal manipulation popularized years earlier by a younger A$AP Rocky and breezy flows, paired with the tender tones of Subluxe.

Tungsten wrestles with the notion of impermanence. How do we accept life as fleeting but also make it count? How do we appreciate the now while also looking towards the future? These are the questions Healy muses over and the very fabric of his sophomore effort.

It’s been nearly four years since the release of your debut, Subluxe. Was there any moment where you were worried there wouldn’t be a sophomore album?

I always knew there was gonna be one, but up until yesterday, I was prepping myself to… Not to be forgotten, but I sat with the music so long I became inert to it, or callous to it. I always knew it would exist, but the uncertainty of the outcome was always looming.

I feel like you have this escapist approach to music, where you have to step away from your comfort zone to make good art. Can you speak to that approach?

There’s a theme of fear-avoidance present in the entirety of [Tungsten], but it didn’t start that way. I started to pick up on the fact I was making songs, and none of them were necessarily minor in tone. They were tonally very major and very pretty. I leaned into it, because [from] the end of 2018 until now, less so now, life has gotten complicated. It’s gotten exponentially overwhelming. So I leaned into the music to find a sense of comfort and a sense of closure. To confine myself within these boundaries of something familiar, something I know was always gonna be there to catch me. 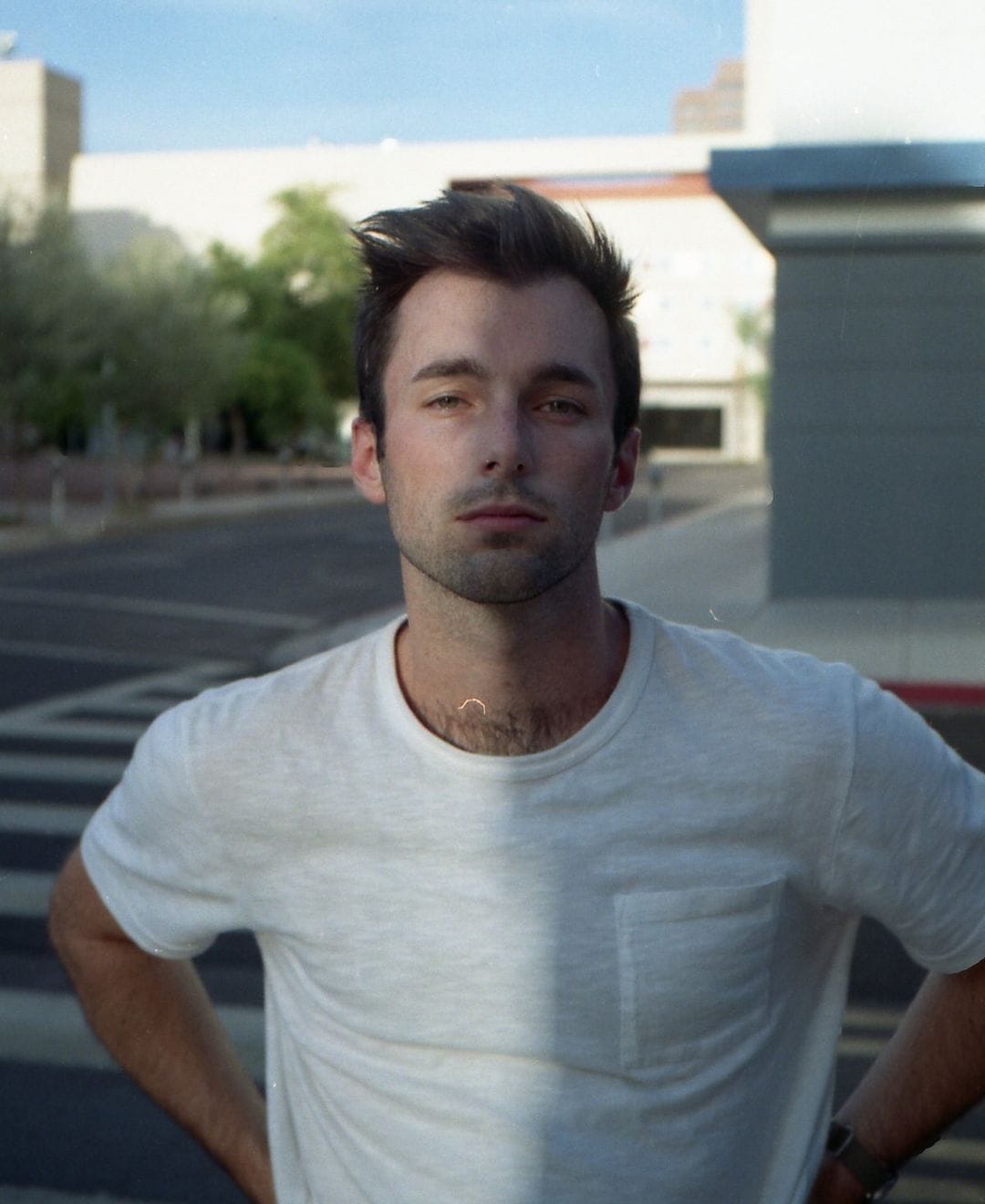 Was this album your emotional safety net?

It became that. It was kinda two-fold because it would make me happy to listen to it. Also, it was a canvas for a lot of insecurities and a lot of things I was finding out about myself, about parts of life I was having trouble negotiating. The foothills of life I was having trouble scaling. It definitely became a safety net of sorts. I think I leaned too far on it because there came a point where I became complacent, and things were stagnant for a while. I had to step back outside of the demos and remember why I was doing it. And then get to the finish line.

Which song on this album felt the most like a puzzle, and how did you solve it?

Half the songs I write are puzzles! It’s binary, for me. It’s either “Everything’s Fine,” where I’m in my room, home alone, and this idea just falls out of me and is done within 30 minutes. Or a song like “Nikes On,” which is a puzzle. It started in December of 2017 and didn’t finish until August of 2019.

I like to let life and nature leave their inflections on music, and I really go with my gut. If I’m forcing something or things aren’t falling into place, then I just need to live a little longer. That could be a fancy way to say I procrastinate. “Part of Me” was definitely a puzzle. I started that one in October of 2018 after seeing this opera at the Met. I’ve never been to the opera before, and it was so crazy to witness. So much control and so much art, I was inspired at that point. Then I didn’t know what to say for the second half of [“Part of Me”]. It is that acceptance of impermanence.

Tungsten wrestles with the idea of life and time as fleeting. What were some of the essential questions you posed to yourself while making this album?

I’ve read a lot of Alan Watts during the first half of working on the project. So, I started asking myself what it meant to be effortlessly present and effortlessly aware, to the point where you’re not looking back or ahead. From that, leading into what parts of myself am I at war with, which make me look back or look ahead to the point where I’m not happy?

It proved to be a super cathartic process because I learned more about myself over the course of making this project than I have in a while. I definitely addressed some of the parts of myself I have been ignoring or suppressing for a long time. It provided me with a different perspective of myself.

You are obviously obsessed with craft and meticulous with your music. Has your perfectionism ever come back to bite you?

Absolutely! One, I appreciate you appreciating that. I’ve been going to therapy for perfectionism, and I think… It was a nice exercise in disassembling those faculties. A lot of music is—some of those songs are a minute long! Two, three years ago, I was looking at myself like, “I’m never gonna do that!” [Tungsten] was a fun, relieving process to be able to put some of that anti-perfectionism into practice.

When it came down to mixing the project, I had a heavy hand. The guy I was working with let me come back with 14 revisions. I got an email on the 10th, “Hey, man, just a heads up: I get it. But hopefully, we can wrap this thing up soon.” I was so embarrassed! But I can’t help it. I just have sharp attention to detail. I’m super careful with all the sound selection, and every section is thought out and planned out. It definitely bites me in the ass. I’m working on improving.

On your microsite, there’s a great line where you say, “I’ve been working toward finding a balance between humility and ego.” Can you talk to me about that balance?

I used to be really, really selfish. I used to be really self-centered. Remembering and knowing there are infinite centers of the universe, and yours or mine isn’t the only one, is super important. That plays a role in the balance. At the same time, I’ve had to lean into gut decision-making and remember I’m here making this art. I don’t know how it happened, but every time I look down at where I am, it reminds me of how long the journey has been. And just how long it could be. There’s something to be said for that.