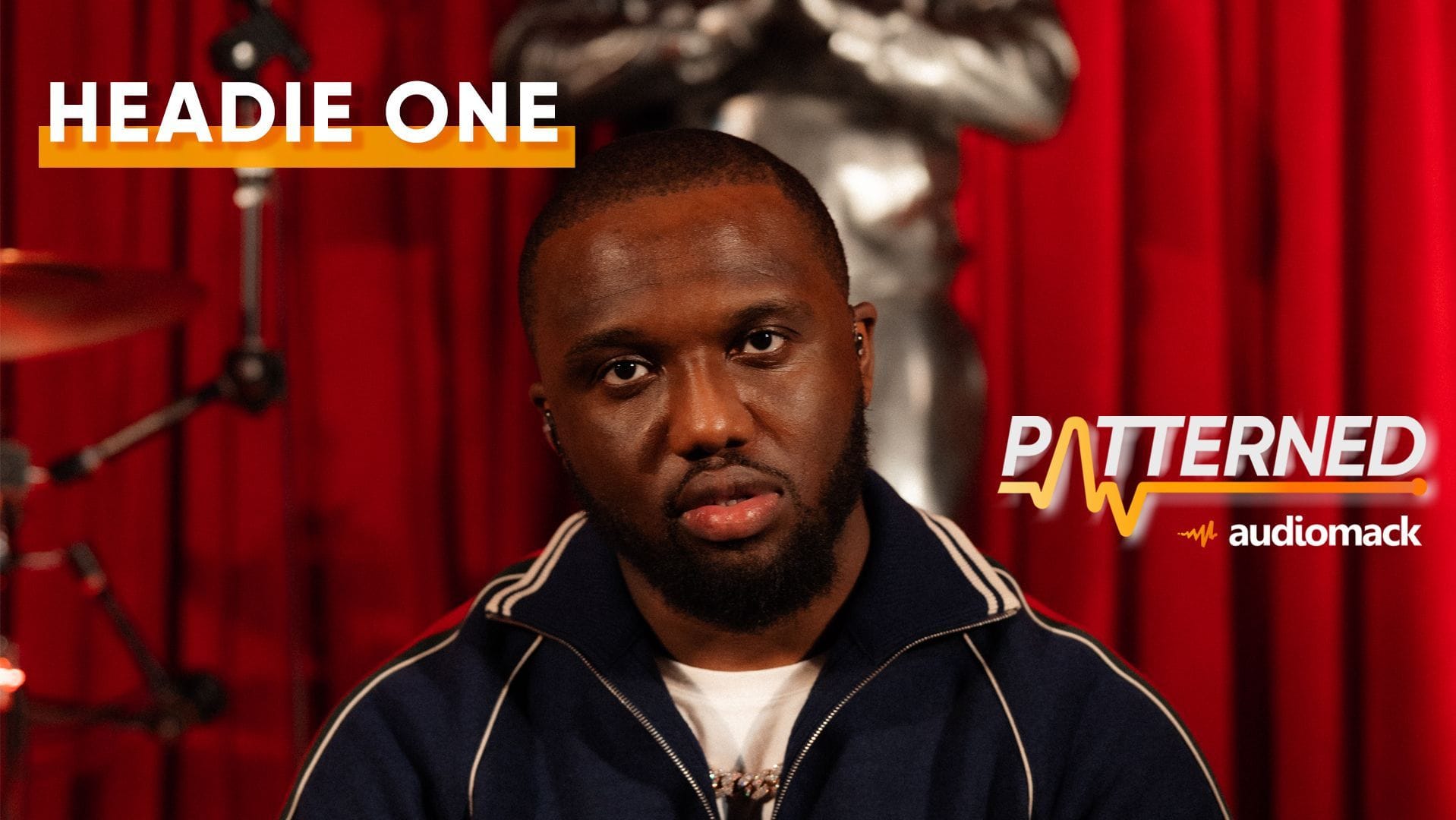 Welcome to Patterned, Audiomack’s new video performance series connecting your favorite artists with music’s heartbeat: percussion. Centered in the UK, the series showcases the musicians’ biggest hits, enhanced with live instrumentation arranged to highlight the synergy between the vocals and percussion.

Headie One is a North London icon. First gaining traction in the hip-hop underground with a series of mixtapes and loosies, the Ghanaian-British rapper’s signature sounds have crossed oceans and cemented Headie’s name as a vanguard of UK drill. Whether he’s collaborating with fellow UK rap stars like Stormzy and Dave, or going bar-for-bar with Drake, Headie’s precise lyricism will be talked about for years to come.

On the premiere episode of Patterned, Headie One performs a medley of three standout hits from his 2020 debut, EDNA, to coincide with the album's one-year anniversary. Backed by MckNasty on the drums, Headie performs redemption anthem “Teach Me,” the voracious “Bumpy Ride,” and the AJ Tracey and Stormzy-assisted “Ain’t It Different.”

On October 1, Headie One released his latest mixtape, Too Loyal for My Own Good.