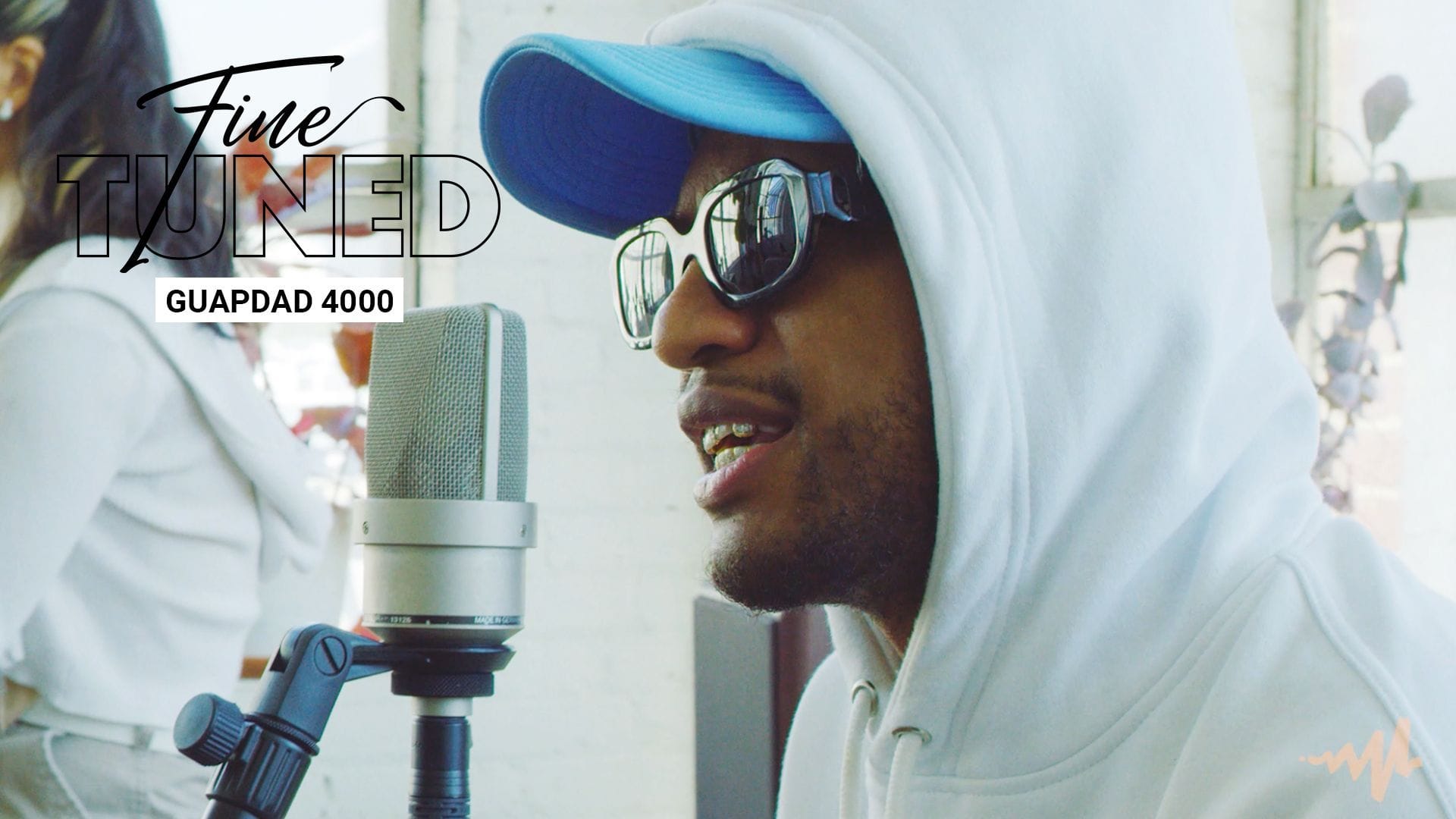 Oakland native Guapdad 4000’s star power is undeniable. The scammer-turned-rapper stepped on the scene in 2017 with the release of his debut mixtape, Scamboy Color, winning the hearts of a new generation of hip-hop fans.

In 2019, Guapdad 4000 became a hip-hop household name, collaborating with Smino, Buddy, and JID, and making an appearance on the venerable Revenge of the Dreamers III album. Since then, Guapdad’s star has continued to rise with a slew of singles and EPs under his belt, most notably his 2020 EP, Platinum Falcon Returns, which was released to much fanfare.

For Fine Tuned, Guapdad performs a stripped-down rendition of his 2020 single “Alpha,” backed by live harp from Sara Kawai.