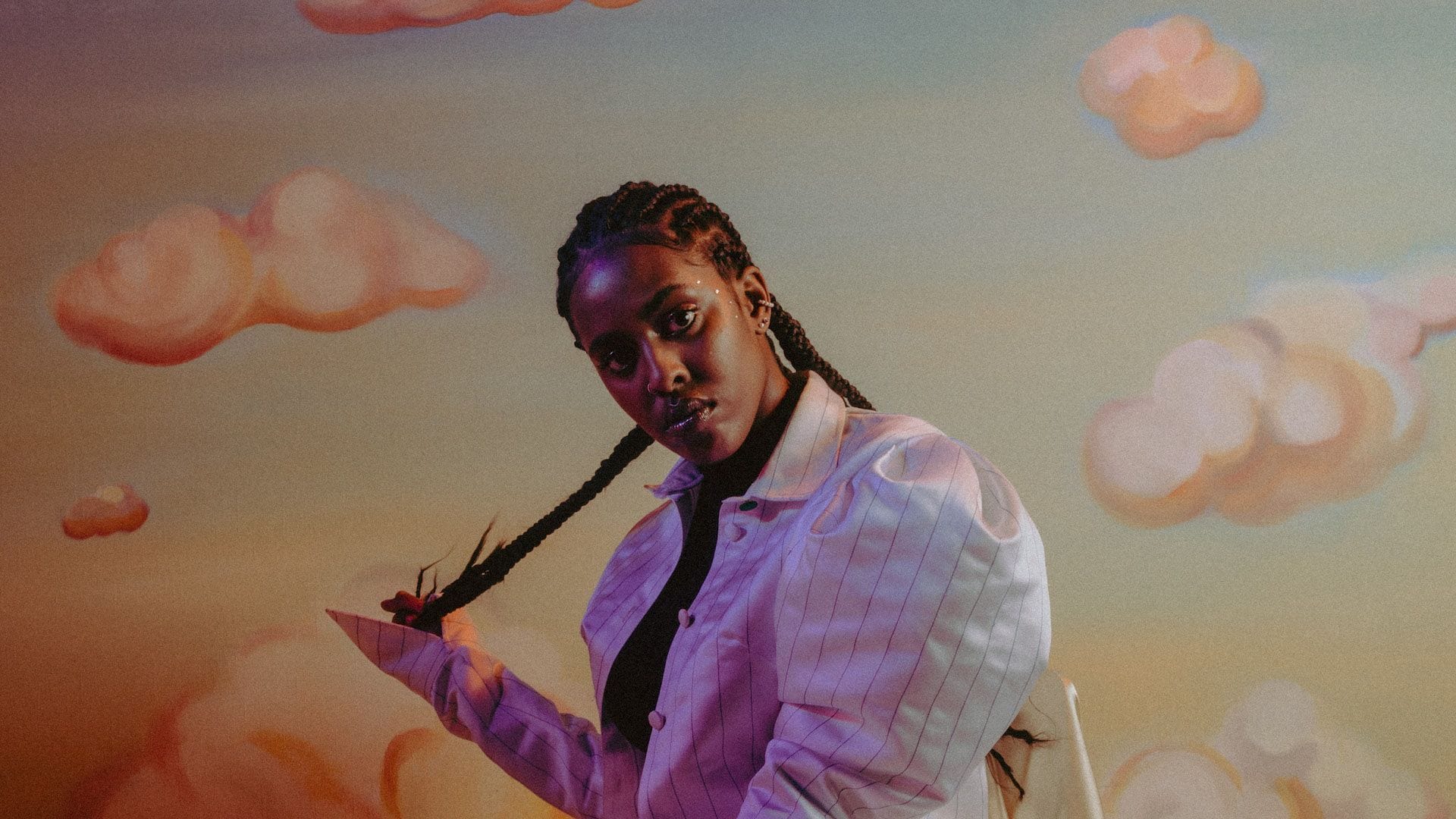 Dutch-Sudanese singer Gaidaa has the silkiest of vocal tones. The opener to her debut EP Overture, “I Like Trouble,” slinks forward and blooms open while Gaidaa delivers an irresistible mix of contemporary R&B and jazz singing. As “I Like Trouble” was written to fill an opening set for Bas, and proves her to be a writer’s writer and a positive delight to the ear. 21-year-old Netherlands-based Gaidaa has a natural talent for touching the masses. We first saw this talent in 2017, when she covered a Kehlani song, which brought her to her producer Full Crate. The pair made “A Storm On A Summer’s Day” in 2018. It was a smash.

Though Overture was meant to be released in August of 2019, as Gaidaa herself has admitted, the universe has its own plan and is usually right. Overture is an incredible show of vulnerability for the artist and proves the age-old truth of vulnerability as strength. Overture may be Gaidaa’s “reintroduction” to herself, but any listener will leave feeling more secure.

Overture features meditations on growth, smooth instrumental movements, and Gaidaa developing her sound song over song. Clocking in at 26 minutes, it’s easy to get lost in her soundscapes and achingly honest writing. Standout “Ride My Way” illustrates the great dichotomy of our human condition: “Try to be open, by still tryna be strong.” In nine words, Gaidaa sums up one of the most unwieldy battles we face as feeling folx.

How long did it take you to find your voice and style as a singer?

I’m still, as most of us are, figuring out what my sound is or how I’m singing. Maybe a lame answer, but I don’t really know what I’m doing! I’m inspired by a lot of different things, and I don’t like for things to be typical. I want my music to feel honest. I don’t have a specific thing I’m going for. I’m quite open to what I sound like. 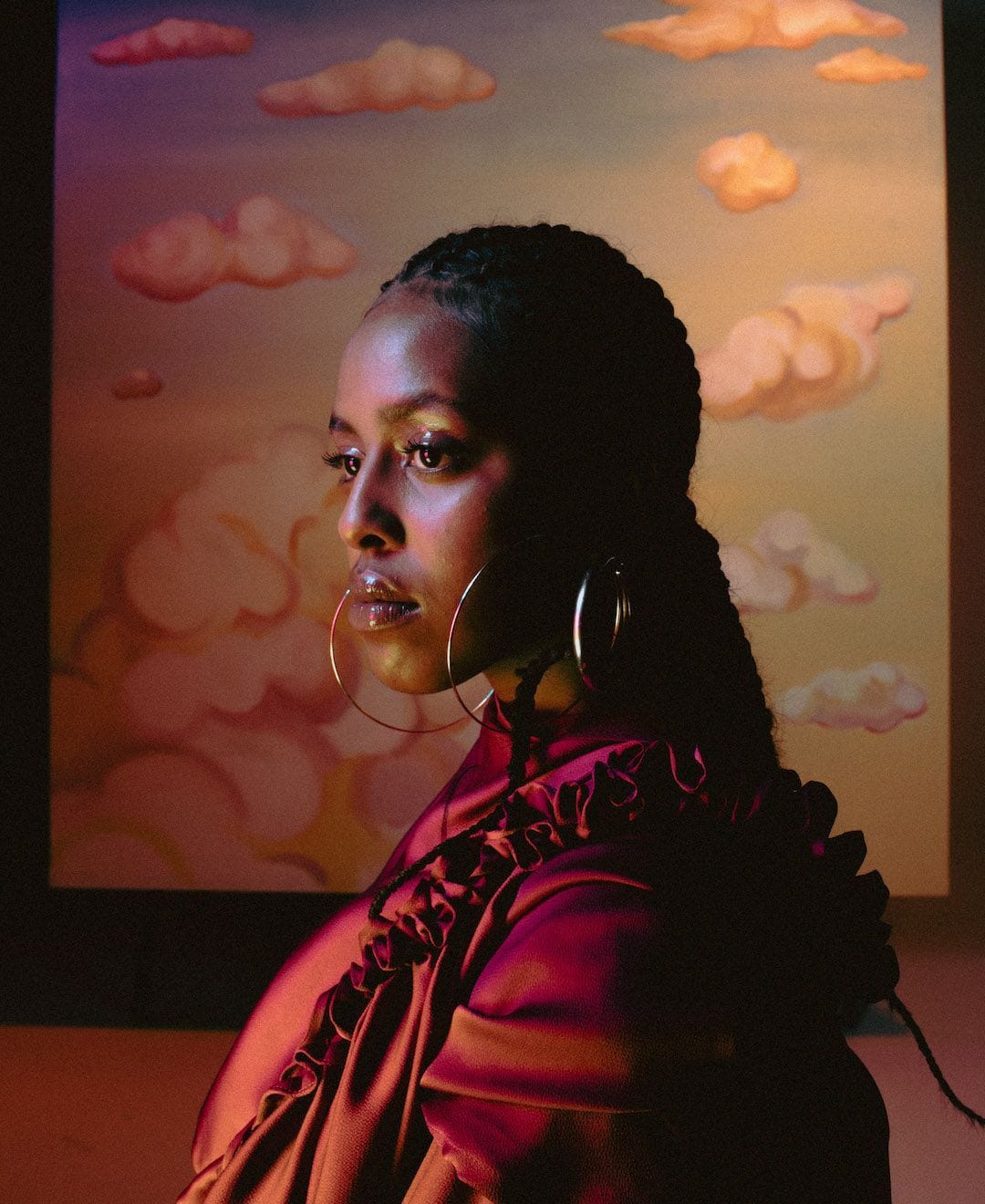 Your music and your influences (Lauryn Hill, Frank Ocean, etc.) demonstrate the power of vulnerability. When did you realize the strength that comes with being emotionally open?

When I allowed myself to be [open]. In life, my biggest struggle is to be vulnerable. So I make an active effort to be vulnerable so I can cope. I’m anxious and bad at dealing with myself, so my music is allowing me to have a space to deal with things.

I realized [vulnerability] made me strong when it made me feel better. I come out better once I let myself be. The best things come when you’re just being.

Can you walk me through the timeline of “being” that made Overture?

Overture was a pretty organic process. I didn’t know I was making it. Every kind of person that came on my path, I was lucky enough to be around as they let themselves be vulnerable. I had to find a way to find my voice in the studio and be assertive. It was super hectic because I was making music and meeting people, but “This is gonna be Overture,” that didn’t come for a while. It came as a collection of me making friends and learning things, and letting myself have real conversations and real moments.

Just being was critical. Every single song started as a freestyle. It was in a different place, with a different person, that had a whole different story to tell. Sometimes I find it difficult to pinpoint what exactly went down. It was a chain of events that only made sense in the end.

The project guided you?

Oh, 100 percent. I don’t choose the songs I write. I freestyle, and whatever the moment is, is the moment. I listen back and let the song tell me the things I’m feeling. It’s a matter of tapping in, and I got better at tapping in by allowing myself to be more and more vulnerable. I’m actually really, really shy. I didn’t know what space I was allowed to take up in the studio.

I would’ve never guessed you don’t know what space you deserve.

That’s funny. I definitely wonder how people perceive me. I actually struggled with speaking up in the studio because I didn’t know how to word [what I like]. Initially, I was letting a bit too much just happen. But for Overture, I have no regrets. The process taught me how I want to operate.

Let’s talk about “Ride My Way,” it’s my favorite…

Oh, that’s my mom’s favorite, too!

Could you break down the making of that track?

“Ride My Way” came out of the same session where “I Like Trouble” came out, the initial freestyle. My guitarist, Maria, we didn’t link up for ages, and then we just wanted to make music. “Ride My Way,” we performed it so long acoustically before we recorded it to any capacity. This song resonates a lot with me now, even more than when I wrote it. It’s just me reminding myself to chill. Reminding myself, I don’t need to worry about 530 extra things. It’s a letter from me when I’m in a good headspace to me when I’m not, reminding myself life is good and showing myself a little bit of love.

It almost didn’t make it to the project. I recorded it and liked it, but I was so used to performing it that it wasn’t hitting the same way. In January, or something, it was my first-ever Bas performance, and I had a 45-minute set. Did I have enough songs? No, of course not! We had so much fun performing “Ride My Way.” It was fun in the end, and I’m happy the song made it because now it means quite a lot to me.

Is there anything about the prospect of fame that scares you?

I mean, everything! Fame is shitty as fuck, dude. What is fame? Being known? Getting recognition is great. Appreciation is great, but fame? I don’t think I would handle it well, but I have good people around me who would make sure I’m alright. I’m too awkward to know how to “fame.”

When I went to Sudan, it was my first performance at my home, you know? Dude! There was people asking me for photos. I didn’t know how to respond. It’s super flattering and insanely humbling.

My washing machine is broken! Who am I? I’m just trying to live my life and make music. I don’t want anyone to put me on a pedestal. I’m a human being who makes music. I hope that stays at the forefront. I’m not trying to be anyone’s idol.

What do you hope never changes about you?

Damn… I quite like who I am. I hope I don’t become an asshole; I don’t think I would. I hope I stay a funny bitch, that’s for sure! What else? Hopefully, I could still sing; that’s pretty key. I hope I stay humble. The core of me, I don’t think, will ever change. I will evolve, and I’m gonna give myself the space to change in those ways, but I hope I continue to prioritize being honest.