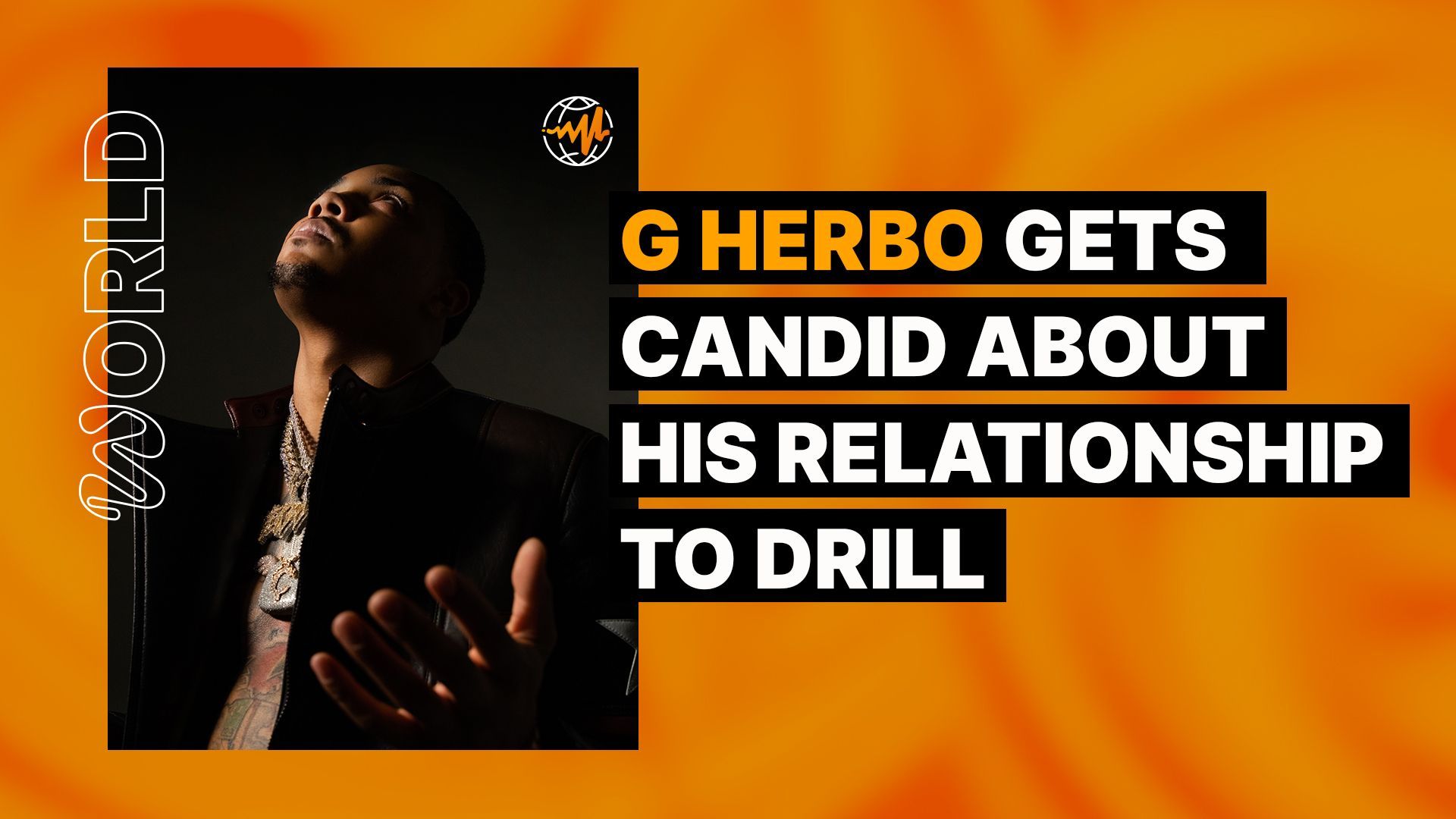 G Herbo’s rise to stardom will forever be tied to the early days of Chicago’s drill movement. “Kill Shit,” Herbo’s breakout 2012 single with fellow Chicago rapper Lil Bibby, is widely considered one of drill’s classic records, one that offers a more nuanced perspective on the “party and savage music” typical of the genre, as Herbo tells Audiomack. The attention the song brought was swift and massive, thrusting Herb into the spotlight of a sound he was initially hesitant to claim.

“I didn’t want to be labeled a drill artist early on, to be honest,” Herbo explains. Though he favored the sounds of JAY-Z, Jadakiss, and Lil Wayne growing up, his time in the streets hearing early drill progenitors like King Louie and Chief Keef ensured he would absorb its tendencies through osmosis. Early projects like his 2014 debut, Welcome to Fazoland, and 2015’s Ballin’ Like I’m Kobe show how Herb’s expansive taste in rap doubled as catharsis.

“I was still in the streets, and I was rapping because it was a form of therapy for me,” Herb admits. His music has retained this confessional edge as he’s grown older and become more comfortable with his status as a worldwide ambassador for drill. His new album 25, out now via Republic Records, even features a song called “Drill,” a tag-team with Brooklyn drill rapper Rowdy Rebel.

Herbo has been rapping for nearly a decade and has seen drill move from Chicago to New York to England and beyond. Though his music has since embraced every facet of hip-hop, he’s still proud to stand as one of the emissaries of his city’s homegrown sound: “If in any way you can influence something or be a part of something that influences others somewhere else, you doing it right.” 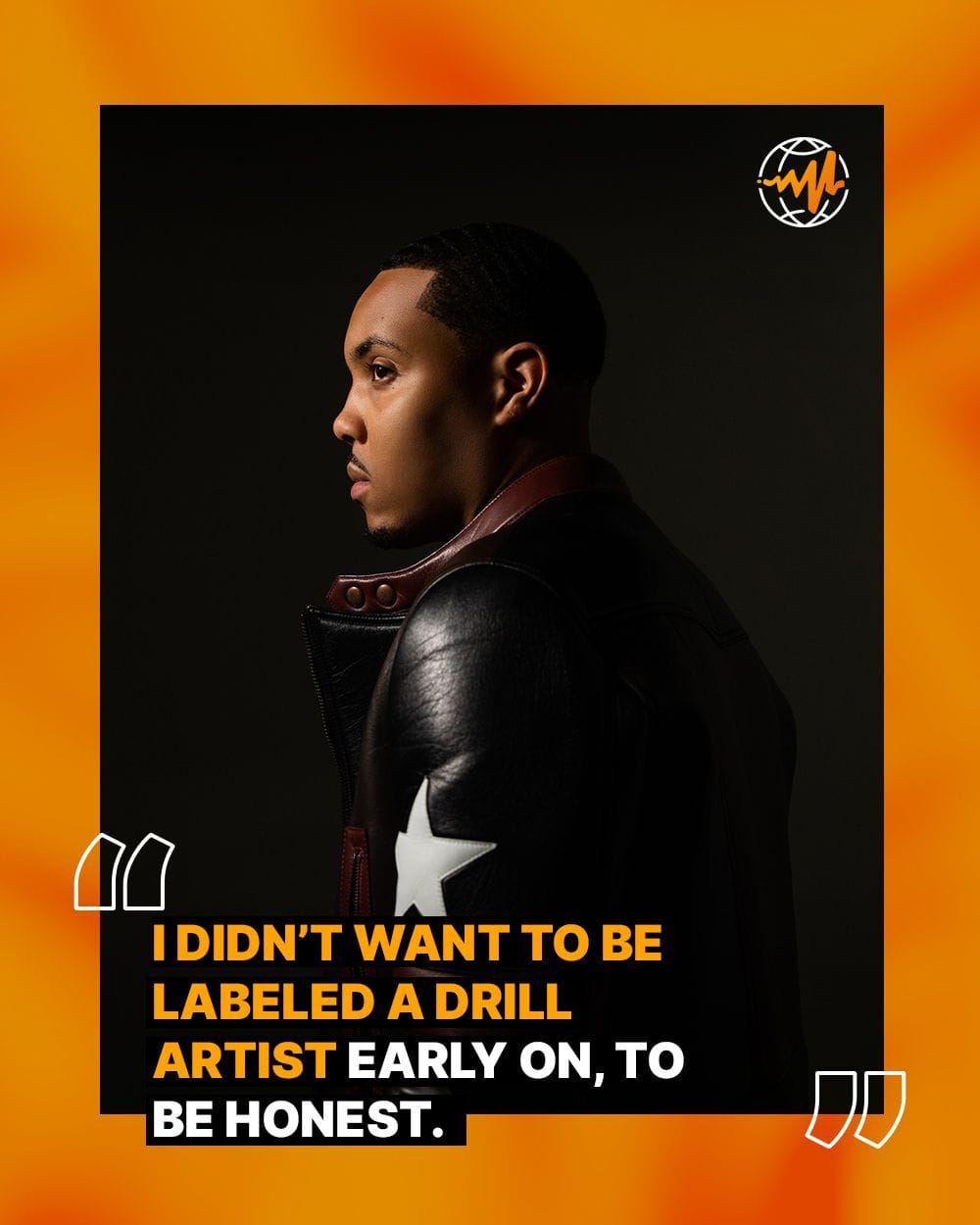 Growing up in Chicago, when did you first hear drill?

My first time really hearing drill was probably listening to old King Louie and Sosa [Chief Keef] and stuff like that. It was never to the point where I felt, “Oh, I need to make music like this.” I don’t even all the way consider myself a drill artist. I just came up as a part of a wave that became legendary. But I was always more into hip-hop and rap music. I always wanted my style to resemble that, but I did come out in the drill wave, so I was able to do and enjoy both.

I didn’t want to be labeled a drill artist early on, to be honest. I was like, “Nah, I rap rap. I like soulful beats,” you know what I’m saying? I never did one project that was all drill beats. I’d maybe have one or two, but there would always be songs with samples and shit like that. I was just trying to be labeled an all-around artist.

It seems by the time you and Lil Bibby released the song “Kill Shit” in 2012, you already knew what kind of artist you wanted to be. How did it feel to be in the center of a movement you didn’t necessarily feel a part of?

I wouldn’t even say I didn’t feel a part of it. It was just a significant time in my life where I was in the mix of being in the streets, for real. Drill was all street shit, but I was talking about my pain and struggles from a different standpoint. When drill came out, we didn’t even understand what we were creating. We were just speaking our truth.

It felt good to be in the midst of that and getting notoriety from legends and the world in general. But I couldn’t really live in the moment and appreciate it because I wasn’t focused on being successful at the time. I was still in the streets, and I was rapping because it was a form of therapy for me. I wanted the world to hear it, but I was rapping for me and my homies to hear that shit.

When you dropped your debut project Welcome to Fazoland in 2014, what did you feel you brought to drill and Chicago rap that no one else did?

I brought rawness. Growing up, I didn’t have hit records, so I had to build a core fanbase of people who fucked with me for my story, and I feel like that’s what’s unique about me. All these other artists had these big hit records that were breaking globally and on the radio all the time, and I didn’t have that. I didn’t feel left out or nothing; I was just chasing something else. I was focused on music that people could relate to and would inspire them to learn more about what’s going on. I didn’t blow up overnight. I took the stairs, bro. 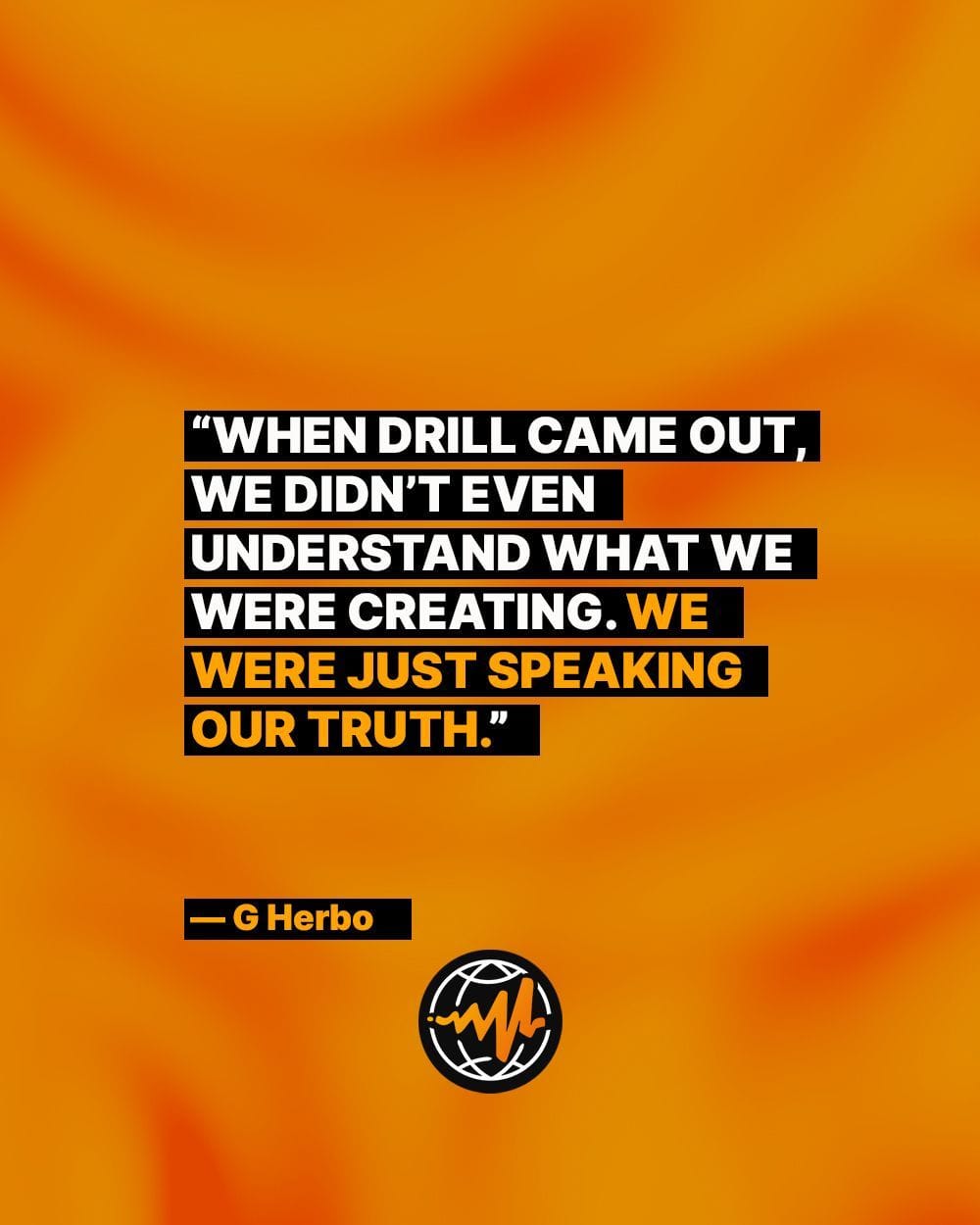 How did it feel to see a movement you helped popularize mutate and connect with people outside of Chicago?

It felt good, man. When shit like that happens, my first reaction is to embrace it and show love. If in any way you can influence something or be a part of something that influences others somewhere else, you doing it right.

Niggas should keep it solid and show love in situations like that, no matter if it’s rap or whatever. Iron sharpens iron. Hip-hop, rap, drill—all that shit the same. Niggas like Bobby [Shmurda] and Rowdy [Rebel] deserve their flowers while they’re still here. They made it cool to be solid in the streets again. I think people was losing that.

As you’ve become more famous and your music has taken on aspects from different kinds of hip-hop, do you still feel connected to drill music in the same way you did when you first started?

For sure. I’d say that because I was one of the pioneers of it, in a sense. For a person looking at the movement from the outside in, we was all poppin’ at the same time, so you would consider me one of those. I’m still connected to it because it’s still people who fuck with my shit [now] who fucked with my shit growing up. On top of that, I can still do it. On my new album 25, I have a song called “Drill,” where I’m rapping drill shit.

Polo G called you a legend of Chicago rap in a recent interview. Considering the last decade of your career and the fact that you’re now 25, are you happy with the legacy you’ve left behind?

Absolutely. Polo’s my brother, man. I consider him a legend with everything he’s done for Chicago and music in general in such a short time. For me to be able to inspire him in any way, that’s why I did it. Not even to motivate them, but to show them what it is to be great.

Me still being able to keep going from here feels like the start of an even greater story. That’s why I keep going.

Do you feel there are specific Chicago drill artists who don’t get the credit they deserve?

That’s a damn good question. I would say yes and no. We all know Sosa will be known as the GOAT because he paved the way for so many of us to come out and succeed. [Lil] Durk doing his thing; [Lil] Reese, too. Everybody played a part in what music is today, still. I feel Chicago music influenced pretty much everybody who doing this shit right now, and you can’t tell me otherwise. Especially for people under 30 years old; we influenced a lot of artists who are still successful to this day.

Knowing that, I feel like nobody gotta get the credit. We don’t do it for the credit or to have people pay homage. The people who are genuine enough to do that are gonna do it. Chicago culture and our ability to wear our scars proudly influenced people. That alone should let you know you’re appreciated, even if they don’t say it.