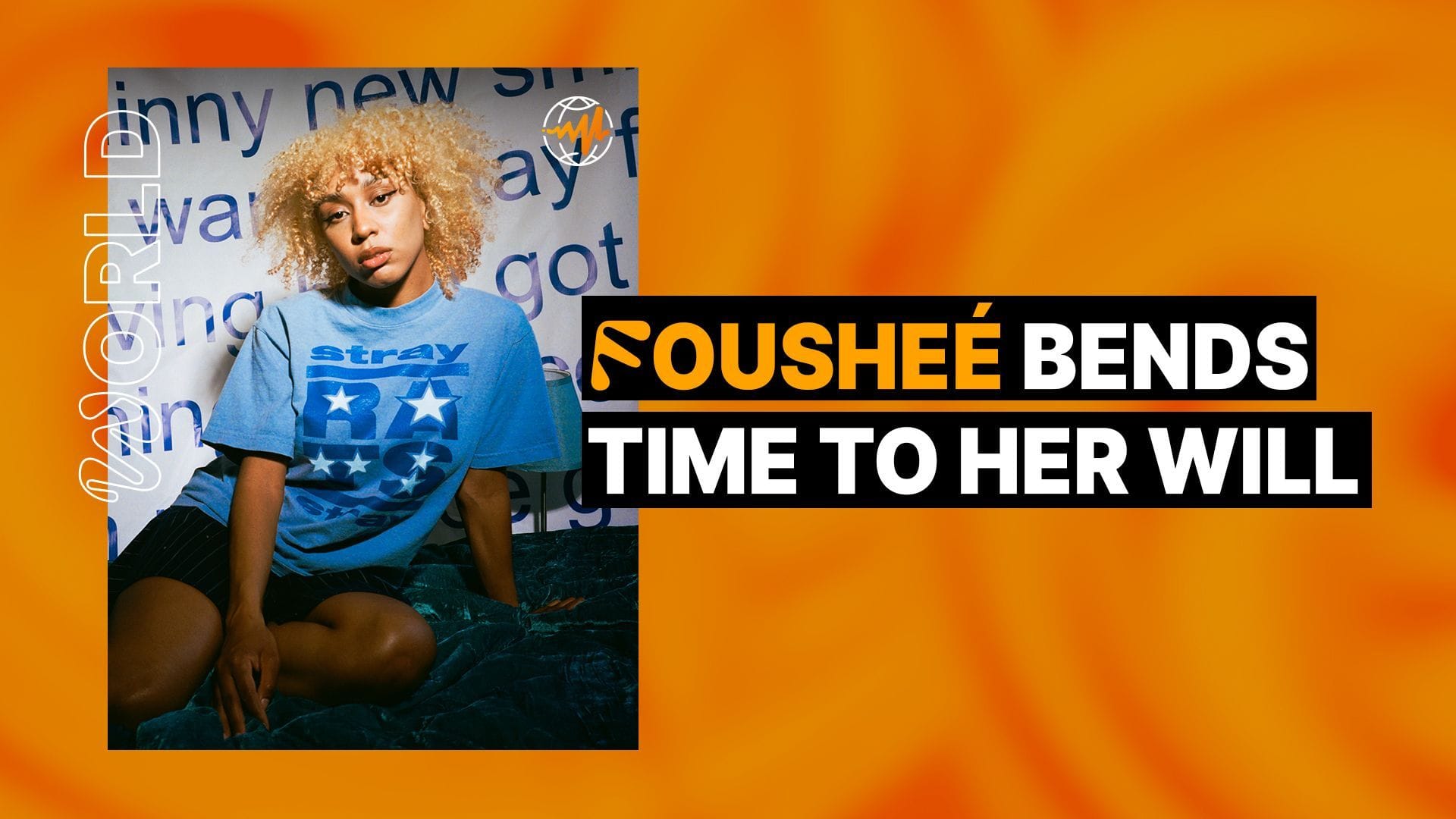 New Jersey-born artist Fousheé grew up with an appreciation for all genres of music. Her mother, Marcia Moore—who was the drummer for the Jamaican all-woman reggae band PEP—would play everything from Bob Marley to Celine Dion around their house. When left to her own devices, Fousheé was drawn to the hip-hop and R&B dominating the radio in the early 2000s. This mélange of influences would grow deeper as Fousheé gained an active appreciation for jazz and rock during her time as a member of the famous New York eatery Cafe Wha?’s house band.

Fousheé spent years developing her wispy vocals with performances across New York and through a handful of singles released at the close of the decade. By 2020, all eyes were suddenly on her. Brooklyn rapper Sleepy Hallow used a sample of her voice as the backbone for his viral hit, “Deep End Freestyle.” Though the Fousheé hook came from a pre-recorded sample pack, a social media campaign quickly materialized to get her a feature credit on the song and would thrust her into the spotlight: “Things quite literally changed overnight. I was working on my career forever, so having my organic fanbase I built on my own with all these new fans overnight was a lot of pressure,” she tells Audiomack.

With her voice on a hit song and the pressure to follow it up mounting, Fousheé pushed herself to make “perfect” songs while creating her debut project, time machine, out now via RCA Records. The album’s thesis, which came about after she recorded the title track, combines past experiences and future hopes into a project that jumps as effortlessly through moods and moments as it does through genres. 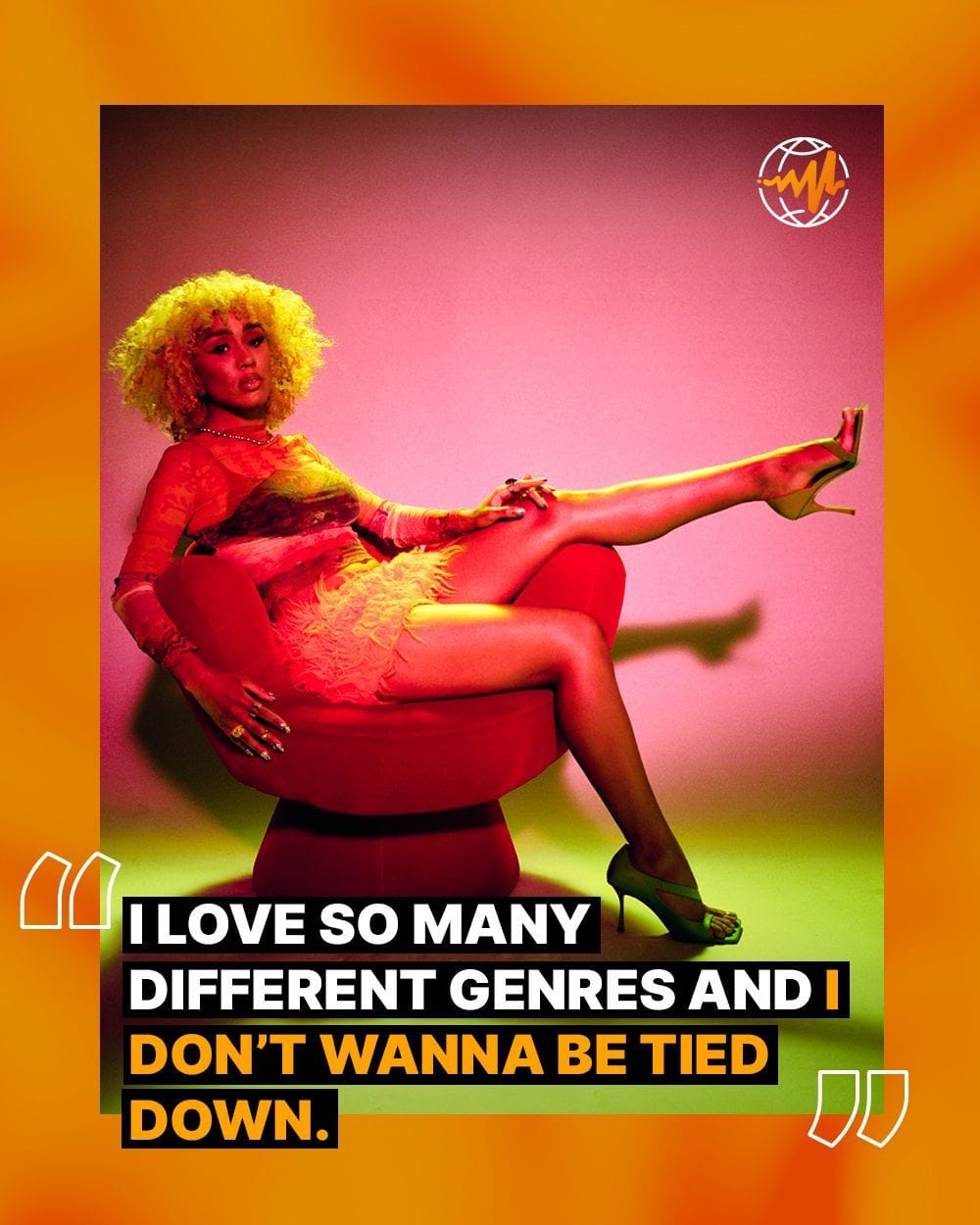 “I do wanna be one of those artists who can jump around,” Fousheé says, shortly after labeling herself “alt-soul.” “I love so many different genres, and I don’t wanna be tied down. I’m glad I was able to jump around a little bit on this project, even though I tried to have some sort of consistency with my voice and some guitar being on every song.”

What initially inspired you to start creating your own music?

Even before being in the New York circuit, in middle school and high school, I was in the studio. I was always making music and always wanted a career, but I didn’t know how. I was pretty naive because I thought you just got discovered. Once I got to NY, I realized you had to put in hard work and put yourself on instead of waiting for someone to put you on.

One of those song ideas manifested in “deep end,” which was eventually sampled by Sleepy Hallow. How did that come about?

I put [the “deep end” hook] out as part of a sample pack. The full song didn’t exist before the Sleepy Hallow version happened: it was just that sample. There were 250 other samples in that pack, and a lot of people were making different songs with it. That was the biggest one to happen. It was a unique scenario.

When people buy the pack, they usually don’t credit the person. I guess my scenario was a special case because the [musical] phrase was a little longer than most samples you hear. It was a whole hook. It was a mess because people were looking for me and didn’t know where to look.

Once the sample blew up, the fight for you to get credit on the song was heavily supported by fans. That must’ve been extremely validating. What was it like seeing such an outpouring of support?

It was everything. Overwhelming; frustrating, at some points; but mostly good came out of it, especially after I got the credit for it. It turned into me having to make a cool song because people were curious about what my version would sound like. I put all my effort into making that song and that video, and it was exciting for me. It just felt like something extra.

time machine was described as a sort of trip through memory and emotion of the past, present, and future. Could you elaborate?

Things quite literally changed overnight. I was working on my career forever, so having my organic fanbase I built on my own with all these new fans overnight was a lot of pressure. It’s past reflections because, being in the house, you’re not making a lot of new memories: I made all of [time machine] during quarantine. Present changes because things happen in real-time. Future was there to think about what it might look like.

I actually made the song “time machine” before I finished the project and felt like it fit. In the song, I’m talking about the pressure of everything and wanting to switch places with someone who has it more figured out and wanting to go back in time and change certain things. 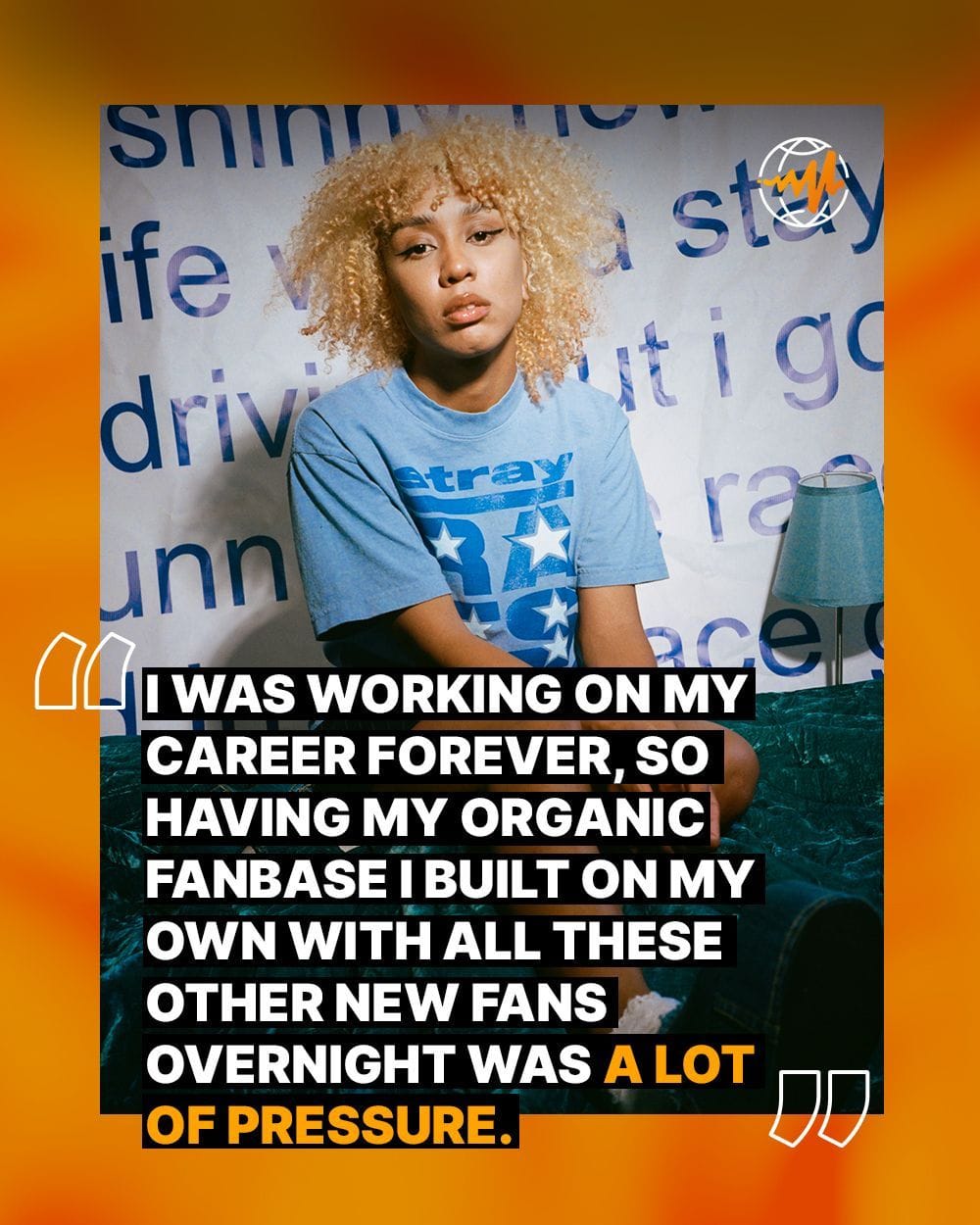 Did you face any challenges putting your first project together within the confines of the major-label system?

I’ve been wanting to be signed since I was a kid, but what labels are and what they represent has changed so much. When it happened, I was hesitant at first, but I have a really great team. It just turned into me having a lot of help. Some of the main things I checked on before I signed were whether or not I’d have creative control or whether or not they’d try to change me. Once I figured out I could still do these things, I knew it would be a good home for me.

So-called “genreless” music is all the rage right now. You’re trading melodic raps with Lil Yachty one minute and covering Depeche Mode songs the next. Does Fousheé fit into any one particular genre, or are you content to just do your own thing?

If I had to label myself, I’d call it “alt-soul.” I think there’s enough room in that to include everything you hear on [time machine]. Alt could mean so many things, but it’s usually got the alternative rock element, and soul could be the R&B, hip-hop, whatever. It’s from my soul, so I think alt-soul seems pretty fitting.

If teenage Fousheé could see how far you’ve come, do you think they’d be proud?

Oh my god, yes, she would. I used to have the cheesiest little smile, so she’d be smiling ear to ear. I’m living the dream. That’s a good thing to remember when the days get hard: Would my younger self be proud of me?